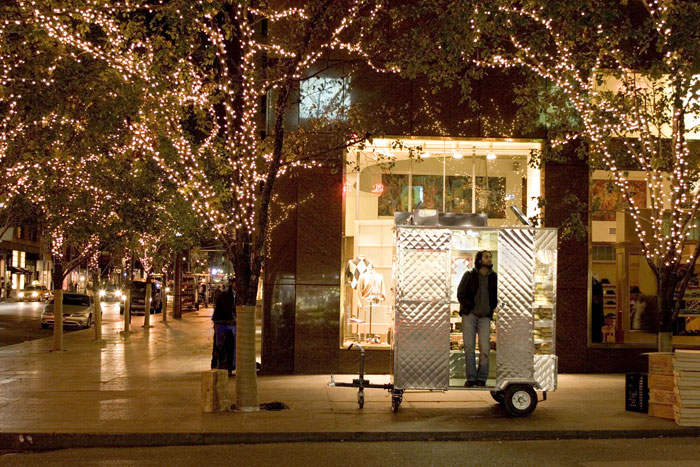 I haven't seen all the nominees ("The Dead Girl," "American Gun," "Wristcutters: A Love Story," etc.), but, as always, there are some most welcome nominations. (Links below go to my reviews, festival coverage -- or even Opening Shots.)

"Pan's Labyrinth," for best feature and cinematography (Guillermo Navarro). (But not Guillermo Del Toro for director and screenplay?!?!?!)

Paul Dano for "best supporting male" (that's the IFP's category) in "Little Miss Sunshine," which is also nominated for best feature, screenplay, directors -- and Alan Arkin, also nominated for supporting male. I love Arkin (it's all about "Little Murders," people!), but I thought Steve Carell and Dano stole the movie, with Toni Collette and Greg Kinnear close behind.

Catherine O'Hara for best female lead in "For Your Consideration."

Biggest disappointments: No documentary nominations for "51 Birch Street" or "The Bridge." The former may have been too deceptively simple and artless (in truth, it's a complex work of art) and the latter too cold and disturbing for many in the Indie tent-party crowd.

I'm still technically on break, but I'll be back to blogging (and editing) Wednesday.

Altman: Life beyond the frame