Joan Didion: The Center Will Not Hold

A fond and appreciative portrait of one of American journalism’s superstars, “Joan Didion: The Center Will Not Hold” may not contain any revelations that will surprise those who’ve followed Didion’s eloquent, often autobiographical writing over the years. But the fact that it was made by her nephew, actor/filmmaker Griffin Dunne, gives it a warmth and intimacy that might not have graced a more standard documentary.

The interview with the writer that wends through the film is actually more of a conversation between aunt and nephew, with the two recalling family events and Didion frequently waving her arms windmill-like for emphasis. While she has always appeared slight, age (she’s 82) and the punishments of fate have added to her frailty, yet she seems engaged and happy to help her kinsman tell her story.

California and tragedy both loom large in her writing, so it’s appropriate that she begins by recalling that her ancestors came West with the Donner Party, but stuck to the planned route rather than veer off on the supposed short-cut that doomed their fellow immigrants. Born in Sacramento, Didion was interested in stories and writing even as a child, and her encouraging mother later pointed her toward a contest that won her a job with Vogue in New York after her college graduation.

Landing in New York at age 20 in the mid-'50s, she was appropriately enchanted. Yet the real romance she found there wasn’t with the city but with a temperamental Irish-Catholic writer named John Gregory Dunne. The two became not only spouses but sometimes-collaborators and each other’s best critic and editor. Their life partnership seems like a true marriage of souls.

After Joan had been in New York eight years, the couple decided it was time to leave and moved to an idyllic beach house north of Los Angeles. Since it was the mid-'60s, they also landed in a place of roiling cultural ferment that Didion became famous for chronicling. She profiled the Doors, partied with Janis Joplin, had acting hopeful Harrison Ford as a carpenter, and hung out with the likes of Brian De Palma, Martin Scorsese and Steven Spielberg.

In Los Angeles, the Dunnes also adopted a newborn girl they named Quintana Roo. Balancing motherhood and work, Joan ventured north to San Francisco to examine the hippie movement, which led to a magazine piece that became the title of her first nonfiction book, “Slouching Toward Bethlehem.” Her natural skepticism and elegant prose punctured some of the self-absorbed California euphoria of that era, which she recalls coming to crashing end with the news of the Manson murders in August of 1969.

As the decade turned, Didion branched out from journalism into fiction and screenwriting that also reflected on the zeitgeist. Her novel Play It as It Lays was adapted into a Frank Perry-directed movie from her screenplay. She likewise scripted Jerry Schatzberg’s heroin drama “The Panic in Needle Park.” While neither she nor Dunne ever seemed as invested in their movie work as in their own writing, it helped support both the latter and their comfortable lifestyle.

One of the most admirable things about Didion was how she kept developing and taking on new challenges as a writer. The legendary New York Review of Books editor Robert Silvers recalls helping persuade her to take on politics as a subject, a decision that led her to death-squad era El Salvador, which she found “terrifying” but which gave her one of her most acclaimed books of reportage, “Salvador.”

Didion’s willingness to take on new and painful tasks as a writer was tested again when faced dual tragedies in the new century. First, Dunne died of a heart attack at the dinner table. Didion reflected on her subsequent life in the memoir, The Year of Magical Thinking. In 2005, while she was promoting the book, Quintana died at the age of 39, the result of a fall. Didion eventually dealt with that blow in the 2011 book Blue Night.

This time of trauma, however, also gave the writer yet another creative horizon. She adapted The Year of Magical Thinking for a Scott Rudin-produced play starring Vanessa Redgrave.

Containing engaging interviews with Didion fans and friends including Calvin Trillin, David Hare and Hilton Als, “Joan Didion: The Center Will Not Hold” does that thing that the best documentaries about writers to: it makes you want to return to its subject’s work as soon as possible. 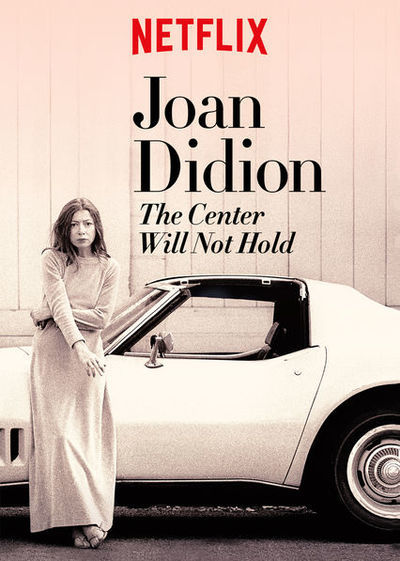 Hilton Als as Himself

Joan Didion as Herself

David Hare as Himself

Amy Robinson as Herself

Shelley Wanger as Herself