In both his work and his interviews, Woody Allen shows a quietly insistent cynicism (he would say “realism”) about the futility of human endeavor in a meaningless, godless universe, and stuff. There is one aspect of earthly existence for which he has a demonstrable soft spot, however, and that is The Past. Which is possibly the reason that his most recent films set there—“Midnight in Paris” and this week’s “Café Society”—are among the most beguiling in his ongoing late work.

The opening image of “Café Society” sets the tone: a breathtaking shot of an impossibly clear-blue swimming pool at dusk, surrounded by elegant people in formal wear. Allen, production designer Santo Loquasto, and cinematographer Vittorio Storaro (the legendary camera maestro here working, as is Allen, for the first time in the digital format, and knocking it out of the park) have a very particular vision of 1930s Hollywood, despite Allen’s well-known and well-worn antipathy toward Los Angeles in general. It is here, Allen tells us in his voiceover narration, that talent agent Phil Stern (Steve Carell), seen at poolside “holding court” before being interrupted by a phone call, is a major player and contented fat cat. The phone call is from his older sister Rose (Jeannie Berlin), matriarch of a clan right out of Allen’s 1987 “Radio Days,” informing him that her youngest son Bobby (Jesse Eisenberg) is headed out to the West Coast, and that Phil should help set him up, despite the fact that the energetic young man hasn’t the faintest idea of what he wants to do.

Speaking of “Radio Days,” Allen limns Bobby’s family with the same anecdotal detail that he used to such great effect in the older film. Bobby’s sister Evelyn (Sari Lennick) is married to a philosophical academic, while his older brother Ben (Corey Stoll) is an aggressive gangster. How all this will come to bear on Bobby’s adventures a whole continent away we have no idea, but Allen’s discursive mode is not unpleasant, and it does in fact pay off, albeit in an oblique way.

As for Bobby himself, Eisenberg initially plays him as a young Allen stand-in, albeit a little more New York street-smart and self determined. Uncle Phil is so busy, and/or uninterested, in giving his nephew the time of day that he doesn’t see him for a week, during which time Bobby decides, with long-distance encouragement from Ben, to sample the local call-girl culture, leading to a “Deconstructing Harry”-reminiscent scene that’s one of the movie’s few sour notes, Anna Camp’s game efforts as an inexperienced prostitute notwithstanding. Once Phil does see the fellow, he makes him an errand boy, and outsources overseeing his social life to agency secretary Veronica, or Vonnie, played by a luminous Kristen Stewart. Together they sample Hollywood Mexican food, the edenic sands of Malibu, and ornate movie houses showing pristine prints of Barbara Stanwyck movies. What a paradise it seems, except that Bobby falls hopelessly in love with Vonnie and Vonnie’s got a mysterious boyfriend. One who’s almost never around because, for one thing, he’s a married man, and for another…

Well, I don’t want to give anything away, but if you don’t see what’s coming, you haven’t seen many Woody Allen films. While predictable in certain respects, “Café Society” surprises in others, one of which is the “life goes on” swerve it makes midway through, one by which, among other things, its title is justified. Bobby and Vonnie’s separate lives see Bobby taking over management of a swank New York nightclub owned by his gangster brother and Vonnie becoming a Hollywood wife. That they never really got over each other is the theme of the movie’s languid, lyrical and sad final third.

When I saw “Irrational Man,” Allen’s film prior to this, in 2015, it occurred to me that Allen has achieved something I never would have predicted, and he himself might have never dared hope: he is, at this point in his career, a better director than he is writer. The plot twists and dialogue of “Irrational Man” were familiar to the point of near-hoariness, but Allen’s work with his actors, his shot selection and his pacing were supple and fleet, and made the movie more effective than it would seem to have had the right to be. “Café Society” has sharper writing than “Irrational Man” (although the longtime Allen follower will hear more than one recycled gag, including one from, of all pictures, the 1967 “Casino Royale”), and when it doesn’t, his cast is motivated enough to bring it off; as tired as the movie’s already oft-quoted line about life being written by a “sadistic comedy writer” is, Eisenberg makes it work in context. (Eisenberg’s performance here, by the way, is one of his best in a while. After the one-two punch of “End of the Tour” and “Batman v Superman: Dawn of Justice,” I almost expected to never enjoy his work again, but he does some pretty special things here; his reaction to seeing Vonnie again, unexpectedly, after a long time apart, is one of them.)

But it’s the filmmaking around the writing that casts a particular spell. Particularly near the end, as Allen adds up the moral failings and squelched desires and doused dreams of all his characters. (The director provides voiceover narration throughout, and while his timing and inflection are on point as ever, his voice is frail, weakening; for the first time in a film, he sounds like the person he is, an 80-year-old man.) And then he wraps the whole thing up at a New Year’s celebration that’s as visually beautiful as the pool party at the film’s opening but is at the same time infused with a powerful but still wistful cinematic incense of paradise lost. 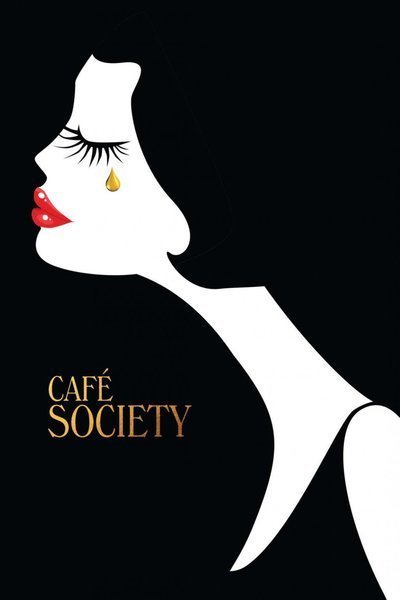 Rated PG-13 for some violence, a drug reference, suggestive material and smoking.