Chloë Grace Moretz, Gayle Forman and Jamie Blackley on “If I Stay”

When Chloë Grace Moretz exploded onto the screen in “Kick-Ass,” spouting four-letter words and slicing foes while sporting killer comic timing, audiences were galvanized. It would’ve been so easy for Moretz to spend the remainder of her career merely inhabiting clones of her breakout role as Hit Girl. Instead, Moretz has tackled one daunting character after another, playing everything from an ancient vampire in “Let Me In” and a Parisian lass in “Hugo” to a tormented telekinetic teen in “Carrie” and a guilt-ridden survivor of a school shooting in Steven Soderbergh’s just-wrapped play, “The Library.” Her latest role is Mia, the heroine of “If I Stay,” director R.J. Cutler’s adaptation of Gayle Forman’s bestselling young adult novel. With her body in a coma and the fate of her family uncertain in the aftermath of a horrific car accident, Mia is faced with a decision: either face life or embrace death. Much of the film unfolds in flashback, charting Mia’s evolution as a violin prodigy and illustrating how her interest in Juilliard conflicts with her troubled romance with Adam (Jamie Blackley), a rocker smitten by her passion.

RogerEbert.com spoke with Moretz, Forman and Blackley about emotional fight scenes, the pitfalls of YA adaptations and the general awesomeness of Stacy Keach.

After embodying pint-sized adults in films like “Kick-Ass” and “Let Me In,” you’ve recently been playing characters that are closer to your age, which is a trickier challenge than it seems. The vulnerability of Mia is a sharp contrast to the self-assurance of Hit Girl.

Chloë Grace Moretz (CM): Yeah, exactly. Conveying that vulnerability as an actor is almost harder than portraying sadness. The hardest thing you can do is show happiness and love and elation. Those are qualities that are hard to manufacture. My role as Abby in “Let Me In” was incredibly hard, but I find it more challenging as an actress, weirdly enough, to be a normal kind of kid who’s falling in love. You can feel loss from the time you’re five years old and your pet hamster dies. People feel loss all the time, but it’s harder to feel true elation, especially when you’re a teenager. 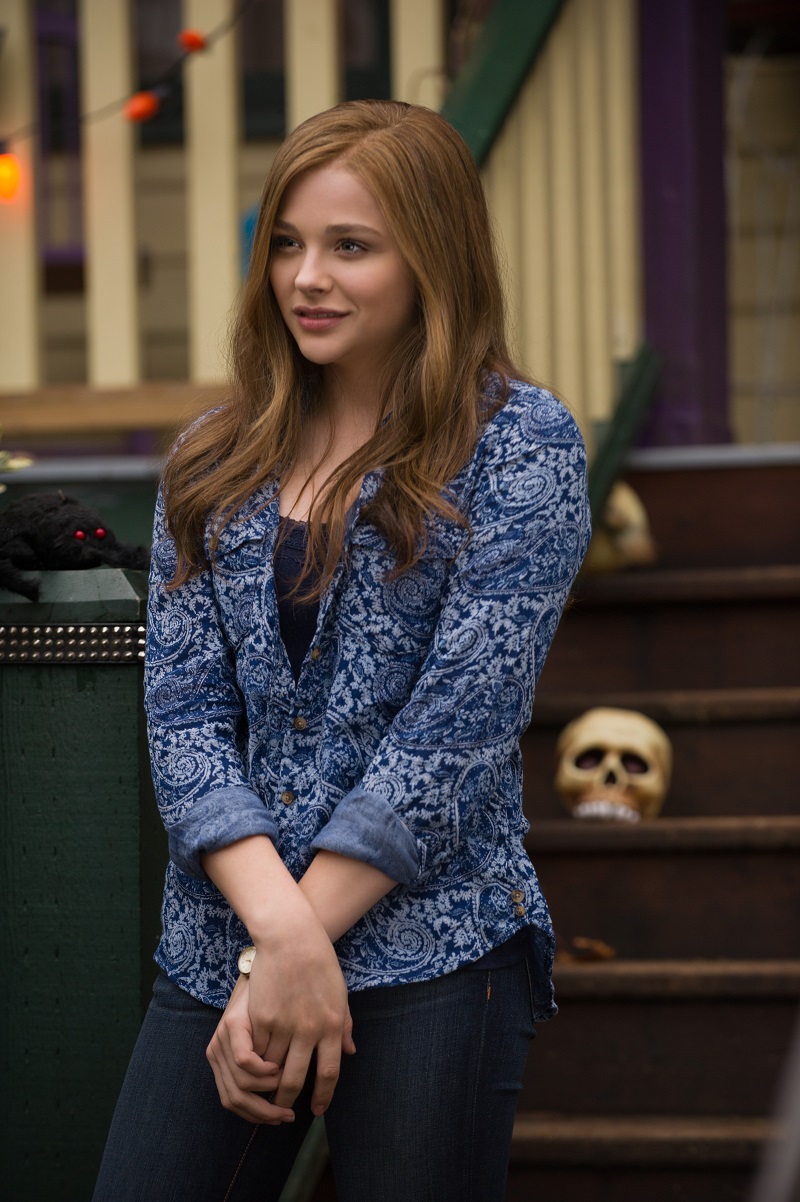 At last night’s Q&A, Gayle was reminiscing about getting emotional onset while watching the actors portray scenes from her book. What was your collaboration like with the filmmakers?

Gayle Forman (GF): I was lucky, first of all, that the project landed with Alison Greenspan. This was a producer who really found something that touched her in the pages and that was a guiding principle all along. It just seems to be a special project where everybody who has come in contact with it has felt very protective over the story. That’s not to say we’re insisting that the book must be pasted onto the screen, because that doesn’t work. That doesn’t make a good film. The idea is to translate these characters and the emotional experience of the book onto the screen. Chloë really connected with Mia, and has always wanted to do the film. R.J. felt the same way, so I knew that the film was going to be its own piece of art. It started with the script [by Shauna Cross], which just got better and better. Then we started casting. We had Chloë attached from the get-go, but when they started to bring in Mireille [Enos] or Liana [Liberato], I kept finding myself saying, “Oh wow, she’s perfect!” And when [Jamie] came in, I thought, “How the hell did they find him?” [laughs] When I saw scenes being shot onset, my ongoing thought was, “They’re really getting this.” Oftentimes when you see adaptations of books you like, you’re let down. As an author, you assume that they are going to suck. A little bit of hope is dangerous. But I’ve seen the final film a couple times now and I really do think that it works in all the right ways.

I particularly liked how the male love interest isn’t as idealized as those often found in YA adaptations. How did you approach the character?

Jamie Blackley (JB): We’ve all experienced young love, but I thought that would probably be the hardest thing to make feel real onscreen. Yet once we started shooting, it all came pretty easily. As for the music side of it, I got a chance before we started shooting to work all of that out. I just did music rehearsals for the first two or three weeks. I’d go back to the hotel and learn songs for the next day. It felt like I was in a band, and I would get excited to go play with the other musicians. It all felt pretty real. 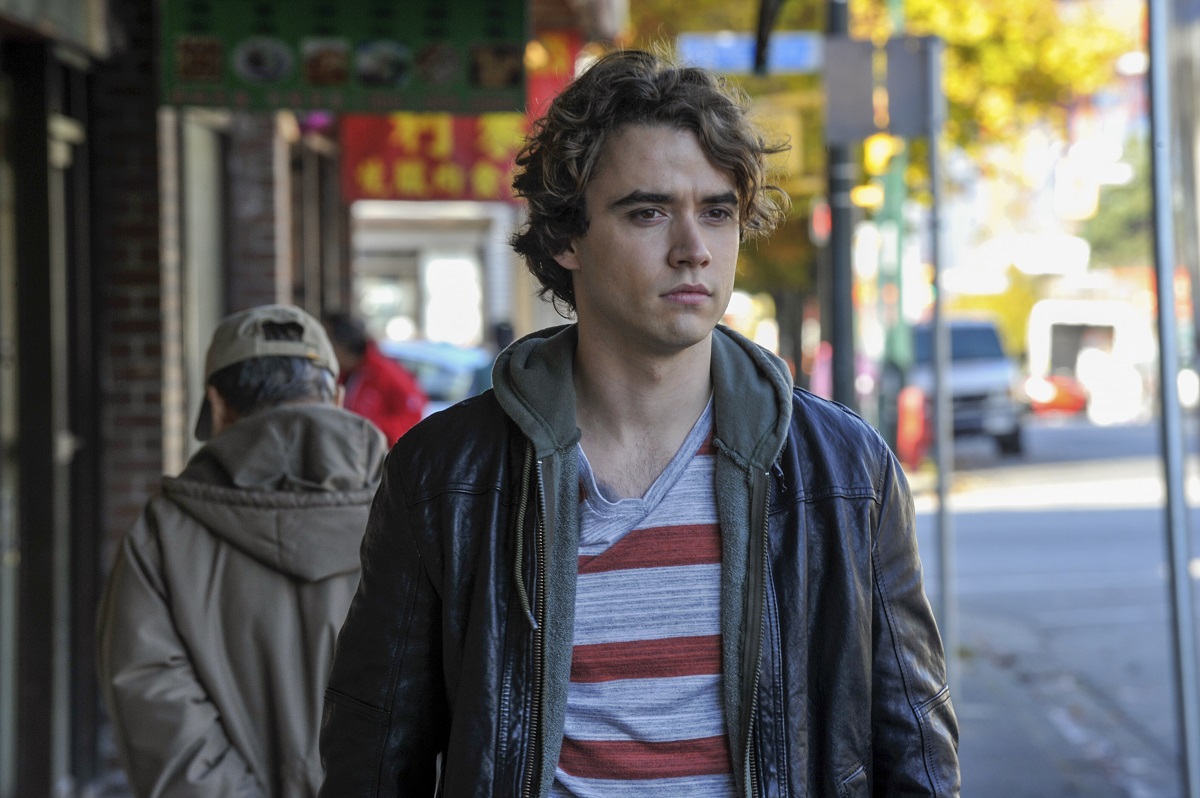 The strain on Mia and Adam’s relationship rang especially true as they find themselves pulled in different directions. You [Chloë] have recently been quoted saying that you don’t want relationships to be your primary focus in life. Is this one way in which you could connect with Mia?

CM: Definitely. I could connect to Mia in a ton of ways, and the main way was the fact that we both have this passion. It isn’t a boy, it’s the cello for Mia and for me, it’s acting. We both found our first love at five years old, and it’s always been our number one thing. No matter what, you wouldn’t give that up for anything. That’s what happens in the fight scene between Mia and Adam. They’re both having this big clash and the minute she starts to pursue her dreams, meaning that she might have to leave Portland, he can’t really handle that, which is what happens at that age. You haven’t gone to college, you haven’t felt your life out, you haven’t become a full person. You’re a kid. You get in over your head and you feel these emotions that are real and raw but your psyche can’t handle it because you’re not formed enough to handle it. I think it was realistically portrayed through Gayle’s writing and the script and how we performed it. They very much love one another but they both have such a passion and drive for what they want to succeed in that it kind of derails their relationship a little bit.

GF: It brings them together and it pulls them apart. I love that fight scene so much. A good fight scene is really a good love scene. It’s not one of those books where the characters go, “Yes, we will go to college together and stay together no matter what.” Somebody is sacrificing something. I love how the film shows both of their musical stars rising as they’re falling in love. Even if this accident never happens, you know trouble is coming.

Your books have often taken the form of dual narratives, where the same relationship is explored from each lover’s perspective. Could you see this working cinematically, as in “The Disappearance of Eleanor Rigby”?

GF: Not for “If I Stay” and “Where She Went.” I have another pair of books [“Just One Day” and “Just One Year”] that are structured as transparencies where each book gives you a completely different picture of the same relationship. We want those to be done as one film when that happens. In the case of “Where She Went,” I never intended to write a sequel. I thought I was done and that “If I Stay” would be a standalone book. I was actually writing an entirely different book that I had under contract. I would write that book during the day and then at four o’clock in the morning, these characters would be banging on the door in my head asking, “Where the hell have you left us?” Even though the book ends on a hopeful note, the characters have a hellish period ahead of them. I didn’t even want to think about that so I chickened out and skipped ahead three years and that’s where the story started to materialize and it became Adam’s story. It’s not really a retelling of “If I Stay.” It’s kind of a chronological story of what happens afterward. It’s about the consequences of the promise Adam makes to Mia and the consequences of Mia’s decision to “stay” and what it does to their relationship. 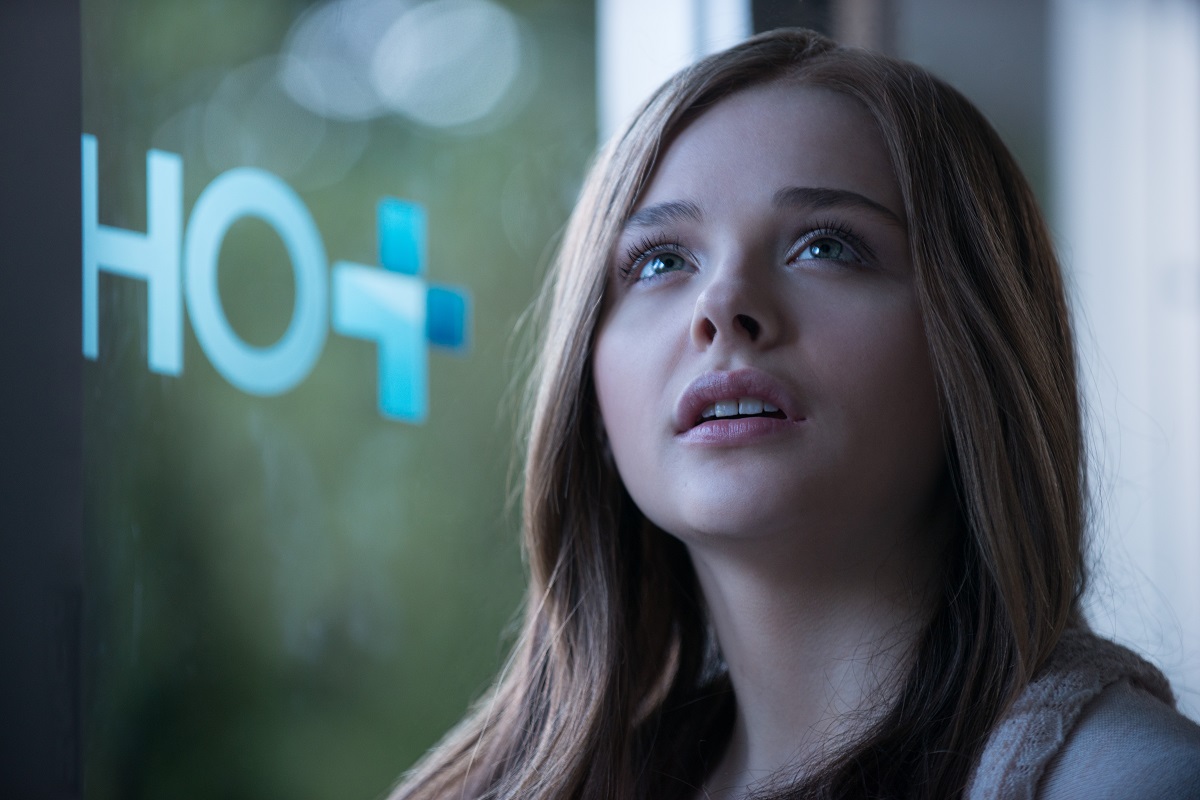 Another strength of this film is its excellent ensemble. The monologue delivered to Mia by Stacy Keach as her grandfather is simply shattering.

JB: Oh my god, he was amazing!

GF: When his voice starts cracking, it just kills me.

What was it like performing that scene with him?

CM: I was not prepared for it at all. I was not prepared for how sad it would be to see Stacy cry. He’s one of the nicest guys ever and I connected with him when we were filming the Juilliard stuff. I thought, “He’s such a sweet guy, he’s so kind.” When we did this scene, we shot both of our coverage at the same time, which was great, because we didn’t do that a lot, but those days got really tight on time. There were so many scenes where people had to say goodbye and that was when we had to really hone in on our work. Since we shot the double coverage, what you see in the film is literally my reaction to Stacy Keach’s performance. It was so sad. He did such an amazing job.

Another person worth mentioning is Liana Liberato, who gives a wonderful performance as your friend Kim, and absolutely destroyed me in David Schwimmer’s 2011 film, “Trust.”

CM: I love that film. Liana and I became really good friends. We would all hang out offset and had a good time. We were lucky because we are all pretty normal people.

JB: There wasn’t anyone there that would make you go, “Ugh, I don’t want to hang out with them.” [laughs]

CM: No one asked us to perform the “Cups” song [from “Pitch Perfect”] in one of our scenes together. We just got it off of YouTube and learned it that day. We were all just normal kids.

One film I am very excited to see is Olivier Assayas’ “Clouds of Sils Maria,” where you act opposite Juliette Binoche. What was it like attending the film’s premiere at Cannes?

CM: It was shocking. You’re walking up those steps with a thousand other people and there are two hundred photographers taking pictures of you. I was holding Juliette Binoche’s hand and I was so confused and I was jet lagged and I felt like I might be on some other planet. [laughs] It was the most confusing experience of my life. But it was amazing. We got an eight-minute standing ovation after the movie. I could never do Cannes again and be happy with the experience I had. It was really special.