In his interviews, in his public life, Mike Nichols projected a kind of pained intelligence, discriminating, focused, lethally sharp, but well aware that smartness was no guarantee in life.

The son of Jewish parents, he was born Mikhail Igor Peschkowsky in Berlin and sent to the United States as a little boy just as the Nazis were arresting Jews en masse. It was a perilous escape. He knew only two sentences in English, one of which was “Please don’t kiss me.” And he suffered from a condition called Alopecia, which left him without any hair on his body.

Yet the overall impression of Nichols in both his life and career was not vulnerability or otherness. Quite the contrary. Writer Janet Coleman found him “Cold, hungry, ambitious, insufferable, and brilliantly witty…He acted like a princeling deprived of his rightful fortune.” Maybe this was all an act to protect himself, but it served him well. He kept challenging company always. At the University of Chicago in the 1950s, the young Susan Sontag considered him her best friend. 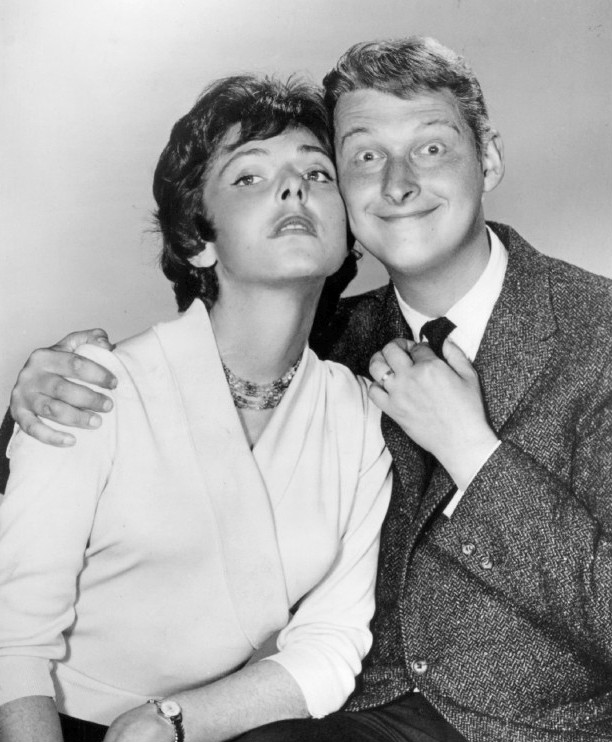 His improvisational collaboration with Elaine May in the late 1950s and early 1960s was a phenomenon, and remains something of a mystery. They broke up as a team in 1961 but stayed in contact. Nichols said that May’s first rule in improv was “when in doubt, seduce.” He felt that there were only three kinds of scenes: fights, seductions and negotiations. They did blind dates and interviews and they sent up psychoanalysis and smothering mothers. They were bright, they were hip, and they brought an intellectual patina to their comedy that has been much imitated but never equaled.

Trying to explain their success in a “Vanity Fair” interview from last year, May said, “I brought a kind of rough, cowboy-like attitude, and Mike was very attractive and groomed and…We were very similar. I mean, he was a Method actor, and I was Method…We found the same things funny; we were both mean and Method.” They broke each other up a lot on stage, and they suggested that whatever they were laughing at was some smart in-joke, an enormously seductive thing for a certain type of audience.

After the break-up, Nichols started directing Neil Simon plays on Broadway like “Barefoot in the Park” and “The Odd Couple,” hit after hit, the laughs coming like clockwork. And Nichols was very serious and relentless about those laughs. I once talked to a well-known character actress who worked with Nichols on a comedy on stage in the 1980s. On opening night, she said, he came to her dressing room and indicated several places in the script. “Those are your laughs,” he told her. “And if you don’t get them, you’re fired.” I asked if Nichols might have been kidding her. She didn’t seem to think so. 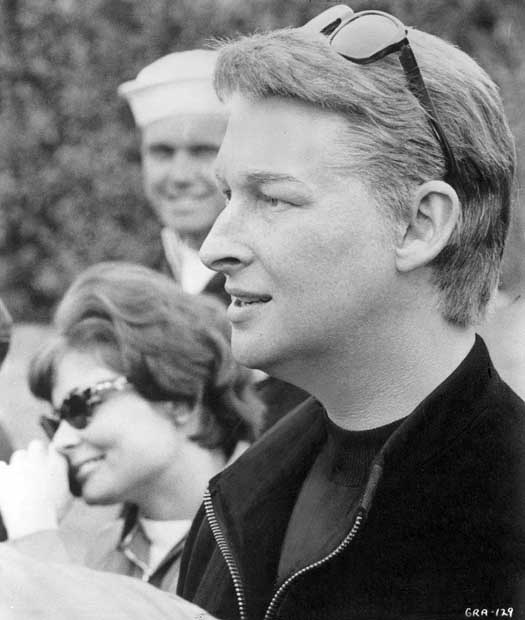 Nichols in the theater represented the smiling success of success, and he made a similar splash when he directed his first two movies, “Who’s Afraid of Virginia Woolf?” (1966) and “The Graduate” (1967), huge hits, enough to set anybody up for life, practically. That first movie, an adaptation of Edward Albee’s major play on marital love turned viciously bitchy and sour, was an uneasy proposition. It cast the two biggest stars in the world then, Elizabeth Taylor and Richard Burton, as George and Martha, the main combatants, even though she was much younger than the part called for and maybe not up to the verbal slice-and-dicing.

But Nichols did a kind of magic act there, helped immeasurably by the dingy black-and-white cinematography of Haskell Wexler, Taylor’s willingness and her desire to impress Burton, and his own deep fascination with the play itself, which did not end after the film was completed; he and Elaine May played George and Martha at the Long Wharf Theater in New Haven in 1980. Yet when you watch the movie today, it is George Segal as Nick, the young biology professor hoping to score with Martha for career advancement, who seems to be closest to Nichols’s own sometimes callow smartness mixed with keen awareness of that callowness.

“The Graduate” was a novel about a kind of human surfboard, a Robert Redford type, but Nichols cast Dustin Hoffman, a 30-year-old character actor from New York, and based the best scenes, the seduction of Hoffman’s callow Benjamin by the sultry and very angry Mrs. Robinson (Anne Bancroft), on the tick-tock timing of comedy that he had pioneered with May. The alienation in that famous movie is surely, at least in part, Nichols’s own.

Some said he didn’t make personal movies, that he was most concerned with tickling the zeitgeist and having his cake and eating it too with slick, “smart” hits. And that was true, to a certain extent. But there is real disquiet in “The Graduate,” and Nichols allowed and facilitated the brute strength of Bancroft’s performance. The rhythms of her scenes with Hoffman often “work” in a somewhat remorseless way that is also based on Nichols’s Broadway experience with Neil Simon plays, but there is terror in that movie under the songs and the color and the flattering of youth. And he did end it on a sour note, Benjamin and Mrs. Robinson’s daughter Elaine (Katharine Ross) sitting in the back of a bus and wondering what happens after a burst of cleansing energy, after “happily ever after.” 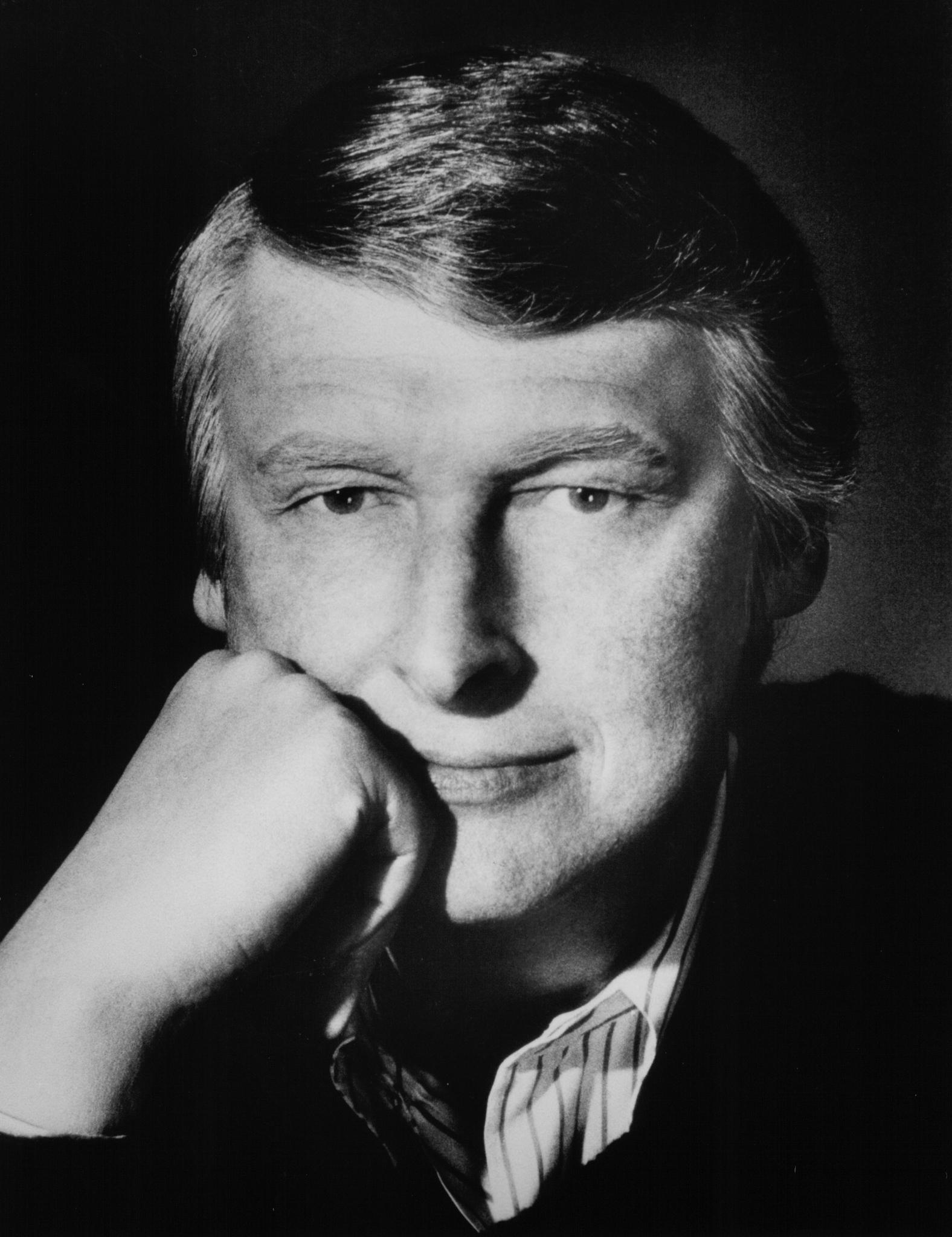 Nichols was not infallible by any means when it came to choosing what would be a hit for him in the movies. His filmography is smallish, which would seem to indicate discrimination, but there are more than a few outright duds: “Catch-22” (1970), “The Day of the Dolphin”(1973), “The Fortune” (1975), “Regarding Henry” (1991), “Wolf” (1994). But there is also “Carnal Knowledge” (1971), a very grim, shivery movie about male and female power struggles from the 1940s to the early 1970s, based on material that couldn’t be less flattering to Jack Nicholson’s chauvinist character Jonathan. “Carnal Knowledge” is empathetic and painful and hurt and mysterious, and there would be a similar mood in a movie Nichols made years later, “Closer” (2004), where he films new male-female power struggles with a nearly lustful eye for the sexual allure of Natalie Portman and Clive Owen.

Otherwise, the rest of Nichols’s film career was spent as a director who could please Meryl Streep. “Silkwood”(1983) and “Postcards from the Edge” (1990) are two of her better vehicles, drastically different in tone, one weighty and paranoid and depressed, the other light and bright and weightless and pastel. Whereas “Working Girl” (1988) is a very dated look at 1980s capitalist striving that Nichols seems to have went into without gulping.

Always it seemed like the man himself was better than that, better than the way he tried to please his audience by shape-shifting into what they might want. His air of disappointed grandeur was best revealed in his superb performance in a 1996 film of Wallace Shawn’s play “The Designated Mourner,” in which he put across the full horror of a man giving up and repudiating culture. In the monologue where he describes defecating on a book of poetry, Nichols seems furiously involved and scared and revealed, and he goes into that without gulping, too.

“Why didn’t we stick with the act?” he asked May last year, in that “Vanity Fair” interview. “It was your fault. You wanted to stop. We should still be doing this.” They talked about doing it again. She had been a writer on his movies, often uncredited. Nichols and May. They have an allure still as a couple that has not dimmed, or been explained.

Nichols won a Tony award for directing “Death of a Salesman” in 2012, a prestigious capstone to his career in the theater. He was a success almost all of his life, in one way or another. So why do I feel like things might have gone differently for him, not better, necessarily, but more true to himself and his sensibility (a lot to ask, I know, for a young Jewish boy with no hair who just missed the Holocaust by a frighteningly narrow margin)?

In thinking about his films, the most powerful thing to me is the scene where Benjamin and Mrs. Robinson are in bed in “The Graduate,” and he insists on talking instead of just having sex like they usually do, and she sneers at him, “How about art?” They keep talking a bit until she has let her guard down enough to admit that she had studied art at school. The look on her face when she admits that! That is Bancroft’s achievement, of course, but it wasn’t an easy scene, as Nichols himself admitted, and he understood that look on her face. When his understanding of something like that was admitted, or confessed, there was no one more sensitive and incisive than Nichols, but, understandably, he felt the need to keep that hidden, most of the time.