Before "Deadpool": The Golden Age of the R-Rated Blockbuster

In a move that must offer a great deal of comfort to people who toil on lost causes everywhere, the attempt to make a movie star out of Ryan Reynolds finally struck gold with "Deadpool." Its $135-million opening weekend washed away pyrite memories of “Green Lantern” and "Self/less." It also rejuvenated Hollywood’s interest in R-rated blockbusters. Unfortunately, it seems Hollywood is getting ready to learn the wrong lessons from success again. It isn’t so much that pasting curse words onto the flagging comic book movie juggernaut is the next step to insure they continue to be a license to print money. It's that audiences don’t want to see the same movie over and over again. And the bloodless, sexless, anemic PG-­13 rating has slowly drained mainstream genre movies of their drive and nerve. It used to be par for the course that among the PG­-13 sops there would a healthy crop of event movies that earned their R rating. And the freedom it gave directors to run to the limits and past them is sorely needed now. Full frontal shots aren’t going make comic book movies grow up or be more palatable to audiences in telling the exact same origin story. Things will be better when R-rated blockbusters remember their roots and stop being afraid of women, sex, and consequences.

Perhaps the best of the R-rated blockbuster directors was Paul Verhoeven. Coming to Los Angeles by way of Amsterdam, he brought an outsider’s perspective and energy to American popcorn flicks. His first English-language film, “Flesh + Blood” was part of the medieval fantasy films boom made in the wake of “Excalibur,” but there wasn’t a single dragon in sight. Brutal and bloody, "Flesh+Blood" is "Game of Thrones" done better, tighter and sharper. It is anchored by two excellent performances from Rutger Hauer and Jennifer Jason Leigh. In the film co-written by Verhoeven, Hauer is the leader of a group of brigands and Leigh is the fair maiden whose caravan he captures. Instead of a hearts-and-flowers romance, what follows is sexual assault, kidnapping and fleeing the plague, with Leigh discovering that a ruthless pragmatism can be a weapon stronger than a sword. 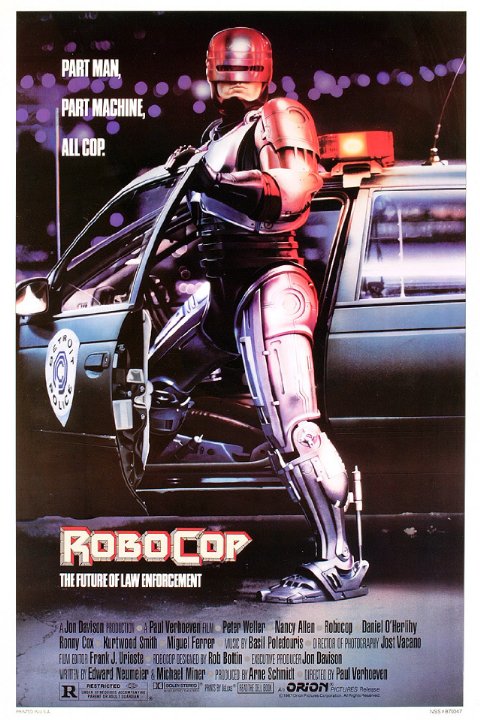 Next for Verhoeven was 1987’s magnificent "RoboCop." A satire of '80s excess set in the near future, it created an eerily-prescient view of the early 21st century from an over­-armed police force to drowning our despair in consumerism. It was a supremely uncomfortable moment finally catching up with the film two years ago and it having to be pointed out to me that the cops in body armor and toting assault rifles was meant to be a sick joke. Peter Weller is great as a machine horrified to realize it was once a man. And Nancy Allen as a fellow officer is the only bit of warmth and tenderness in a world that’s become branded slogans and gunshot wounds that had to be toned down to get the film an R rating. It spawned disappointing sequels and a PG-­13 remake but it’s a film that’s aged incredibly well, partly because it’s such a late '80s time capsule that saw so clearly where we were going as a society.

“Total Recall” has the happiest ending of Verhoeven’s hits, so it’s quite fitting that it might only be taking place in the hero’s head. An incredibly loose adaptation of Philip K. Dick’s “We Can Remember It For You Wholesale,” the film puts Arnold Schwarzenegger through one of his best roles as a working stiff who discovers accidentally he’s actually a crucial link in freeing the Martian colony from cruel corporate rule ... maybe. It was a sci­-fi hit that looked and played like a Heavy Metal comic come to life. And in the current age of insisting sci­-fi be blue and no fun at all, the oranges, reds, and hot pinks of Sharon Stone’s lipstick look better than ever. 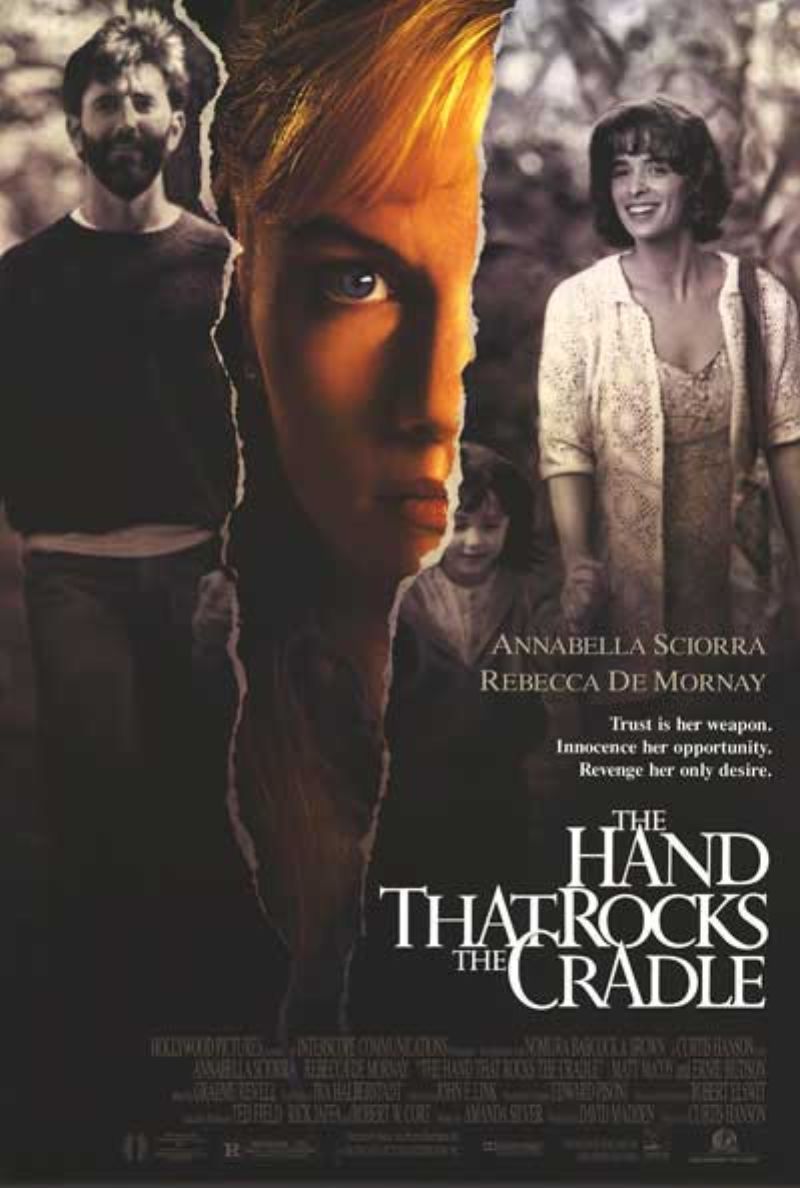 Women behaving badly or under duress was a reliable variety for the R-rated hit. From maternal protectiveness turned psychotic in “The Hand that Rocks the Cradle” to Geena Davis kicking ass in "The Long Kiss Goodnight," audiences lined up to see actresses over 30 turn into monsters or try to outwit them. It was taken for granted that male audience viewers would identify with a female protagonist, nor was there concern that a woman’s story would fail to be "universal." The variety of roles was such that Glenn Close could go from being the villain in "Fatal Attraction" to being betrayed by him in "Jagged Edge."

For American born contributions to R-rated hits, there was John McTiernan. In the same year as “RoboCop,” he offered “Predator,” a first-rate thriller that mixed elements of action, horror, and sci-fi with a healthy portion of political queasiness at the United State’s proxy involvement in various Central American conflicts. In the film, a team of Black Ops specialists find themselves getting picked off one-by-one by a far deadlier opponent than the rebels they’re supposed to be hunting. The title creature, when revealed, is one of FX maestro Stan Winston’s finest designs, truly looking like nothing else had before.

McTiernan followed up with “Die Hard,” an instant classic. Numerous ripoffs since have done nothing to blunt the original’s wit, charm and excitement. Bruce Willis was made a movie star and the sorely missed Alan Rickman nearly stole the entire thing in his first film role. The film’s staying power resides not just in its first-rate action sequences but taking the time for scenes where Rickman orders the release of political prisoners like he’s ordering salmon from the Harry & David catalog. 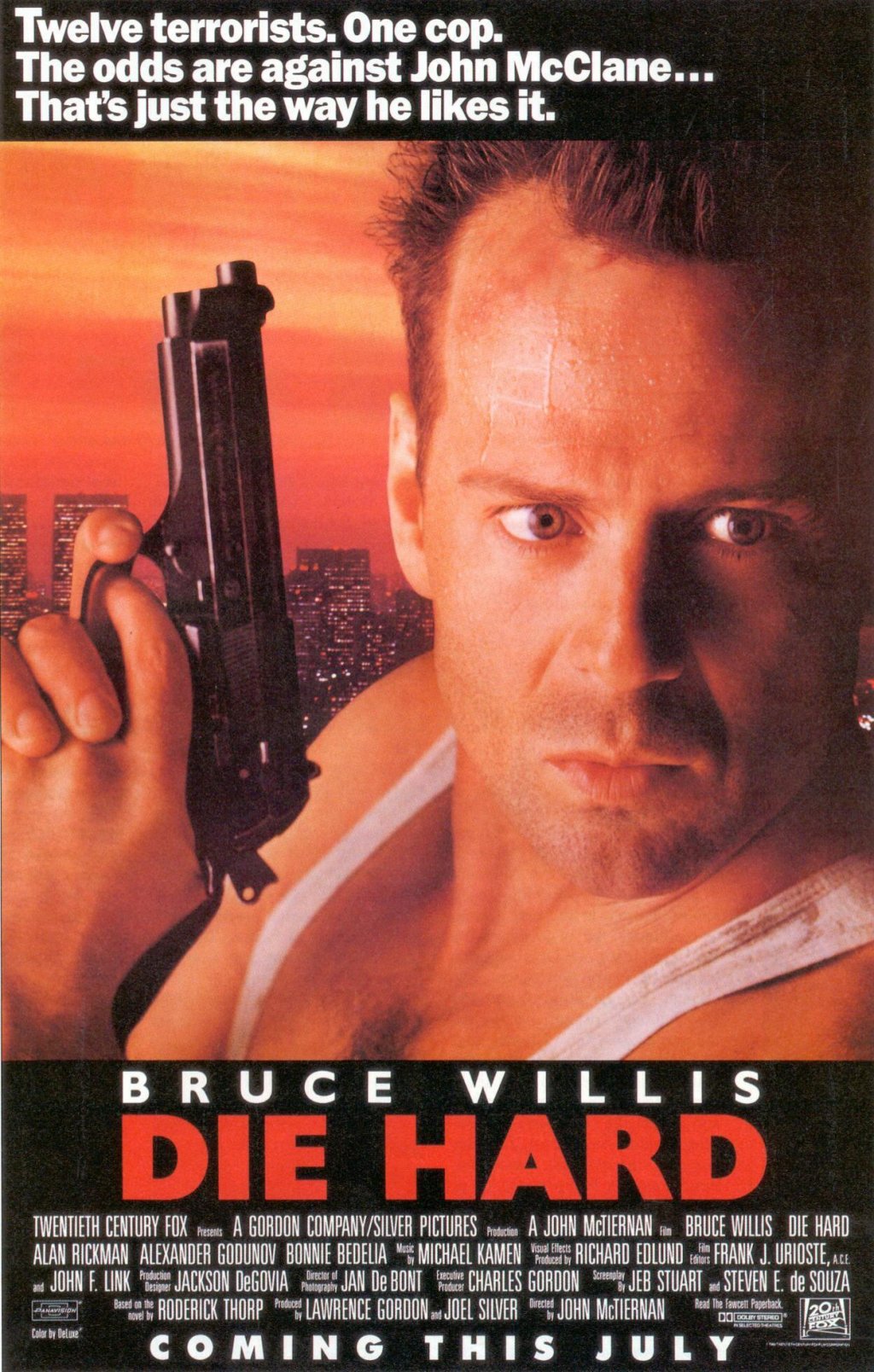 The sequel “Die Hard 2: Die Harder” would be handled by another European import, in this case Renny Harlin. It’s louder and bigger, but the charm of the original had faded. Still, it isn't without it’s moments, the ending being downright cheeky at the excesses of American blockbusters as the hero is surrounded by clouds of money fluttering around him on a airport runway.

A better sequel was "Terminator 2: Judgment Day," James Cameron’s own follow up to his lean, tough original from 1984. In a body as sculpted as her Matsuda sunglasses, Linda Hamilton raged against everything from lecherous security guards to killer robots that could change form at will. It is a gorgeous film, infused with the heat and apocalyptic dread that’s always gnawing at the edges of Los Angeles. But it also carries a warning of what was to come with Blockbusters becoming PG­-13 only. It was already blunting its own edges with Arnold Schwarzenegger playing a cuddly protector this time around, and an unwillingness to suggest that the coming Armageddon was inevitable.

But looking at all those films as a whole, it’s hard not to miss them. At the very least there was not the visual sameness that plagues the comic book movie boom now. The crisp greens of “Predator’s” jungle are not the red dust-covered outposts of “Total Recall’s” Mars. One of the rare exceptions to the Marvel house style has been James Gunn’s "Guardians of the Galaxy," which looks heavily influenced by sci­-fi artist Chris Foss. The film is a riot of yellow with streaks of green and purple. Interestingly, before “Guardians of the Galaxy,” Gunn directed the R-rated “Super,” an incredibly dark and scabrous send-­up of the superhero genre that goes places a Marvel or DC property wouldn’t dare. It also features an absolutely unhinged performance from Ellen Page as the nominal hero’s sidekick who takes to the violence of the job a bit too well.

At their best, R-rated blockbusters were about the thrill of breaking taboos, of seeing things you weren’t allowed to see, things you never discussed in polite company. “Deadpool” is shocking for sure; it remains to be seen if it will be memorable. And it certainly won’t be if the only lesson Hollywood takes is to tell the same orange and teal hero’s journey about a young white male. Only this time—he says “fuck” a lot.