Filmmakers have struggled with the definition of what it means to be a human being for decades. Are you merely a product of flesh and bone? Do you believe there’s a soul? Or is your mind the most definitive aspect of your existence? From Rod Serling to “Seconds” to silly body switch movies like “Freaky Friday,” the consideration of the human body as a shell, one that can house a persona other than your own, has fascinated some of our most creative voices. And when it was announced that a visually striking and philosophically ambitious filmmaker like Tarsem Singh (“The Fall”) was going to wade into these waters himself, there was reason for notable optimism. Which makes the result, “Self/less,” all the more frustrating. "Self/less" is a bland, generic product that almost defiantly refuses to explore the complex issues which it raises, perhaps in an effort to appeal to a wider audience. The narrative outline of “Self/less” is a philosophical theme park, readymade for daring, complex filmmaking. And Singh and his writers never go on any of the rides.

Damian Hale (Ben Kingsley) is an uber-wealthy New York businessman, the kind who appears to have chosen to cover his entire, lavish apartment in gold one day, simply because he was bored. Sadly, all the wealth in the world cannot defeat the cancer that’s killing him, nor can it reunite a bitter man with an estranged daughter (Michelle Dockery). Hale receives a mysterious business card that promises him a future that his body cannot. He meets with an obviously nefarious scientist/CEO named Albright (Matthew Goode), who tells Hale about “shedding,” a process that allows someone to discard their broken body for a new, genetically grown one, for a cost of only $250 million. Hale signs up.

After going through a visually dull process (and here’s where you start to wonder why Tarsem didn’t make different aesthetic choices, and not for the last time), Hale wakes up in the body of Ryan Reynolds. He’s given a new name—Edward—and relocated to New Orleans, where life appears to be exactly what he wanted. He drives a fast car, plays basketball, and even makes a new friend (Derek Luke). The one hitch is that Edward has to take a little red pill at the same time every day or risk hallucinations, migraines and even death. After missing just one pill, Edward has a detailed hallucination that feels more like a flashback, and discovers that this body was not grown in a lab. It belonged to a family man who sacrificed himself to pay for treatments to save his daughter’s life. He finds Edward’s family, including an expectedly-startled wife played by Natalie Martinez, and learns the truth about his new life, a truth that Albright and his suited cronies will do anything to keep secret.

Clearly, this is thematically dense stuff, from the way the 1% uses the desperate needs of the poor to their own advantage to a reliance on pharmaceuticals to stay happy and alive. Yet every time “Self/less” feels like it’s going to actually explore one of those themes and give them more than lip service as plot details, it pulls back to standard, genre fare, both narratively and visually. “Self/less” is one of those depressing affairs that gets less and less interesting as it progresses. The opening scenes of opulence in Hale’s penthouse have a strong visual aesthetic—empty rooms like empty minds waiting to be filled—but that disappears in the seemingly neverending second act, during which “Self/less” sags and never recovers, feeling at times more like a failed cable TV pilot than a film. With its hallucinations, questions of identity, and philosophical resonance, it’s simply inexplicable that “Self/less” becomes as visually engaging as a “CSI” spin-off. Perhaps Tarsem was reined in by producers who didn’t want their “Ryan Reynolds Vehicle” to become “Artsy,” but they made a fatal error. At 116 minutes, and with a narrative that telegraphs every twist a half-hour before it arrives, “Self/less” needed a visual language that it just doesn’t have.

And that lack of personality isn’t replaced by anything. Reynolds isn’t bad but he seems to have been directed to play Edward just a tick north of bland, which isn’t exactly his strong suit. Someone here needed to realize that a movie this conceptually crazy needed to be fun. Movies like “Face/Off” are enjoyably ridiculous in large part due to the fact that Nicolas Cage, John Travolta and John Woo KNEW they were ridiculous, laughing and winking at the audience throughout. “Self/less” is played on a straight line, never nearly as much fun as it could or should have been. Who knew immortality could be so boring? 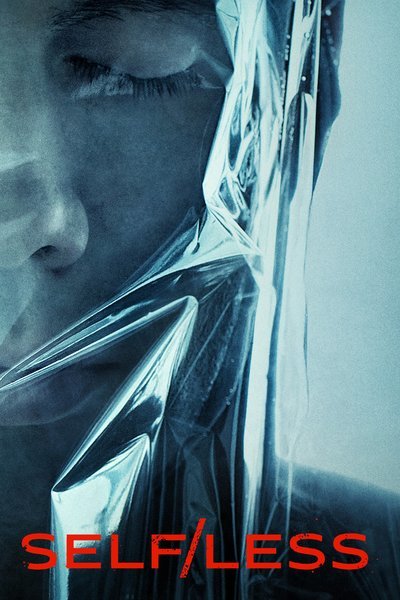 Rated PG-13 for sequences of violence, some sexuality, and language