Welcome to the Streaming Consumer Guide, the broadband partner to Glenn Kenny's Blu-Ray Consumer Guide and your source for what's new in the world of On Demand, Netflix, and more. We'll be here on the second and fourth Tuesdays of the month to guide you through the increasingly crowded pool of streaming and downloadable options for your entertainment dollar. What are the best movies and TV shows just added to Netflix? Hulu? Amazon Prime? What are the most intriguing "Still in Theaters" options available through On Demand services like Vudu or your cable provider? And then we'll try and pick up other interesting offerings for film lovers floating around the internet. And, of course, all titles will link back to our original review, which will most often be a piece written by Roger himself. Click through to that review and you'll see a button on the left side menu to add the film directly to your queue. When there's no RogerEbert.com review to link to, we'll link directly to the Netflix, Hulu, etc. page. Fill up your free time with the following: 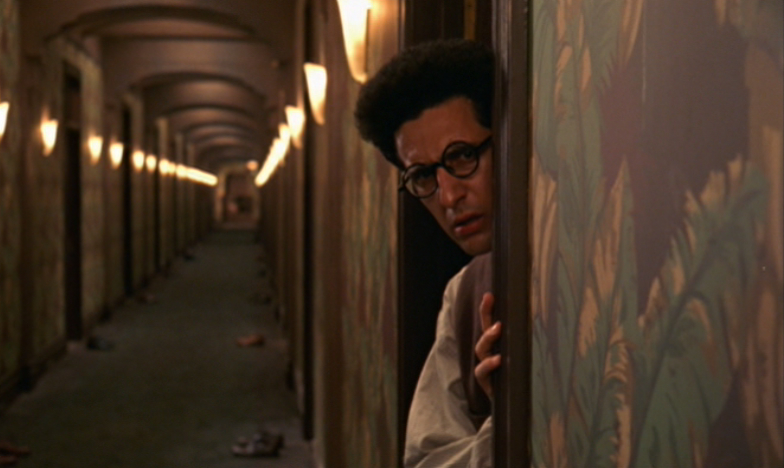 The latest major update to the #1 streaming service saw the addition of dozens of films widely regarded as canonical. From universally beloved films like "Chinatown" and "The Graduate" to more recent Oscar winners like "The English Patient" and "Titanic", the April 1st update is one of the most eye-catching in the history of the service. You could watch a major film every day this month. They also moved away from recent updates that focused on more current era indie films to highlight some films that may already be considered forgotten like the remarkable "The Diving Bell and the Butterfly," "Amores Perros," and "Lars and the Real Girl". Finally, for all you binge watchers, they didn't just update their system with the first "Rocky" or "Death Wish" films but all of the installments in each hit series. Future installments of the "Streaming Consumer Guide" won't be so populist, trust me, and there a few movies you may have missed in here, but it was impossible to avoid the film history this week. 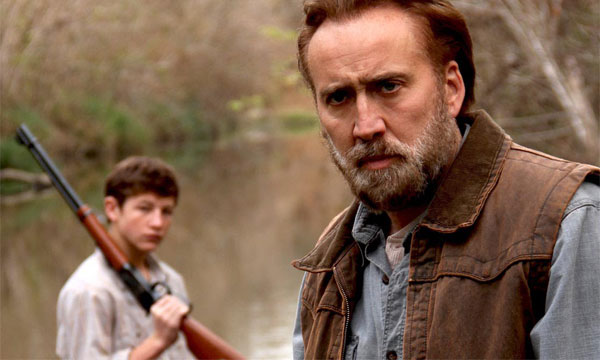 We'll be covering David Gordon Green's "Joe" later this week on its theatrical release and have an interview with its director and star posting tomorrow but we thought you should know that the film is also available On Demand starting this Friday. Two films that we won't get to theatrically but look intriguing are "The Machine" and "Stage Fright," both now available. Official synopses and trailers below.

A gripping mix of friendship, violence and redemption erupts in the contemporary South in this adaptation of Larry Brown's novel, celebrated at once for its grit and its deeply moving core. Directed by David Gordon Green ("Prince Avalanche", "Pineapple Express", "Undertow", "All the Real Girls"), the film brings Academy Award® winner Nicolas Cage back to his indie roots in the title role as the hard-living, hot-tempered, ex-con Joe Ransom, who is just trying to dodge his instincts for trouble – until he meets a hardluck kid played by Tye Sheridan ("Mud", "Tree of Life") who awakens in him a fierce and tender-hearted protector.

Two computer programmers fall in love as they create the first-ever piece of self-aware artificial intelligence, designed to help humanity. But things go terribly wrong when the British Government steals their breakthrough and teaches it to become a robotic weapon.

Starry-eyed teenager Camilla Swanson wants to follow in her mother's footsteps and become a Broadway diva, but she's stuck working in the kitchen of a snobby performing arts camp. Determined to change her destiny, she sneaks in to audition for the summer showcase and lands a lead role in the play, but just as rehearsals begin, blood starts to spill, and Camilla soon finds herself terrified by the horror of musical theatre.

THE BEST OF THE REST

New additions to the movies included in your Hulu Plus subscription include Francis Ford Coppola's "Bram Stoker's Dracula," a highly underrated take on the legend, Peter O'Toole's brilliant work in "Becket," and the timeless "The Silence of the Lambs." Perhaps most interesting in the world of streaming was the recent announcement by Fandor that they're planning to highlight the works of Werner Herzog in the coming months, releasing one of his films on their streaming service every week, starting with "Aguirre, the Wrath of God" on Thursday, April 10.

Next Article: FX’s “Fargo” Has Creative Spark of Coen Classic Previous Article: "It's a Mad, Mad, Mad, Mad World" Gets the Deluxe Treatment from Criterion