We will continue to highlight filmmakers and actors that Roger championed throughout his career. Click here for a full table of contents for our "Roger's Favorites" entries. Below is an entry on actress Faye Dunaway.

Faye Dunaway is a real cinephile who turns up regularly at festivals like Cannes, Telluride and Chicago because of her love of film. She serves on festival juries and even directed a short film, 2001’s “The Yellow Bird,” that featured the voice of Tennessee Williams. Her ambition is to do more directing, and she certainly has a great deal of experiences to draw from, considering that she worked with several of the industry’s top filmmakers throughout her career.

The instant she made her film debut in Elliott Silverstein’s “The Happening” (1967), Dunaway caught Roger’s attention. She “exhibits a real neat trick of resting her cheek on the back of her hand,” Roger wrote in his two-and-a-half star review. Yet it was later that year in Arthur Penn’s “Bonnie and Clyde,” that Roger discovered her power as an actress. “The performances throughout are flawless,” Roger raved in his four-star review. “Warren Beatty and Faye Dunaway, in the title roles, surpass anything they have done on the screen before and establish themselves (somewhat to my surprise) as major actors.” He also noted that the film, as a whole, was “aimed squarely and unforgivingly at the time we are living in.” Many critics misunderstood the film upon its original release, and Roger hilariously took one of them to task in a satirical article entitled, “Bonnie, Clyde and the Critics.”

The following year, Dunaway appeared opposite Steve McQueen in Norman Jewison’s “The Thomas Crown Affair.” Though Roger wasn’t crazy about the film, giving it two-and-a-half stars, he admired how both actors “cunningly seduced” each other. “After the initial suspense falls off, we're left with a love affair between McQueen and Faye Dunaway, who plays the insurance investigator,” wrote Roger. “Give the girl credit, she's better than Nancy Sinatra playing Elvis Presley's internal revenue agent in ‘Speedway.’ Her detection methods are more advanced, too: She looks at a stack of suspects' photographs, points at McQueen's, and says, ‘That's the one.’ Only a man would ask how she knew.”

Another flawed film from a great director, Elia Kazan’s “The Arrangement” (1969), “drew nourishment from the remarkable performances” of Dunaway and her co-star, Kirk Douglas. “They're the best things in the film, achieving effects even when Kazan's script is at its most uncomfortable,” observed Roger in his two-and-a-half star review. “[They] move through this confusion with so much self-confidence that we become involved with their characters, and the movie almost works. […] Dunaway interacts well and sensitively with Douglas, and the scenes involving their affair form a separate story (almost apart from the confusion of the main event) that is absorbing and real.”

Dunaway then re-teamed with Penn for “Little Big Man,” which earned four stars from Roger. She also starred in Frank Perry’s western, “Doc” (1971), which Roger gave three-and-a-half stars. Yet it was in his three-star review of Stanley Kramer’s “Oklahoma Crude” (1973) that Roger noted how Dunaway had never topped the work she did in “Bonnie and Clyde,” and said that her career had been “rather absentminded” ever since. He praised her performance in “Oklahoma Crude,” saying that she played the role with “a great deal of style,” while adding, “Perhaps she has decided to get back to acting.”

Roger’s suspicions were confirmed the following year in Roman Polanski’s “Chinatown,” a “1940s private-eye movie” that, according to Roger's four-star review, “doesn't depend on nostalgia or camp for its effect, but works because of the enduring strength of the genre itself. In some respects, this movie actually could have been made in the 1940s.” Dunaway had another triumph the year after with Sydney Pollack’s “Three Days of the Condor” (1975). In his three-and-a-half star review, Roger called Dunaway’s character “the very embodiment of pluck,” and said that, “She has three lines of dialogue that brings the house down. They're obscene and funny and poignant all at once, and Dunaway delivers them just marvelously.”

After previously receiving Best Actress Oscar nominations for “Bonnie and Clyde” and “Chinatown,” Dunaway finally won the trophy for her performance in Sidney Lumet’s “Network” (1976). Though Roger gave the film four stars at the time, he admitted that it was flawed, calling it, “a supremely well-acted, intelligent film that tries for too much, that attacks not only television but also most of the other ills of the 1970s.” However, he had nothing but praise for the film’s leading lady. “Watch her closely as they're deciding what will finally have to be done about their controversial anchorman,” wrote Roger. “The scene would be hard to believe—if she weren't in it.” He also noted that the film, like “Bonnie and Clyde,” was remarkably timely. “Twenty-five years ago, this movie would have seemed like a fantasy; now it's barely ahead of the facts,” observed Roger.

There are also several gems in the later years of Dunaway’s career that are well worth seeking out, as catalogued in Roger’s reviews. He gave four stars to Barbet Schroeder’s “Barfly” (1987), which contained dialogue scenes between Dunaway and Mickey Rourke that “are never less than a pleasure,” and in one particular case, “poetry.” “Rourke and Dunaway take their characters as opportunities to stretch as actors, to take changes and do extreme things,” wrote Roger. “The result is a truly original American movie, a film like no other, a period of time spent in the company of the kinds of characters Saroyan and O'Neill would have understood, the kinds of people we try not to see, and yet might enjoy more than some of our more visible friends.”

Emir Kusturica’s “Arizona Dream” (1995) cast Dunaway alongside Johnny Depp and Jerry Lewis, and if that alone doesn’t compel you to see it, Roger’s review will. Giving it three stars, the critic said “Arizona Dream” contained “wonderful sights,” which included Dunaway, and said that the film was “goofier than hell—you can't stop watching because nobody in the audience, and possibly nobody on the screen, has any idea what's going to happen next.” Even in films that didn’t work, Dunaway would often improve them considerably, such as Volker Schlondorff’s “The Handmaid’s Tale” (1990), where she co-starred with Robert Duvall. “Duvall and Dunaway provide the best moments in the movie, he by showing the unconscious egotism of the male libido, she by showing that in all times and all weathers, some kinds of women will gauge their happiness by the degree to which their family's exterior appearance matches the accepted values of society,” wrote Roger in his two-star review. And in John McTiernan’s 1999 remake of “The Thomas Crown Affair,” Roger's two-and-a-half star review argues that Dunaway “had more electricity in 1968 and still does” compared to the woman cast in her original role.

Around that same time, Roger inducted three of Dunaway’s films into his Great Movies series. He again praised her “seductive performance” in “Network,” and her portrayal in “Chinatown” of “a cool, elegant woman who sometimes—especially when her father is mentioned—seems fragile as china.” Yet for Roger, “Bonnie and Clyde” stood in a category all its own. “When I saw it, I had been a film critic for less than six months, and it was the first masterpiece I had seen on the job,” Roger reflected. “I felt an exhilaration beyond describing. I did not suspect how long it would be between such experiences, but at least I learned that they were possible.”

In closing, allow us to share an apocryphal story from the 2011 Cannes Film Festival in which Dunaway reportedly delivered a line for the ages. She was walking up the steps to attend a screening, and a security guard halted her. “Madame, where's your ticket?” he asked. She didn't have one. Instead, she pointed to the towering festival banner displaying her face and replied, “There's my ticket.” 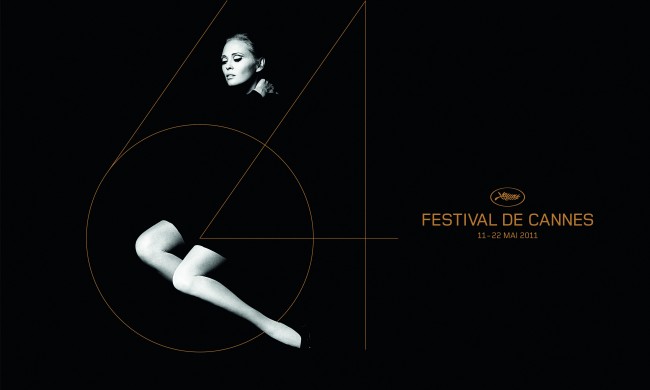