Guillermo del Toro has a habit of correcting people who claim that his films are merely eye candy—they’re eye protein. Yes, they look beautiful, with elements so carefully considered that each scene can be dissected and analyzed, but to dismiss them as hollow exercises in style is to misunderstand them. Del Toro is one of our most confident and talented craftsmen, someone who recognizes the fact that film has always been and always will be a visual medium. He is a true artist, and Criterion’s release of three of his best films—“Cronos,” “The Devil’s Backbone” and “Pan’s Labyrinth”—in a single box set titled “Trilogía de Guillermo del Toro” is one of the Blu-ray events of the year. Not only have the films been beautifully remastered under del Toro’s perfectionist eye, but each film comes with hours of special features. There is a commentary track from GdT on every film, and those audio recordings alone make this a must-purchase. You could learn more from del Toro’s audio commentaries than you can from most film classes. 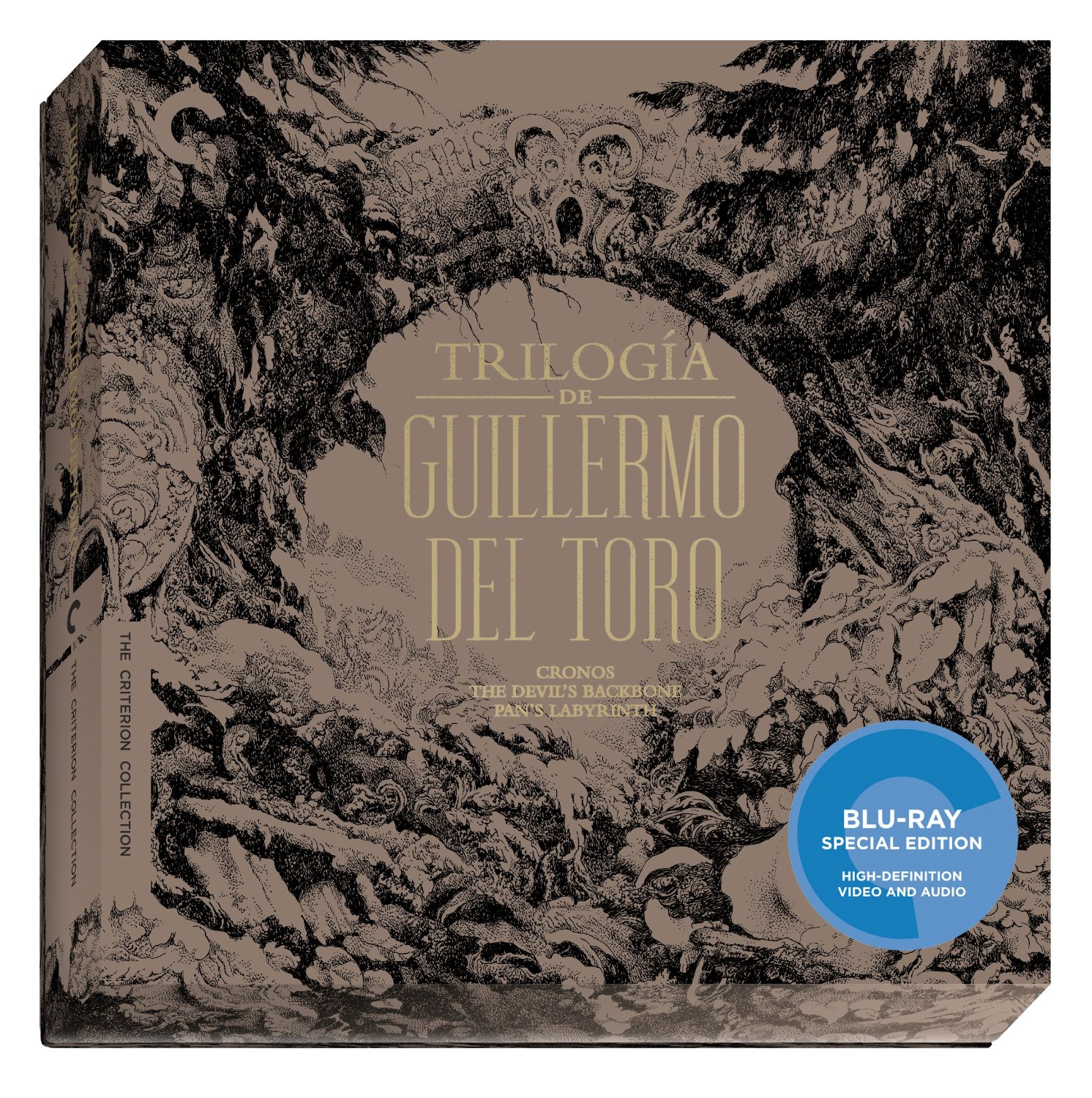 While they weren’t made consecutively and don’t comprise a literal trilogy, these three films share enough cinematic DNA that appreciating them in one box set makes perfect sense. Each film is a story of childhood in troubled times; each features the fantastic co-existing with the real; each has Gothic sensibilities along with autobiographical details. Like the eye candy refrain, some may dismiss them as fairy tales, but as del Toro says in one of the special features, “There is more of the essential reality in fairy tales.” In a sense, these films feel like del Toro’s most personal, and even grounded films; they may be stories of vampires and ghosts, but they are also stories of loss, pain, and innocence. And they are films, like all of del Toro’s, that improve with each viewing, especially after listening to the commentaries and watching the bonus material, in which the filmmaker serves as a guide through his art.

For example, the audio commentary on “Pan’s Labyrinth,” the new release in this trilogy as the other two films had been previously released by Criterion, reveals how that movie very purposefully echoes “The Devil’s Backbone,” not just in theme but in structure and narrative. Del Toro also reveals how the film was altered, as all films arguably were, by 9/11—the world became a much more dangerous place, and what is “Pan’s Labyrinth” about if not the danger of the adult world? On the same track, del Toro discusses one of his greatest strengths—his ability to merge the world of fantasy with a very stark reality. Even the close-up of the insect that Ofelia (Ivana Baquero) meets as she first arrives is very purposefully treated matter-of-factly instead of with a fantastical score and over-use of CGI. Instantly, the fantastic lives next to the real. 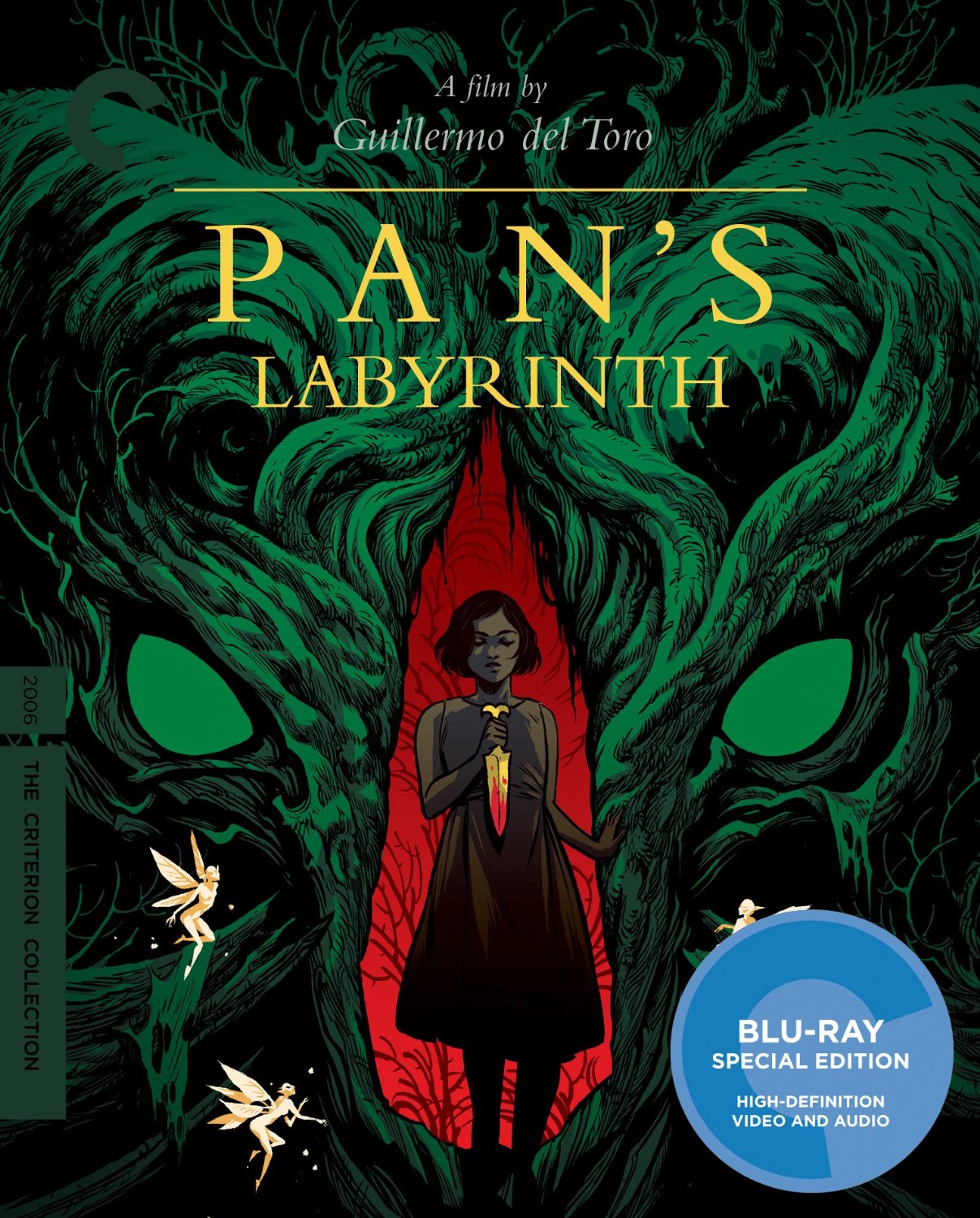 Even more fascinating is del Toro’s discussion of color and shape—he uses circles in heroine Ofelia’s scenes and sharp lines in villain Vidal’s (Sergi Lopez), and distinguishes color palettes of the real and fantasy worlds in the first act and then purposefully has them bleed into each other as Ofelia goes deeper down the rabbit hole. There is no choice in a del Toro film that has not been carefully considered from the space around the frog in “Pan’s Labyrinth” to the amount of blood trickling from a wound in “Devil’s Backbone.” Hearing him discuss how and why he makes these choices while watching his films allows for a deeper understanding not just of del Toro’s work but other filmmakers and even art in other forms like fairy tales and Gothic romance. You can appreciate all films more completely by analyzing del Toro's.

Like so many great artists, it doesn’t feel like del Toro is being adequately appreciated in his time. There’s a reason he was the opening night artist for Roger Ebert’s Overlooked Film Festival this year (with his masterful and tragically under-seen “Crimson Peak”). And yet, when I watch these films, along with almost all of his films, I have a distinct sense of timelessness. There is no doubt in my mind that people will be watching, analyzing and discussing “Pan’s Labyrinth” decades from now. It gives one that feeling only great art can provide—that it's playing with themes and ideas that have been around for generations, but that it will also outlive us all.

Blu-ray: A 100-page hardcover book featuring an introduction by author Neil Gaiman and essays by critics Michael Atkinson, Mark Kermode, and Maitland McDonagh, along with production notes and sketches by del Toro and illustrators Carlos Gimenez and Raoul Monge

DVD: Essays by Atkinson, Kermode, and McDonagh, and production notes for "Cronos" by del Toro