"Corman's World: Exploits of a Hollywood Rebel" is available March 27 on online outlets via iTunes, Vudu, CinemaNow and Amazon. Also on DVD and Blu-ray. 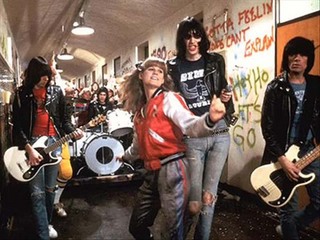 For B-movie buffs, exploitation film aficionados, and midnight movie cultists, the grand finale of "Corman's World: Exploits of a Hollywood Rebel," will be every bit as exhilarating as that montage of forbidden kisses at the end of "Cinema Paradiso." Taking its cue from the liberating, rebellious high point of the Roger Corman-produced "Rock and Roll High School," in which P. J. Soles and the Ramones rock the hallways of Vince Lombardi High, it offers up dizzying bursts of quintessential Corman: cheesy monsters, fiery car explosions, Vincent Price, blaxploitation kickass, marauding piranhas and Mary Woronov with a gun.

Alex Stapleton's "Corman's World" celebrates the singular cinematic legacy of the "King of the Bs," who has improbably and regretfully fallen into obscurity. Observes director Penelope Spheeris ("The Boys Next Door," "The Decline of Western Civilization Part II: The Metal Years," "Wayne's World"): "If you ask a 20-25-year-old film buff, they won't know who he is." 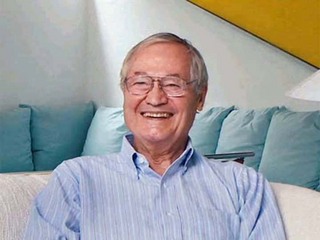 This despite a career that spans almost 60 years and more than 400 films that Corman either directed or produced. But while his own name may be unfamiliar, many of the once-fledgling actors and filmmakers whom he nurtured/exploited are not: Martin Scorsese ("Boxcar Bertha"), Ron Howard ("Grand Theft Auto"), Peter Bogdanovich ("Targets"), Jonathan Demme ("Caged Heat"), Joe Dante ("Piranha"), Robert DeNiro ("Bloody Mama"), Pam Grier ("The Big Doll House"), screenwriter John Sayles ("The Lady in Red") -- all these and many more appear in "Corman's World" in new and archival interviews. 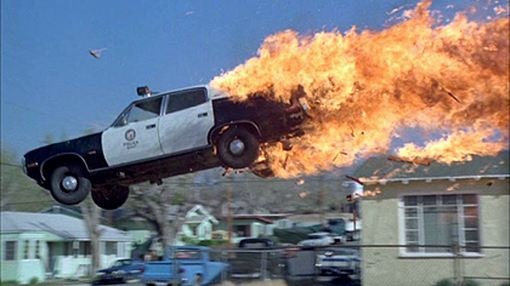 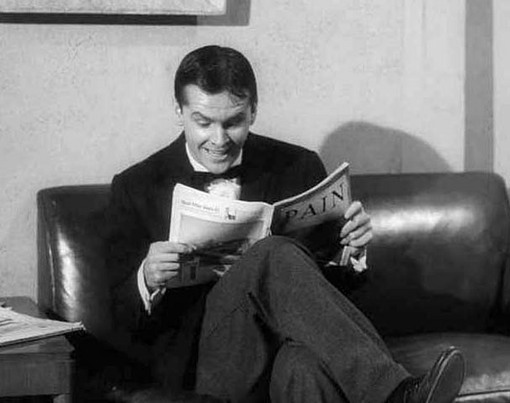 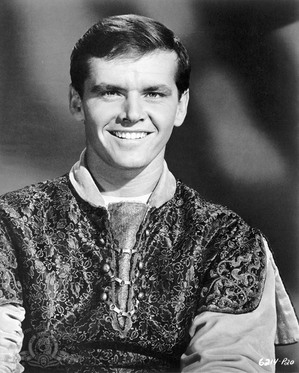 Three notable graduates of the so-called Corman School of Filmmaking are missing: Francis Ford Coppola ("Dementia 13"), James Cameron (special effects for "Battle Beyond the Stars") and Sylvester Stallone ("Death Race 2000"). But "Corman's World" does score one major coup: Jack Nicholson, to whom Corman gave his first starring role in "The Cry Baby Killer." Corman's filmed-in-two-days cult classic "The Little Shop of Horrors," the one with the talking plant, owes much of its cachet to Nicholson's one scene as a masochistic dental patient. At one point, an emotional Jack breaks down when talking about Corman's impact on his life and career.

But beyond his genius for spotting talent, Corman was also a savvy spotter of pop culture trends. His low budget sci-fi and horror films gave way to rock and roll movies, biker flicks, counter-culture psychedelia, and sexploitation (but with a feminist bent). 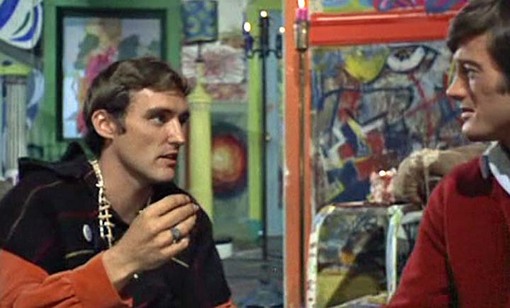 Corman has a professorial demeanor, "eloquent, elegant, cool-headed," says Scorsese. His films were anything but. Corman threw in with the oddballs and misfits, the outlaws and the rebels. He was one himself, quitting 20th Century Fox after his script suggestions for the classic Gregory Peck western, "The Gunfighter," were appropriated without credit. He hooked up with American-International and later started his own distribution/production company, New World Pictures, after "The Trip," a film he produced that featured a pre-"Easy Rider" Peter Fonda and Dennis Hopper, was tinkered with without his permission (talk about commitment: Corman himself took L.S.D. in anticipation of the production to ensure the script's verisimilitude to the experience). 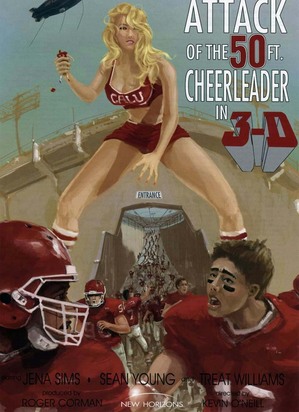 Corman's protégés affectionately recall the "full-on guerilla filmmaking" that still serves him today as the producer of creature features for the SyFy Channel with campy titles such as "Dinoshark," "Piranhaconda," and coming soon, "Attack of the 50 ft. Cheerleader." In his 80s, "he's still at it," an amused Bogdanovich remarks.Venerable character actor Dick Miller ("Bucket of Blood") recalls his screen debut in Corman's "Apache Woman," in which he portrayed both an Indian and the cowboy who killed him. Taste had no place in a Corman film, Scorsese states, but Corman's well-received cycle of Edgar Allen Poe adaptations starring Vincent Price came the closest to achieving respectability.

Corman knew what drive-in and grindhouse audiences wanted to see. As a producer, he gave his filmmakers creative freedom, just as long as they peppered their films with marketable elements. As one filmmaker notes, he wrote notes in the scripts: "Breasts/nudity here?" 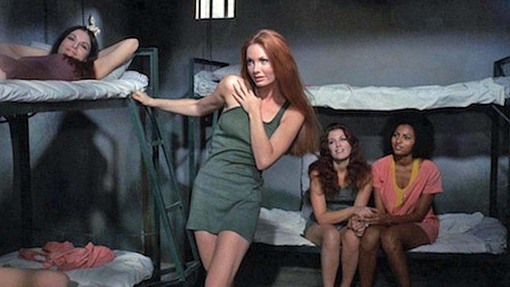 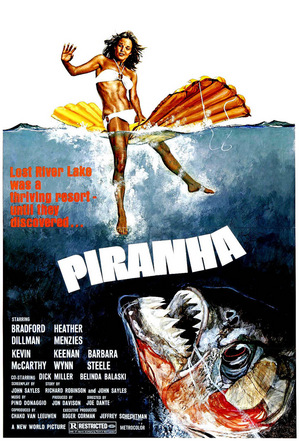 Funny story: In the late 1970s, I worked for Film Inc., a 16mm film distributor, which carried Corman's New World titles. My Midwest territory included the prison market. Corman films played big there, but the company's film inspectors had to be extra vigilant to mark the footage counts of the films as they went out, because invariably, titles such as "The Student Nurses" and "The Big Doll House" were returned with nude scenes excised, some more artfully than others. The more enterprising prison film committees took the trouble of splicing in stock footage so the illicit footage wouldn't be missed.

There is method to the madness of Corman's films. "Kill someone fairly early and then at regular intervals through the picture," Corman explains on the set of "Dinoshark." "The first kill should be quite shocking, the other kills could be a little less as you build up, and then, of course, the climax; everything goes, blood all over the screen." 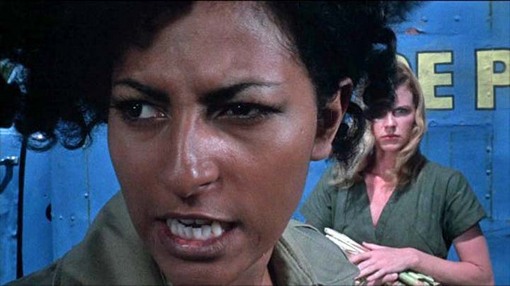 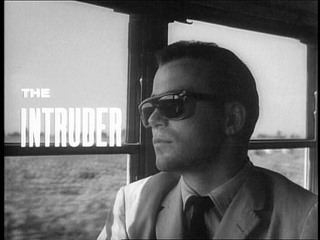 Nicholson speaks hilariously and passionately about Corman's unwavering eye on the bottom line. Not understanding money in the movie business, he observes, "is like an artist who doesn't understand paint." Corman understood money. As David Carradine notes, his "$1.98" films never lost a dime (save for "The Intruder," a message film about bigotry starring William Shatner). In a talk show clip with Tom Snyder, Corman rejects as "obscene" spending $35 million to make a movie. One can only imagine what he makes of "John Carter" with its reported $250 million budget. 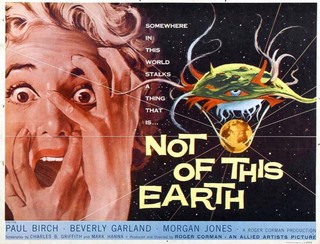 But it was the big-budget genre films such as "Jaws" and "Star Wars" that marked the end of an era for Corman. Monster movies and sci-fi were once his stock in trade, but how could his (im)modest productions compete? "Corman's World" is an entertaining primer for those who have not had the guilty pleasure of a Corman film. It will also stir memories of summer nights at the drive-in for those of a certain age. But more, it makes a convincing case for Corman's standing in the Hollywood pantheon. 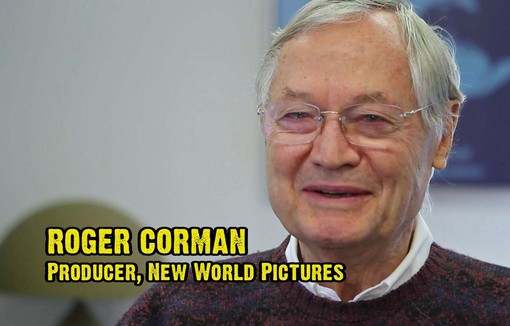 Indeed, the Motion Picture Academy finally got around to honoring Corman with a Life Achievement Award in 2010. Footage of the ceremony, in which he is feted by the likes of Quentin Tarantino, Howard, Bogdanovich and an audience of A-listers, makes for a Hollywood happy ending.

"Is Roger worried about being unappreciated? " Nicholson asks facetiously at one point. "If he is, I'm going over there tomorrow night."

If he is,"Corman's World" should do the trick. 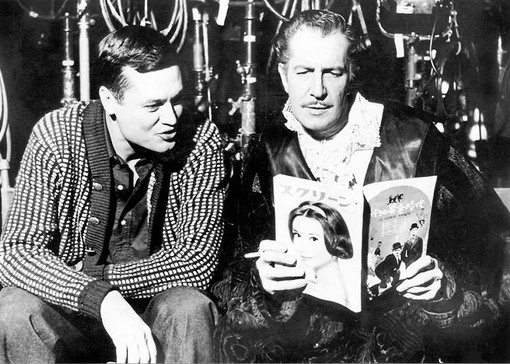 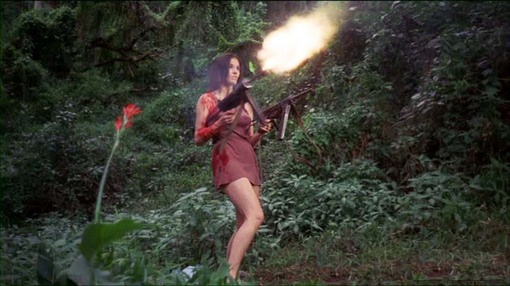 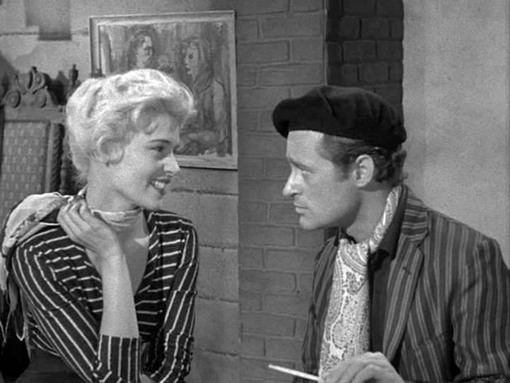 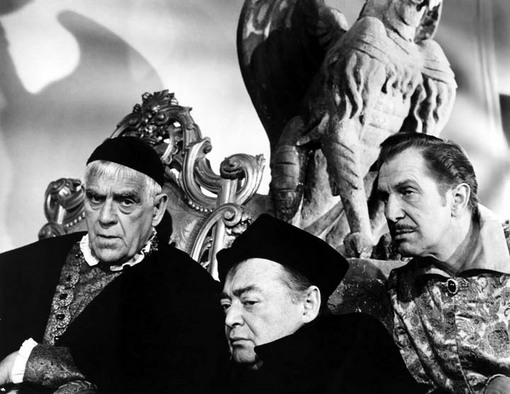 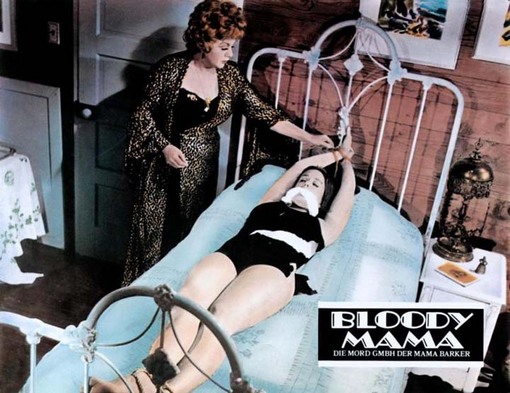 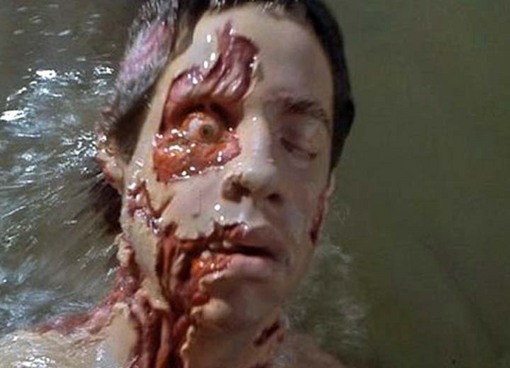 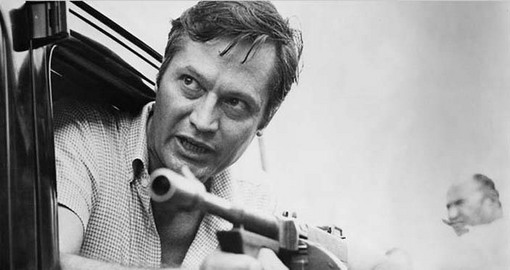 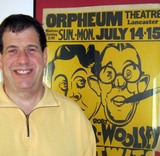 A Chicago-based entertainment writer and DVD reviewer, Donald Liebenson has been writing about home entertainment, film and vintage television since 1989. He has been published in The Chicago Tribune, The Chicago Sun-Times, The Los Angeles Times, Entertainment Weekly, Amazon.com, Huffington Post, Playboy, and Pioneer Press. He has also contributed to the books VideoHound's Cult Flicks & Trash Pics and Sci-Fi Experience; Your Quantum Guide to the Video Universe, both published by Gale Research, and The International Dictionary of Films and Filmmakers, Volume 3: Actors and Actresses (St. James Press).