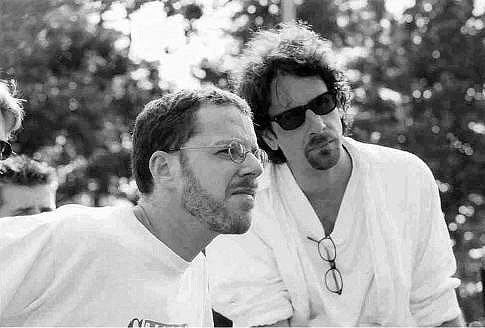 Andrew Sarris, quoting himself, reminds us of what a big deal the late Michelangelo Antonioni -- and Euro-movie staples Ingmar Bergman, Francois Truffaut, Alain Resnais, Jean-Luc Godard, et al. -- were in the late 1950s and '60s, at least in metropolitan centers like New York:

My own 1961 review in The Village Voice continued in the same vein. “As long as the great foreign films continue to trickle into New York at the present snail’s pace, the enthusiasm of discerning moviegoers will have to be concentrated on one phenomenon at a time. 1959 was the year of 'Wild Strawberries' and 'The Four Hundred Blows,' 1960 belongs to 'Hiroshima, Mon Amour' and 'Picnic on the Grass' [Jean Renoir]. So far this year it has been 'Breathless,' but now it is time for another blast of trumpets. Beginning April 4 at the Beekman Theater, 'L’Avventura 'will become the one first-run film to see in New York. The sixth feature film of Italian director Michelangelo Antonioni, 'L’Avventura' will probably be even more controversial than its French and Swedish predecessors, which have been conveniently misunderstood as problem tracts of old age, childhood, juvenile delinquency, miscegenation, nuclear warfare, or what have you.

“With 'L’Avventura' the issue cannot be muddled, Antonioni’s film is an intellectual adventure, or it is nothing. The plot, such as it is, will infuriate audiences who still demand plotted cinema and potted climaxes. A group of bored Italian socialites disembark from their yacht on a deserted island. After wandering about a while they discover that one of their number, a perverse girl named Anna, is missing. Up to that time, Anna (Lea Massari) has been the protagonist. Not only does she never reappear, the mystery of her disappearance is never solved. Anna’s fiancé (Gabriele Ferzetti) and her best friend (Monica Vitti) continue the search from one town to another, ultimately betraying the object of their search by becoming lovers. The film ends on a note of further betrayal and weary acceptance, with the two lovers facing a blank wall and a distant island, both literally and symbolically.”

So when exactly did I tire of Antonioni to the point of Antonioniennui? I am not sure. It may have been about the time of "The Red Desert" (1964), which I disliked, and well before "Blow-Up" (1966), which I liked enormously, unlike the late Pauline Kael, who dismissed it with a yawn.

It must be noted that at the time I waxed rhapsodic about "L’Avventura," I had not yet seen any of his five previous films.... "L’Avventura" was received here like a smashing debut film, and from then on it seemed just like more of the same, only less so, with "La Notte" (1961), "L’Eclisse" (1962) and most exasperatingly of all, "The Red Desert."...

Advertisement
Whose films today spark similar sensations, and love-or-hate debate? Living directors about whom your opinion really seems to matter, whose films are considered "must-sees" by serious moviegoers? The Coens? Quentin Tarantino? Brian DePalma? Steven Soderbergh? I'm asking. I don't think film festival mega-stars like Lars von Trier or Abbas Kiarostami or Wong Kar-Wai are nearly well-known or influential enough to have this kind of impact, on movie fans in general or on other filmmakers. Are any of the candidates European?

ADDENDUM: Another way of looking at it: Is there a filmmaker whose style is so recognizable that it could be parodied -- and mainstream moviegoers, from their 20s to their 40s, would know what was being parodied, as was the case with Bergman, who was lampooned by the likes of "SCTV," Woody Allen, and "Bill and Ted's Bogus Journey"? (Then again, could a television comedy show as smart and aware of the diversity of culture and pop culture as "SCTV" exist today? Actually, such a thing did exist not all that many years ago on HBO: "Mr. Show with Bob and David.")