Mike Myers' "The Love Guru" was chosen worst picture of the year in the Second Annual Ninth Annual Village Voice/LA Weekly Film Poll, in which I was but one of 81 balloteers. I may have been fortunate in that I didn't see it. Nor was I exposed to runner-up Alan Ball's "Towelhead," which was followed by a multiple tie for third-lousiest between "Burn After Reading," "Changeling," "Doubt," "Gran Torino," "Rachel Getting Married," "Step Brothers," and "Synecdoche, New York." The reason I mention this first is that most of these films (OK, not "Love Guru") were also chosen by some as among the best movies of the year, and they were directed by a few critical darlings: Joel and Ethan Coen, Clint Eastwood (twice), Jonathan Demme, Charlie Kaufman... 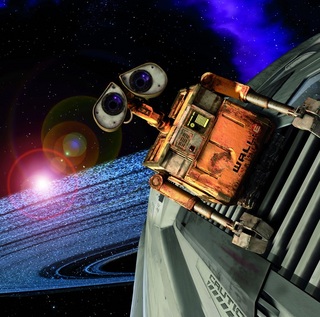 9) "Let the Right One In" (Tomas Alfredson, Sweden)

2) "The Flight of the Red Balloon" (Hou Hsiao-hsien, France)

Voice critic J. Hoberman theorized that the results showed professional film critics among the more optimistic (if rapidly shrinking) segments of American society. And he talked about the passion -- or the Passiondex™:

Not just the winner on points, "Wall-E" was also the movie about which critics felt most strongly. Ballots are weighted (first choices garnering 10 points; second choices, 9; and so on), but a majority of votes doesn't necessarily reflect the degree of devotion that a particular movie inspires. That can only be quantified by the Passiondex™--a form of data-crunching developed with a nerdiness worthy of "Wall-E." The Passiondex™ is determined when a film's total points are divided by the number of ballots on which it appeared; this average-point score is then multiplied by the percentage of voters who cared enough to rank the movie first or, factored in at one-half, second. (I have long suspected that in polls such as this, second place is the real number one. The first listed film is the official choice, offering protection for the secret enthusiasm of the film that follows. But that's another story.) [...]

Unusual for both building a consensus and stirring ardent feelings, "Wall-E" scored most passionately. But the poll's top 10 changes drastically if the movies are reordered by the PassiondexTM and opened up to the top 25 vote-getters. Now, the cult enthusiasms surface: Jonathan Demme's Altmanesque ensemble extravaganza, "Rachel Getting Married" (#12), enters the top 10 in second place... The prize critical cult film: "Rachel Getting Married." Despite generally mixed reviews, Demme's independent feature received a higher percentage of first- and second-place votes than even "Wall-E," meaning that the people who liked it really liked it. (Adding to the passion, Rachel also received two votes for "worst film.")