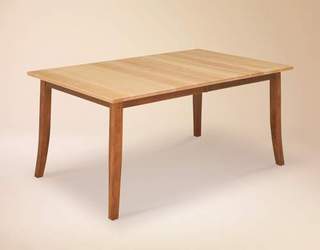 Nonsensical polemicist Armond White, dis-inspiration for "Contrarian Week" here at Scanners back in early 2007, got a lot of folks riled with his review of "District 9" -- mostly on fan forums at RottenTomatoes. OK, so once again, White's aim is not so much to examine the movie (that's always secondary, or tertiary) but to assert that he alone knows what's going on and his colleagues are all idiots or corrupt or both.

But his baseless verdicts are not what put him in league with the Dining Room Table Lady. At Some Came Running, Glenn Kenny gets to the heart of why White embodies a commonplace form of flaccid, anti-critical thinking:

Here's a challenge. Tell me what this sentence, from White's review of the new version of "The Taking of Pelham 1 2 3," means: "Audiences who enjoyed the original 1974 'Pelham 123' took its grungy dangerousness as a realistic confirmation of their own citizens' distrust." Now here's the rub: I don't want to know what you think it means, what you infer it means when you put it through your own personal White decoder ring, no; I want to know what the words in the sentence as they are actually written actually mean. As, you know, an actual copy editor would understand them. Because an actual copy editor would tell you that the sentence is gibberish....

(You get at least two of these every time White goes over 1,000 words, by the way.) But I suppose that some crafty White defender could break out the Borges, and claim that White "has (perhaps unwittingly) enriched the slow and rudimentary art of reading by way of a new technique..."

That's more or less the approach White took recently when he used the DVD releases of Jean-Luc Godard's "Made in USA" and "Two or Three Things I Know About Her" to make a pronouncement about the superiority of "Transformers: ROTFL" to the most recent Harry Potter movie. What? Well, just read it:

Both these widescreen spectacles can help remind moviegoers how important it is to appreciate movies as a visual art form that represents the world and the imagination with creativity and integrity. That's what is missing from the Harry Potter junk where imagery is corrupted into tired, over-familiar, non-visceral special-effects. 'Made in USA' and '2 or 3 Things' have more in common with the visual wit of Michael Bay's 'Transformers: Revenge of the Fallen.' It is Godard's bold example that taught Bay to love sound and image. All these films share a visual language and a way of seeing the world that is rooted in an artistic use of technology. What a triple bill.

One of the most hackneyed modern critical clichés is to assert that any kind of discontinuity or use of bold colors is some indication of Godardian retro-avant-garde technique or hommage -- without being specific about the nature of the comparison. You'd think Godard invented jump cuts (ever heard of Frank Capra?), or that there's something "Godardian" about a big-budget Hollywood action sequence just because it fails to create momentum and suspense by showing disregard for spatial relationships. How do the aims and techniques relate to one another?¹

White takes Godard's "Made in USA" dedication to Nicholas Ray and Samuel Fuller "who raised me to love sound and image" to make a vague comparison between a Harry Potter movie and a Transformers movie, the essence of which he doesn't bother to explain. OK, so White thinks Michael Bay loves sound and image and David Yates ("The Girl in the Cafe," "Harry Potter and the Half-Blood Prince") doesn't.

There, as Kenny says, is the rub:

Then, of course, there's the "reasonable" argument via non-sequitur, as witness this, from his pointless defense of "G.I. Joe": "It's a self-protective reflex by which they'll praise undistinguished junk like 'Wanted,' '3:10 to Yuma' and 'Drag Me to Hell' to defend Hollywood's routine, commercial U.S.S. Enterprises." No, don't worry, I'm not gonna ask anyone to parse that. And, yes, the "they" referred to therein are "politically unconscious movie critics" and where the "politically" fits in I have no idea. No, I just want to know why the hell White is bringing up "3:10 to Yuma." Do YOU know? (And yes, I think bringing up "You, the Living" in the context of "District 9" is equally nonsensical.)

There's nothing to argue with in White's writing, because there's no substance to it. It's the strain of pseudo-"criticism" we see all the time, now exploited quite consciously as a political tactic by and for people who (to repeat myself) aren't interested in reality. Barney Frank said it: "[I]t is a tribute to the First Amendment that this kind of vile, contemptible nonsense is so freely propagated. Ma'am, trying to have a conversation with you would be like trying to argue with a dining room table. I have no interest in doing it."

P.S. Anyone who thinks this post is about "Transformers" is, in fact, exercising the critical acuity of a FOX correspondent and/or an inanimate furnishing (that is, not like the ones used by Brüno and Paula Abdul).

¹ I decided to search for my own uses of "Godardian" and found these:

2) A tongue-in-cheek reference ("I tell you, it's a Godardian deconstruction of film techniques") to the third season of "Top Chef" -- specifically about the makers' practice of fracturing and stretching time by repeating images, and the endless recycling of music cues. (August 30, 2007)