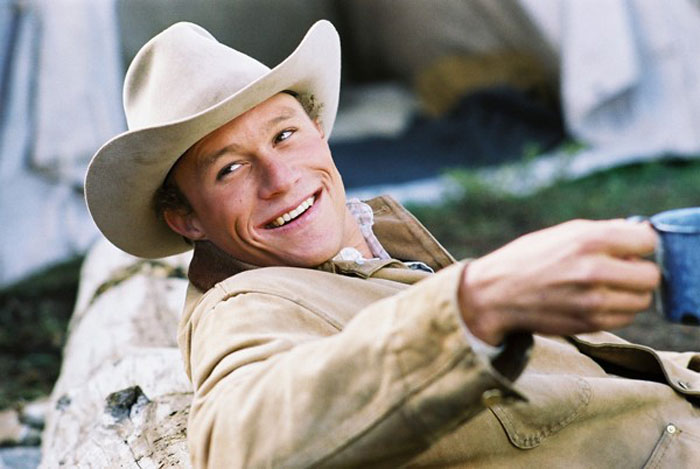 Rare is the performance that can honestly be called a "revelation," but that's what it felt like to watch Heath Ledger in "Brokeback Mountain." Not only did he bring iconic life and nuance to the existential loneliness of Ennis Del Mar, a taciturn but complex (and conflicted) character, but for such mature work to spring from the teen-idol star of "10 Things I Hate About You" and "A Knight's Tale" was... well, revelatory itself -- the astonishing revelation of a suddenly, fully developed actor whose juvenile efforts scarcely hinted he'd be capable of such moving depth and clarity. Ledger emerged as if from a cocoon, gleaming with promise and flexing his wings.

Only two years after he received his first Oscar nomination for this iconic, star-making performance, it seems unthinkable that we should be mourning his death, at the age of 28....

Ledger's work as Robbie Clark, one of six "Bob Dylan" figures in Todd Haynes' "I'm Not There" -- and the tantalizingly creepy advance stills of his makeup-smeared face as The Joker in Christopher Nolan's upcoming "Batman Begins" sequel, "The Dark Knight" (2008) -- proved he was somebody it would be a joy to watch morph and change over time. It never occurred to me that he wouldn't create an impressive body of work across a wide range of roles, and probably win more Oscar nominations for them, in the course of the rich and varied career ahead of him. 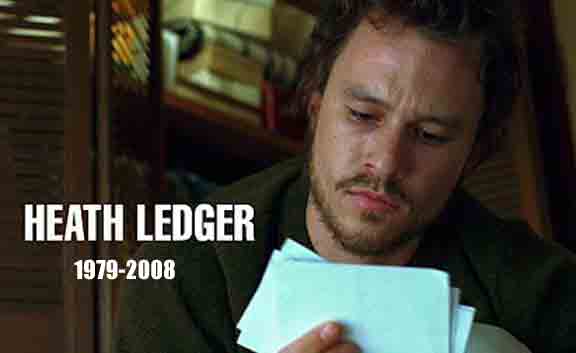 In "I'm Not There," he plays an actor who once played fictionalized Dylanesque folksinger Jack Rollins (played by his "Dark Knight" co-star Christian Bale, three years his senior and another of the most exciting actors of his generation) in a Hollywood bio-pic. It takes a fine actor to play a decent actor giving a not-so-good performance (yet still good enough that he might become a star because of the role). And in the scenes with his wife Claire (Charlotte Gainsbourg), a romance that spans the Vietnam era from Godardian cafe conversations to domestic breakup melodrama, Ledger shines with youthful exuberance and intelligence.

"I would like to know what is at the center of your world," Claire says early in their acquaintance.

It's a favorite moment, both a confession and a sly evasion, from one of my favorite films of last year -- refreshingly candid, funny, bright, unpretentious. And now heartbreaking as well.