At one point in the slog that is “Suicide Squad,” Will Smith’s character laments that he and his team of reluctant do-gooders must battle “the swirling ring of trash in the sky.” That’s a pretty apt description of the movie as a whole, too: It’s massive, messy and noisy. And it stinks.

In the continuing effort to create a series of interconnected films based on DC Comics characters—similar to the well-established (and, thus far, superior) Marvel Cinematic Universe—“Suicide Squad” is just about as unpleasant as this year’s “Batman v Superman: Dawn of Justice,” but for totally different reasons. In following the misadventures of a group of super villains who are forced to work together to defeat a powerful enemy, “Suicide Squad” is actually trying to be fun, or at least it’s trying to find the mix of daring and cheekiness that made “Deadpool” and “Guardians of the Galaxy” such twisted delights. With a few, rare exceptions, the attempts at humor in “Suicide Squad” land with a thud—that is, if you can hear such a sound over the deafening din of gunfire and the bombastic score.

Writer/director David Ayer has created a movie that’s simultaneously underwritten and overstuffed. It has too many characters yet precious few who even come close to resembling actual human beings. Ayer brought an intimate, visceral intensity to previous movies like “End of Watch” and “Fury,” as well as his scripts for “Training Day” and the original “The Fast and the Furious.” Here, it’s as if the machinery of making a big-budget, comics-inspired summer blockbuster has swallowed him whole.

Ayer and his enormous team have given us a film that’s muddled both visually and narratively. Often, it’s hard to tell what’s going on because so many of the huge action set pieces take place in the dark, or in the rain, or in the dark in the rain. But more fundamentally from a storytelling perspective, “Suicide Squad” is woefully lacking in both momentum and cohesion. It will grind to a halt for a flashback, or to allow its characters to go a bar to commiserate about how terrible their lives are when the world supposedly is on the brink of destruction outside.

And we haven’t even gotten to the distracting use of on-the-nose musical selections to introduce each character: “House of the Rising Sun” when we first see Smith in a Louisiana prison as the expert marksman Deadshot; the massively overused “Sympathy for the Devil” for Viola Davis’ shadowy government figure, who dares to put together this team of criminals; “You Don’t Own Me,” for Margot Robbie’s unpredictable, baseball-bat-wielding Harley Quinn; “Fortunate Son” (ironically) for the monstrous Killer Croc (Adewale Akinnuoye-Agbaje, unrecognizable under pounds of prosthetics and makeup). Each song inspires a groan and takes you right out of the action.

That just scratches the surface of the gigantic cast of bad guys and government types. At the film’s start, which takes place after the events of “BvS,” Davis’ Amanda Waller gets the idea to pluck the worst of the worst villains from prison and give them a chance to reduce their sentences. In return, they must help the feds fight their trickiest foes. Their first assignment is to take down a seemingly insurmountable, supernatural figure: Cara Delevingne as the ancient Enchantress, who can time travel and zip through space and manipulate metal and all kinds of impressive, dangerous skills. (She couldn’t arrange better special effects for herself, however; at the height of her powers, the threat she creates looks hilariously cheesy.) The Enchantress took over the body of archaeologist Dr. June Moone, who fell in love with her soldier handler, Rick Flag (Joel Kinnaman), who’s now in charge of babysitting the Suicide Squad.

Besides Deadshot, Harley Quinn and Killer Croc, there’s Jay Hernandez’s heavily-tatted Diablo, who’s been cursed with the ability to create fire; Karen Fukuhara as the masked Katana, who’s deadly with the samurai sword that’s haunted by her slain husband’s spirit; Jai Courtney as Boomerang, an Aussie baddie who does … something with a boomerang; and Adam Beach’s Slipknot, who does … something else.

Oh! I totally forgot about The Joker. That’s because he’s barely in “Suicide Squad,” despite his heavily hyped participation. He’s played by Jared Leto with the green hair, manic smile and homicidal tendencies we’ve come to know in various incarnations of the iconic villain. But he’s more giggly and creepy than truly frightening, and he’s gone for such giant stretches of time that he hardly registers on the film as a whole.

Surprisingly, the usually radiant Robbie doesn’t fare much better as The Joker’s main squeeze and partner in crime. In hot pants and a wicked smile, she has the sexy part down as Harley Quinn. But she never quite sells the crazy, and her heavy New York accent—which helped make her an instant superstar in “The Wolf of Wall Street”—is oddly inconsistent here.

Robbie and Smith get a few opportunities to banter with each other and show the chemistry that made their pairing in the con-artist comedy “Focus” so electric. Smith, of course, can’t help but be one of the most charismatic people on the planet, and so that shines through from time to time, and he also has some nice moments with Shailyn Pierre-Dixon as the daughter he hopes to reunite with once this mission is over. Similarly, Davis brings her usual formidable presence and gravitas to this otherwise unstable affair, and she’s pretty much the only one on-screen who makes the film worth watching.

Part of the problem is that the powers that be within “Suicide Squad” view even their few interesting characters as disposable. If these guys fail, they die. If they bail, they die. The makers of the film itself haven’t given us much reason to care about them, either. 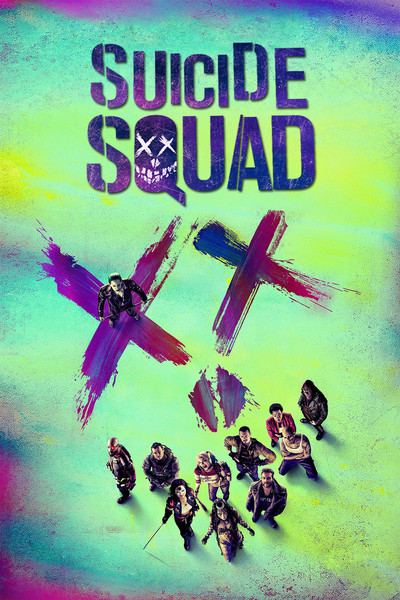 Rated PG-13 for sequences of violence and action throughout, disturbing behavior, suggestive content and language.

Will Smith as Floyd Lawton / Deadshot

Jared Leto as The Joker