"End of Watch" is one of the best police movies in recent years, a virtuoso fusion of performances and often startling action. Jake Gyllenhaal and Michael Peña are Taylor and Zavala, two Los Angeles street cops who bend a few rules but must be acknowledged as heroes. After too many police movies about officers who essentially use their badges as licenses to run wild, it's inspiring to realize that these men take their mission — to serve and protect — with such seriousness they're willing to risk their lives.

Taylor and Zavala fit the template of the "cop buddy movie," but "End of Watch" goes so much deeper than that. They've been partners for years and are so close that Zavala's wife, Gabby (Natalie Martinez), and Taylor's girlfriend, Janet (Anna Kendrick), have become like sisters. The two cops are transferred to a tough, largely Mexican-American district, where their persistence leads them across the scent of a Mexican cartel operating in Los Angeles. This is really an assignment for a detective, but they don't avoid risk, and eventually become so dangerous to the cartel that a hit is ordered against them.

That sets up the movie's third act. Earlier acts cover sensational shootouts, chases and the rescue of kids from a burning building when the fire department is slow to arrive. It must be said the two men find themselves in an implausibly high percentage of dangerous and violent situations. If every day were as harrowing and risky as their days here, it's incredible they can keep going in to work.

As the movie opens, Taylor is filming a video documentary about his job, for a film class he's taking. "End of Watch" begins with his narration about the nature of his job. All through the movie, Jake Gyllenhaal reveals a presence and stability that's in contrast to the lighter-weight, ingratiating characters he often plays. Michael Pena gives one of the performances of his career as the other cop, and the reality of their relationship underscores the whole film. We wouldn't believe some of the things they do if we didn't believe who they are.

The movie is much strengthened by strong supporting performances, not only by Natalie Martinez and Anna Kendrick but by fellow officers Van Hauser (David Harbour), Sarge (Frank Grillo) and Orozco (America Ferrera).

The consistent plausibility of "End of Watch" must owe a great deal to writer-director David Ayer. This is his second credit as a writer-director, after "Harsh Times" (2005), and he deserves many more. He knows this territory. He wrote Denzel Washington's Oscar-winning "Training Day" (2001) and two other superior cop movies, "Dark Blue" (2002), "S.W.A.T." (2003) and "The Fast and the Furious" (2001).

At this point, it seems fair to assume he may want to stay right there in Los Angeles and explore the police experience in one way after another. From a dramatic viewpoint, there are few professions that grant their members entry into other lives, high among them cops, doctors, clergymen, journalists and prostitutes. Perhaps that explains why they figure in so much television and cinema. Their lives are lived in the midst of human drama. 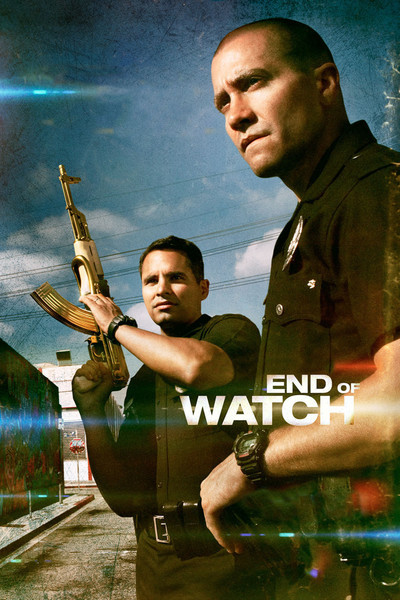 Rated R for strong violence, some disturbing images, pervasive language including sexual references and some drug use