Put on the watch. Light the cigarette, fold back the silk, and use the cigarette to burn a hole in the silk. Then put your eye up to the hole and look through, all the way through, until you find yourself falling through the hole and into the shifting patterns you see on the other side.

That's a metaphor for watching and making movies, and it's one way to watch "Inland Empire" -- a way that is, in fact, specifically recommended in the movie itself. This is David Lynch's film -- the one he's been making since "Eraserhead" -- and it offers you multiple ways to view it as it uncoils over nearly three hours, encouraging you to see it from all of them at once. It is, after all, overtly about the relationship between the movie and the observer, the actor and the performance, the watcher and the watched (and the watch).

In this sense, you might say, "Inland Empire" is a digital film, through and through. Not because Lynch shot it with the relatively small Sony PD-150 digicam and fell in love with the smeary, malleable and unstable texture of digital video (where the brightest Los Angeles sunlight can be as void and terrifying as the darkest shadow), or because the first pieces of the movie were digital shorts he made for his Web site before they grew and crystallized into a narrative idea. "Inland Empire" unfolds in a digital world (a replication of consciousness itself -- hence the title), where events really do transpire in multiple locations at the same time (or multiple times at the same place), observers are anywhere and everywhere at once, and realities are endlessly duplicable, repeatable and tweakable. This is a digital dimension where, to paraphrase Jean-Luc Godard, there's no difference between ketchup and paint and light and blood: On the screen, it's red.

"Inland Empire" presents itself as a Hollywood movie (and a movie about Hollywood) in the guise of an avant-garde mega-meta art movie. When people say "Inland Empire" is Lynch's "Sunset Boulevard," Lynch's "Persona," or Lynch's "8 1/2," they're quite right, but it also explicitly invokes connections to Stanley Kubrick's "The Shining," Jean-Luc Godard's "Pierrot le Fou," Bunuel and Dali's "Un Chien Andalou," Maya Deren's LA-experimental "Meshes of the Afternoon" (a Lynch favorite), and others.

Of course, it's also a tour-de-Lynch, in which we virtually revisit spaces and images and faces (Laura Dern, Justin Theroux, Grace Zabriskie, Harry Dean Stanton ... ) that resonate with memories of "Eraserhead," "Blue Velvet," "Twin Peaks," "Wild at Heart," "Lost Highway," "Mulholland Drive," "Inland Empire" itself -- and some perpetually unfinished Lynch movie of the future. Because, in the Inland Empire, nobody can quite remember if it's today or two days from now, because yesterday and the day after tomorrow are all transpiring in the present tense. Or, as one character puts it so memorably, "I suppose if it was 9:45, I would think it is after midnight."

You probably already know by now if you're inclined to want to see "Inland Empire," which is a good thing because it's practically impossible to review in a newspaper. It has a story -- multiple stories, all intertwined and interconnected at various nodes -- but it's structured more like a web than a yarn. Synopsis is futile, but the tag line states its elemental appeal as succinctly as possible: "A Woman in Trouble."

Let it suffice to say that the actress Laura Dern plays a Hollywood actress named Nikki Grace who is hired to play the character of Sue Blue in a movie called "On High in Blue Tomorrows," directed by Kingsley (Jeremy Irons) and co-starring Devon (Justin Theroux) as Billy Side. Turns out their movie may be some kind of shadow remake of a film that was never finished because of something that went wrong -- "something inside the story," as Kinglsey describes it.

There you have it. Something inside the story goes awry, the watch spring snaps and the works go flying in all directions, from the intersection of Hollywood and Vine to Poland to Pomona. Gypsies and gangsters and whores and animals appear. Blood and circuses! "Inland Empire" works -- and works spectacularly -- as a kind of fractal telenovela. Take any moment -- any shot or sequence or motif -- and you'll find it repeated throughout the film at greater and lesser degrees of magnification. Like a fractal image, any single fragment contains within it a representation of the whole picture.

As they pass before you, you recognize the familiar stock images, characters and dramatic templates -- often employed to build suspense, deliver a shock, jerk tears -- from a million other movies, especially the climactic moments in noir thrillers (like the one on TV at the start of "Blue Velvet"), melodramatic serials and soapy romances. There's the dark hallway, the shadowy stairway, the gun in the drawer, the seduction scene, the portentious expositional dialogue, the bedroom/sex scene, the ominous foreshadowing.... But here they're deliberately disjointed because the usual connective tissue has been moved, removed or replaced.

Lynch knows all stories are all in our heads; we make them up and then inhabit them. "Inland Empire" plays with our movie-fed storytelling expectations line by line, shot by shot, scene by scene, even reel by reel (pay attention to those changeover marks in the upper right). He toys with the building blocks -- establishing shots, reaction shots, POV, and especially closeups -- to get us to look at them in unfamiliar ways. It's poetry: We recognize the individual units of meaning, but the grammar and syntax have been altered.

And "Inland Empire" is very much a movie about acting, built around a towering performance by Dern that is itself about giving (and watching) a towering performance. There's a moment, when Dern's distorted, clown-like face is actually projected onto someone else's head, which has got to be the ultimate actor's nightmare: "This is what I do: I make big, grotesque clown-faces to parrot human behavior." You'll want to scream; you probably will. Lynch has actively campaigned (with a cow, on Sunset Boulevard) for an Academy Award nomination for Dern, and for very good reasons. Not only is Dern mind-blowingly terrific, but a nomination itself would be a meta-expansion/continuation of "Inland Empire," and the performance(s) she gives in it.

"Inland Empire" opens and contracts in your imagination while you watch it -- and you're still watching it well after it's left the screen. It's a long but thoroughly absorbing three hours (perhaps necessary for a movie that continually readjusts perceptions of time), but I feel like it's not over yet. It's still playing in my head, like a downloaded compressed file that's expanding and installing itself in my brain. This David Lynch, he put his digital virus in me. 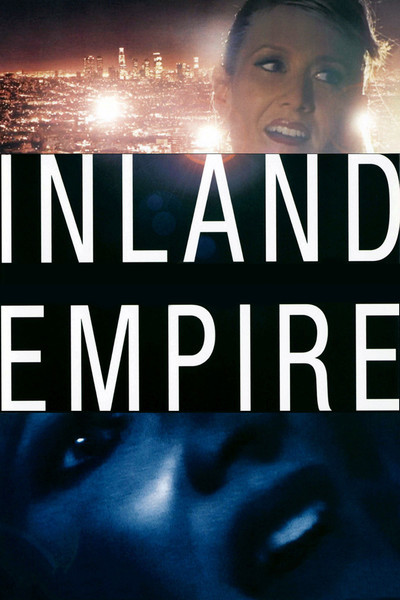 Rated R for language, some violence and sexuality/nudity.