There were notable acting lions amongst the legions at the Toronto International Film Festival this year. Al Pacino prowled the comeback trail with “Manglehorn” and “The Humbling,” while Robert Duvall roared his way through the title role in “The Judge.”

But the female legend in attendance most deserving of the mantle of lionness was Liv Ullmann. The 75-year-old muse of Swedish auteur Ingmar Bergman,  who graced 11 of his films including such classics as 1966’s “Persona” and 1972’s “Cries and Whispers,“ was in town to promote her first directing effort for the big screen in 15 years–“Miss Julie.”

For now, there is no distributor or opening date, although there are hopes that the period drama based on Swedish playwright August Strindberg’s 1888 stage staple and starring the much-in-demand Jessica Chastain, Colin Farrell and Samantha Morton will come out this year, and the film will open the 2014 Chicago International Film Festival, with Ullmann in attendance on the red carpet. Ullmann changed the Scandinavian setting to a castle in Northern Ireland and allows the camera to stray into the woods now and then. But the story remains a psycho-erotic battle of the sexes and an act of class warfare on an intimate scale.

Actually, her visit to the festival was a homecoming of sorts. When she was two, Ullmann and her Norwegian family moved to Toronto and she spent four years of her childhood in the city during World War II. She refers to the period as “the worst and the best times of my life,” after her aircraft engineer father died after having brain surgery. She nonetheless seemed eager to speak about this passion project, the hurdles involved with being a female director in a profession dominated by males and her doppelganger-like connection to Chastain. 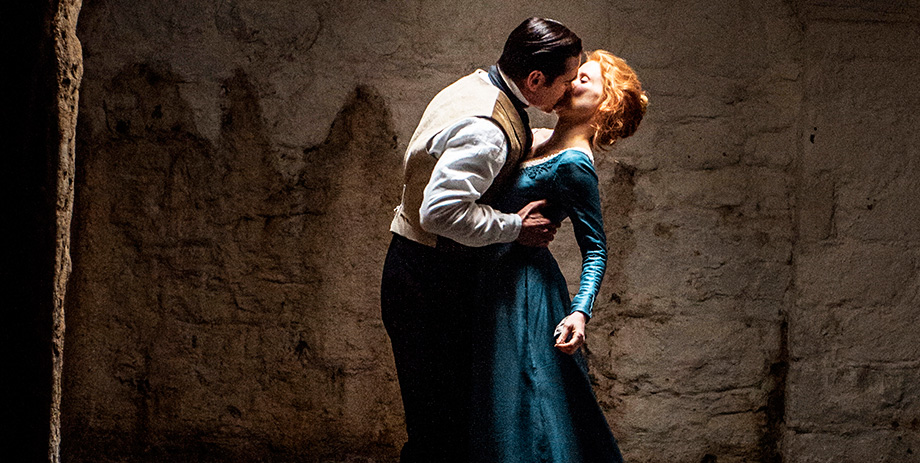 After a 15-year break, why did you decide to direct again?

I directed a lot of theater. One was in New York with Cate Blanchett, “A Streetcar Named Desire.” That was really wonderful. In Norway, I directed some plays and then I acted before that. For three years, I was going to do “A Doll’s House” for a film and we had a script. I had Ralph Fiennes and Cate Blanchett. Then she was pregnant, and I had Kate Winslet. In the end, we didn’t do it. It’s not my fault.

”Miss Julie” is one of those works that is always being revived. What makes it so timeless and why does it remain relevant even today?

I think it is timeless actually more now than at the time it was written. People don’t hear each other’s speech or they don’t listen to each other. People are very lonely on the inside. People do not admit that to each other. People are like Miss Julie is: living where she isn’t connecting to anyone. And she really has just one choice. To be completely disconnected. I think it is much worse than when Strindberg wrote it. And also this class system. Class was terrible at that time. But today when most people in the world have nothing, they don’t belong anywhere. So the class system remains.

In the U.S., the divide between the very rich and the rest of us is enormous.

Exactly. So for that and sometimes seeing a classical play that happens so many years ago, you are relaxed. You don’t think it is going to be part of what is going on today. And suddenly you see it is and you see it clearer, because you weren’t expecting it. But basically it’s also a story about love or no love. Is it hate or is it love? 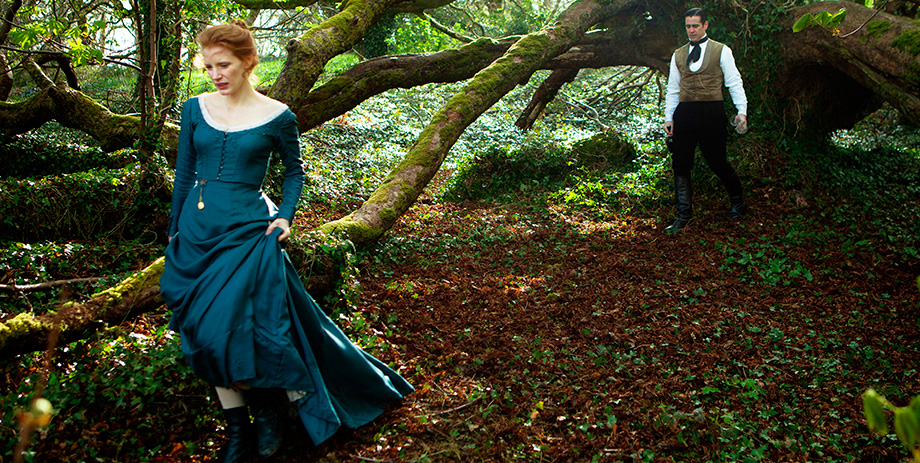 The war of the sexes.

Yes, the war of the sexes. Also, one of the few things I really said to the actors was, “I wonder if she already doesn’t have that plan. What she wants to do with her life.” I really am finding the worst play for a love story, the way it ends. That is just a thought. I asked the actors to play with it. But mostly we have secrets from each other. And I had them in my script for them to see and they had their secrets before the camera.

Strindberg wrote in Swedish but “Miss Julie” was translated into English at some point?

I did my own adaptation. I know Swedish because I am Norwegian, and when I adapted it, I had his original, of course, and then I have a lot of translations and they look very different. Just like Ibsen, there are good translations and bad translations. I translated this myself and I put in at times the sense of a woman reading it and certain words and certain things that weren’t wrong for Strindberg, I know. It’s a woman reading him and a woman doing the translation. Sometimes, there is an extra line or two. Because he hates women and he wrote that in front of the play as an essay. He did. I wanted it to be clear that women are not hateful and maybe he didn’t understand them completely.

Did Colin, who was born in Ireland, throw in any Irish dialect for you?

No, we actually didn’t, because I kept an old-fashioned kind of English that was much more like the way it was then.

That is impressive that you were able to do that.

To be honest, I was impressed myself. The voice coach (Joan Washington) helped with the dialect. She is English. She knows English, she knows Irish, she knows American. She told me this could work as Irish-English at the time. And there were very few times she came and said, “No, this should be different. This sentence.“ She was wonderful and I was very happy for her. 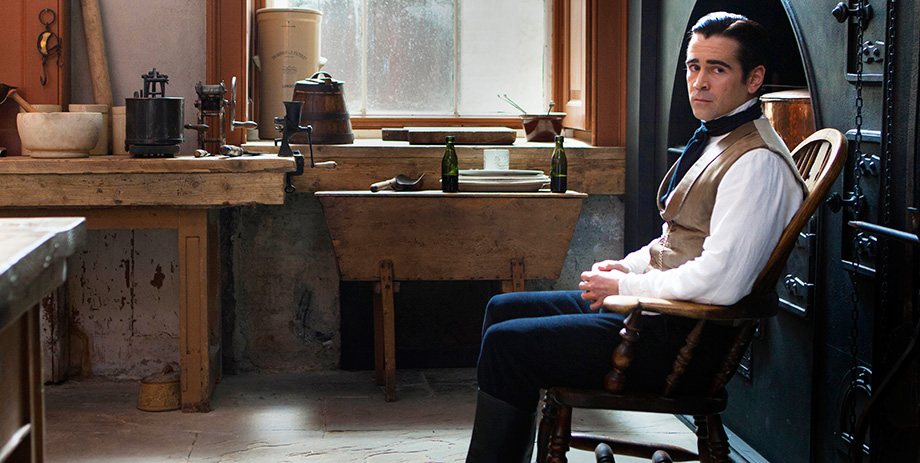 It’s funny, but I always thought you were Swedish for the longest time.

Everybody thinks I’m a Swede. But I am absolutely Norwegian and I’m very proud to be Norwegian.

What is the biggest difference between Norwegians and Swedes?

We understand Swedish better than Swedish understand Norwegian. Because I think we see more Swedish television and when we come to Sweden, because we know they don’t understand us, we put in Swedish words. But when they come to Norway, they don’t put in Norwegian words.

Why did you start directing? Did you always plan to do it?

No, I never planned. I never even thought about it. But I was asked to write a script, because I had written certain scripts for TV, for a movie based on a Danish book. It was a Danish movie (1992’s “Sofie,” which was Denmark’s Oscar entry for best foreign-language film that year). And when I gave them the script, they said, “Oh my God, you should direct this, too.” And I hadn’t even thought about it. And I called Ingmar Bergman and asked him, “Do you think I can direct?” And he said, “Yeah, you can direct.”

Working with him was probably as good as going to film school.

I could not have had a better teacher. And so I directed that movie. And, after a week, I thought, “No more acting now. This is what I want to do.” I was in love.

A hot topic recently has been the lack of opportunities for female directors, at least in Hollywood. They often do low-budget independent films but rarely move on to bigger titles.

Kathryn Bigelow did it. She did “Zero Dark Thirty.”

But there should be 20 Kathryn Bigelows, though.

Having interviewed her, she prefers not to be classified as a woman director.

But she should, because she has had the opportunity, the privilege that it happened. I can really say it. I know what’s against me. She’s an actress, they think. Not a director. A woman. No, women can’t direct. Then comes my horrible strike–age. Oh my God. These three things. I need to say it because you can do it. Your energy, your knowledge of people, seeing people, having had a life, knowing what actors need and do not need. These are valuable things. 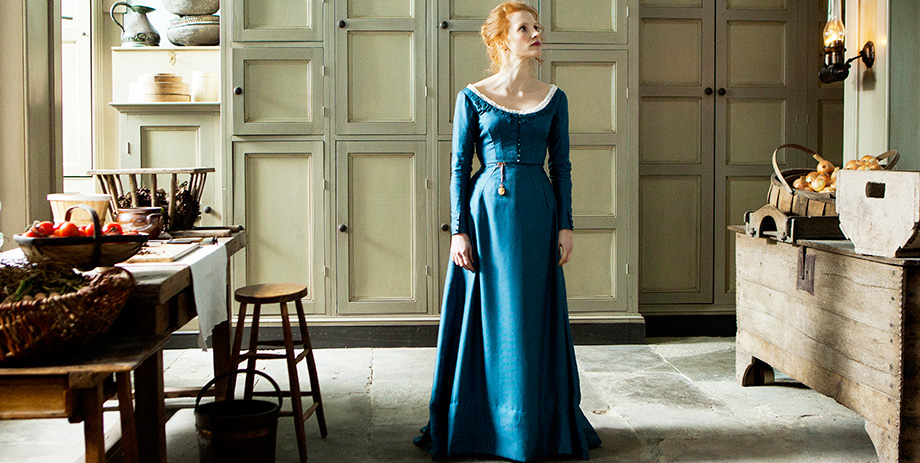 The trouble is, there are women producers and studio executives, but men still fill most of the power seats in Hollywood.

Oh, absolutely. But you know it is within us, too. I know the first movie I did make, the first week, I was so full of feeling. “Oh my God, because I’m a woman, they don’t respect me.” You know what I did the first week? I went to the cinema village (on the set) and said, “Can I go and get you coffee?” I did things like that. I was Nora in “A Doll’s House.” It took me a week before I understood what I was doing. Because we are so affected by knowing this is what I feel. That we play up to it.

Little by little, some progress is being made. Such as when Disney’s first female animated-feature director “Frozen” won an Oscar. That was big deal.

This helps, too. Every time a woman directs a challenging, serious film like “Miss Julie,” it helps.

But it’s still a female. It is still them seeing it, the men, the producers. And the lack of connection, the lack of rapport, because I’m a woman is so blatant.

What else are you are up to?

I am doing an adaptation of a movie I made from Ingmar’s script called “Private Confessions” (1996). I am now making it for the stage. That is my next work. And next month I will sit down and make another version of the favorite movie I made. It will be really exciting. I have so many notes from Ingmar when he wrote the script. Which I directed. And I’ve even got his diaries from that year. I can put a lot of things into that.

So you are still collaborating together.

You often get offered parts in films by American directors who are admirers. Brian De Palma wanted you for 1980’s “Dressed to Kill” and Steven Soderbergh wrote a role specifically for you in 2004’s “Ocean’s Twelve”. But you turned them down.

Yeah, I really don’t act. That’s one thing. And then I don’t have patience for bad directors. I have no patience for their homework. And how they want to do something with me. Use me and trust me, and I will give you something. But not when they tell me what I am thinking and what I should be doing. Like they know better. I work with these actors. I’m not telling them what they should do.

I told Jessica that it made sense that you would pick her, especially for a role you never got to play, because she is so like you. It’s the same way as when Robert Redford directed Brad Pitt in “A River Runs Through It.” She has always reminded me of you.

I didn’t know that. I know that now because I’ve been told. And I’ve seen pictures lying there when we did the movie. Makeup and hair. “Oh, yes, she looks like me when I was young.”

You both have a similar quality. You are very feminine yet you have a strength to your presence. Both of you are powerful yet quintessentially women.

She is very strong, and I’m so surprised and happy, because this beautiful little girl who I feel I want to mother and support always–that is not the woman I worked with on the set. She was already Miss Julie and she was not going to be under anyone.