The last couple years have seen a notable decline in the offerings coming out of the Midnight program at the Sundance Film Festival. Just a few years ago, we had “The Babadook” coming out of nowhere, but last year was a mess, and this year follows in that tradition, sadly. Why is this? My theory is that the programmers are putting the most interesting horror flicks at the fest in other programs like allowing “The Witch” to compete in U.S. Dramatic Competition and putting “Eyes of My Mother” and “Under the Shadow” in Next last year. What does that leave us with? This year’s slate was a motley crew that included a great comedy (“The Little Hours”), a doc (“78/52”), and an experimental film (“Kuso”). Straight horror was rare. In fact, the best horror movie of Sundance 2017 wasn’t even announced, Jordan Peele’s “Get Out,” which premiered as a secret screening. To be fair, I didn’t see “Bitch,” which has a sizable amount of buzz, but the four I did see were largely disappointing.

Easily the best is Chris Baugh’s “Bad Day For the Cut,” a taut vengeance thriller that doesn’t completely come together as one would hope but has enough solid entertainment value, well-directed visuals, and nasty twists and turns to justify a look. Donal (Nigel O’Neill) is as average as they come. He’s a farmer, who doesn’t seem to have much entertainment in his life. He works and comes home to take care of his mother, who he clearly loves. Suddenly, mom is dead, the victim of a home invasion gone wrong. Or was it? Donal begins a vengeance journey to track down those responsible and learns the world may be more complicated than he first thought from the safety of his simple life.

“Bad Day For the Cut” is a stylish, effective thriller in its best moments. Baugh can occasionally take a bit too long to get where he’s going and the film suffers from pacing issues here and there, but it’s one of the few Sundance horror films in recent years that feels satisfying once it’s over. It’s an old-fashioned, brutal film, one that suggests perhaps the hermit-esque life of a farmer might be what’s safest for us. Don’t ask questions if you’re not ready for the answers. 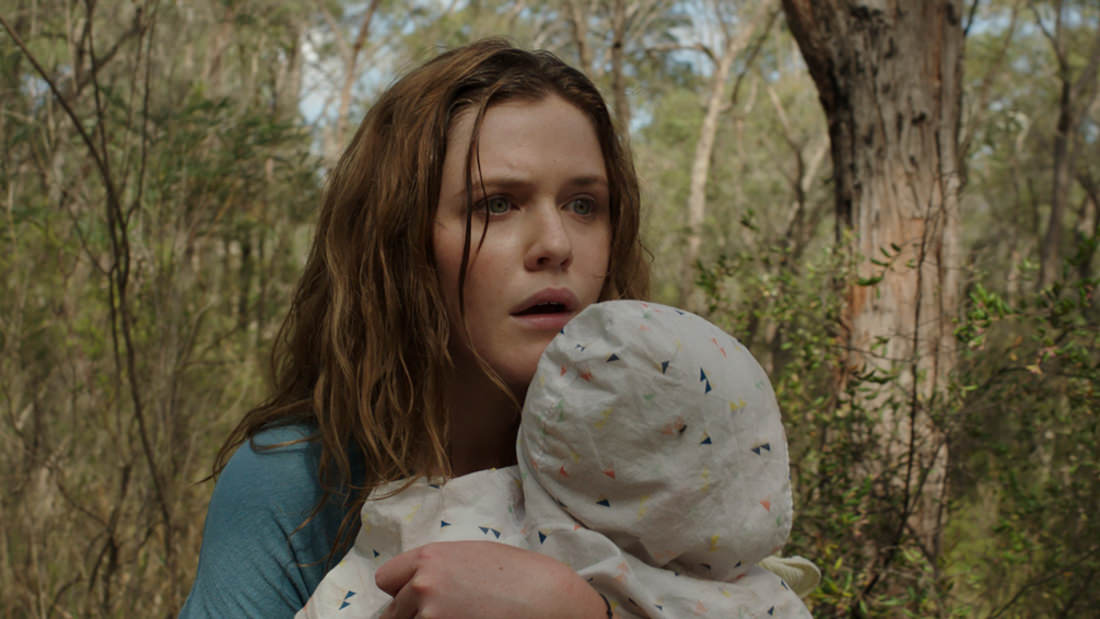 It’s a steep decline from Baugh’s film to three Midnight entries that I disliked to varying degrees. First, there’s Damien Power’s “Killing Ground,” a work done no favors by a description on the Sundance site that compares it to “Funny Games” and “Straw Dogs.” Of course, most survival horror flicks can’t live up to such expectations, but this one falls particularly short once one realizes it has little purpose beyond shock value. There are a couple of decent performances and the film is more confidently realized visually than a lot of movies in this subgenre. But it’s still a work that struggles to say something new. What it does say is lost in a poorly structured screenplay that jumps around chronologically to disguise its hollowness.

Sam (Harriet Dyer) and Ian (Ian Meadows) are going on a vacation, driving into the wilderness for a remote getaway at a campsite. Yes, “Killing Ground” is another one of those horror movies that advises against ever leaving your house. You see, Sam and Ian have stumbled onto a nightmare. At first, they don’t even realize it. They see a campsite a few hundred feet away, but start to wonder why there are no signs of life near it. Meanwhile, and frustratingly, Power cuts back to the inhabitants of said campsite, and we discover that a couple of lunatics have done the unimaginable to the people who got there just before Sam and Ian.

To say “Killing Ground” is brutal would be a wild understatement. Even Eli Roth would turn away from what happens to some of the characters in this film, but it’s a case of a delayed, unsatisfying payoff. Power’s brutality feels like brutality for the sake of brutality. Want to watch people get tortured? When the survival horror genre gets this intense, it needs something underneath the awfulness to justify spending time with it. Power never finds that something. 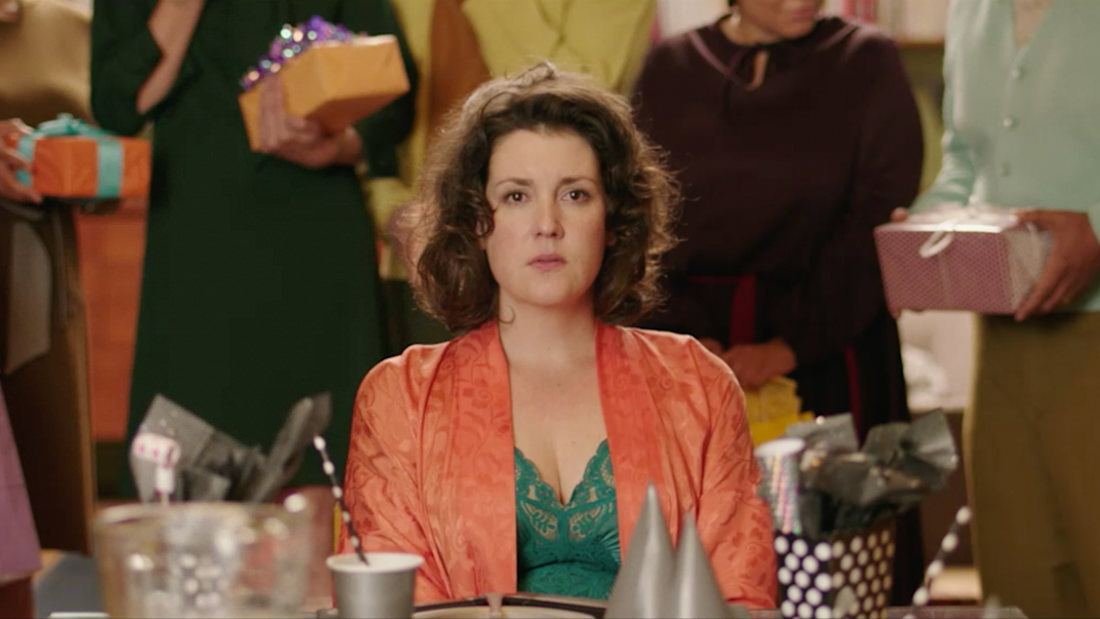 Another film in search of a purpose is the tragically disappointing “XX,” a wonderful idea that simply does not result in a wonderful film. Since “V/H/S” rekindled the horror fan’s love for the anthology series, we’ve seen a few good ones (“Southbound”) and a few bad ones (“V/H/S: Viral”). The concept behind “XX” is that it’s an anthology directed only by female directors, which promises a new angle on an old idea. Sadly, that promise goes woefully unfulfilled. “XX” is one of the rare horror anthologies in which every single one of the four shorts within it falters to a different degree.

In fact, the animated sequences from Sofia Carrillo that link the shorts may be the best thing about the film. She connects shorts by Jovanka Vuckovic, Annie Clark (aka St. Vincent), Roxanne Benjamin, and Karyn Kusama (“The Invitation”), in that order. Vuckovic adapts a Jack Ketchum short story, while the others all work from original ideas. Kusama displays the best visual sensibility in her closer that plays like a hybrid of “We Need to Talk About Kevin” and “Rosemary’s Baby.” But even that one, about a mother whose son may have a bit of a devilish side, doesn’t amount to much. And the three preceding shorts all have something to hold them back, to various degrees. Vuckovic’s works from source material that’s too thin, Clark’s isn’t really a horror film, and Benjamin’s is the only true disaster—poorly conceived and executed. Ultimately, “XX” just feels like a missed opportunity. 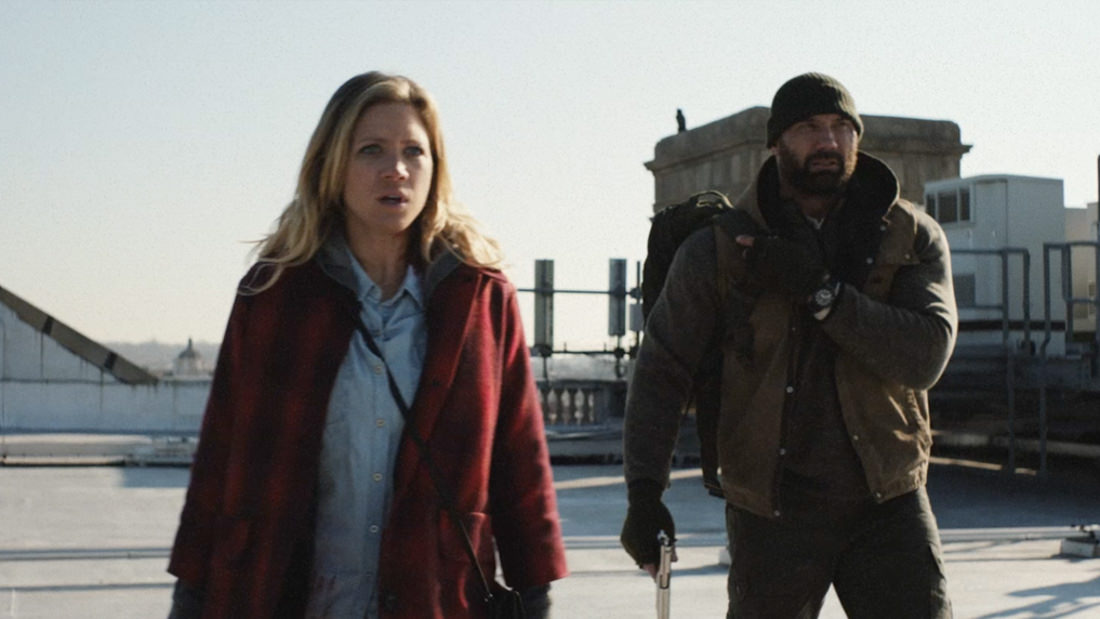 Even with that anthology’s disappointment, I’d take it over the massive waste of time that is “Bushwick,” from “Cooties” co-directors Cary Murnion and Jonathan Milott. This John Carpenter riff starts with an incredible amount of potential, courtesy of its high concept and a clever aesthetic. Lucy (Brittany Snow) is exiting a train to Brooklyn’s Bushwick neighborhood with her boyfriend when an evacuation announcement comes on. Suddenly, a man comes running into the empty station, and he’s on fire. Lucy’s boyfriend goes up the stairs first to see what’s happening and he too is hit with an explosion. Screams and gunshots can be heard in the background. And all of this is done in one shot.

Sounds cool, right? It is … for a few minutes. Lucy fights her way through a Bushwick at war, mostly in single-shot takes (the first goes a whole 30 minutes), teaming up with a veteran named Stupe (Dave Bautista), who helps her try to get to the safe zone. Sadly, the single-shot gimmick produces almost nothing of interest after that opening scene. The opportunity for forced perspective feels wasted and the movie becomes a trudging slog from first scene to last. It’s just flat when it needs to be taut and engaging. There are too few surprises in this urban nightmare, and I cared so little about Lucy and Stupe that I was hoping the cameraman would get as bored as I was and find a more interesting person to follow.