"The Witch," a period drama/horror film by first-time writer/director Robert Eggers, tellingly advertises itself as "a New England folktale" instead of a fairy tale. Fairy tales are, at heart, parables that prescribe moral values. "The Witch," a feminist narrative that focuses on an American colonial family as they undergo what seems to be an otherworldly curse, is more like a sermon. Sermons pose questions that use pointedly allegorical symbols to make us reconsider our lives, just as one character uses the Book of Job to understand her role in her family (more on Job shortly). But "The Witch" is not a morality play in a traditional sense. It's an ensemble drama about a faithless family on the verge of self-destruction. And it is about women, and the patriarchal stresses that lead to their disenfranchisement.

For a while, it is unclear which character is exactly the focus of "The Witch." It's probably not grieving mother Katherine (Kate Dickie), though Eggers gives ample consideration to her mourning of infant son Samuel, who has disappeared under unusual circumstances. And it's definitely not Katherine's mischievous young twins Jonas and Mercy (Lucas Dawson and Ellie Grainger, respectively), though Mercy does often speak for her and her brother's inability to understand how the world works after their family is banished to a foreboding forest by a nearby colony. The film's main protagonist might be William (Ralph Ineson), Katherine's troubled husband. Or it could be her eldest son Caleb (Harvey Scrimshaw), a young man desperate to defend his father from his mother's frustration.

But more often than not, "The Witch" concerns Thomasin (Anya Taylor-Joy), the eldest of Katherine and William's five children. Thomasin undergoes puberty under the mistrustful eyes of her family, but realistically, they're not too concerned with her when crops are failing, money is scarce, and Samuel is missing. Still, Thomasin absorbs the brunt of her family's anxieties: her younger siblings look to her for comfort, but she balks at the added pressure, especially after her mother makes her do more chores than the rest of her family members. There are other subplots in "The Witch," but all roads eventually lead to Thomasin. That's the dark beauty of Eggers's expansive story: it's not just about the marginalized presence of women in a male-dominated microcosm, but the harsh conditions that can, even under extremely isolated circumstances, lead women to resentment, and crippling self-doubt.

"The Witch" is, in that sense, an anti-parable. Eggers eventually leads Thomasin out of the woods, but he takes his time in clearing her path. The result sometimes feels like an imaginary Harold Pinter-scripted version of "The Crucible," since it follows desperate, lonely souls who do everything—set animal traps, milk goats, till the fields, do laundry—to avoid thinking about what's really troubling them. It takes a while for Thomasin's clan to even consider that their problems are caused by witch, or demonic enchantment. But it eventually happens. Before that, there are only signs and portents, particularly evil-looking animals: a tetchy goat, a twitchy hare, and some talkative crows. Eventually, Thomasin's family personify their fears of nature, a gnawing uncertainty that is predictably gendered as feminine. And suddenly, the family's day-to-day troubles—almost all of which stem from the fact that their land seems cursed—takes the form of a fairy tale witch.

Which brings us back to Job. In the Book of Job, God hurts Job in order to test his faith. The reader knows that God exists, and has a divine, or perhaps just Mysterious, reason for trying Job. But until Job's body is plagued by God, he doesn't question that there is a reason for his torment. The same is basically true of William and his family. Until events lead his family to start clawing at each other's throats, he goes about his business as best he can. As a result, when you watch "The Witch," you often don't seem to know what the film is about. But the film's title is a big clue: this is a fantasy about empowerment, albeit through unorthodox methods.

I've talked a lot about what "The Witch" is about without mentioning how well it's about it. That's partly because the film is so consistently engrossing that I surrendered to it early on. Eggers' hyper-mannered camerawork draws you in by evoking Johannes Vermeer's portraits and the landscape paintings of Andrew Wyeth (there's also an overt reference to one of Francisco Goya's more famous paintings, but I can't tell you which one for fear of ruining a surprise). The complex sound design and controlled editing also help establish a mood that is (paradoxically) both inviting and somber. "The Witch" draws you in so well that you won't realize its creators have been broadcasting exactly where they're taking you. 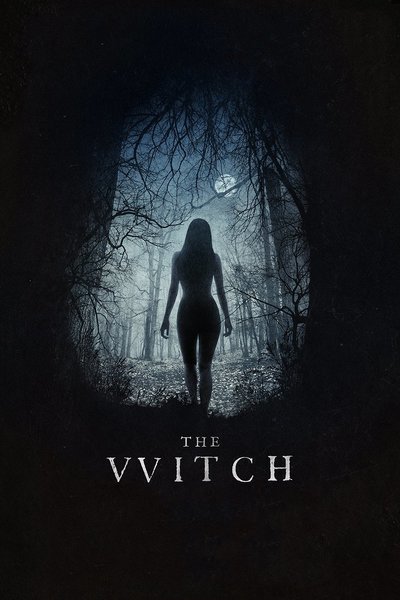