“V/H/S: Viral,” the third film after Sundance hits “V/H/S” and “V/H/S/2,” better represent the bottom of the barrel for this franchise because I don’t think I can take much more. The first film had its issues, for sure, but at least it conveyed a DIY, nostalgic throwback to ‘80s horror that could excuse some of its deeper flaws. And the second film had two segments that I would call must-see, at least for horror fans. It was more polished than the first movie (which many purists saw as a flaw), and conveyed where this series could go with some talent and some effort. There was little reason to expect such a horrendous drop in quality as there is to “Viral,” a film that contains some of the sloppiest, most ineffective filmmaking I’ve seen all year.

Even the wraparound segment doesn’t make any sense. The first two films hinged on old VHS tapes discovered and then “played” for the audience: short films connected by a wraparound segment. The connective tissue this time is an obnoxious piece that seems designed to play off the titular concept of virality in today’s social media world but is just loud, poorly edited and remarkably annoying. You have to dig to discern that “V/H/S: Viral” consists of short films with enough viral content to actually be deadly. Imagine someone screaming at you between short films and you have some idea what’s going on here.

Now, the idea that these are viral short films does give the filmmakers a bit more freedom in terms of the general restrictions of the found footage genre. However, that still didn’t excuse half of the “why would someone be filming that” choices that follow. To say that “V/H/S: Viral” pushes the suspension of disbelief in terms of found footage would be an understatement. The “Zombie Go-Pro” segment in “V/H/S/2” was delightfully simple—what if someone had a camera on their head during the undead apocalypse? All of the filmmakers here would have been well-advised to follow that simple-is-better structure.

The problems start with the first convoluted mess, “Dante the Great,” a piece about a magician (Justin Wellborn) who finds a magical cape and goes power mad with it. Everything about this segment fails. The acting is unconvincing, the structure is never consistent (are they making a documentary or is this hidden camera footage?), and the storytelling is unengaging. There’s not a single clever, interesting or memorable moment in it. The scariest thing about it is that someone thought it was competent enough to be included in a major film. It needed rewrites, recasting, and another round of editing. And it probably still wouldn’t have worked.

The bafflingly low bar set by “Dante the Great” makes Nacho Vigalondo’s “Parallel Monsters” feel like an oasis in a horror desert. In it, a mad scientist in his basement opens a door to a parallel reality, where he sees an identical version of himself. The pair agrees to hop universes for 15 minutes, look around, and come back. He QUICKLY learns that the external appearance of his doppelganger is the only thing that’s the same on the other side of that door. This bit has a nice energy and the confidence brought to it by Vigalondo, but even it ends on a note of disappointment. In comparison to the rest of the film, it’s a masterpiece, but even it just misses what I think Vigalondo intended by virtue of being largely one-joke. It’s a good joke, but it’s still just one joke.

And then it’s back into the pit with “Bonestorm,” an aggressively loud and annoying piece about skateboarders who stumble on a cult looking for a sacrifice. There are only so many shots of skateboard kids slicing and dicing their enemies one can take before we’ve crossed the line from film to something that looks more like a video game. I take that back. Most video games are more competently made.

Like a lot of horror fans, I'm both more forgiving and more critical of the genre. I know, from experience, that those who love horror movies will often overlook flaws simply because they so badly want their genre to become more respectable and critically acclaimed. Horror fans seek out under-the-radar gems, and embrace their genre's most creative voices. However, it also feels like that blind love for the horror genre can be abused by lazy filmmaking. I get angry when it feels like a fan base is being exploited because, well, "they'll see it anyway because they liked the last one." We've seen this in countless bad horror sequels. And it's exactly what we're seeing here with "V/H/S: Viral." 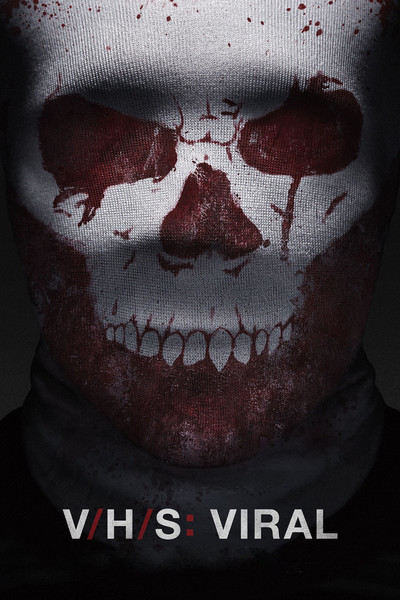 Rated R for disturbing strong violence and gore, sexual content, language and some drug use