In Conversation: Héloïse Godet of “Goodbye to Language”

Hailing from Paris, France, actress Héloïse Godet is attending this year's Ebertfest on behalf of "Goodbye to Language," which opened the festival on Wednesday night to a packed Virginia Theater audience. Serving as the de-facto spokesperson for Jean-Luc Godard, the gifted actress was awarded the coveted Golden Thumb by Chaz. Her work in Godard's latest cinematic experiment is awe-inspiring. Every frame she inhabits radiates with beauty and vulnerability. She exudes these qualities in person too, where she joined me in a candid conversation.

Are you equally critical of the digital age as Godard?

In my life I would be skeptical but in the same time amazed every day. We can be helpless in front of all that is happening around us. We're not even fast enough to learn everything. My mom has conversations with Siri.

Small ones. Just long enough so I can say, "Stop!"

When did you start acting?

My mother was an actress.

The one who talks to Siri?

(Laughs) Sorry Mom! I should't give out such information. She asked me at a very young age to help. She's always been in three different theater companies. Our living room would transform into a little theater. I always liked being involved. But the first project was around 15/16.

When you started, did you immediately know this made sense?

Now, fourteen years after I can say it's been a good choice. But at the time I didn't know it was a good choice. There was a lot of pressure, but my parents supported me.

Has it been difficult?

In France the project exists, but getting financing could take a long time. A third of the projects are not made. There are three kinds of financial types: the very low budget, the 2 million euros projects, and then the bigger budgets. And I'm in the lowest. If we can do it without money, let's do it. It's more messy.

Do you want to be in the other two?

I think I don't make the choices for that. Artistic choices are not even in my control. People don't choose me for that. I don't want to do big films like that. They don't interest me at all.

You make it sounds like it's all predestined. You don't choose the role, it chooses you.

Yes, you don't decide what you do. It's in the casting directors. I don't know many casting directors. I should. I wonder if I sent them the DVD of "Goodbye to Language" if they would watch it. I don't judge their intellect, it's about the intention of watching it. Do they have a curiosity in it?

Depends on the casting director. Have you had trouble finding work?

I'd love to work, but I've been pregnant, and I've had a baby, and a lot of people still think I'm pregnant. But I'm glad I had this baby. She's great. She's sleeping now. She brings sunshine everyday. 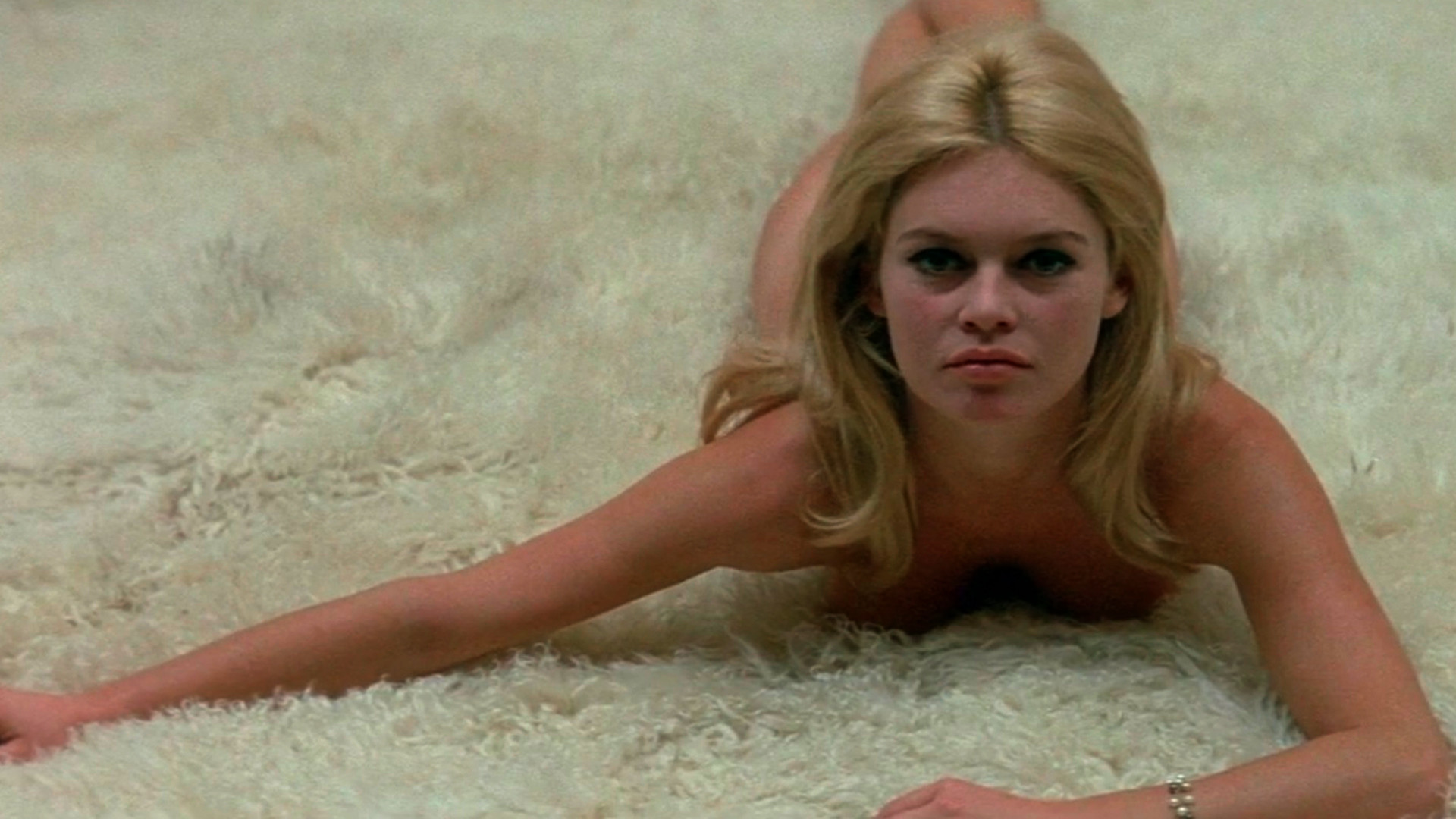 Are you going to show the baby Goodbye to Language?

If she wants, yes. If it's too early, I'll tell her well... maybe not now. When I saw "Contempt" ("Le Mépris"), I saw it too early. It didn't make sense. Now I've seen it after a couple of heartbreaks, and when you see it after a little bit of life, it makes sense and it is so powerful. It's one of the best movies ever and so touching. You have to see the movie at the right time otherwise you go through it without really experiencing it. So if my daughter wants to see "Goodbye to Language," I'll say to her "Go for it." But she may not get it if it's too early.

She may not get it anyway.

(Laughs) "Mom did not understand what she was doing." It's always good when a film starts a conversation, so perhaps I'll have a good conversation with my daughter.

It's always fascinating to think about this idea, that the movies don't change but we do.

I think that's the thing about Godard's movies, you want to re-watch them.

How familiar were you with his work prior to "Goodbye to Language"?

When I heard he wanted to meet me, I had French knowledge of him because he's always on the TV. I wasn't a specialist at all though. But I went to a retrospective of his and I saw a lot.

When you heard that he wanted to meet you ...

(Laughs) Oh my god ... is this really happening? I went to the audition thinking this is not going to happen. It's too big of a movie for me. But it was so relax and chill to have these conversations with his film assistant, who is an amazing person. We had a nice talk about life, like we are now. It wasn't really an audition. We talked about acting, cinema, and the way we want to work and the way we don't want to work.

So you and Godard were on the same wavelength?

With his assistant. With Godard you can't really be on his wavelength, because he doesn't have proper, deep conversation with you. I never really tried to because he's intimidating.

Definitely. He's such a gentle man, full of humor. Funny but not like a "ha ha ha" clown, it's not like that. He has humor.

So you didn't have extended conversation with him?

None of the actors did. He's listening to our conversations that we would have at lunch, and he can sit in front of you and not say a word for the whole lunch. Then suddenly he would suddenly break into our conversations and make a joke about what we were saying thirty minutes ago. But he's a very intense person.

You don't appear to be an intense person.

He chose me because he knows I can be his way, but otherwise I don't want to compare myself to an 84-year-old man who has a second and third theory to everything that's going on around him. He's not in one conversation. He has an extending comprehension of the conversations he's in. He's going so fast that it's overwhelming. 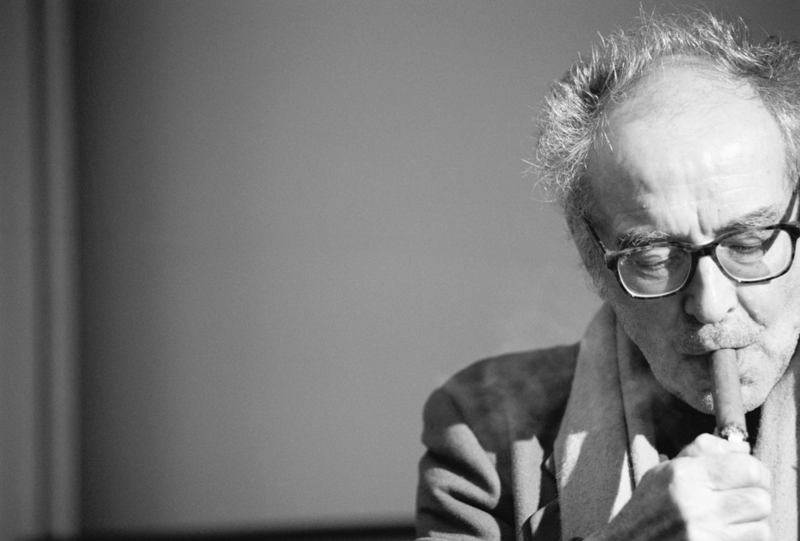 Even at this age.

Still! He's such a genius. He's wonderful. He has references and quotes about everything. His whole work is about quotes. To just remember the quotes, even if they're not totally respecting every word that is written. And you're looking for the origin of these quotes, because he changes them. One time I said, "Oh, this quote that you have in Goodbye is not exactly it. It's formulated like this in the actual version.

And what did he say?

"No, no. We will stick to that. That is my version." And every time I tried to give an idea it was rejected. I would say, "Well, I didn't have this quote in the previous scene, pointing out the continuity." And he would say, "If you want continuity, just work with another director." Every time you wanted to say something ... you just do it, and you see if he's correcting it or not.

I think he was flattered that I was doing research and working, because he likes people who are serious about it. But he wanted to show me who was the master. Even if I was right, maybe he would still say "No" because he wants the final decision.

Did you ever try to just sit him down, alone in a room, and talk?

We almost did that. I was on my way to the Locarno film festival by myself, driving. I was stopping in his hometown, and because you don't just knock on his door or send him a text message, I put an envelope in his mailbox pretty early. But because of the phone network in Switzerland, I got his voicemail two days after. He gave me a nice opportunity, and I missed it!

Do you have the voicemail saved?

Of course, because I know there are expectations about his myth, although he doesn't want to be considered this way. He hates it. He's a person, not a myth. He says, "If you want to talk to me, just knock on my door." If you have something that you have to tell him, he'll listen to you and open the door.

Yes! And even recently the letters they had fighting went out in the press. It's kind of fascinating because I think, "Oh, poor Truffaut." He was facing this Godard despise, and if I was Truffaut I would've thought of Godard as an asshole. But Godard was playing this double game of being despised and being so inventive about everything. So he was playing around, intentionally being the bad guy. There were hard feelings at the end though. But it was also a critic fight, and you know yourself how critics can be.

You can fight so hard, but it doesn't mean you hate each other. It's like Siskel & Ebert!