“Welcome to Nice,” announces the flight attendant, as the plane taxies to a halt under the hot Mediterranean sun. Although the Nice airport is miles from the center of Cannes, the two faces of this 70th anniversary festival are immediately evident inside the terminal. An arriving star from Hong Kong emerges from customs, encircled by bodyguards and handlers, arms locked protectively while being pressed inward by a huge ring of fans with phones held high. It’s impossible to get a glimpse of what celebrity might be at the center of this teeming circle. Like a many-headed creature, the solid throng moves en masse to the exit.

Two French soldiers, one female and one male, are stationed at a discreet distance from the arrivals door. Like extras from a Stallone movie, they’re impressively statuesque, arrayed in full military camouflage, berets cocked just so over foreheads and automatic weapons at the ready. Meanwhile, at the festival Palais, additional security measures now involve walking through a metal detector many times a day, in addition to the possibility of also being wanded, depending upon the whim of the guards. Bags are thoroughly inspected just inside the door. It’s a little like being at the airport 24 hours a day.

Generally these events are throwaways, perfunctory jury fashion shows at which comments along the lines of Jessica Chastain’s sincere pledge to “approach each film with an open mind and heart” prevail. As befitting a milestone festival, this press conference actually aired some issues of substance, albeit briefly and not so satisfactorily, and these include gender representation, the essential role of the big-screen viewing experience, and the controversy over political correctness. It was largely a three-way discussion, with Almodovar, Chastain, and, very entertainingly, Will Smith fielding most of the questions.

Chaz Ebert of RogerEbert.com asked whether the jury would look at the historically male-heavy competition with a greater sensitivity to the talent of women, a perennially touchy issue at Cannes. After patting his heart and declaring that he has always felt very feminine, Almodovar said that films would be judged without regard to gender considerations. Smith got a laugh by interjecting, “I’m going to make sure that I see all films with an African-American eye.” Park replied to the effect that he would feel the need to be more proactive in this regard if there weren’t already women on the jury.

The big screen vs. small screen issue surrounding this festival’s selection of some films produced directly for Netflix elicited a passionate response from Almodovar, who read a prepared statement in defense of the theatrical experience, and expressed regret that the younger generation is not aware of the hypnotizing qualities of the big screen. “You must feel small and humble in front of the image that is here to capture you,” he declared.

“Must films be politically correct?” inquired a journalist from India. “I personally think that question was racist,” quipped a deadpan Will Smith, cracking up while apologizing profusely. “It’s a joke, it’s a joke,” he repeated, still choking with laughter. Almodovar professed himself to be “open to all kinds of incorrectness.”

Smith also held the floor in terms of fashion statements, which were otherwise low-key for this jury. Strikingly spiffy in a white shirt, grey vest and grey-and-white striped tie, he responded to a comment that last year’s jury member Kirsten Dunst had worn 28 different outfits in the course of her festival public appearances. "I’m going for 32," he said with a grin, while admitting that today’s tropical heat had caused him to forgo a “Cannes-sexy, south-of-France sexy” outfit. 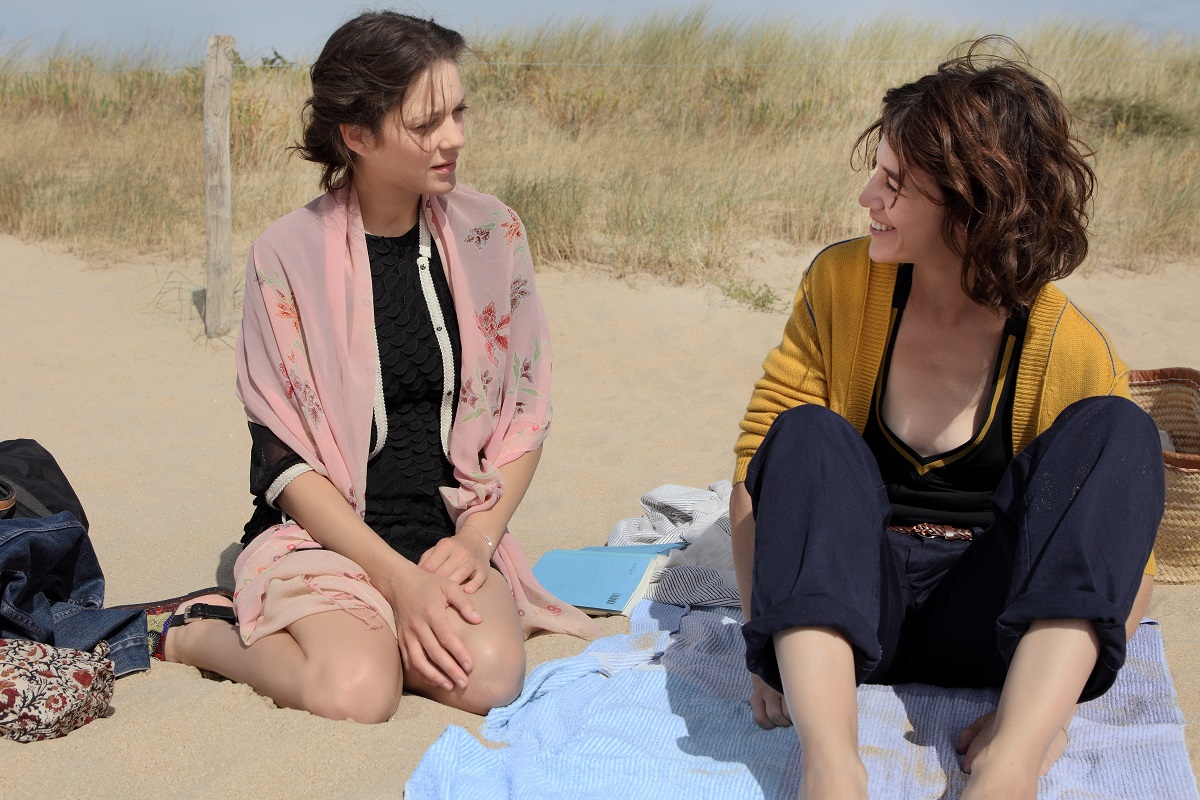 The international press got their opportunity to see tonight’s opening night film “Ismael’s Ghosts” at a morning press screening. This star-studded stinker has all the marks of being selected primarily for showiness of the red carpet parade it will afford, with Mathieu Almaric (“The Grand Budapest Hotel”), Marion Cotillard (“Midnight in Paris”) and Charlotte Gainsbourg (“Nymphomaniac") in the forefront. The cast also includes Louis Garrel, Alba Rohrwacher, Laszlo Szabo and Hippolyte Girardot, stars in France whose faces will be quite familiar to arthouse audiences in the U.S.

The press kit for “Ismael’s Ghosts,” contains a revealing quote by director Arnaud Desplechin (“My Golden Days,” “A Christmas Tale”): “I think I’ve invented a pile of plates of fiction that I will break against the screen. When they’re all broken, the film will be finished.” Desplechin’s films typically feature ensemble casts, and is this one is a jumble of half-baked stories imperfectly thrown together from the life of rumpled, unshaven film director Ismael (Amalric).

“Ismael’s Ghosts” begins as a straightforward narrative in which Ismael, a widower for some twenty years, begins an affair with shy Sylvia (Gainsbourg), but then his dead wife Carlotta (Cotillard) reappears, claiming, “I’ve come to take my man back.” Meltdowns ensue before the film splinters into a series of subplots, flashbacks, and increasingly farcical chaos.

There’s a subplot/film-within-a-film plot involving Louis Garrel’s character as a French government spy in the Middle East; another subplot involving Ismael’s heartbroken father-in-law; and yet another involving gunplay and Ismael’s wacky relationship with his film’s producer. It is indeed all thrown against the screen to see what sticks, and every character gets his or her showy bits. Amalric, always an effusive performer at his most subdued, is emoting volatility personified, with a string of screaming, furniture-breaking, plate-throwing scenes to his credit.

Cotillard is all mannered coyness, including a grotesque dance to Dylan’s “It Ain’t Me Babe.” “I wish she was still dead,” whispered the critic sitting next to me, a freelancer for a Canadian newspaper. ”I wish they were all dead,” I replied. In the ultimate copout, Gainsbourg’s Sylvia gets the job of explaining how it all turns out, facing the camera to narrate how the loose ends of Ismael’s life come together. As the lights came up I gleefully anticipated boos, but the crowd left in stunned silence. “It left us too catatonic to boo,” a colleague explained. 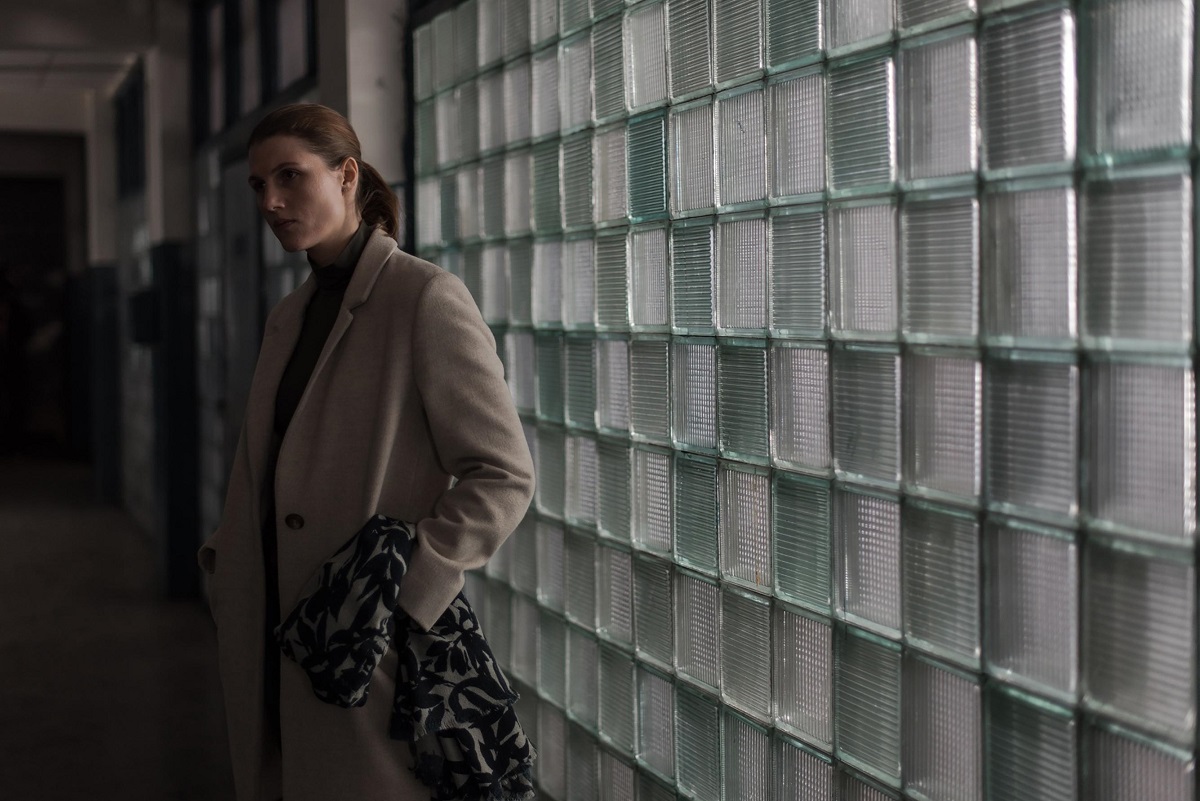 While the celebrity cast and guests for “Ismael’s Ghost” ascended the steps to the Grand Theatre Lumiere later for the official premiere, we press were in the Debussy Theatre for the debut of the first film in competition, “Loveless” by Russian director Andrey Zvyagintsev (Oscar-nominated “Leviathan,” winner of Best Screenplay at Cannes 2014). It’s a stately and mournful tragedy about a runaway child, full of procedural details that build a quiet and open-ended suspense.

Zvyagintsev makes the muted beauty of the winter landscape a significant element in a story, giving a sense of passing time through the imagery and elements of nature. A husband and wife on the verge of divorce argue loudly in their small apartment, each eager to be free, and neither wanting custody of their 12-year-old son Alexey. The camera catches the image of the boy sobbing silently in the dark behind the bathroom door, his face wracked with grief.

Alexey soon disappears from the film, present only in the all-encompassing sense of the mystery of his absence. This is the story of adult relationships and the myriad large and small ways in which regret, anger and recrimination become repeating patterns in a life, from one generation to the next. Alexey’s mother Zhenya has a new lover, a well-to-do divorced man, while Alexey’s father Boris is expecting a child with his new much-younger paramour. The trajectory of repetition is already set to play out. As a volunteer task force scours the city and nearby woods for days in search of the boy, it becomes clear that Zvyagintsev will leave it to his audience to find Alexey. 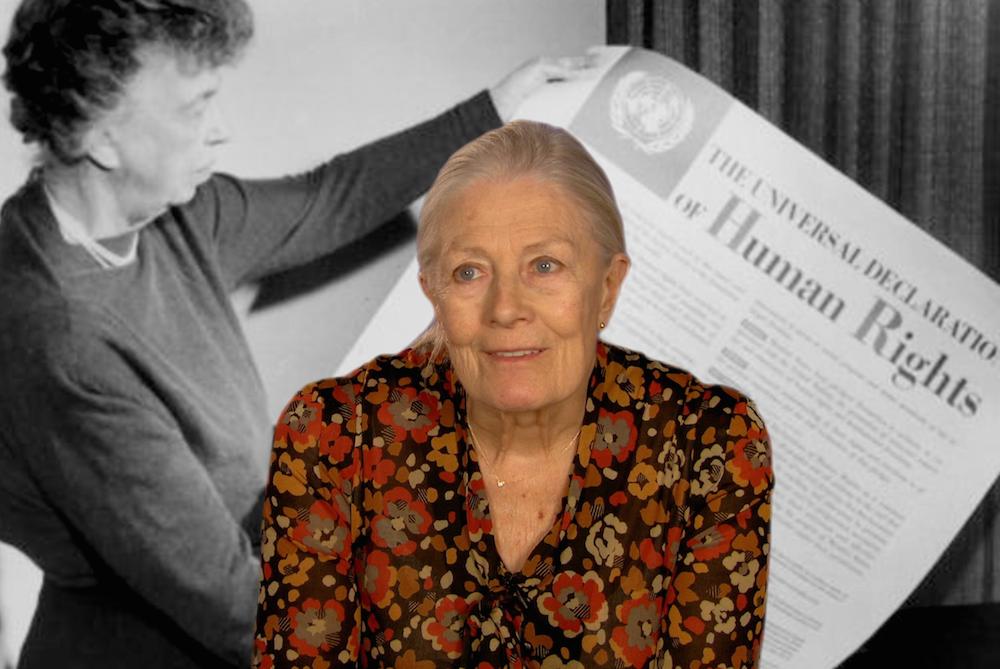 In the first of several films selected to focus on Europe’s refugee issues, “Sea Sorrow,” a documentary, the first film directed by Vanessa Redgrave, premiered in a special screening. It’s a well-intentioned effort packed with talking heads, statistics and agonizing stories, like one in which a teenage Syrian boy describes watching his parents shot to death by American soldiers. Harrowing sequences like the one in which screaming refugees unwittingly cause the sinking of their rubber raft in their panic to be rescued are painful to watch. As a film, it’s something of a feature-length infomercial for human rights, but Redgrave’s famous name will be a useful calling card in getting it seen in the right places.