The Year After the Year of Racial Cinema

From "12 Years a Slave" to "The Best Man Holiday," 2013 showed enormous progress for the cause of diversity in Hollywood, leading one filmmaker to label it a "second Harlem Renaissance." But one year does not make a movement. Was the great racial cinema of 2013 an aberration or the beginning of a genuine transformation in the way Hollywood does business?

At first, it was hard to tell. For much of 2014, there was comparatively little attention paid to the issue of race in movies. This could be read as a sign of progress; maybe we are simply no longer surprised when films made by and for black Americans are successful. But in recent months, the issue has roared back into our consciousness. The tragic race-based events that unfolded off-screen dovetailed with two terrific racial films released in December, capping off a year of cinema that was just as progressive—if not quite as revelatory—as 2013. 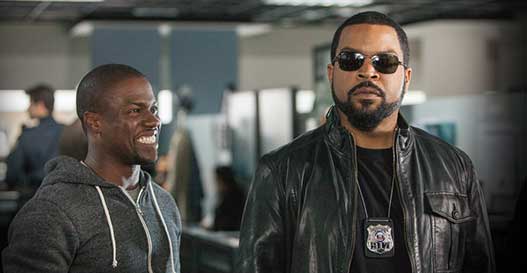 The year got off to a bang with two commercial films featuring nearly all-black casts—"Ride Along" and "About Last Night"—scoring big at the box office. The former was a genuine smash, grossing $134 million, but "About Last Night"’s $48 million haul was equally impressive for an R-rated comedy in the doldrums of winter. Although their successes were surprising to the mostly white critical community, their stars—Ice Cube, Kevin Hart, and Paula Patton—were already a big deal in urban communities, and we are likely to see a lot more of them in the future. The profits they turned should make studio executives even more comfortable greenlighting movies made by people of color.

Those films were made largely for the black community (50% of "Ride Along"'s opening weekend tickets were bought by African-Americans, and only 12% by whites), but there were also efforts this year to insert race into genres they have long been excluded from. Amma Asante’s "Belle" introduced race to the monochrome world of marriage plots. In the film, Gugu Mbatha-Raw plays Dido Belle, a mixed-race adopted daughter of British aristocrats whose personal struggles for acceptance and love play a profound role in ending the slave trade. Meanwhile, "Dear White People" turned the campus comedy into racial satire for the first time since "School Daze." There is a wider range of racial perspectives in the film than we typically see in a year of cinema, and the one-dimensional characters with which college-set films are typically drawn are replaced with complex, stereotype-busting ones like a gay, black journalism student and big-man-on-campus who is a closet pothead. 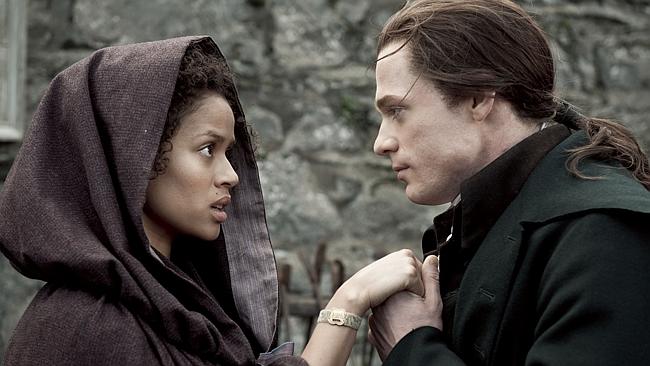 Further, both "Belle" and "Dear White People" use a biracial protagonist who embodies our divided society. Dido Belle and Sam White (Tessa Thompson) are split between two worlds, and their efforts to reconcile them reflect our broader goals of racial harmony. By effortlessly mixing the personal with the political, these films feels specific to the Obama Era, in which many Americans hoped that simply electing a biracial president would heal our racial wounds.

Of course, those hopes were mostly dashed this year, as we were painfully reminded of the inveterate racial prejudice that persists—even in liberal Hollywood. The private emails between Sony President Amy Pascal and producer Scott Rudin that were made public reveal a prejudiced view of black culture at the top of the Hollywood ladder. Again, the discussion is on the divide between the personal and political; most of the debate has centered on the discrepancy between Pascal’s offensive stabs at humor and the fact that, under her watch, her studio has produced more films starring black actors than any other. In other words, we are still trying to figure out the state of race in the business of Hollywood, so the timing could not have been better for Chris Rock’s incisive showbiz comedy "Top Five", which address that very issue with a personal touch. 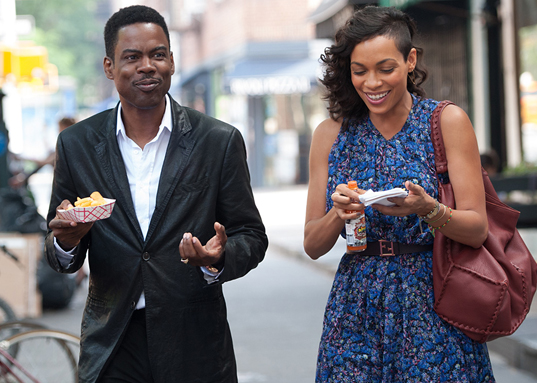 "Top Five” takes a white genre—really, a micro-genre: the comedian’s semi-autobiography—and infuses it with new stories from the black community. "Top Five" has its roots in films like Woody Allen’s "Stardust Memories" (both are about comedic stars yearning to be taken seriously) and Judd Apatow’s "Funny People," but the particular characters and plot elements are specific to the black experience. Playing a thinly-veiled version of himself, Rock strolls through the streets with a New York Times reporter discussing race, Hollywood, and the often ugly place where the two intersect. To demonstrate his point about the lack of opportunities for non-white actors, Rock cast a handful of them in the film, including Rosario Dawson, Tracy Morgan, Leslie Jones, and J.B. Smoove. It’s enlightening to see them riff and simply be themselves onscreen, a great gift of creative freedom from Rock that they were unlikely to find in a film conceived by white filmmakers.

"Top Five" is a startlingly honest film, but nothing can match the political urgency of "Selma." In some ways, its resonance would have been impossible to predict when production began earlier this spring. The film’s images of police brutality towards peaceful black protestors are in some ways indecipherable from what we have seen in Ferguson over these last few months. In a way, this makes Ava DuVernay’s film timely; on the other hand, depictions of that movement will always be timely until we resolve our racial crises. The march, for example, was enacted to help black citizens who were disenfranchised by the corrupt white justice systems of the time. With the killers of both Michael Brown and Eric Garner recently escaping indictment, "Selma" hardly feels historical at all. 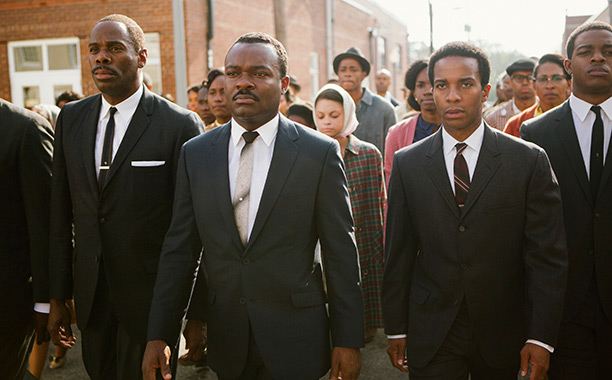 "Selma" may be the most politically progressive racial film of the year because it argues that the federal government can and should act to protect oppressed communities. But there was a more radical film about race this year: "The Purge: Anarchy." For the uninitiated, "The Purge" movies are set in a near-future dystopia in which the federal government has legislated that one night of every year be set aside for total lawlessness. The first film tiptoed around its themes of class warfare and income inequality (typically, the poor get killed by the rich during The Purge), but this summer’s even pulpier sequel put race relations front and center. As the diverse group of heroes try to survive their long, dangerous night in the city, a black power group led by a Malcolm-X type figure lurks around the periphery, reminding people of the ties between class warfare and racial prejudice, and suggesting that government may actually be perpetuating these problems. It’s a point our political leaders often are too scared to make, but "The Purge: Anarchy" has no such fear. In the climactic scene, the group bursts into a country-club slave auction to save the day. “Change only comes when their blood spills,” their leader says as he blows away a cadre of rich white folks.

It’s a line that Obama would cringe at, and so would Martin Luther King. But maybe that’s why it matters. 2014 may be remembered as the year the dream of a post-racial society that began with the Obama’s election in 2008 was crushed. The tragic events in Ferguson and Staten Island showed in no uncertain terms how far we have to go, and in light of these tragedies, it might seem obscene to point to mere movies as a sign of racial progress. If nothing else, the groundswell of momentum for more movies about the black experience creates much-needed work for black actors and filmmakers trying to earn a living.

That’s no small feat, but the larger impact should not be overlooked. Film can be an instrument of empathy. It can awaken our collective senses to the plight of oppressed peoples, and perhaps the attention paid to the deaths of Brown and Garner are at least in part due to how the racial films of the last two years have galvanized our attention. If that’s the case, 2014 was another major step forward for finding equality at the movies, even if the real world consistently reminds us of its limitations.