"Ride Along" really isn't much of a movie, but the quality that makes it mostly watchable, and occasionally enjoyable, is the fact that it seems to know that it isn't much of a movie, and doesn't push against that fact too much. The bottom line here is, if you're a fan of pint-size motormouth Kevin Hart's stand-up comedy, you're likely to have fun with this. Just don't go looking for a motion picture with credible characters or an overly involving story.

In point of fact, "Ride Along" points out several times that what it is is a comedically rebooted "Training Day," this time with glowering but teddy-bearish Ice Cube in the Denzel role and Hart…well, you can't say he's in the Ethan Hawke role. Hart plays Ben, a school security guard (his stay-in-school lecture to a recalcitrant high-schooler is an early comedy highlight of the movie) eager to make it into the police academy so he can propose properly to his girlfriend Angela (Tika Sumpter), whom he also aims to frequently make acquainted with an appendage, or is it a persona, he calls "The Black Hammer."

While Ben may be a, um, tool in the sack, he's a near-hysterical bungler and sometime slacker outside of it (he's really into online shooter-gaming). Hence, Angela's brother James doesn't believe Ben is a worthy future-in-law. And of course James is the Cube character, a hard-bit detective who's ready to go rogue in pursuit of a never-seen Atlanta crime kingpin who goes by the name of…wait for it…"Omar." Oooh. After a heated argument in which the inept Ben falls all over himself to prove James' assumptions about his lameness wrong, James makes Ben a shifty offer: Ride along on a day in James' life on the force, and see how he holds up. Of course, James arranges for the day to be filled with routine annoyances that he thinks will bore Ben senseless—and out of the yen for policing. The strategy works for a while. Ben really proves James' low opinion of him by failing to quell a kiddie disturbance on a basketball court while James is pursing an informer (a nice cameo from "Saturday Night Live"'s Jay Pharaoh). But soon grandiose Ben starts sniffing out the fact that James is working on a larger case. And soon, sure enough, the chance to smoke out "Omar" arrives, with a few twists, or should I say "twists," in tow.

One reason "Ride Along" doesn't quite parse as a story, especially given its ultra-inevitable conclusion, is that Ben really is kind of an idiot. As played by Hart, he is, of course, at certain times a manically funny idiot, and Ice Cube, who's not exactly a slouch at aggressive comedy himself, is pretty smart here to just lay back and play straight man to Hart's riffing. Only every now and then Hart's riffing flags, and you get a scene when Hart's character is compelled to restrain a beefy sallow white guy stripping down in a fancy supermarket and pouring honey on himself, and you think, "Ugh, weak-tea grossout humor is arguably more off-putting than the full-bore variety," and that makes you ready to check out of the movie, but then Hart does something funny again.

By the time "Omar" reveals himself (any movie buff worth his or her salt will recognize the young version of the actor playing him early in the movie, in the "only known photo" of the character) the movie has given up pretty much any claim it has on being good, but by the same token, it's self-aware enough not to entirely wear out its welcome. As Tika Sumpter finally gets to do something in the movie, that is, become a prop for the villain, I braced myself. "Oh dear, now there's going to be some kind of 'funny' car chase…" Spoiler alert: No car chase. The movie sputters to its happy ending, the post-credit sequence offers a final bit of amusing Kevin Hart content, and everyone goes home happy. Okay, maybe not happy, but also not pissed-off. 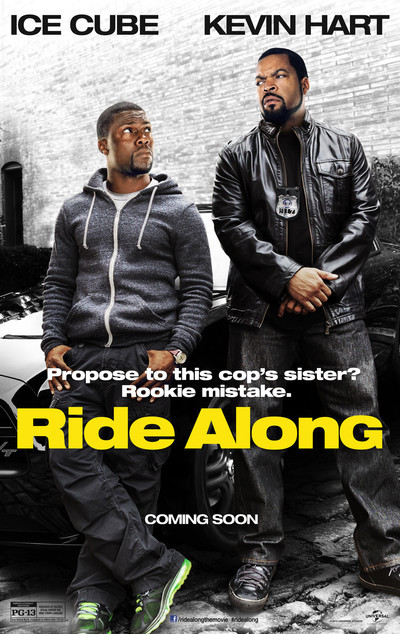