"Woody Allen: A Documentary" airs on PBS stations in two parts, at 9 p. m. Sunday and Monday, Nov. 20 and 21. Check local listings for airtimes. Also available via PBS On Demand. 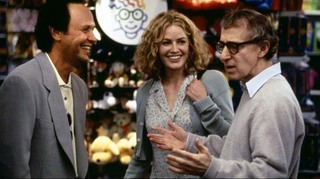 I took this gig as a challenge. It's not that I hate Woody Allen; I just don't adore him as much as you would like. Plus, I live in the Bizarro World when it comes to his films, enjoying the ones most people hate and vice-versa. For example, I hated "Match Point," disliked "Annie Hall," and could never commit to "Manhattan" despite its astonishing, heartbreaking cinematography. Conversely, I loved "Deconstructing Harry," found "A Midsummer Night's Sex Comedy" amusing, and I may be the only sane person who liked "Hollywood Ending." These confessions may disturb die-hard fans, but before you vow never to read anything of mine again, you should watch American Masters' "Woody Allen: A Documentary." There you'll discover that Woody Allen dislikes most of his movies, even going so far as to offer to make a different movie for free if United Artists used "Manhattan" for kindling. Compared to that, my "meh" reaction to the gorgeous-looking film is a ringing endorsement. We now know who should be getting your hate mail, don't we? 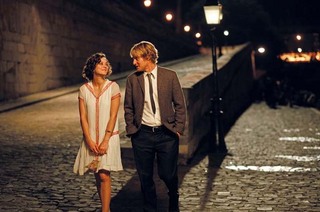 Not that Allen would care. Robert B. Weide's exceptional documentary makes clear that critical opinion is the farthest thing from its subject's mind. The prolific writer-director has been too busy cranking out a film a year for the past four decades to worry about what anyone thinks of them. You'd have to go back to the studio system's heyday for that kind of output, work that produced eleven solo and three collaborative Oscar nominations for writing. That's two more than my beloved Billy Wilder, who coincidentally never got a solo writing nomination. Add to those fourteen writing nods his six directing nominations, sole acting nod and the resulting three wins, and you have one of the most honored filmmakers in Hollywood history. He can expect a 22nd nomination for "Midnight in Paris," which I cop to liking but not with the slobbering praise afforded it by most critics. (It's like a cross between Cliffs Notes, "The Purple Rose of Cairo" and a Tea Party rally, with all that "it's so much better in the past" nonsense.) The fact that awards mortify Allen makes these numerous acknowledgements the kind of ironic, funny joke one would find in, well, a Woody Allen movie. 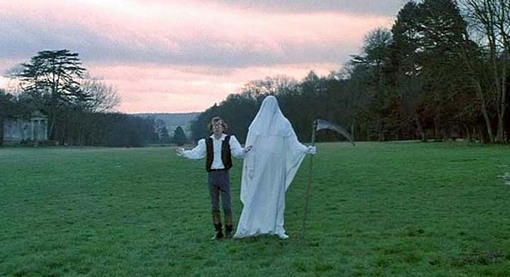 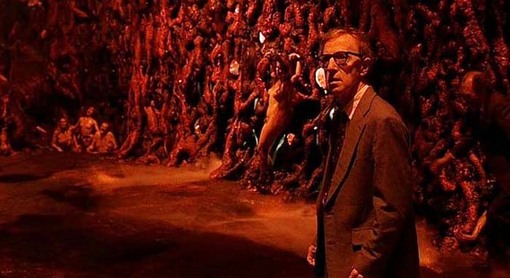 "Woody Allen: A Documentary" benefits from both its masterful construction and the willingness of Allen to offer commentary on everything from his oeuvre to his explosive divorce. Allen drives the narrative with wit, honesty and pathos, which Weide supplements with perfectly chosen clips, pictures and talking heads. The deft editing provides a seamless flow of ideas and concepts beholden to the central theme: An artist's personal demons and compulsions can influence his body of work. Allen's views on religion and mortality have a kinship with Martin Scorsese's, even if the views and ultimate outcomes are completely different. Scorsese fears where he'll go when he dies. Allen fears death, period, so much so that the documentary keeps returning to the topic in ways that are morbidly funny but never tiring. 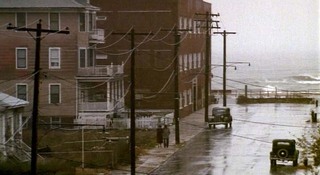 Weide interviews actors and writers who have worked with Allen, director contemporaries like Scorsese and family members like Letty Aronson, Allen's sister and producer of his films since "The Curse of the Jade Scorpion." Scorsese sums up my assessment of Allen's movies: This was a New York he found completely foreign. Weide offers up clips from Scorsese's "Mean Streets" and Allen's "Radio Days," both evocations of youthful memories in NYC, for comparison. Aronson dishes on the kind of big brother Allen Konigsburg was, and how it influenced the director he became. Actors discuss the director's minimalist directing style, but the urban legend that Allen doesn't direct actors is debunked with clips of him doing just that. Most of his film work is covered, and three and a half hours fly by with the quickness of the one-liners in Allen's old stand-up routines. 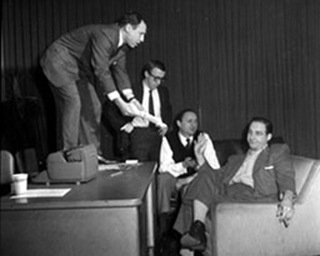 Jokes are where both Allen's career and "Woody Allen: A Documentary" start. Following Allen's career chronologically, we learn that he started out writing and submitting jokes to people like Walter Winchell, who put them in their columns. This led to writing for Sid Caesar "Your Show of Shows," TV specials, where he collaborated with Mel Brooks and Larry Gelbart, and a stand-up comedy career that Allen describes as pure anguish. Here was an introverted, shy kid in the lion's den of a comedy club in Greenwich Village. "Some nights he was just horrible," we are told, "but some nights he was beyond brilliant." 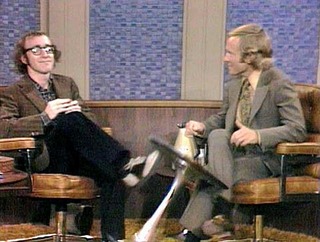 To hear Allen tell it, every night he was tortured, throwing up before shows and being horrified just before hitting the stage. Weide provides us with clips of Allen performing for live audiences and improvising on "The Dick Cavett Show." This section includes a must-see black and white clip of Allen singing and dancing in front of a huge "WOODY" sign. I can only imagine how much weight he lost puking before that number.

Allen would revive his dreadful singing career 30 years later, in "Everyone Says I Love You," from which Weide shows his sublime dance number with the only person who can sing in that movie, Goldie Hawn. Until then, Weide navigates us through Allen's goofy 1960's output (though "Casino Royale" is conspicuously absent), his early 70's screwball comedies and celebrated late 70's comic romances with Diane Keaton, his ballsy but extremely boring Bergman homages, his most celebrated 80's film, "Crimes and Misdemeanors," and his string of films with Satan's onscreen Baby-Mama, Mia Farrow. 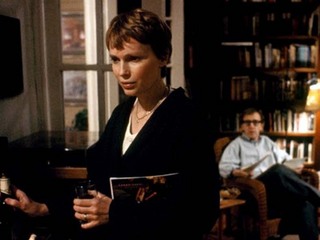 The section on Allen's personal and professional relationship with Farrow is one of the most interesting parts of "Woody Allen: A Documentary." Allen, Weide, and a few others tackle the subject head-on while images of New York Post and Daily News headlines fly by onscreen. ("BANANAS!" yells one Daily News front page.) Considering the information Weide's interviews manage to get from his subjects, I half-expected Farrow to suddenly show up onscreen. I would not have expected her to return to the set of "Husbands and Wives," Allen's most acrimonious and--thanks to the masturbation-influenced camera work--most seizure-inducing film. But return she does, and Weide underscores the real-life action with a quote from Farrow's cinematic counterpart in "Wives." Throughout this section, Allen points out that Farrow was a wonderful actress he tried to use in ways she hadn't been before. Unfortunately, her fine performances in many of his films get overshadowed, both by scandal and fans blinded with nostalgia for the old days of "Annie Hall." Allen would later give those fans what they wanted, reteaming with Keaton for the mostly disliked "Manhattan Murder Mystery." I liked that one. See! Like I said: Bizarro World. 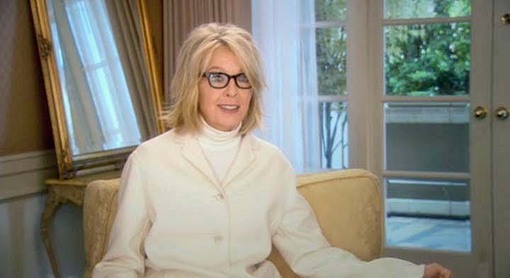 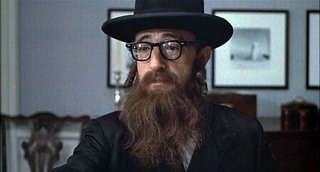 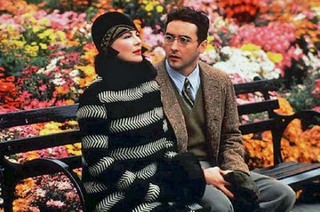 Besides Allen, the most interesting comments come from his actors. Diane Keaton is on hand to discuss how she tried to get Woody's romantic attention, and to reveal the truth about Annie Hall's famous Grammy Hall. "She really existed--she was Keaton's grandmother," says Allen. "She was a racist," says Keaton matter-of-factly. (I wish she'd said "Oh well, la-di-da" after that.) Oscar winner Dianne Wiest blatantly disregards her character Helen Sinclair's advice to speak highly of the man who wrote both her winning roles (in "Hannah and Her Sisters" and "Bullets Over Broadway"), the latter of which she was initially so bad in she expected Allen to fire her. We hear from the two best Woody Allen stand-ins (Owen Wilson and John Cusack), and from one of the worst, Larry David. Mira Sorvino and Penelope Cruz, both Oscar winners for Allen films, also appear to profess their love for their director. There's also a ScarJo sighting for all you horny fanboys out there, which meant I had to sit through scenes of Allen's two worst movies so you can enjoy her rack. You're welcome.

I've saved my favorite actor interview for last. Mariel Hemingway, who spoke Allen's most unabashedly romantic line at the end of "Manhattan," speaks eloquently of her time with Allen, and to remind me exactly why I could never commit to a movie that features the greatest shot ever put on film of the city I love. ("We brought our own bench," Allen says of that scene.) Her character is just too smartly written and acted for me to believe she could be involved with Allen's Isaac. Maybe there is such a thing as being too good in a movie after all. 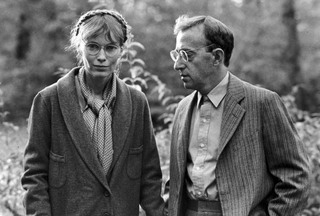 Weide gives equal time to Allen's behind the camera collaborators. Gordon Willis, the great cinematographer, talks about how unusual it was to have been asked to shoot a comedy, and how they processed the film for "Zelig." Marshall Brickman, who wrote "Annie Hall" and "Manhattan" with Allen, and Douglas McGrath, who collaborated on "Bullets Over Broadway," speak of Allen's writing process. McGrath does an entertaining imitation of Allen's voice while describing the madness of writing "Bullets Over Broadway" while knee-deep in the traumatic days of Allen's divorce. Brickman doesn't get how the "Manhattan" that made it to theaters in 1979 was so vastly different from whatever Allen originally saw in his head to make him dislike the picture so much. After all, Allen directed it. Perhaps the story Allen tells about a letter Chekhov wrote to a budding writer holds the key to his disdain. 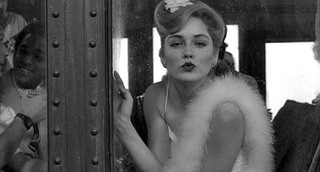 And on and on. "Woody Allen: A Documentary" takes us right up to his current feature, and his most successful in decades, "Midnight in Paris." Told in two parts, the first section ends with 1980's "Stardust Memories," a movie Allen meant to be Felliniesque but critics saw as a Lauryn Hill-style hate letter to his fans. Weide smartly shows us Pauline Kael's searing last line from her review and the most memorable shot from the film. In it, Sharon Stone shows us the one set of lips on the female form that aren't automatically rated R, blowing a kiss to the director from a train. At the time, "Stardust Memories" seemed as if it might be the end of Allen's career, and it makes for a good cliffhanger ending. 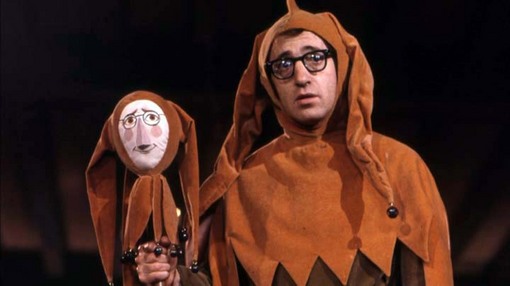 The second part ends with a line from Woody Allen that is pure genius, both in its Billy Wilder style placement (it's the last line) and its delivery. It's almost worth seeing the documentary just for that, but the rest of "Woody Allen: A Documentary" is worth the time of fans and haters alike. If nothing else, the longevity of Allen's career, and the places his muse has taken him, demand respect and attention. Earlier, I said I considered watching this film a challenge, but by its end I realized a lot more of Allen's movies fell for me on the "like" side than the "dislike" side of the chasm between love and hate. It's just that when I hated his movies, I really hated them, and that sometimes overshadowed the truth.

With its jazz soundtrack, simple looking credits and occasional one-liners from its lead, "Woody Allen: A Documentary" feels crafted by Allen himself. It's as if the documentary stood next to Zelig, but turned into him instead. This is a great piece of nonfiction filmmaking. Not that you asked, but my favorite film of his remains the first one I ever saw: "Sleeper." 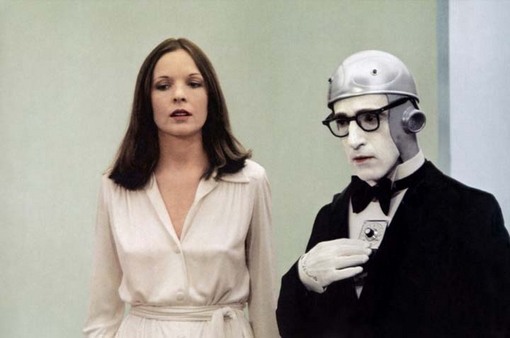 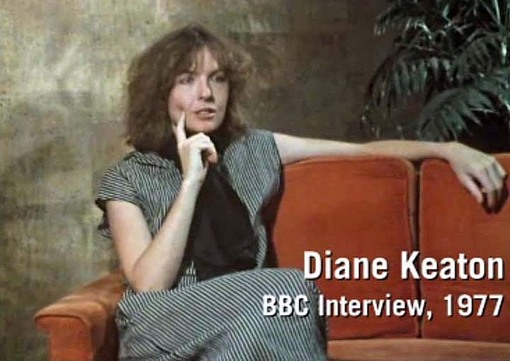 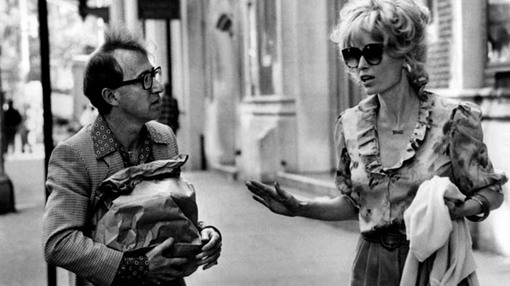 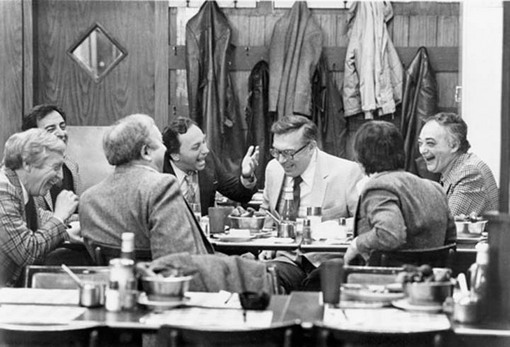 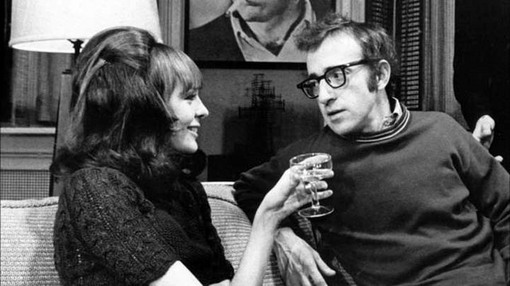