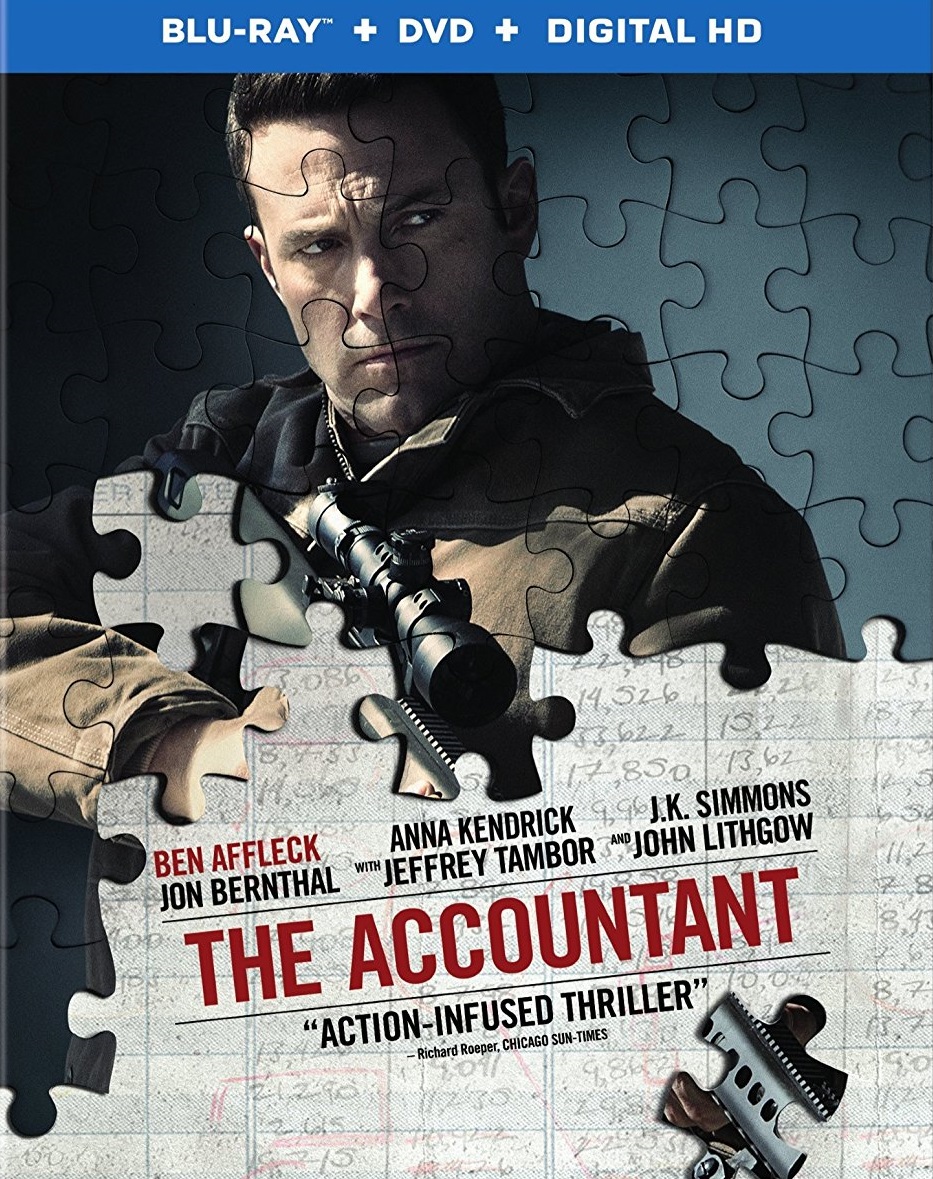 Ben Affleck had a weird 2016. "Batman vs. Superman: Dawn of Justice" was one of the most divisive blockbusters of the year and his awards bait, "Live by Night," just fell flat with critics and audiences. In the middle, there was this decent hit, a solid rental for action movie fans if they suitably lower their expectations. Not as smart or clever as it should have been, "The Accountant" stars Affleck as a combination number cruncher and international assassin. It's "Rain Man" meets "Jason Bourne." Affleck is good, as is the rest of the cast (especially J.K. Simmons and Jon Bernthal) but the script relies way too much on an obvious twist and, of all things, a back story explainer from Simmons in the final act, in which he basically relays Affleck's character's life story for ten whole minutes. 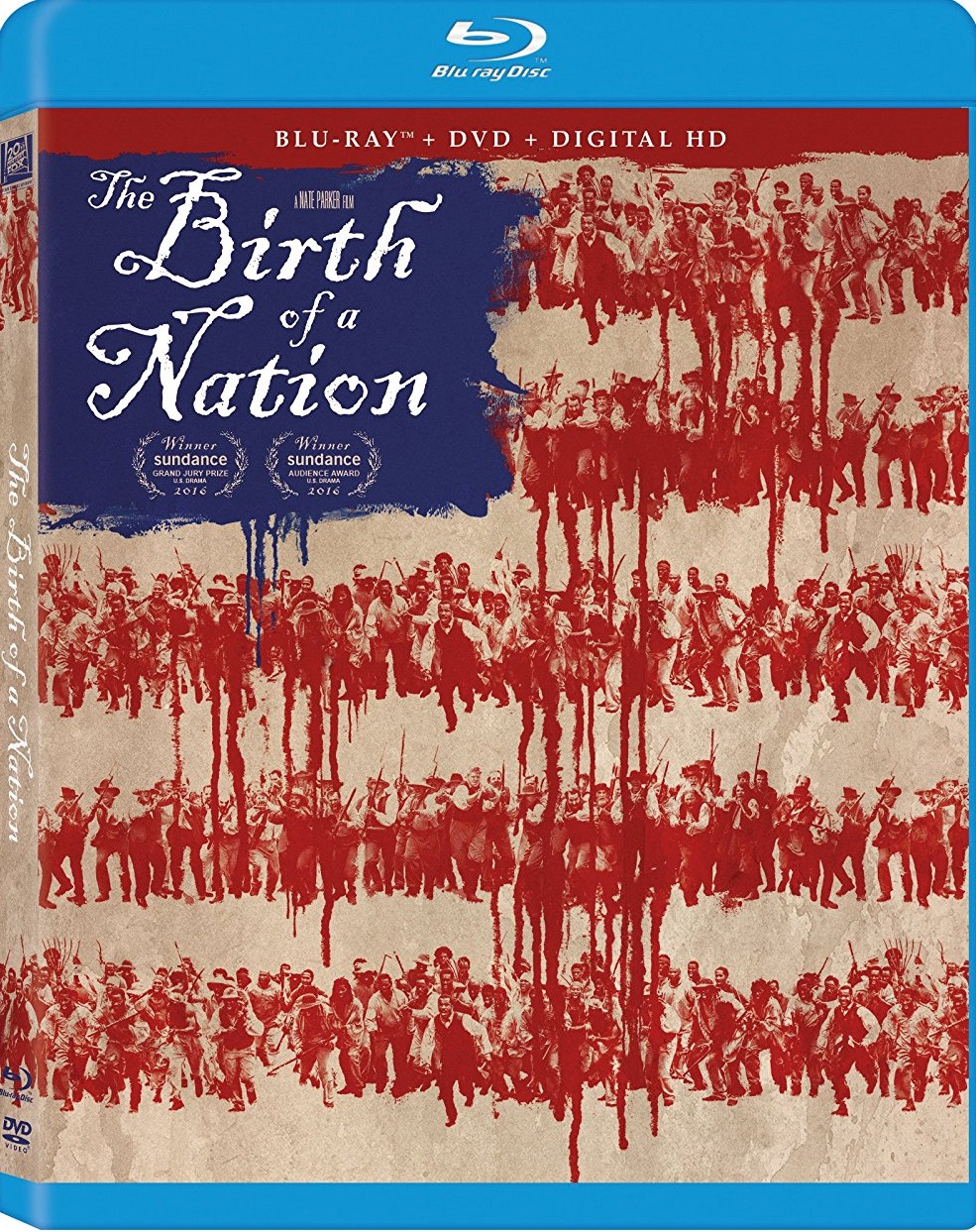 "The Birth of a Nation"

Nate Parker's film is a stunning case study in audience reactions to issues not exactly on the screen itself. At first, Sundance audiences arguably overreacted to Parker's film, praising it in the wake of #OscarsSoWhite and a film festival yearning for diversity in the director's chair. Parker was going to be the minority filmmaker that 2016 so desperately needed. Then the stories of his past came out. We learned that he, and one of the film's co-writers, had been accused of rape in college, which gave the film's added-to-history angle of Nat Turner as a rape avenger an entirely different feeling. People will study and discuss both reactions for years, but what of the film itself? It's not as good as Sundance first claimed nor as bad you've probably heard. Parker's performance is solid, and it's a story that should be told. It's somewhat sad that the real story of the man who made it overshadowed the history here so completely. 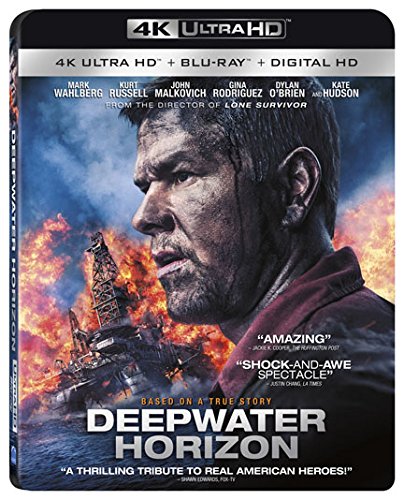 This column is generally about highlights, or films/Blu-rays I would recommend you add to your queue, but this is an exception I think is worth making. I'm so alone in my general dislike of Peter Berg's too-simple, reliant-on-CGI-explosions action movie that consensus mandates I include it. To be fair, it holds up better outside of the exhaustion of a film festival like Toronto, where I saw it late in last year's event, and does feature some remarkable set pieces. I stand by my argument that there's too little context or character for the movie to really resonate, but your mileage may vary, as most others critics did. It's also a Blu-ray worth noting for its depth of special features, including featurettes on real deep rig workers and extensive making-of material.

Special Features
The Fury of the Rig: Bringing the Incredible Rig and Explorer Stunts to Life
Deepwater Surveillance: Access the Set Up Close with Raw Footage
Work Like and American: 8 Stories of Real American Workers
Beyond the Horizon: An Hour-long 5 Part Series
Captain of the Rig 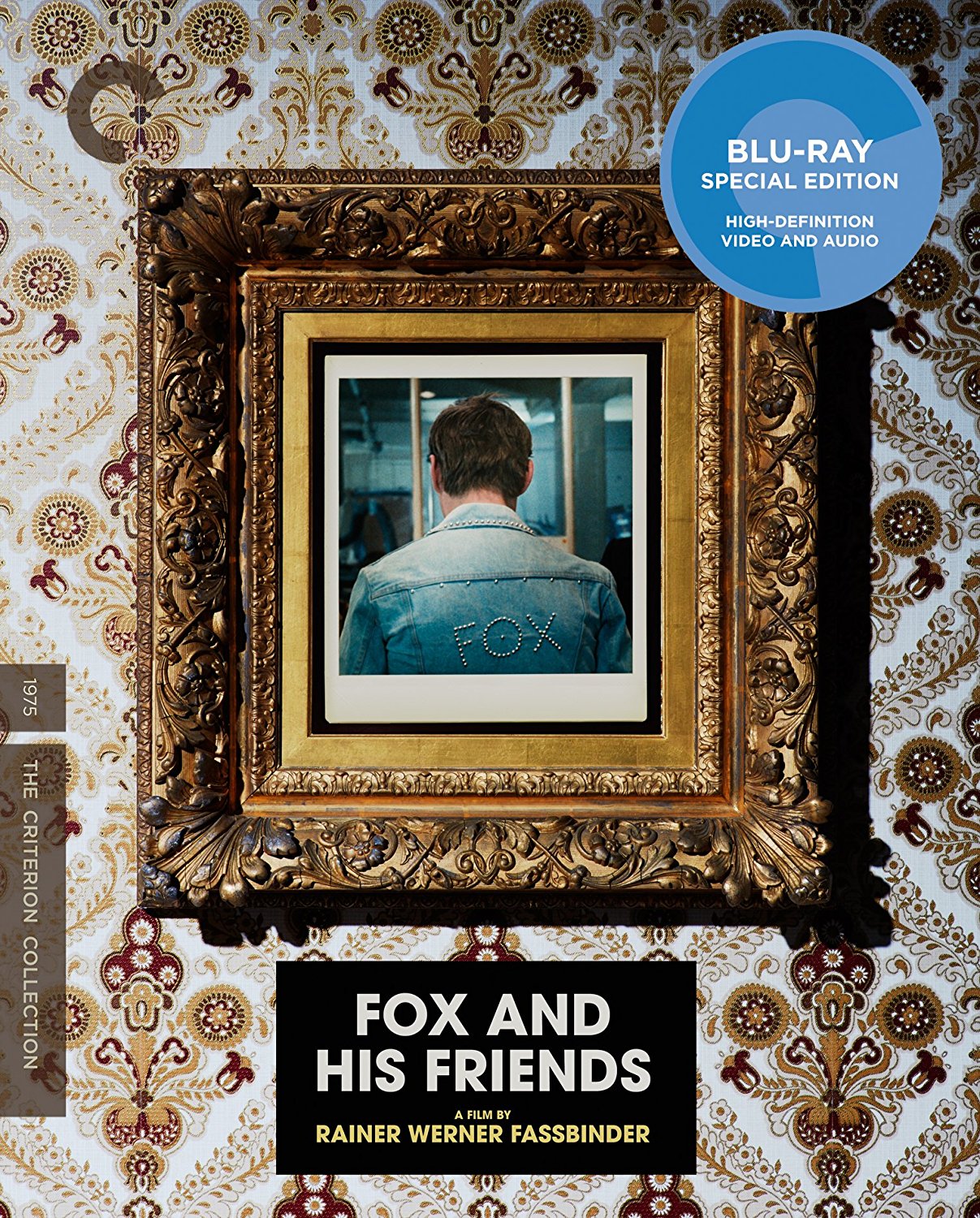 "Fox and His Friends" (Criterion)

Rainer Werner Fassbinder's movies still feel unique, decades after their original release, and Criterion has done an admirable job of keeping the filmmaker in the national conversation, regularly adding new works of his to the collection. "Fox and His Friends" is actually the 14th film in the collection, including the early works collected in "Eclipse Series 39: Early Fassbinder" (although some, including "The BRD Trilogy," are out of print). "Fox and His Friends" is Fassbinder's 1975 film in which the director stars as a man who wins the lottery, gaining him access to a different social class, where he is summarily swindled. It's a cynical and captivating film that's not one of my favorites by the director but certainly worth seeing and I'm happy it's included in the collection. 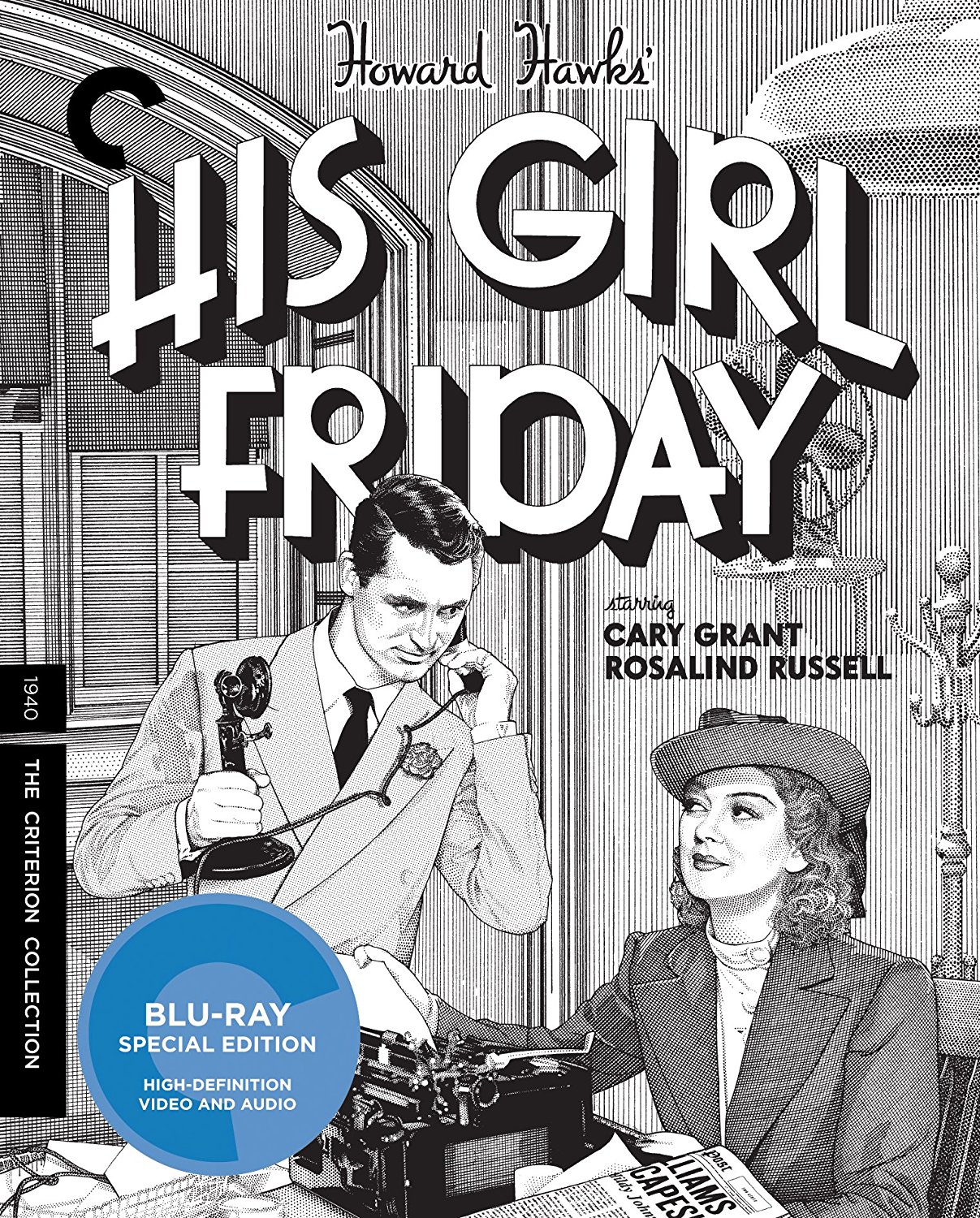 While I may have some reservations wholeheartedly recommending "Fox and His Friends," I have none about this week's other new Criterion release, the masterful "His Girl Friday," one of the films that made me a movie lover. I can remember as a young man being introduced to films like "Bringing Up Baby," "The Philadelphia Story," and this incredible war of words featuring one of Cary Grant's most charismatic performances. I wanted to be as suave and smart as the characters in this film, which has been gloriously restored in a high-def restoration. It literally hasn't looked this good in decades. The release from Criterion is also stacked with special features, including an entirely different film, 1931's "The Front Page," based on the same source material, a radio adaptation, and fantastic interviews and featurettes. It's really early, but this is going to be one of the best Criterion Blu-ray releases of the year. 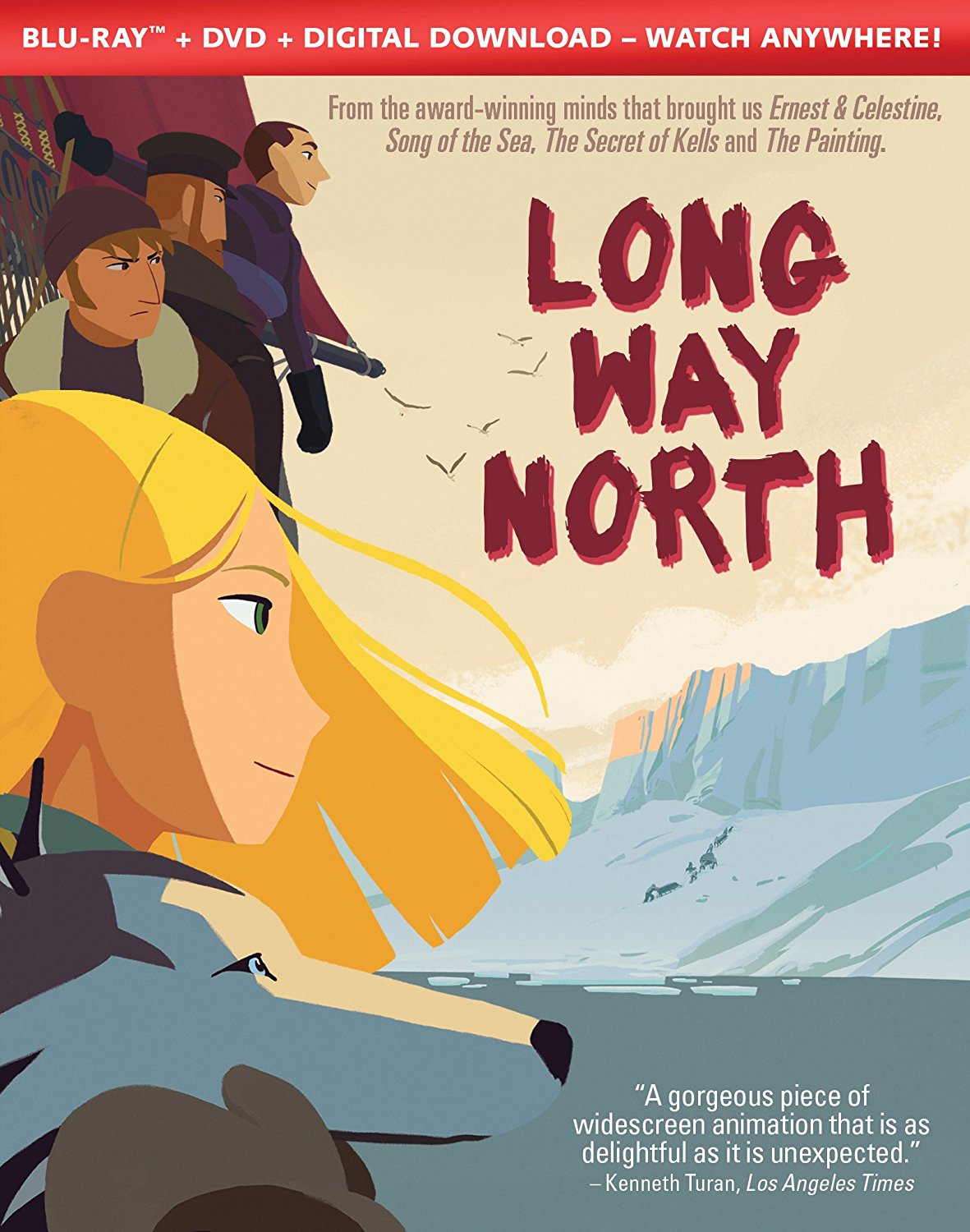 This latest animated import has some undeniably striking moments, especially in its final act, but it's frustrating in that it often feels too sleight to register as completely as one hopes it would. My boys, who are big into Studio Ghibli and generally take to girl power tales, were bored. I was a little less-so because I found a lot of the visuals entrancing, but this story of a young lady who tracks her grandfather's lost ship on a quest to find the North Pole has moments of beauty but ultimately feels forgettable. Still, I'll take this kind of artistically-driven, hand-drawn animation over product-driven CGI animation almost every day. 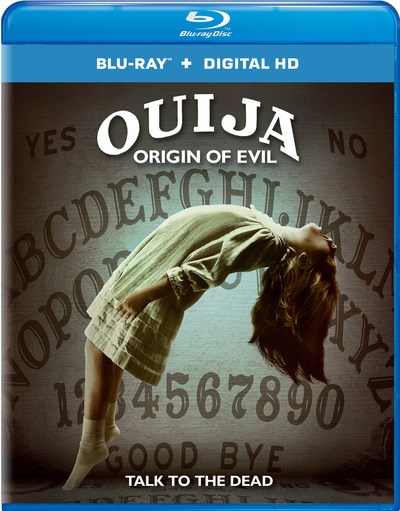 "Daddy told me ... with the board." As if that line isn't creepy enough, it's not long before the same little girl actually says to a guy who might as well be wearing a Star Trek red shirt, "Want to see something neat?" Say no! Run away! The increasingly promising Mike Flanagan ("Oculus," "Hush") was clearly a director-for-hire on this quickie sequel but, man, did they luck out when they hired him? He brings so much more to the material than other directors would have, giving it the tension and character so often missing from PG-13 horror. Even he can't save the relatively awful final act, but that first hour is horror gold.

Special Features
Deleted Scenes
The Making of Ouija:of Evil
Home is Where the Horror is
The Girl Behind Doris
Feature Commentary with Director/Co-Writer/Editor Mike Flanagan 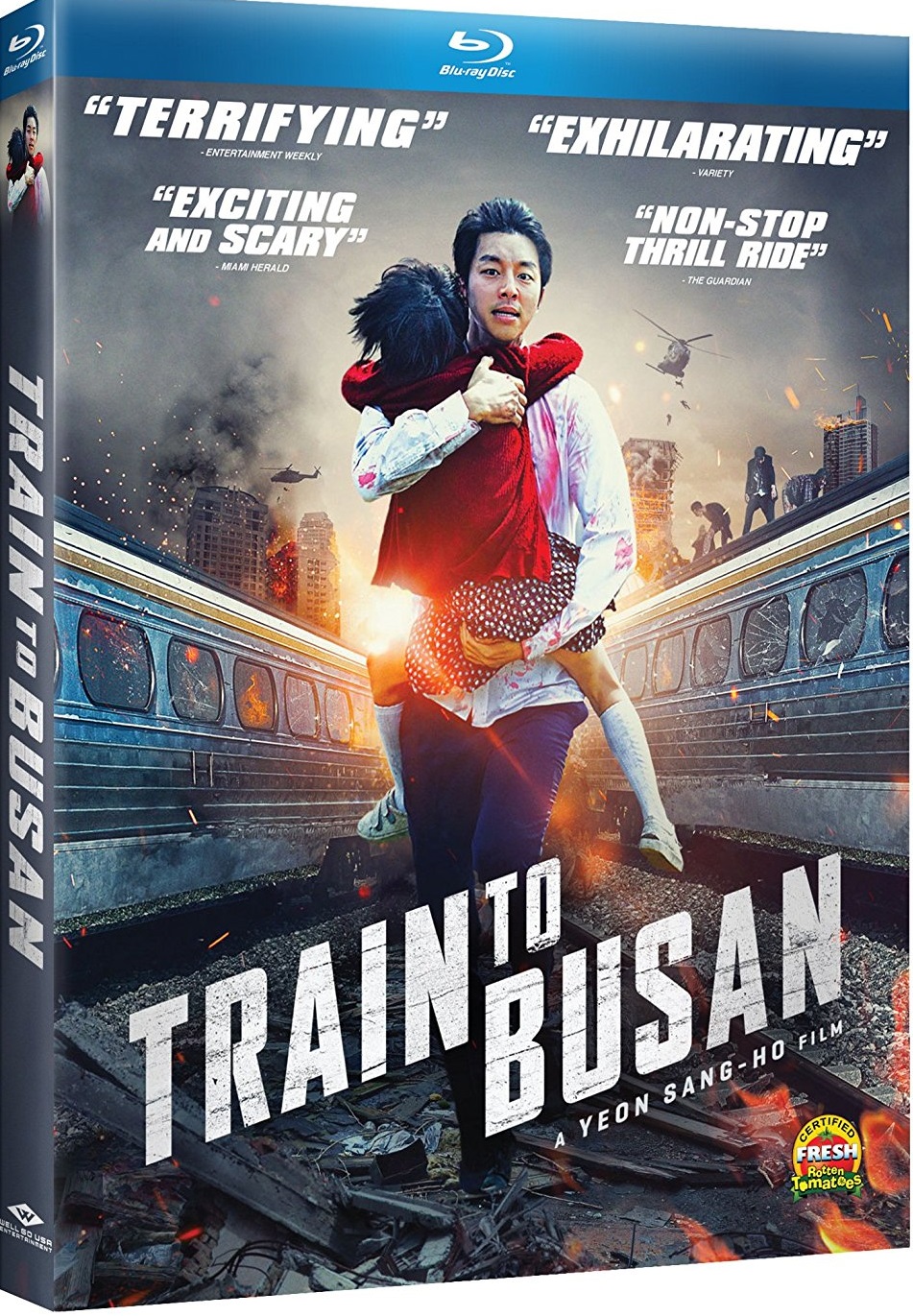 The better horror flick on Blu-ray this week is this wonderfully simple Korean undead flick that could have been called "Zombies on a Train." Or "World War Locomotive." Already primed for a Hollywood remake, this international hit should make for a fantastic rental this weekend for those of you looking for better horror than "The Bye Bye Man" or the other garbage currently at the multiplex. Don't let the subtitles or foreign setting push you away. Brain-eating zombies work in any language.

Special Features
Behind the Scenes
That's a Wrap
Trailer

There is a lot to like about the way that Twilight Time does business. I've written before in this column about how their HD transfers and audio mixes are always better than I expect, close to the caliber we've come to expect from Criterion and those marvelous Scream Factory special editions. But this month you should marvel at the diversity of their choices. There's always something surprising about the monthly Twilight Time slate, and these four titles sent for this column really couldn't be more different from one another. Pick your favorite.