“How can you make a financial intrigue thriller more exciting than average?” You can almost hear screenwriter Bill Dubuque ask that question and then crack his knuckles during the opening minutes of “The Accountant.” Said opening minutes, directed with customary nose-to-the-grindstone conviction by Gavin O’Connor, feature a strange scene of an urban mob massacre, tinged in sepia and boasting a lot of faux-celluloid graininess, to imply “period grit.” Then there is another scene, set in 1989, at a home for neurologically impaired kids, run by a kindly doctor who explains to a cranky dad and a less cranky mom why their “different” son might have a better chance at adjusting to life in the world if he spends a summer at the institute. Said kid, watched over by his brother, puts together a jigsaw puzzle not only scarily quick, but also in a VERY novel way.

The next scene takes us to the present day, where a strip mall accountant named Christian Wolff (the allusion is to the German philosopher and mathematician, not the contemporary avant-garde musician and composer, and you can only imagine how let down I am by that), an affectless fellow played by Ben Affleck (who, frankly, is trying a little too hard to be flat—the strain shows), dazzles a couple of his clients with tax code wizardry anyone who’s ever filed under “self-employed” will recognize as pretty basic. And then we are whisked to the Department of The Treasury, where avuncular bigwig Ray (J.K. Simmons) delivers some exposition on a mystery man—the fellow played by Affleck, as we already know. “He’s their accountant, an accountant, ‘the’ accountant,” Simmons says, sounding like he’s setting up an episode of “The Blacklist.” The junior officer he’s telling all this to, played by Cynthia Addai-Robinson, is intrigued. And soon she’s annoyed, as Simmons dredges some stuff up from her past to effectively blackmail her into tracking “the accountant” down for him.

There’s quite a bit of stuff going on here, and for a good while “The Accountant” percolates on its multiplicity of plot threads even as it keeps adding to them. As it happens, the “accountant” that the Treasury agents are looking for is up to quite a bit more than providing tax relief for rural dwellers. He uncooks the books for a slew of deadly bad guys. Deadly bad guys who are, an observant viewer will note, subsequently busted by the Treasury Department. Despite his proximity to some of the most dangerous criminals in the known universe, this man of dozens of aliases stays alive. How? Part of the answer is provided by the recurring flashbacks, in which Wolff’s father (Robert C. Treveiler) provides young Christian with his more militaristic cure, which later manifests itself in sharpshooting and martial arts skills. I admit that it is a novel idea to take a “Rain Man”-type character and also make him into a Lethal Killing Machine, but it’s also in kind of bad taste, something the movie tries to ameliorate by depicting autism with sympathy and some progressive accuracy. Despite the fact that he has oodles of cash and precious art at his disposal, the accountant’s life is a welter of pain, much of it in the form of self-punishment. The viewer is left to wonder why he plays the dangerous games he does.

At that point, the nice British-accented woman who seems to be the only person he can truly trust, and with whom he communicates only by phone, tells him that it’s time for him to take on a “legit” big client, and plops him in the lap of a high-tech prosthetic firm headed by John Lithgow. Turns out that Dana, one of that firm’s accountants, played by Anna Kendrick—doing, as she did in “Up in the Air,” fine work in a Non-Romantic-Romantic-Interest role—has discovered a discrepancy. Christian uncooks it, as they say … and then very nasty assassins are dispatched to kill both Christian and Dana.

Here the action heats up. Christian kills a guy who looks a bit like Vice mascot and rapper Action Bronson, in a scene that is far and away my favorite in the movie. A very effective hitman/financial-malfeasance-avenging-angel played by Jon Bernthal shows up. The plot, as they say, thickens.

And then it goes south. It goes very far south, with two plot reveals that are among the most ludicrous that I’ve experienced in quite some time. The worse of the two twists is made genuinely hilarious by the cutaways to Lithgow watching things unfold on his home security cam monitors and looking in disbelief—echoing the likely expressions of the audience. In any event, it certainly DOES succeed in being more “exciting,” say, than 1981’s “Rollover.” But excitement isn’t always positive. 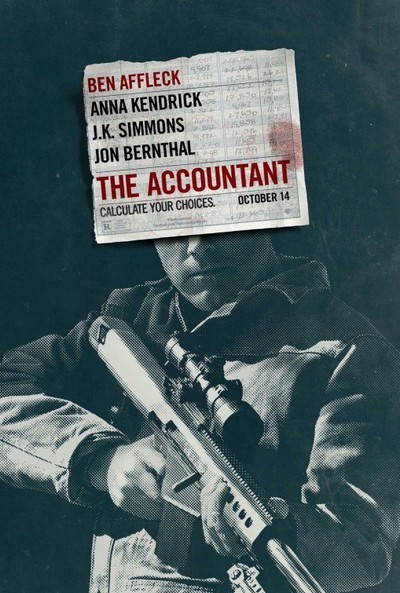