“You’re so stubborn!” a woman yells tearfully at her 65-year-old mother, Clara, the central figure of “Aquarius.” “You’re like an old lady and a child!”

Writer/director Kleber Mendonca Filho recognizes the inherent contradiction that defines Clara, and rather than similarly condemning her, he embraces her in all her thrilling, maddening complexity. In return, he draws a performance from Sonia Braga that’s a crowning achievement in her venerable career—a piece of film acting that’s subtle and stirring in equal measure.

Braga has created a formidable force of nature in Clara: a woman who’s lived a life and loved and lost, but who still leaps at the opportunity to experience the world with real zest and curiosity. So many movies reduce older characters to a series of wacky or awkward moments: Viagra jokes, early-bird dinners, bafflement over social media, that sort of thing. Clara, a retired music critic and the widowed mother of three grown children, balances the wisdom of age with a fervor for staying current, and it’s such a cool and refreshing change.

She is effortlessly chic, radiantly beautiful—and, as her pragmatic daughter (Maeve Jinkings) points out, stubborn. Elegantly, brilliantly so, but still. Clara can be rebellious. She can be difficult. She can be more than a little passive-aggressive in the face of conflict. But “Aquarius” never judges her for that strong-willed streak; rather, it allows Braga to reveal so much with just a withering glance or a throaty laugh.

All these traits are vividly on display in Mendonca Filho’s second feature, which—like his acclaimed 2012 feature debut, “Neighboring Sounds”—takes place in his hometown, the Brazilian coastal city of Recife. But whereas that first film took a sprawling look at the lives of various characters, his latest focuses mainly on just one: Clara, the last remaining resident of a small, beachfront building called The Aquarius. The place has seen better days, but it’s also been the site of defining moments in her life over the past several decades. She built a family and a career there. She became a widow and a grandmother there. She fought breast cancer—and won—there. It is home.

And so when a young developer named Diego (Humberto Carrão) shows up armed with a smarmy smile and a business degree from the United States, trying to persuade her to sell her condo so his company can build something shiny and soulless in its place, she politely balks. At first. But as the developers crank up the pressure on her, she remains steadfast and responds in kind.

Mendonca Filho makes expert use of flashback—sometimes in just a wisp of a moment or a sensory memory—to show us where Clara’s steeliness comes from. And in a prelude to her present-day story, set in 1980, we see the woman whose fierce spirit clearly courses through her: Tia Lucia (Thaia Perez), an independent beauty who’s surrounded by family and friends as she celebrates her 70th birthday.

The director also creates a vivid sense of place in just a few rooms of Clara’s condo and the streets surrounding her building; a large poster for Stanley Kubrick’s “Barry Lyndon” hangs in the dining room, and carefully chosen songs by Queen and a variety of musical influences punctuate key moments. His camera repeatedly lingers over an antique dresser, passed down from Tia Lucia to Clara, which has many juicy stories to tell.

But he also tantalizingly reveals how characters and other crucial details of Clara’s life have developed between the 1980 segment and today. Talks with the friendly, local lifeguard (Irandhir Santos) and evenings out with her longtime girlfriends provide further peeks into her life and worldview. It may seem confusing at times, but eventually it all unfolds organically. So pay attention.

Along those lines, though, “Aquarius” is on the long side at nearly two and a half hours, and it may feel like it drags a bit in the middle, but it’s got so many individual moments of grace that it rewards you for sticking around. And the climactic conclusion may seem too bold compared to the understated, intimate tone Mendonca Filho establishes throughout the rest of the film. But boy, is it satisfying. 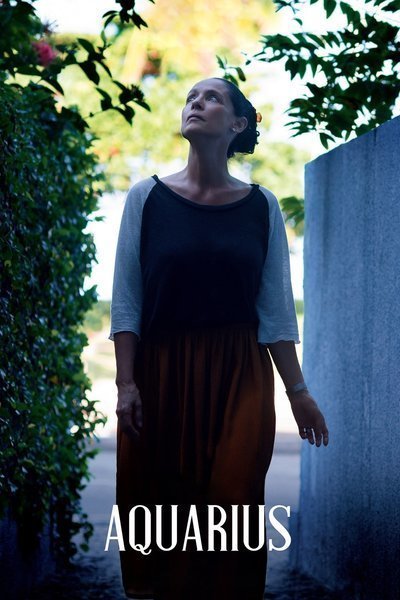