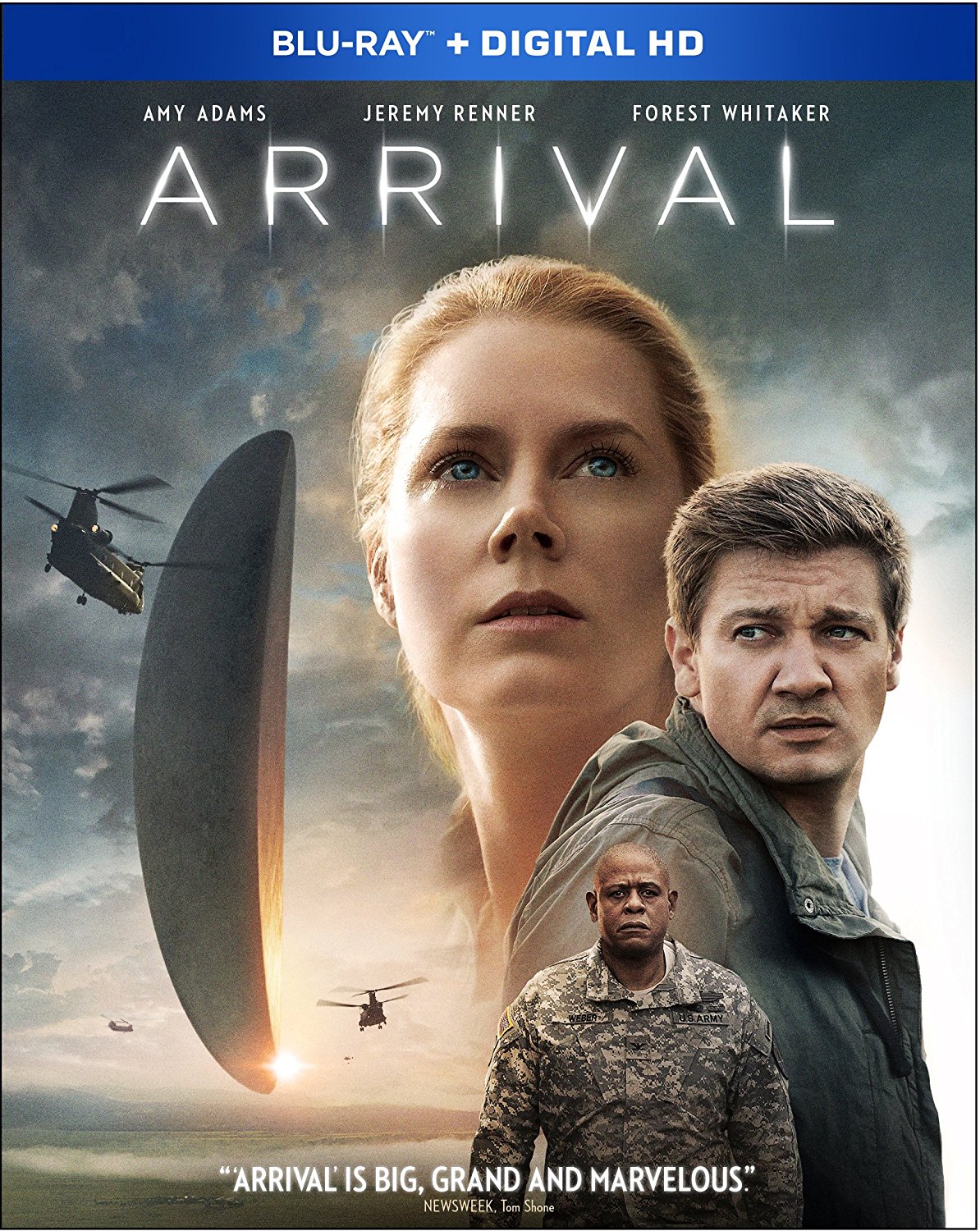 Last year's most acclaimed science fiction film has already been released on Blu-ray and DVD, where I suspect it will have a strong following. The people who love this movie, LOVE this movie, and I was surprised to see how highly it ranked on so many top ten lists at the end of the year. That love even led the film to nominations for Best Picture, Best Director, Best Adapted Screenplay and Best Cinematography (the latter is my pick for the best thing about the film ... Bradford Young rules), but, surprisingly, not Best Actress. "Arrival" is a great film for the home market, a piece that encourages re-watching and discussion with family and friends. To that end, I think I may have underrated the film on my first viewing at the Toronto International Film Festival. It's a film designed to be taken with you, to dissect and unpack it. You should do so for yourself. 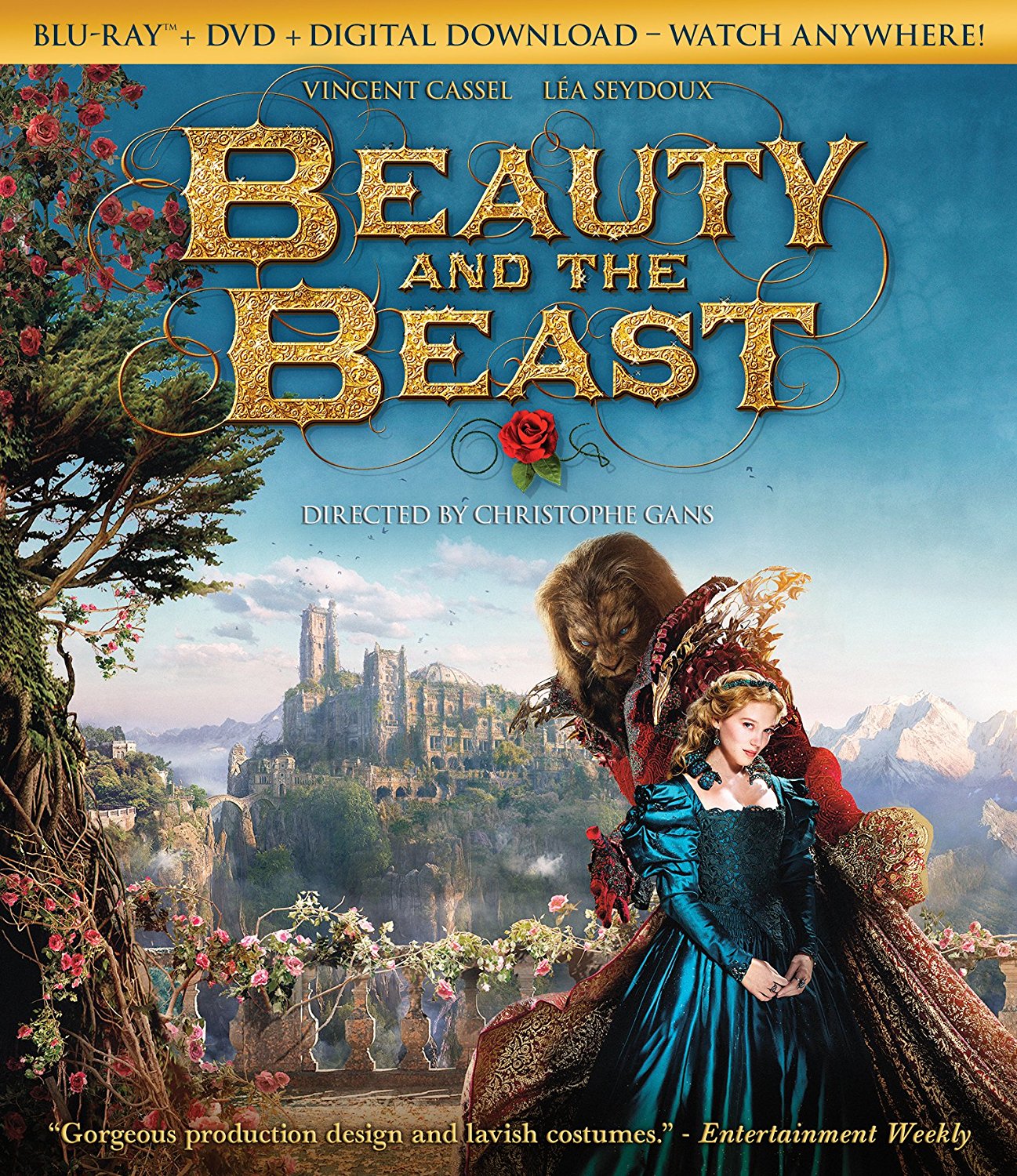 Twenty-five years after the release of Disney's massive hit, one of the most unexpected nominees for Best Picture in history (and this was back when they only nominated five), "Beauty and the Beast" shows no signs of slowing down as a cultural phenomenon. Not only is Disney releasing a live-action version of the film next month starring Emma Watson but Shout Factory is FINALLY releasing the Christophe Gans version that's been on the shelves for a few years, starring Lea Seydoux and Vincent Cassel. It is a gorgeous, luscious version of the original source material (so, no Disney songs and mostly for adults) that should appeal to fans of French cinema and the kind of lavish fairy tales they don't really make that often anymore, in any language. 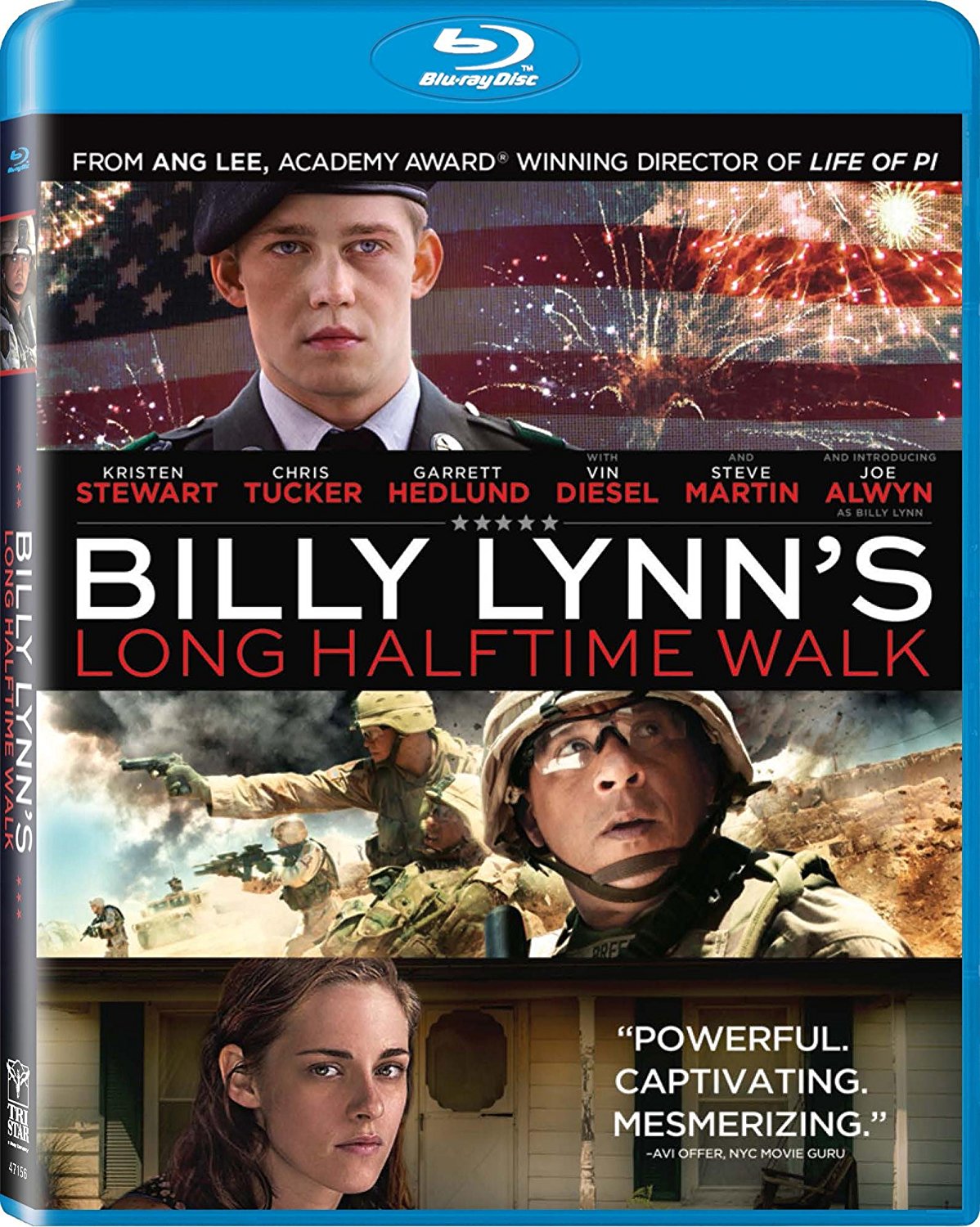 Ang Lee's PTSD drama is an interesting study in what happens when a talented director gets distracted by the tools of his trade. Notoriously made with new cameras designed to capture more frames per second than any before, Lee's latest film probably looked really interesting in the two theaters that could project it the right way. However, too much emphasis on that aspect of the project allowed Lee to miss some of the film's serious screenwriting and performance problems. The book on which this is based is described as a satire, but Lee's movie plays it straight, resulting in a story lost in a tonal valley in which it just becomes ineffective. There are moments and scenes that work, including the supporting performances by Kristen Stewart and Vin Diesel. It's a reasonable rental for hardcore war movie fans or Lee completists. Everyone else can skip it.

Special Features
Into Battle and Onto the Field: Stepping Inside Billy Lynn's Long Halftime Walk
Assembling a Cast
Recreating the Halftime Show
The Brotherhood of Combat
Deleted Scenes 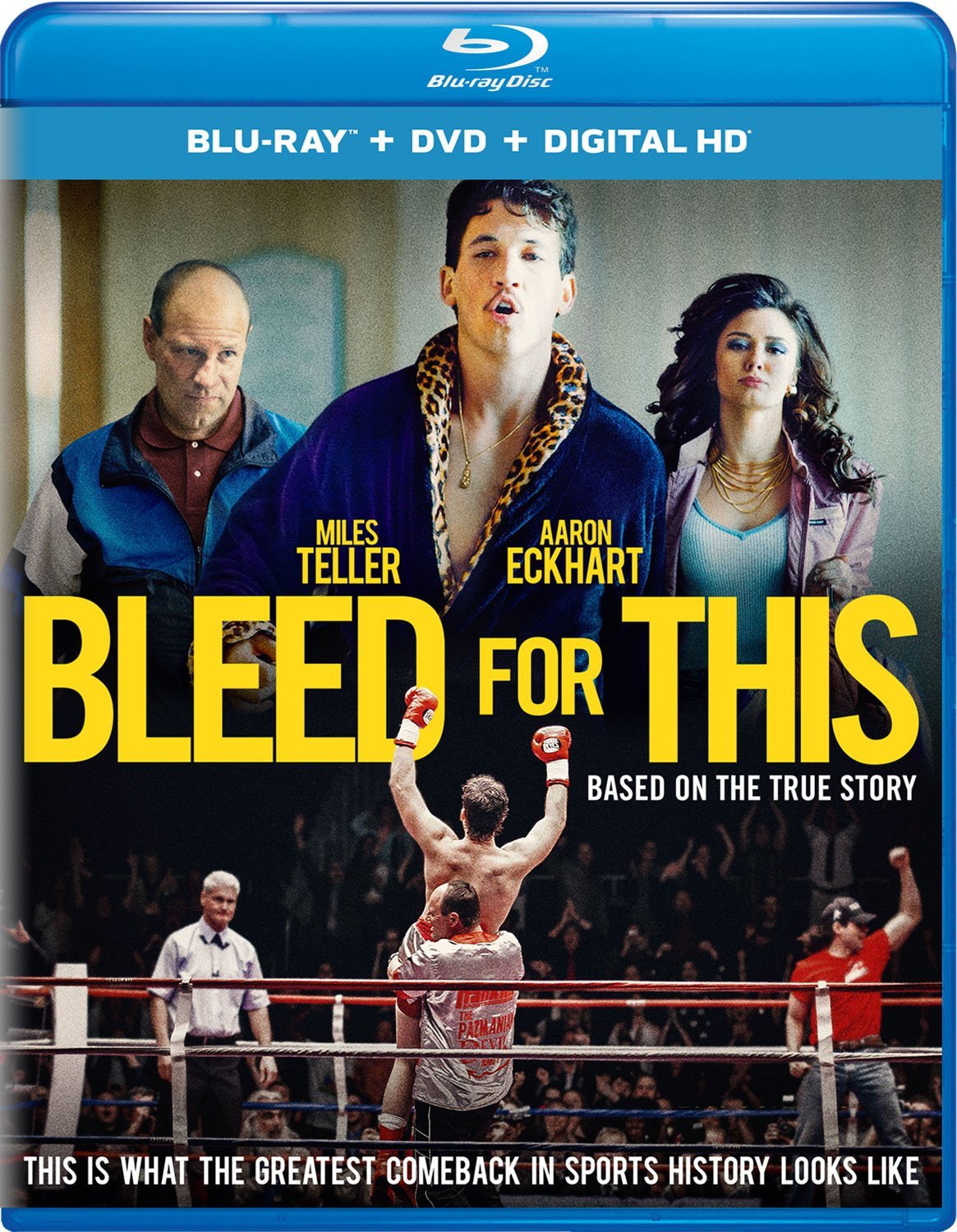 Miles Teller seems to be cornering the market on people who take their passions past a traditional breaking point. The fact that so few people saw this modest boxing drama is something of a shame given that it features a really strong turn from Teller and an even better one from Aaron Eckhart as the man who trains Vinny Pazienza back from the brink of death to a fight with Roberto Duran. The problem is that Teller and Eckhart's performances are buried in a mediocre film with some elements that fall even below that modest line (the typically-great Ciaran Hinds is horrible here as a caricature more than a character). Much like "Billy Lynn," this is a film for genre buffs. If you dig boxing dramas, you could do a lot worse (it's leagues better than "Hands of Stone"), but if you're a little tired of this overcrowded genre then you can skip it. 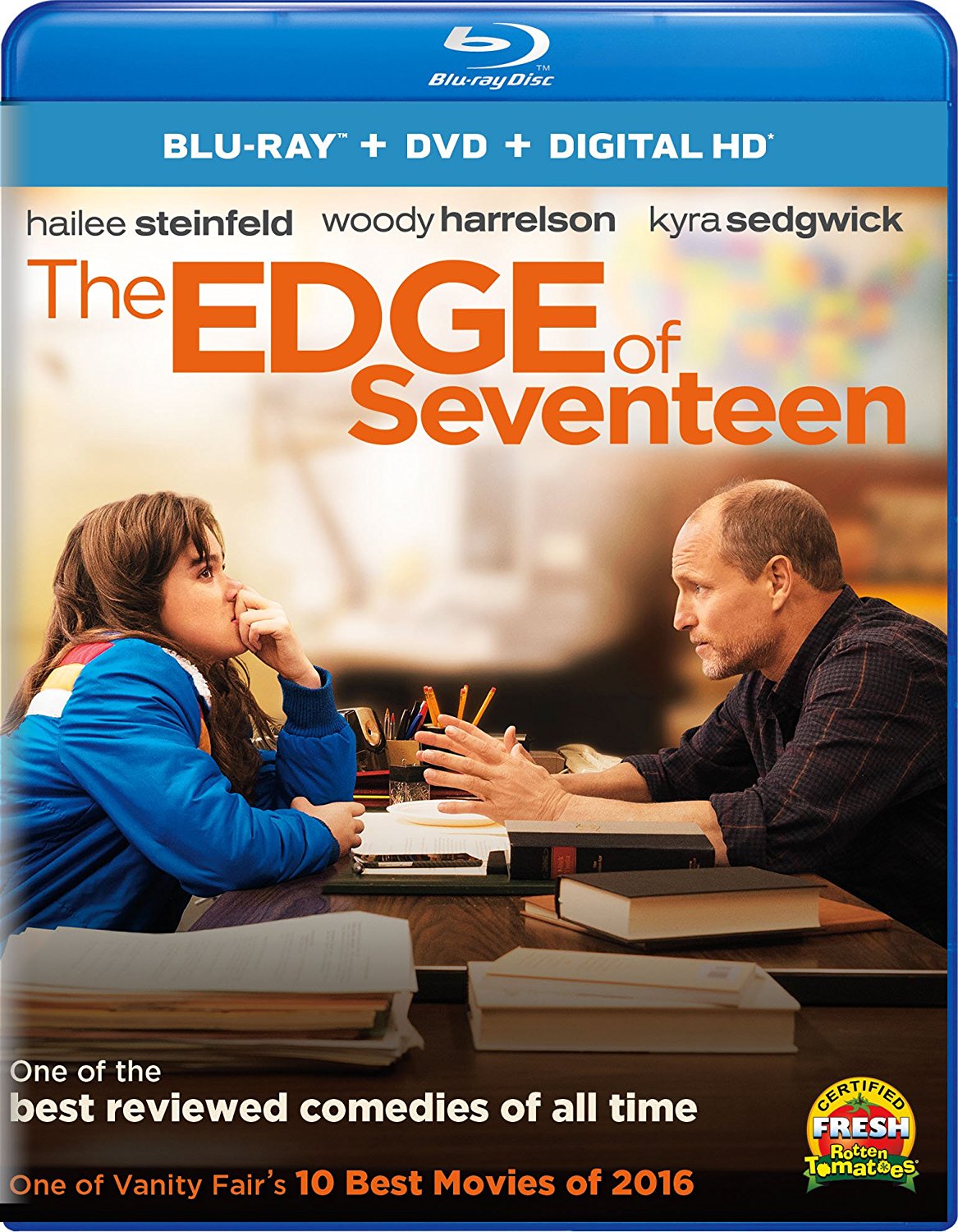 "The Edge of Seventeen"

Hailee Steinfeld is fantastic in one of the best teen comedies in years, one that truthfully understands what it's like to be in those insecure, uncertain days of teenhood more than most films of its kind. There's an honesty here that doesn't overplay the sarcasm and cynicism that often sinks this genre. While Steinfeld's leading lady may be introduced threatening to kill herself, writer Kelly Fremon Craig has honest affection for her characters. There were a lot of people disappointed that Steinfeld didn't land an Oscar nomination (or Craig for her razor-sharp script) but "The Edge of Seventeen" is the kind of quality flick that outlives things like awards recognition. "The Breakfast Club" and "Superbad" didn't get any either, and, yes, this deserves mention in the same breath as those coming-of-age classics. 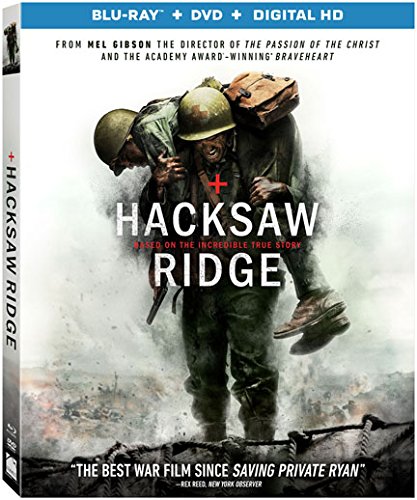 Did anyone expect Mel Gibson's comeback to arrive this quickly? While he'll still struggle to achieve the heights of stardom to which he once rose, landing a Best Picture, Best Actor, and, most shockingly, a Best Director nomination for his 2016 war drama is one of the most unexpected film stories of the decade. How did he pull it off? First, he told an undeniably inspirational story. Viewers and critics love a well-made tale of American heroism, especially in an era in which it seems in short supply. I happen to agree with a lot of the critics who contend that the film's story of a pacifist doesn't quite mesh with its filmmaker's festishization of violence, but this is a solid war movie, a flick that will play very well at home to audiences who may have skipped it in theaters. The Blu-ray is also very well-assembled, including the kind of audio transfer that this likely winner of Best Sound Editing deserves. Watch it loud. 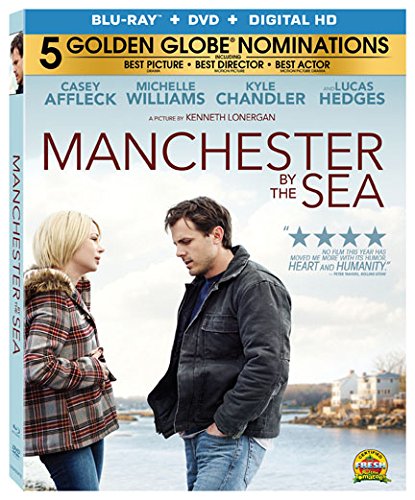 "Manchester by the Sea"

One of the best films of 2016 comes home just in time for the likely Oscars it's going to win on Sunday (that might just be "Oscar," singular, if Denzel steals Casey's in the Best Actor category). I've seen Kenneth Lonergan's masterful drama several times now and written about it several times as well. I'm not sure there's much more to add to the conversation about why this work is as powerful as it is, but I hope you're not avoiding it because you've heard it's depressing or read that it's about grief. Yes, both of these things are true, but Lonergan's film is the kind of work that illustrates the power of art to make a specific story feel universal. By the end, we know Lee and Patrick Chandler. Their story feels like something that happened to someone we know, not a distant Hollywood production. Don't miss this one. 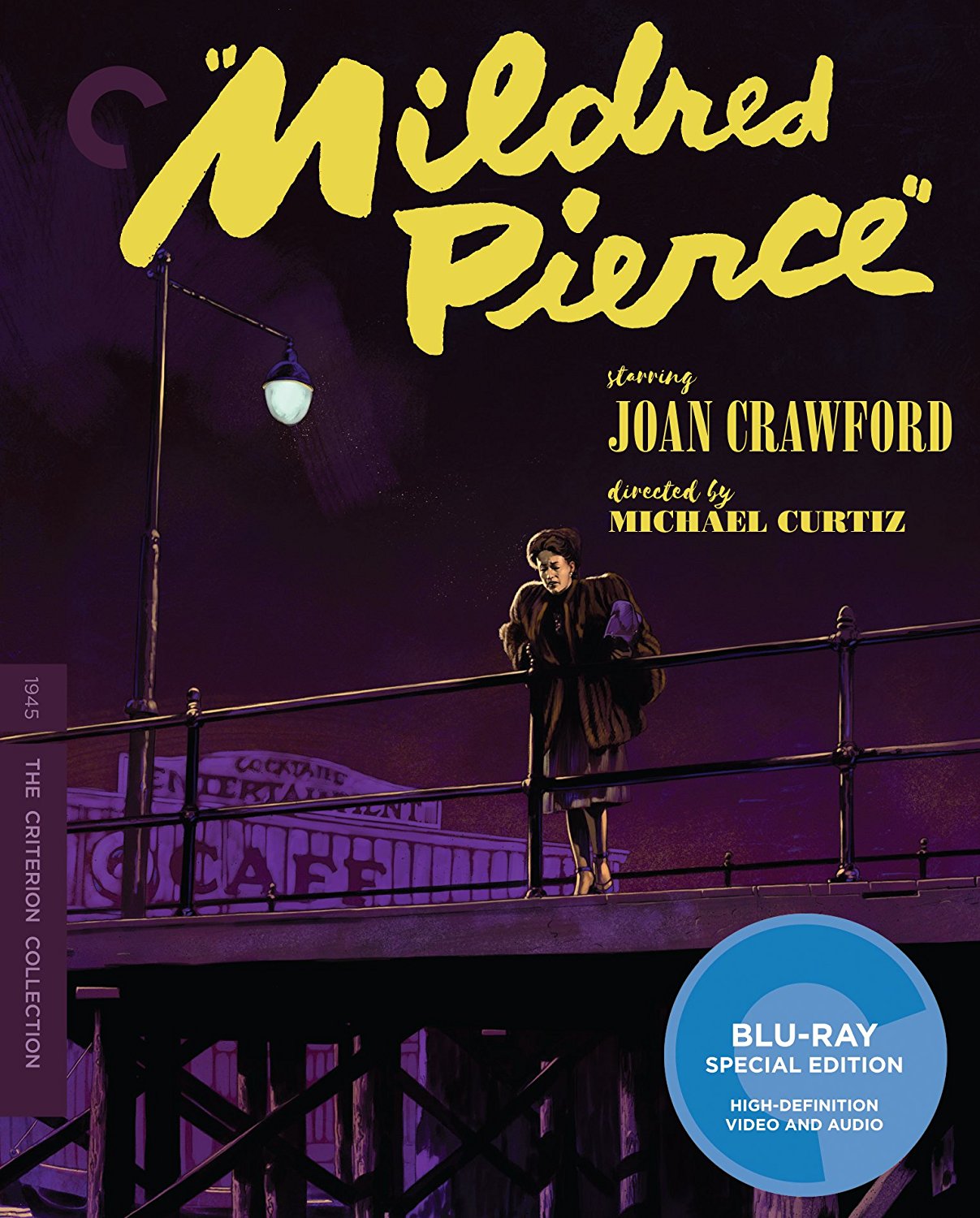 Sometimes Criterion releases don't specifically fit into predictable patterns or feel like they're pegged to other events. "Mildred Pierce," on the other hand, couldn't be more timely. Not only is Ryan Murphy's "Feud: Bette and Joan" hitting FX in a couple weeks, featuring the film's star, Joan Crawford, but "Mildred Pierce" was an Oscar player, notoriously getting Crawford one that she accepted in her bed, sick with pneumonia. You've probably seen "Mildred Pierce" by now (if not, correct that, because it's a great film) but Criterion loads their release with special features, including an excellent documentary about Crawford's entire career, from her early days to the regretful horror movies near the end. There's also a FANTASTIC conversation featuring the wonderful Molly Haskell's thoughts on the film. It's a must-own for Crawford fans (which, really, should be everyone). 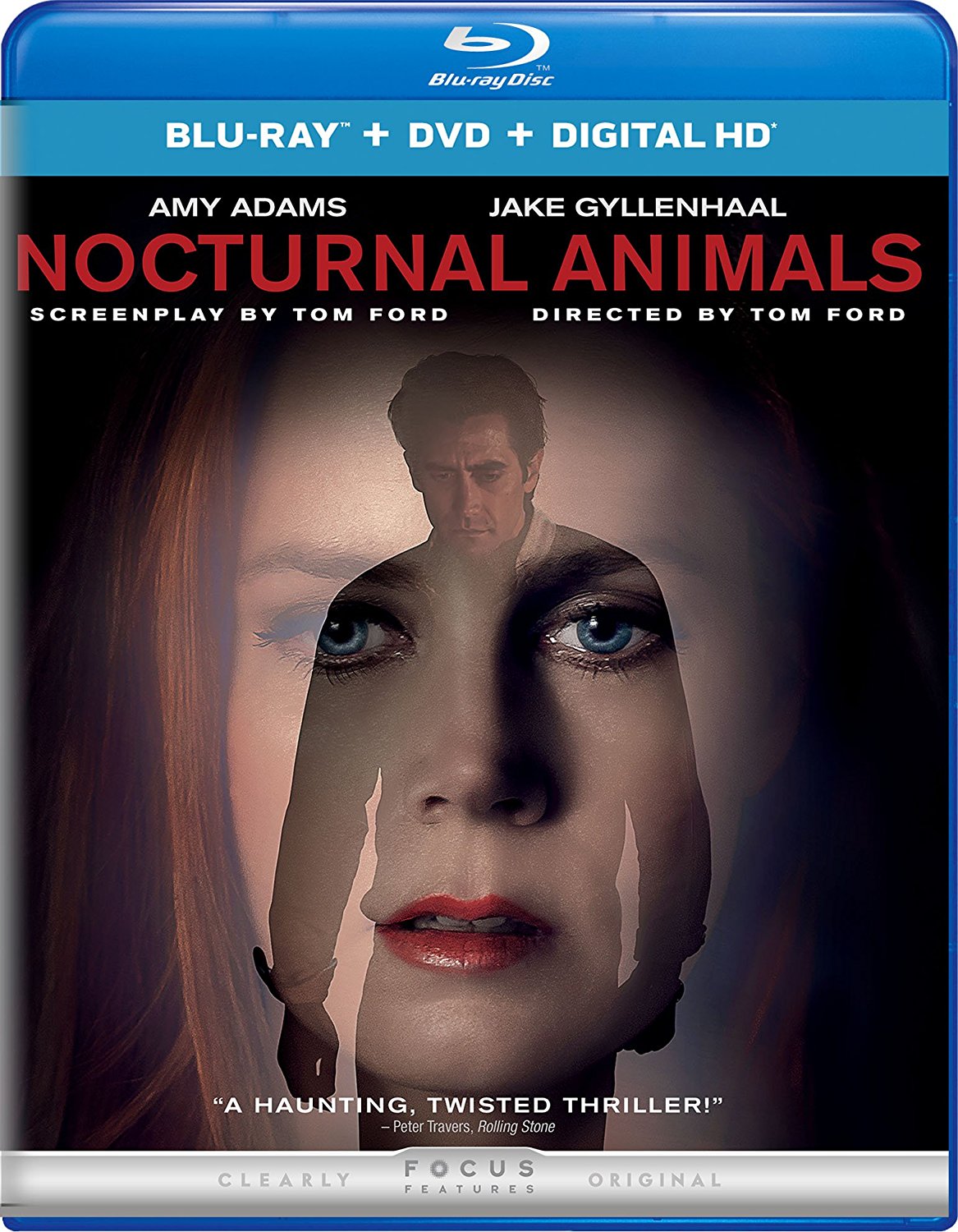 Tom Ford's thriller never quite became the buzz generator most of us who saw it in Toronto thought it would be. Sure, I've seen some Twitter fights over it, although most of those centered on the division between Aaron Taylor-Johnson and Michael Shannon being the Best Supporting Actor in the film (the former won the BAFTA but the latter got the Oscar nod). I think people will come around to this smart film, a work about honesty in art that features design elements that didn't get nearly enough credit during awards season. It looks amazing. And it features strong performances throughout, especially from the two awards contenders, but also from Amy Adams and Jake Gyllenhaal. It's a tough watch for some viewers with its intensity and darker themes, but those willing to endure intense subject matter shouldn't let it pass by. 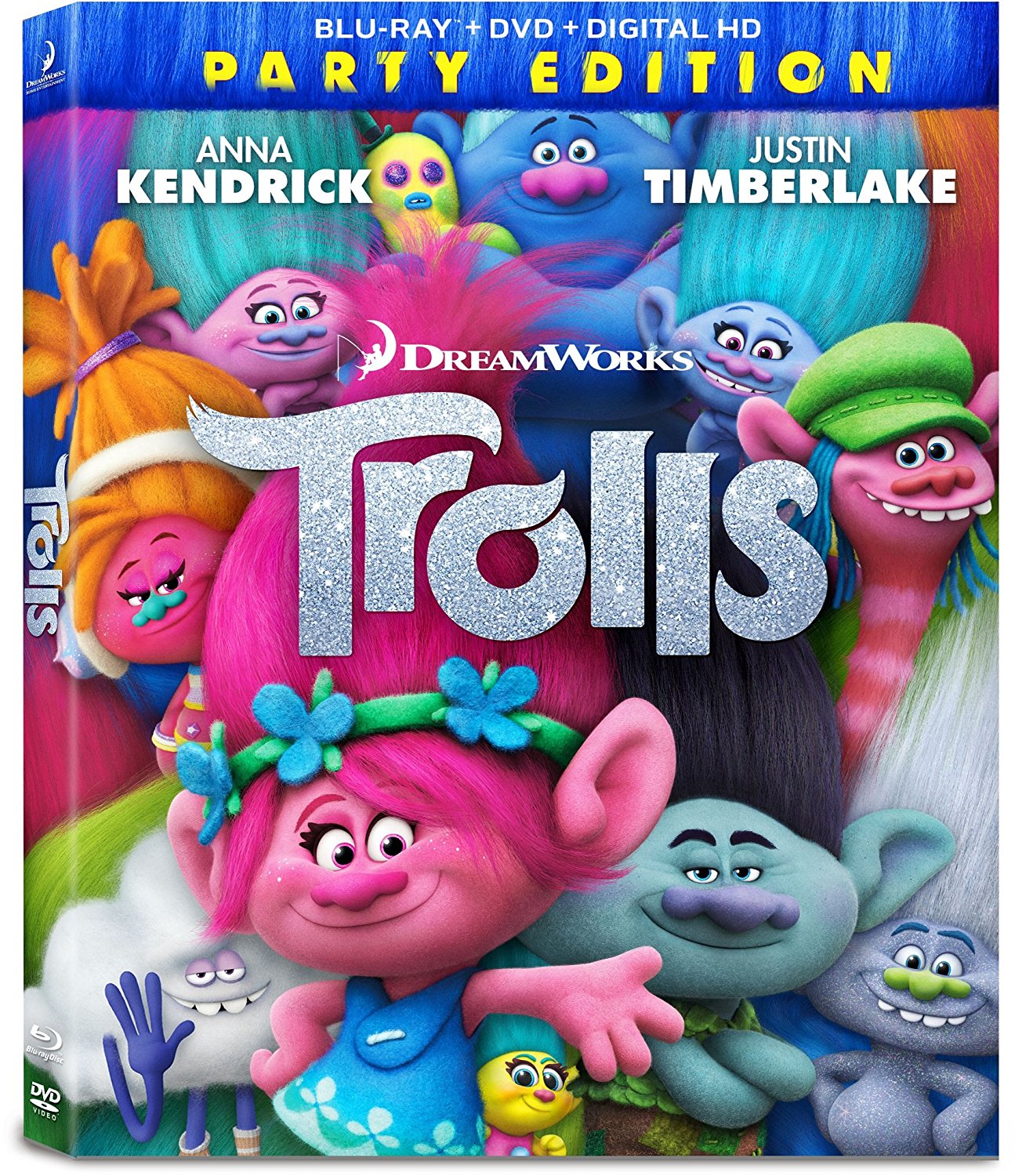 I have a complex relationship with this brightly colored confection because I have children who happen to adore it. Does that make it a great film? Of course not, and even my little ones know that something like "Zootopia" or "Kubo and the Two Strings" are deeper than the movie with the talking cloud. But there's something so innocently entertaining about this flick, one that merges music and a simple fairy tale structure. It helps that the voice work is uniformly solid. Basically, Anna Kendrick and Justin Timberlake are hard to hate even just vocally. Although I totally get why people tuned out of the nonstop color explosion and high-pitched chaos of this film. It's not for everyone, but don't be surprised if your kids don't fall for it too. Despite even their better judgment. 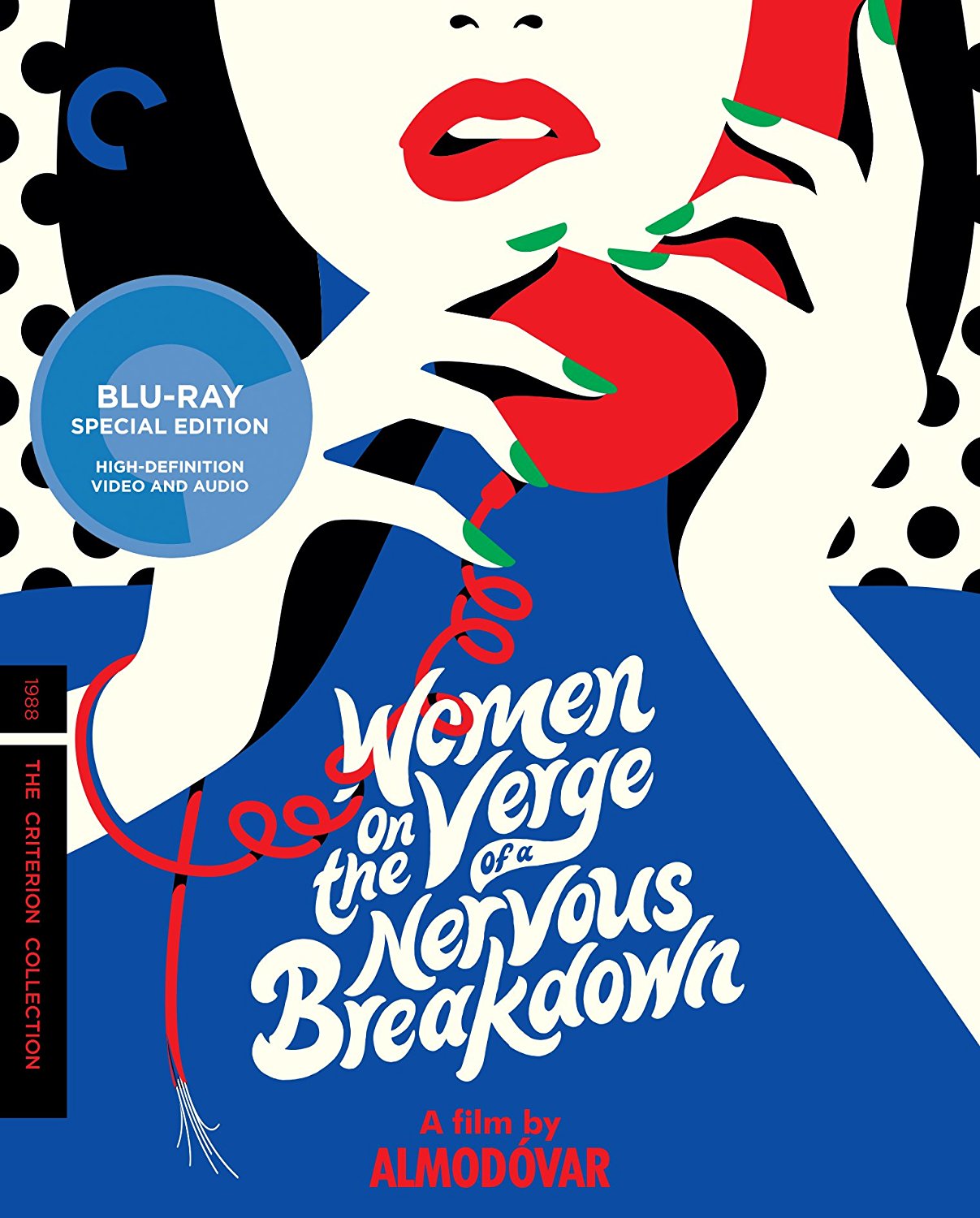 "Women on the Verge of a Nervous Breakdown" (Criterion)

It's hard to believe that Pedro Almodovar's seventh film is almost 30 years old. I can still remember when this breakthrough made international waves, turning Almodovar into an essential filmmaker and putting him on a pedestal on which he still resides. That pedestal would only get higher with "Tie Me Up! Tie Me Down!," "All About My Mother," and "Talk to Her," but it really started here (although check out "Matador" and "Law of Desire" from even earlier in his career should you have the chance). "Women" won the National Board of Review and New York Film Critics awards for Best Foreign Language Film and earned Oscar and Golden Globe nods for the same. It's a perfect film for the Criterion Collection, although the special features are a little thin for a company usually thick with bonus material. You do get a new interview with Pedro though, and he's always been a fascinating interview subject.