Welcome back to another edition of HECG, RogerEbert.com's very own Home Entertainment Consumer Guide. Your usual host, Brian Tallerico, is off this episode, so I'll be taking over the recommendations (and adding to my collection). As you'll see below, it's a very random bunch; this timing of August into September sees a lot of random releases and re-releases, especially from the trusty Twilight Time.

Plenty of releases have already been covered in larger detail: Glenn Kenny interviewed director Ben Wheatley about his new film “High-Rise,” which was just released to Blu-ray/DVD; Peter Sobczynski went deep into his nostalgia for “Buckaroo Banzai Across the 8th Dimension,” which was just released on Blu-ray by Shout! Factory; Matthew Monagle celebrated the films of director Brad Anderson and in particular “Session 9,” which also just got a Shout! Factory release on Blu-ray. Onto the list!

"Sweet Bean"
"No Country for Old Men"
"My Golden Days"
"Take Me to the River"
"Indie Game: Life After" 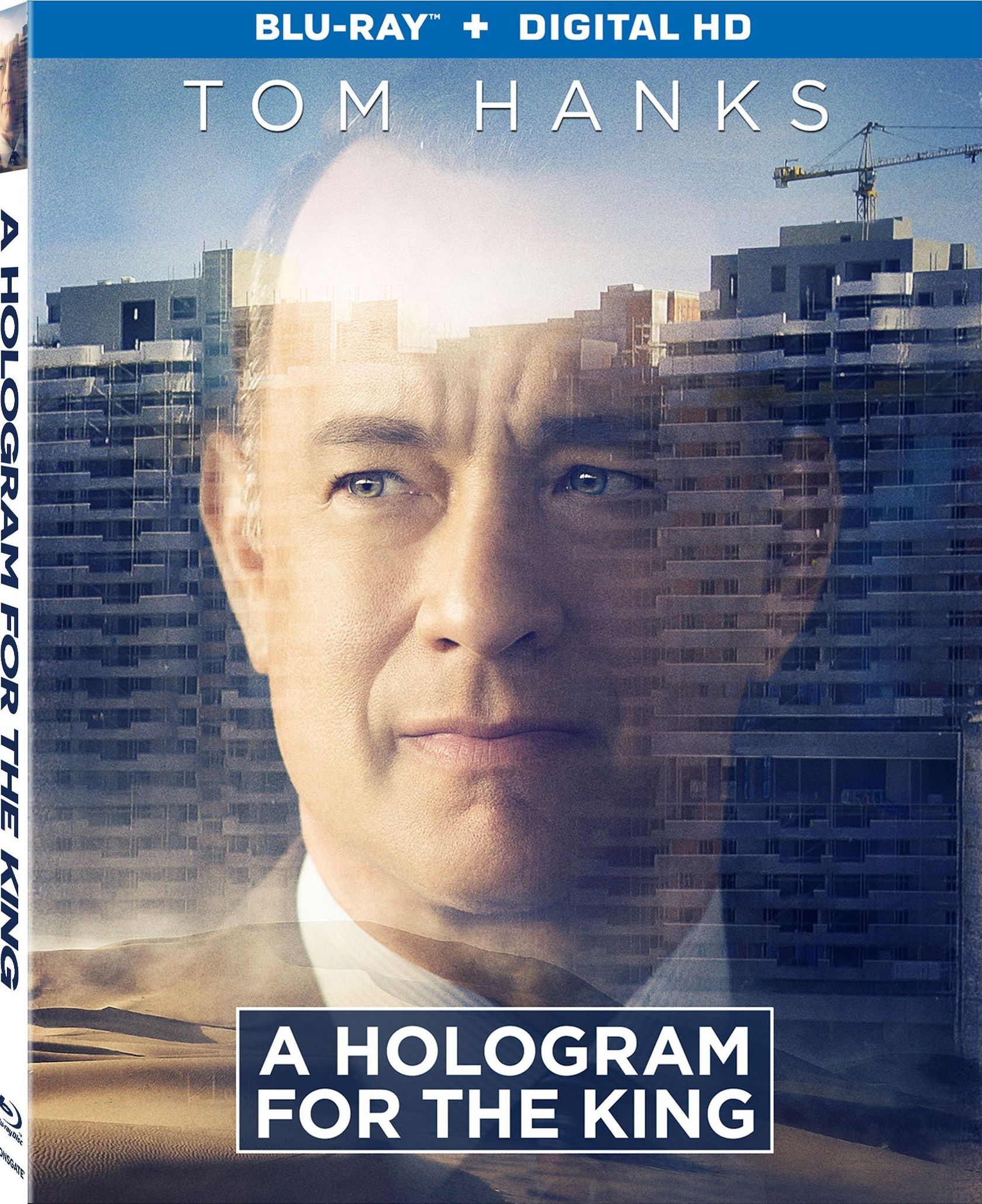 "A Hologram for the King"

One of the few new releases to come from these past two weeks is a curious oddity that shouldn’t be overlooked, “A Hologram for the King.” Before Tom Hanks entertains us as a heroic real-life pilot in Clint Eastwood’s upcoming “Sully,” he put his immense charisma on display with this atmospheric, slightly surreal story about a man trying to sell a hologram system to a Saudi Arabian king. A lot of dry comedy ensues as Hanks’ character goes through an existential crisis in the desert, but the movie (based on a novel by Dave Eggers) has a very unique charm, especially as a star vehicle released in 2016. 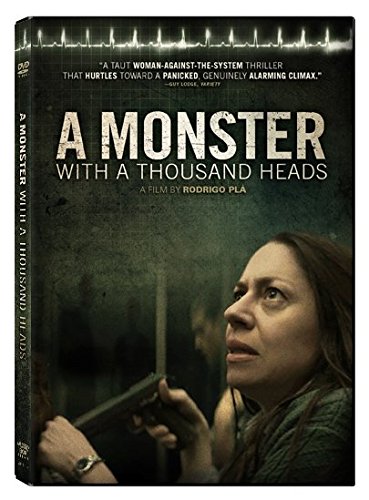 "A Monster with a Thousand Heads""A Monster with a Thousand Heads" is a  punch-in-the-face of a thriller, succinct and painful. At 73 minutes, it tells the heartbreaking story of a woman trying to get medical help for her very sick husband, but is stuck behind various hurdles of an impersonal healthcare system. Director Rodrigo Plá keeps a tight focus on a wife and mother (Jana Raluy) as she tries to force the system to work by taking into her own hands, with a gun in one of them. The cinematography is a perfect touch, keeping us inside cars or behind windows as the film gets a lot of tension out of people's disinterest in helping others. The film doesn't come with any truly special extras, or in Blu-ray formatting, but it is another strong title to the libray of Music Box Films. 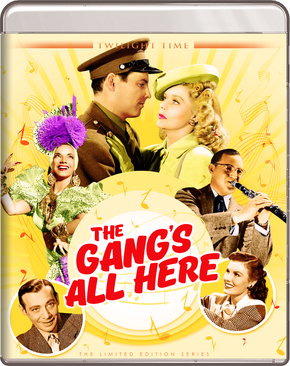 "The Gang's All Here"

Twilight Time has released a nice new batch of films, including "The Russia House," "The Black Stallion Returns" and "Miss Sadie Thompson 3D." There's even a Woody Allen movie, "Zelig," that has to be one of the earliest films from his career you can get on Blu-ray. But at the very top of my priority list was checking out Busby Berkeley’s “The Gang’s All Here.” It was Berkeley’s first Technicolor movie and it is a surreal marvel, packed with dancing, singing, color and some truly bizarre special effects. Not to mention an extensive, elaborate sequence with giant bananas. It has the type of excess we now associate mostly with CGI, but now with different art forms converging as different types of languages: Visual language, rhythmic language, body language. For fans and newcomers to Berkeley, the Blu-ray is a very solid treat, especially with a special feature that offers two film historians to contextualize the film, and why Berkeley’s Hollywood productions were no like no other. Bonus: An audio commentary featuring our very own Glenn Kenny and Farran Smith Nehme, just one of many goodies in this loaded disc that could satisfy film buffs or even film studies programs.

"Ingrid Bergman: In Her Own Words" 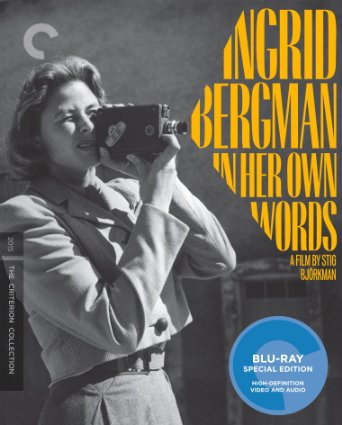 “Ingrid Bergman: In Her Own Words” is the relatively unusual case of a movie being released to Criterion, but the case for this documentary is a good one. For one, the film is a spectacular look into the life of the famous actress, as told with words from her diaries, home movie footage, talking head interviews with her children and much more. It’s a full look into a Hollywood entity that works as both film history and memoir. The director, Stig Bjorkman, uses the same storytelling ideas as his earlier “Film is My Mistress,” which was a unique celebration and introspection into the director Ingmar Bergman.

The special features of this Criterion take the film to the next level, with exciting extras that build upon the material. With much of the keepsakes appearing within the film itself, (the home movies, or clips from very rare films featuring a young Bergman) it’s a treasure chest of special features, and it makes this Criterion a recommended buy for fans of film overall or specifically Bergman alike. 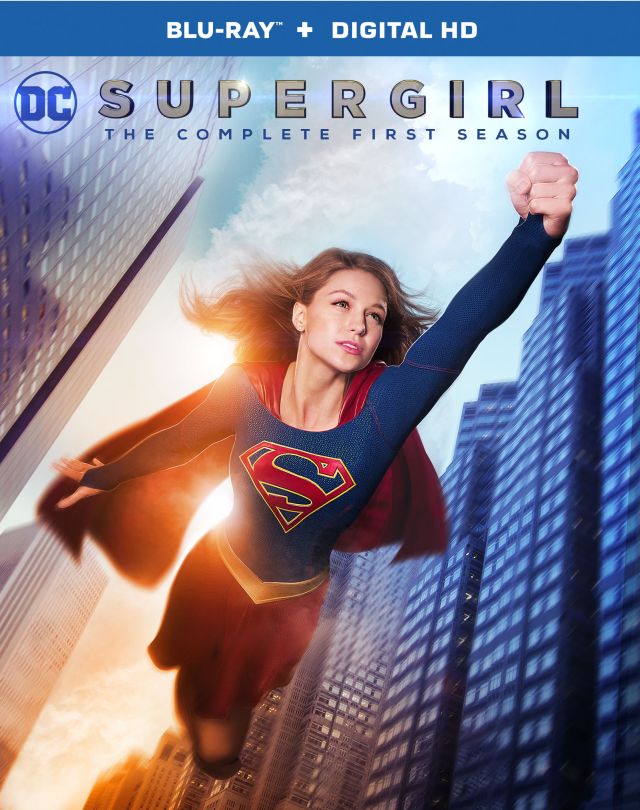 The difference between “Supergirl: The Complete First Season” and the much larger-budgeted, macho-driven “Batman v Superman: Dawn of Justice” is that of light and day. “Batman v Superman” is like listening to someone endlessly talk about going to funerals; “Supergirl” is like watching a smile form on someone’s face, and daring you to deny that joy. The pilot of “Supergirl” is a quick pick me-up from dealing with the dour DC Cinematic Universe; Melissa Benoist is very charismatic as the title character, who finds herself in the shadow of her famous cousin, learning how to save the world, and fighting against the designation of being called “Supergirl” instead more appropriately, “Superwoman.” If you forget that this is a TV series and pretend it’s a movie, it’s a much better alternative, even with its rougher score and cliched storytelling. I don’t care if Superman wakes from his deadly slumber, I’d rather spend more time with this inspired retelling, especially as the world she lives in brings a lot of #wokeness to the superhero fan crowd. I hope Zack Snyder is paying attention.

New Featurettes include The Man from Mars, A World Left Behind: Krypton and Supergirl: 2015 Comic-Con Panel
Unaired Scenes
Gag Reel