Take Me to the River

When it debuted at the 2015 Sundance Film Festival, Matt Sobel’s debut feature “Take Me to the River” provoked what one writer described as a “polarizing” reaction among critics. That’s not hard to understand. While extremely impressive in its mounting, the drama ventures into some tricky emotional territory that may induce queasiness in some viewers, or head-scratching for others.

When it opens, we’re in the car with a California couple and their son, who are headed for a reunion with the wife’s family in Nebraska. Ryder (Logan Miller), who’s 17, wants his folks to announce to the clan that he is gay. But Cindy (Robin Weigert), his mom, demurs, saying she doesn’t want to trouble the familial waters. Thus the stage is set for a story that devolves on family secrets from the get-go.

Once the extended clan—including grandparents, uncles, aunts and assorted cousins—has gathered on a bucolic family farm for an outdoor picnic and the taking of photos, Ryder seems like he wants to make his announcement, or at least hint at it, without a verbal declaration. He shows up wearing a pair of bright red short-shorts (skimpy by today’s baggy-trou standards, that is; a generation or two back they wouldn’t have been considered so short) that evidently strike some of his relatives as questionable. But who knows, really—he’s from California after all.

Though he quickly sets himself apart from his teen male cousins, Ryder’s ability to draw makes him popular with four little sisters who are nieces of his mom. One of the sisters, Molly (Ursula Parker), takes a special shine to him. Soon enough, the two are off playing in a barn. She climbs up on some hay bales, which worries him. He asks her to come down.

Then, before you know it, the inciting crisis that will propel the rest of the narrative erupts. Molly comes running from the barn, distraught, blood on her dress, shocking the family members gathered in the front yard. Ryder runs up behind her, looking baffled. After the little girl is whisked into the house by some of the women, her tough-guy father Keith (Josh Hamilton) turns on the boy, his face flush with fury and accusation. Though Cindy keeps her brother from attacking her son physically, the damage has been done.

What can heal the ensuing family schism? Ryder seems to think that letting folks know he’s gay will allay suspicions of his having a sexual interest in Molly. Oddly enough, though, the initiative toward reconciliation is taken by Keith. He invites Ryder over for lunch with his family, saying he wants to make amends. But does he really?

More than anything, “Take Me to the River” is a mood piece. At that, it’s very successful. With America’s red-state/blue-state dichotomy as his dramatic basis, Sobel deftly sketches a family situation that’s all awkwardness and puzzlement, partly hidden, of course, by the miens of forced cheerfulness that families feel obliged to don on such occasions. The people are persuasive in large part because of the top-notch performances Sobel gets from his cast, Miller, Weigert and Hamilton being especially good.

The reservations one might take out of the theater have to do not with the film’s immaculate, engrossing surface but with its effort to sustain a large quotient of ambiguity while also slowly unveiling the core of psychodrama that is this family’s strange secret. Sobel doesn’t want to tell us too much at any stage, but some of what he does tell us sometimes is puzzlingly opaque, as if over-calculated to keep us guessing.

Here’s one example of the filmmaker’s choices that doesn’t give away anything about the story. After his blow-up with Keith, Ryder runs off and hides out at an abandoned house on the family property. It’s a creepy, derelict place, evidently without water, power or any comforts at all. Come evening, Cindy encourages him to spend the night there. To which, the viewer may well wonder: Really? Though not an entirely bizarre decision, it does stretch credulity, seeming designed simply for dramatic effect.

There are many other moments like that in the film, places where I simply didn’t buy what the characters were doing or saying, even while being carried along by the story’s mystery and aura of understated weirdness. As for the nature of the aforementioned psychodrama, it’s what some viewers will find off-putting while others may be puzzled as to what Sobel is actually getting at. Whether it's a negative, or a satisfying dramatic end-point, will depend on the individual viewer. In any case, the film exemplifies a very distinctive vision that marks it as one of the year’s most promising debuts. 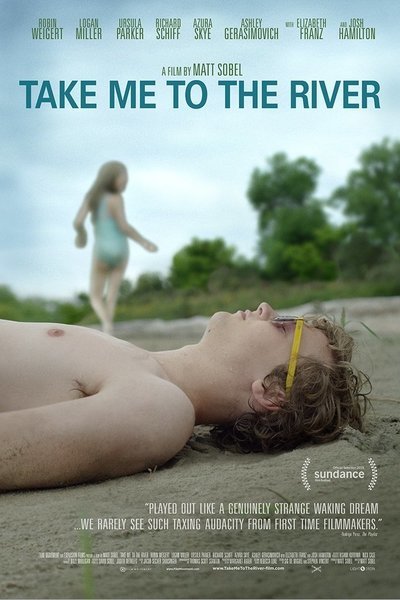