Why don't the critics, the Oscars and the box-office audience ever seem to agree on the best movies of the year? This question really bugs some people, but I've never understood it, because criticism, intra-industry acclaim and ticket-sales revenue represent such separate and distinct ways of looking at movies. If they all redundantly reinforced the same choices, what would be the point? (Only the money is necessary to the movie business, which regards reviews and awards as simply part of the promotional campaign.) The way I see it, asking why critics, Academy voters and audiences don't agree is like asking why Democrats and Republicans don't choose the same candidates for president (although I once knew a woman who seriously proposed that Ronald Reagan and Geraldine Ferraro would make a great ticket). The obvious reason is: different constituencies want different things.

Audiences want to be entertained, maybe a little inspired. Critics want to be entertained too, of course, but some also seek the greater pleasures of art. For some of us, the hackneyed phrase "mindless entertainment" is a contradiction in terms: how can something be entertaining unless it engages your attention on more than an autonomic level? Oscar voters... well, who the hell knows what they want? But we all want to feel better about ourselves, don't we? Movies, good and bad, can help with that.

Andrew O'Hehir at Salon ("And the Oscar goes to... 'Twilight'!") makes a modest proposal: "What if the Oscars -- an imaginary Oscars, a thought-experiment Oscars, the Oscars of an alternate universe -- honored movies that people actually liked?" His alt.hollywood version would be "an unholy blend of the MTV Movie Awards and the Indiewire critics' poll" in which "Melancholia," "A Separation" and "Tinker Tailor Soldier Spy" would go up against "Harry Potter," "Twilight" and "Mission: Impossible."

In a recent Far-Flung Correspondents piece ("How to Win an Academy Award"), Omer M. Mozaffar suggested that the best picture choices usually reflect a deeply American affection for stories of liberation:

The Oscar goes to a film that involves someone in some sort of prison, seeking and achieving some sort of freedom, though death often takes place in the process (along with some sort of love interest, usually).

I think there's some truth to that -- especially since American films (whether studio-tooled or indie-financed) have long shown an exceptional fondness for stories in which tenacious underdogs face seemingly insurmountable obstacles.

But there's something else, and this is true of all elections: the candidates tend to reinforce (and flatter, even appear to ennoble) the voters' views of themselves. O'Hehir sees it this way:

I think we all understand that the 6,000-plus voters of the Academy of Motion Picture Arts and Sciences are a peculiar and self-selected group, and that they aren't selecting the winners based on criteria that are important to anyone else. They aren't picking movies the public likes. Indeed, over the last two decades the Academy's taste has wandered increasingly far from that of the mass audience. And while artistic merit is an inherently nebulous and subjective concept, I don't think that's what they're using either. Seriously, Academy members -- let's go out for coffee, and then you can sit there and look me in the eye and tell me that "War Horse" or "Midnight in Paris" or "Extremely Loud and Incredibly Close" (for the love of Jesus!) is a better movie than "Melancholia" or "Take Shelter" or "Coriolanus" or "Drive" or about 30 other things I could come up with.

For that matter -- and this one's just as important -- try to convince me that those nominated films are a better example of what Hollywood does best than such big, spectacular and hugely popular films as "Harry Potter and the Deathly Hallows: Part 2," or "The Twilight Saga: Breaking Dawn Part 1″ or "Mission: Impossible -- Ghost Protocol." Sorry, but no. The thing is, Oscar voters are picking the movies that make people who work in the film industry feel better about what they do, for reasons that perhaps a highly-paid shrink could puzzle out. When we get involved in obsessive horse-race coverage of the Oscar campaign, we're using voodoo and amateur psychology and meaningless statistics and other forms of hokum to try to get inside the heads of those 6,000 voters. I say the hell with it.

Daniel Radcliffe might agree. As he told E! Online: "I don't think the Oscars like commercial films or kids' films, unless they're directed by Martin Scorsese.... I was watching 'Hugo' the other day and going, Why is this nominated and we're not? I was slightly miffed."

Back in the 20th century, big commercial blockbusters weren't regularly overlooked by the Academy. There almost always used to be a slot in the five nominations for a popcorn picture, whether it had an arty side ("Lawrence of Arabia," "The Godfather") or not ("The Guns of Navarone," "How the West Was Won"). Big popular musicals like "Funny Girl," "My Fair Lady," "Fiddler on the Roof" and "The Sound of Music" were invariably nominated (as were not-such-big-hits like "Hello, Dolly!" and "Doctor Doolittle"). In 1970, "Airport" and "Love Story" were best picture nominees, fer cryin' out loud! And over the next few decades: "Jaws," "Star Wars," "The Exorcist," "Raiders of the Lost Ark,"  "E.T. The Extra-Terrestrial," "Fatal Attraction," "Beauty And The Beast," "Forrest Gump," "Gladiator," "The Sixth Sense," "Titanic"... 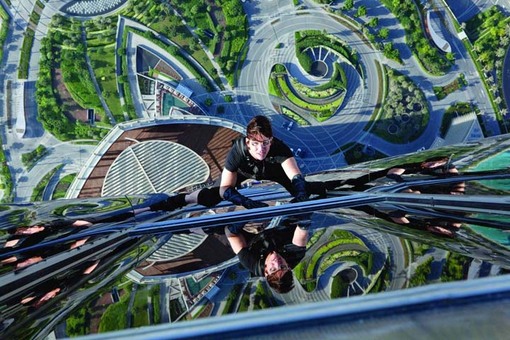 But O'Hehir has a good point, which is that the Academy Awards have drifted away from celebrating the kinds of movies for which Hollywood is best-known around the world. (I don't think this is necessarily a bad thing -- but then, I agree with the Self-Styled Siren that the ceremonies would do better to celebrate the history of studio movies and the tradition of Hollywood glamor, and to place the new stuff in that context.)

Anyway, O'Hehir's Alternate Academy Award nominees for best picture are "Harry Potter and the Deathly Hallows Part 2," "The Lincoln Lawyer," "Melancholia," "Mission: Impossible -- Ghost Protocol," "A Separation," "Take Shelter," "Tinker Tailor Soldier Spy," "The Tree of Life" and "The Twilight Saga: Breaking Dawn Part 1" -- only one of which ("Tree of Life") is among the Actual Academy's choices this year. For the most part, I like that list better than the real one. I would nominate "Moneyball," though, a movie that shows off the best Hollywood has to offer, including a genuine movie star performance by Brad Pitt that's also a first-rate job of acting. (See "Why Brad Pitt should win the Oscar.)

But for most of us, whether we're involved in showbiz or not, the Oscars are about watching a show. Do you remember who won what last year? I never can, but that's why we have Google. If I want to recall the best movies of a given year, the ones I'll remember fondly and that are most likely to increase in stature and reputation rather than diminish, I'll look up some critics' lists...