Took the train down from Wilmette (well, Glenview) yesterday afternoon and, although was publishing new reviews on RogerEbert.com on opening night, I was able to watch the post-film discussions from my room at the Illini Union via Ustream. You can, too. And they've been archived here, as well.

Widely RTed Elvis Mitchell remark following Roy Andersson's "You, the Living": The look of the movie is "like being trapped in the world's ugliest Ikea."

Thursday Panel: "Getting the Damned Thing Made"

Charlie Kaufman (writer/director of "Synecdoche, New York") on the lack of a critical culture to support movies -- among financiers as well as audiences: "Nobody cares about the quality of the movie anymore, they just care about the hook."

James Mottern (writer/director of "Trucker") said when he thinks about what he did making a movie he remembers reading and responding to his e-mail a lot, checking his voice mail, talking on the phone and attending meetings, but what did he do? At least if you're working construction you know you built a roof at the end of the day. Getting a film made involves spending so many days where you don't really seem to see any results from your efforts.

Elvis Mitchell: "I can tell you for a fact that more people read the movies section of newspapers than the sports section." They're also more profitable. Look at the ads. 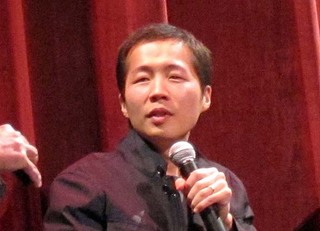 Here's the movie's story: A couple of Rwandan boys set off from Kigali into the countryside on a mission that involves a stolen machete. They stop to visit the family of one of the boys, on a farm he left three years earlier.

Here's the story behind the movie: Lee Isaac Chung's wife Valerie was working with relief organizations in Rwanda following the genocide. She wanted him to accompany her. He, a Korean-American raised in rural Arkansas, decided he would teach a film class -- and what better way to teach than to actually make a film with his students? Chung recruited his friends and collaborators Sam Anderson (co-writer, co-producer) and Jenny Lund (co-producer, sound), and together with the students they shot this haunting, atmospheric film in 11 days, with long takes and dialog (or precise wordings) provided by the actors themselves in Kinyarwanda.

It's a movie about detailed observation and slow rhythms -- of language and conversation, bodies in motion, wind through trees. The ways the boys' lithe bodies sway as they walk, holding hands or caressing each others' heads -- nothing sexual about it (as some Western cultures might interpret it), but expressions of warmth and friendship. The tale has an almost mythical shape and simplicity, but it doesn't feel contrived or simplistic. It's like a folk tale set in the real world. 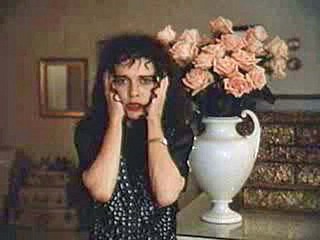 As I mentioned on the panel with Michael Tolkin, Elvis Mitchell and Lisa Rosman, this film was like a time capsule for me -- vividly taking back to the Los Angeles I remember when I lived there from 1987-1994. It's a fable about a pair of semi-artsy Angelenos (Peter Weller and Judy Davis) -- he's a literary agent, she's a graphic designer -- who fall on hard times when (get this) the economy crashes because too many corrupt banks have made bad real estate loans. Yes, this film was released in 1994.

Tolkin is probably best known for adapting his novel "The Player" for the film directed by Robert Altman, and his previous effort as writer-director, "The Rapture" 1991), is an uncompromising look at religion and cult worship. "The New Age" is a pitch-dark satire about salesmanship and what people like to call "spirituality." (I never know what people really mean when they say, "I'm not religious; I'm spiritual," and I'm convinced most of them don't, either.) A satire, but Tolkin doesn't stand outside/above them, overtly indicating his point of view (that would be a "judgment," as one character says). He allows the characters' words and actions to reveal the emptiness within them.

The writing is incredibly, dizzyingly dense, crammed with references to Eastern mysticism and psychobabble, from ancient Chinese sayings ("In Chinese, the word for crisis is the same as the word for opportunity") to "I'm OK, You're OK" Transactional analysis ("inner child," taking ownership of your feelings) to Joseph Campbell ("I'm following my bliss!"). But, as Tolkin said, it's too easy (and snotty) to ridicule belief. Belief is an extension of character, and theology is not something you can explore in the abstract; it's all psychology.