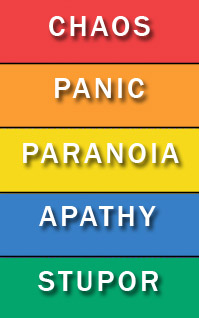 Every year good films show at the Toronto Film festival that never open anywhere near you. This year some good films played that may never open anywhere, even if you live in Toronto--or New York, San Francisco, Los Angeles, Seattle, Austin or upstairs over a Landmark Theater multiplex. Toronto is traditionally a lively marketplace for the purchase of film rights for new non-studio product: Indies, docs, foreign films. This year Harvey Weinstein paid $1 million for "A Single Man," and that was that. One sale, one movie, one million -- probably as little as Harvey has paid for a movie in some time.

Stands at yellow, rising toward orange

Don't take my word for it. Listen to Anne Thompson, who always knows what she's talking about. In her blog Thompson on Hollywood, she leads: "The old independent market is over." She quotes the producer Jonathan Dana: "It's a massacre. It's the end of funny money."

Thompson names a few of the films going home without deals, and it's depressing:

"Creation," the opening-night biopic about Charles Darwin. "Get Low," Robert Duvall's first lead role in awhile. Bruce Beresford's "Mao's Last Dancer," about a dancer hand-picked by Madame Mao who defected to Texas after falling in love with an American woman. Tilda Swinton in "I Am Love." Rodrigo Garcia's "Mother and Child," which left some viewers weeping and stars Naomi Watts, Annette Bening and Samuel L. Jackson. Todd Solondz's "Life During Wartime." All big films with box office names (at indie box offices, certainly). And what about my own favorite from Toronto 2009, Tim Blake Nelson's "Leaves of Grass" with its remarkable dual performance by Edward Norton as twins? And Atom Egoyan's mesmerizer "Chloe?" And many others? 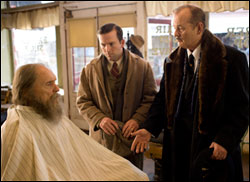 Robert Duvall in "Get Low"

And what, for that matter, about "Julia" with Tilda Swinton, the most remarkable thriller I've seen all year, which played festivals including Berlin and Chicago in 2008, was picked up by Magnolia, and never played on more than four screens? In my review last month I fell over myself in praise, but it played here at Facets Cinematheque, and many ticket-buyers possibly don't think of that as a "real theater." (If you were to choose only one Chicago theater to see first-runs for a whole year, you might not be able to do better than Facets, but never mind).

The big winner at Toronto was "Precious," which claimed the Audience Award. It had long since been picked up by Lionsgate. It generated the kind of buzz heard last year for "Slumdog Millionaire," and has Oscar written all over it. Werner Herzog's "Bad Lieutenant" ("His best film in years" -- Manohla Dargis) is going out with First Look. But films that went to Toronto looking for a sale are still looking.

The feeling is that it's too expensive in this economy to successfully open an unknown film. Most indies feel they must open in New York, the most costly media market in the country, and of course that means an ad big enough to be visible in The New York Times, buys in the other major daily and weeklies, maybe some public transportation posters, maybe some radio, maybe some television, maybe some internet, and pretty soon you're talking maybe more money than the movie maybe cost. 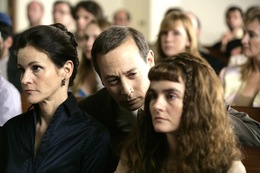 The chilling effect of this down the line will mean the disappearance of investment funds for indie filmmakers. They depend on investors who can be persuaded to take a risk but not prepared to act as charities. All investors need to use is Google and they'll be asking an indie filmmaker, "hasn't the market dried up?"

This crisis can't be blamed entirely on the economy. Box office traffic is strong across the board, with Landmark, the largest indie exhibitor, reporting booming admissions. People will go to movies. But they have to (1) hear about them, and (2) be able to find them. And that leads me to the real subject of this entry, which begins with their problem and leads to ours. We can't solve the distribution crisis. But we can take control of our own movie going.

I continue to believe the best way to see a film is in a theater, projected by light through celluloid. I might as well be howling at the moon. In the last few years I've come to accept that digital projection has improved enormously. I acknowledge it. I accept it. If it results in a substantial reduction in the costs of prints and distribution for smaller films, it is a healthy development.

Digital is said to increase the risk of piracy. I set aside those concerns. Cineplexes can deploy platoons of guards with night-vision goggles, and it won't make a difference. The deed is already done. When a movie is on DVD in Hong Kong before it opens in America, you don't need to be Sherlock Holmes to know that the theft was an inside job. Somehow, movies are obviously leaking through the Hollywood post-production system. There isn't a big market on the $5 street-sale scene for "You, the Living" or the Dardenne brothers, however, so in the indie market piracy isn't as much of a problem. 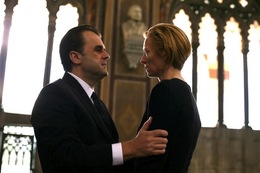 Flavio Parenti and Tilda Swinton in "I Am Love"

Okay. So, digital projection. I wrote earlier suggesting that a digitally-delivered encrypted signal could inspire storefront indie theaters in smaller markets, and have heard of some theaters and film societies experimenting with that route.

But what about you, sitting at home in what Juno's mother describes as "East Jesus, Nowhere?" What are you supposed to do? I get comments from readers who describe round-trips of two hours or longer to the nearest art theater. I suspect that no matter how far you are from an art theater, you're likely to have cable TV -- and I'm intrigued by the developing fist-run market via Video on Demand.

Call it "Cable on Demand" and you'd get COD, which is what it amounts to. I've made an effort lately to review some new VOD titles on the site, and I've set aside a section for them on the "Two Thumbs Up®" section of my home page. There are four good ones currently listed: Spike Lee's musical "Passing Strange;" Juliette Binoche in "Paris," a love poem to a city and some characters who live there, and "Still Walking," a new film by the Japanese master Hirokazu Kore-eda; and "Medicine for Melancholy" by Barry Jenkins, about two young African-Americans wake up hung over in a friend's home and spend the next 24 hours very slowly getting to know one another.

Although my job description requires me to review almost all the new theatrical releases, I'm going to try to review some of these titles every month. Some of the most interesting, typically costing around $3.95, are via IFC Festival Direct, which also offers day-and-date premieres from such festivals as South by Southwest. I'd like to hear from readers who've had good or bad experiences viewing movies this way. 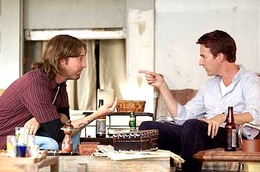 Ed Norton and Ed Norton in "Leaves of Grass"

There's also the market for internet-delivered films, both streaming and for download.These distribution avenues offer filmmakers a chance of seeing some revenue quickly. I'm uncertain how much they make through a popular outlet like Netflix; the company buys a DVD and then rents it, so the money must not be the same. From the user point of view, of course, Netflix is ideal. Some readers complain they experience long waits for some titles. Others tell me they have 500 titles on their waiting list. Common sense tells me if you keep your list very short, Netflix is forced to respond more quickly. Renting from a local store is convenient, but the dominant Blockbuster is weak in indie and foreign titles and just closed 1,000 stores. Creative independent local video stores continue to thrive.

A persistent problem is getting the word out on these under-the-theatrical-radar films. How many critics have time to see a lot of them? How many of their employers are more interested in "Still Walking" than "Cloudy with a Chance of Meatballs?" A new Spike Lee is always an event, and "Passing Strange" has 21 reviews on "Rotten Tomatoes" (scoring 100%). His previous film, "Miracle at St. Anna" (33%) has 112 reviews. See what I mean? Lots is claimed about the power of the internet, but if a movie conquers the blogosphere so what?

Movie lovers can also, if they have the time and money, attend film festivals; I know people who take a vacation week at Toronto, where you can find reasonable lodging and live on coffee and survival rations. A reader named Jason Marcel tells me he saw 50 movies at TIFF this year, and had finally consumed his first square meal since he got there, "since it seemed like all I was consuming for 10 days was bird seed, fruits, nuts and twigs, Advil, and bottled water."

And people think I'm kidding about the Trail Mix Brigade. But the fact remains that the economic model for indie films is troubling. Small low-budget films will continue to be made, because their directors need to make them. But will they be seen? One answer, I think, is to treat every non-studio film that opens in your town as a seven-day run. It won't be held over until you get there.

[ Much improved top artwork thanks to Marie Haws. ]

A well-chosen Film of the Month from Film Movement (in Canada too, unlike Netflix)

Trailer for "A Single Man"