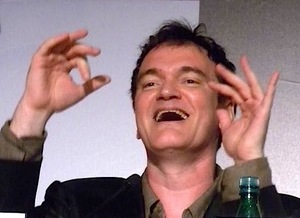 Leave it to Quentin Tarantino to find a climax unique in the history of war movies. Also trust QT to get away with a war movie that consists largely of his unique dialog style, in which a great deal of action is replaced by talk about the possibilities of action. His "Inglourious Basterds," which premiered Wednesday morning here at Cannes, is a screenplay eight years in the writing, and you can't fill 148 minutes with descriptions of special effects. At least not if you're a motormouth like Tarantino.

My review will await the film's August 21 opening. I know, I wrote a lot about "Antichrist," but with this one I'd like to hold out until opening day. No, that doesn't mean I disliked it. It means it inspired other kinds of thoughts--about Cannes, Tarantino, and the way the movie industry seems to be going these days.

"Why," Mr. Tarantino, he was asked at the press conference after the film, "did you choose to bring the film to Cannes?" In other words, why didn't you open it with another one of those god-awful junkets where entertainment reporters are plied with chilled shrimp and cycled through 3-minute sound-bite ops in a Four Seasons somewhere? You know, a controlled environment designed to churn out mindless publicity? Why expose it to the glare of Cannes, and to the baying of the hounds of hell, otherwise known as the world's film critics? A place where there are more questions at a press conference for the director of a film than for the stars?

"I make movies for Planet Earth," Tarantino answered, "and Cannes represents that." Not Planet Hollywood (whose branch here has long since closed). He said it never occurred to him to open his film anywhere else. His shooting schedule was under the gun of today's Cannes deadline. "We started talking about the film in August," Brad Pitt said, "and he said he would be here in May. And here we are." 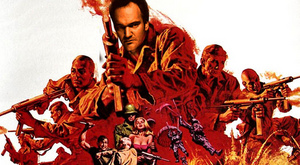 And it's Tarantino, over the top!

I remember Tarantino the first time he came to Cannes in May 1992, with "Reservoir Dogs." Chaz and I had him all to ourselves at lunch down on the beach. We picked up the check. When he came in 1994 with "Pulp Fiction," there was a party that took up most of the top floor of the Carlton. In other words, something happened, and it wasn't that the freeloaders got chilled lobster. What happened was that Tarantino took his place in the Cannes Pantheon. It really does mean more to win the Palme d'Or than the Oscar for best film. It means more for the director, for sure. Hell, the best film Oscar is accepted by the producer.

QT is sometimes criticized for including too many references (some say whole scenes) from other movies in his own work. There are legends about his days as a video store clerk, memorizing B movies from the $1.99 bin. But the borrowed, or repurposed, or inspired, or quoted movie material in his films is there not because he lacks imagination but because he has too much. He loves movies with a fervor that inspires him to absorb us not only in his films, but in the films he loves. His arms are wide and gathers us in.

"Inglourious Basterds" is, I believe, the only war movie with its climactic scene set in a movie theater. The only war movie with a critical last-minute confrontation in the projection booth. The only war movie with a lecture on the fire hazard of nitrate film stock. The only one that pays much attention to the names of such great directors as Pabst and Clouzot. Tarantino's hero, played by Brad Pitt, is named Lt. Aldo Raine, which is as close as you can get to Aldo Ray, the star of "Battle Cry" (1955), which co-starred Van Heflin, who also gets a shout-out in "Basterds." 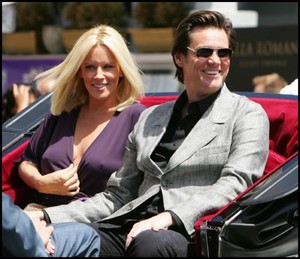 Cannes has become, in a way, the sundowner party of Day of the Locusts. There was once a world, much deprecated at the time, of patriarchal studios, star machines, genre movies, fan magazines, searchlights, and filmmakers who wanted their movies to play big to everybody all over the world. Now what survives of that old world, hunched and inward, is no longer show business but just--business. A screenplay is evaluated for its demographic appeal, its video game possibilities, its spin-offs, its potential for commercial tie-ins. The suspense of its premiere is diluted a by pale, gnome-like creatures hunched over computers down in their parents' basements, busy as bees ripping off video copies of new films and posting them on the internet, to be downloaded by thieves who get more of a thrill out of stealing a film than by watching it. At least when there's a premiere at Cannes, you know it's a premiere. Some of the entries don't even have complete IMDb entries yet. Fans by the thousands cheer the arrivals. The red carpet becomes a fashion show staged by the Paris design houses, with the world watching on cable. 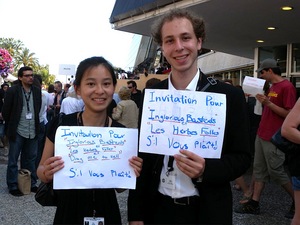 Buddy, can you spare a crime? (Carol Iwata)

The critics here are not on junkets. Many of them paid their own way, because if you're a movie critic, baby, this is where you gotta get your ass. Back home, most editors care more about Brad Pitt than Quentin Tarantino. That would be all right if they cared about Pitt for the right reasons. But the American press has been dumbed-down so much that some papers seem edited for an audience that does most of its reading off of TV screens. I ran into an old friend who has free-lanced for USA Today. "Yesterday, Lars von Trier's "Antichrist" was the big story," he told me. "USA Today featured coverage of Jim Carrey as Ebenezer Scrooge, arriving at the Carlton Hotel with Jenny McCarthy in a horse-drawn carriage."

There can be news value in such events. Consider the crowds Jerry Seinfeld drew when, dressed as a bee, he slid down a wire from the roof of the Carlton to promote "Bee Movie." To be sure, much of the press just wanted to have someone on the scene if the cable snapped. Now that would be newsworthy, a photo of a crumbled and bloody bumblebee suit. 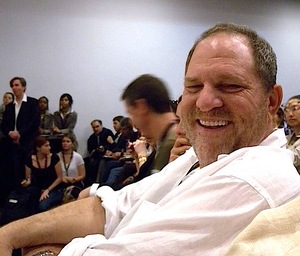 Cannes behaves as if such a world doesn't exist. Today the talk is about Tarantino. Yesterday it was about Lars von Trier. Here it doesn't matter if you liked his new film. At least you've heard of him. There are students here waiting tables in the beachfront pavilions to finance their stays, their hopes of "networking" and making their own films someday. Here there is a young man named Scott Collette who e-mailed me saying, "I am at the greatest film festival in the world, and it looks like I won't be able to get into a single film." He has a festival job with a distributor renting space across the street from the Palais. I advised him to try what worked for our granddaughter Raven--stand in front of the Palais holding a sign saying Invitation! and hope someone will give them a ticket.

After "Inglourious Basterds" today, Scott introduced himself outside on the sidewalk. I asked if he'd seen any films. "Not yet. And I got my boss's pass confiscated for using it to try to sneak in." I guess he doesn't look much like the I.D. photo of a middle-aged distributor. Chaz told him she had heard stories of people with the wrong passes being taken down into the bowels of the Palais and lectured sternly by security.

It happened that at the Tarantino press conference, we were seated near to Harvey Weinstein, who with his brother Bob is releasing the movie. The Weinsteins were once kids here without a ticket. "We were hanging around the stage door, hoping to get in and make our way around to the front," Harvey told me. "An official festival limo pulled up, and Clint Eastwood got out. We probably looked needy. He sized us up, held open the door, and let us in. To this day, we both make it a point to let someone into the Palais."

Note to Scott Collette: Someday when you are a big-time distributor with an office across from the Palais, you will remember this story, and do the right thing.

Below: The basterds at their press conference (Roger Ebert; Click on all art to enlarge)