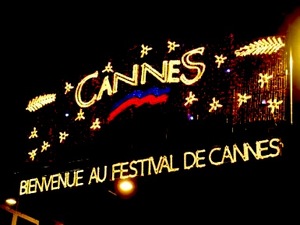 Now I understand why Cannes 2009 opened with Pixar's "Up." They knew what was coming. Has there ever been a more violent group of films in the Official Selection? More negative about humanity? More despairing? With a greater variety of gruesome, sadistic, perverted acts? You know you're in deep water when the genuinely funniest film in the festival is by a Palestinian in today's Israel, whose material includes a firing squad, a mother with Alzheimers, and a hero with dark circles under his eyes who never utters a single word.

And most of these films were not over quickly. Not that there's something wrong with a film running over the invisible 120-minute finish line, if it needs to, and is a good film. I regret that not all the 21 films in this year's selection were good. And that's not just me. The daily critics' panel for Le Film Francais was as negative as I've seen it, even giving a pas de tout ("worthless") to a film I would defend, von Trier's extreme but courageous "Antichrist."

In the past I have felt the elation of discovery at Cannes, seeing for the first time films like Kielowski's "Red," Lee's "Do the Right Thing," Coppola's "Apocalypse Now," Spielberg's "E.T."--and premieres by Kurosawa, Fellini, Bergman, Chen Keige, Fassbinder, Altman, Herzog, Scorsese. Titans bestrode the earth in those days. This year the only ecstatic giants, love them or hate them, were Lars von Trier and Quentin Tarantino.

Yes, there were great directors on the list: Michael Haneke, Jane Campion, Ken Loach, Ang Lee, Alain Resnais, Pedro Almodovar, Marco Bellocchio. But with the exception of Lee, they all chose material of a sort they've mastered. Where were the obsessions, the wild inspirations, the films beyond our imaginings? I hope to be shaken in my bones at least once a year at Cannes. I know the von Trier was hated, and I've hated some of his films myself, but he was hurling lightning bolts. 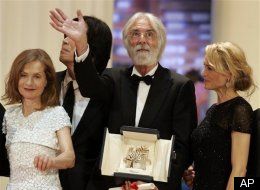 The 2009 feature film jury awarded some reasonable prizes, and then lost its mind. In my opinion the Mendoza film "Kinatay" deserved no award, and Le Film Francais panel agreed with me ("pas d tout"). But why in heaven's name would you give him the award for best direction? The second half of his film is an illustration of directorial monomania--a willingness to drive audiences from the theater not so much by the violence (rape, beheading, vivisection) but by the directorial style itself. You want to depict human atrocity, look to the von Trier.

Or, if you want to award a director in the grip of the relentless execution of a obsession, at least go for broke and give a prize to "Enter the Void," by Gaspar Noé ("pas de tout"). At least you could see what was happening in his film. Or honor a director who dealt with a human life at length and depth, like Jacques Audiard ("A Prophet"). Or Jane Campion, who handles the enigmatic and apparently chaste love affair of young John Keats as a balancing act between romanticism and genteel derangement. Or give it to Resnais. Now there's a director, with a light and wise touch in a whimsical story of fate dealing out what fate always deals. Death, you know.

You want a violent film, honor Johnnie To's "Vengeance," with Johnny Hallyday as a father who swears a blood oath and then loses his focus in the fog of old age. It played by the rules of film noir and Hong Kong cop thrillers. It didn't insanely slash and burn. You want an existential hit man? Try a woman, the fish market girl played by Rinko Kikuchi in Isabel Coixet's lovely "Map of the Sounds of Tokyo"--a film that evoked some of the same mood as "Hiroshima, mon Amour." Or go with Almodovar, even though "Broken Embraces" was minor Almodovar, just as "Looking for Eric" was minor Loach, and (so most people thought) "Taking Woodstock" was minor Ang Lee.

Not easy to fall in love with a Romantic (Jane Campion)

On the third day of the festival, I made an obvious sort of observation to its director, Thierry Fremaux, about the many important filmmakers in his selection. "Yes, but...you know, a great director doesn't always make a great film. We choose from what each year brings us." Was he trying to tell me something?

I should mention the two acting awards, to Charlotte Gainsbourg for "Antichrist" and Christoph Waltz for "Inglourious Basterds." Gainsbourg and her co-star, Willem Dafoe, were truly heroic in meeting the challenge set for them by von Trier. And Waltz, I suspect, won for just plain old-fashioned acting, in a Tarantino script that required his character to be many things to many people, including himself.

Before the festival, it was much commented upon that Isabelle Huppert was only the fourth Madame President in Cannes history, and that her jury was the first ever to have a 5-4 female majority. What would this mean?--we all asked. Would the women send a message? Make a statement? Reveal the differences in female values? After the awards, such questions inspire only a hollow laugh. If a male-dominated jury had read out this winners list, there would have been hell to pay.

Immediately following is my news story about the awards. Below that are my shaky-cam videos of the jury explaining itself (or not) at a post-Palme press conference.

The 2009 Cannes festival was heavily tilted toward films that were long and shocking. The awards ceremony Sunday night was concise, elegant and, for some, equally shocking. I haven't heard more booing at the prize list in some years.

The Palme d'Or went, however, to the generally admired "The White Ribbon," by Michael Haneke. Set before World War I and filmed in black and white, it tells of a rural German community plagued by a series of inexplicable deaths and other events.

The Grand Prix, essentially second place, went to Jacques Audiard of France, for "A Prophet," also well-received. It follows a young Arab through the French prison system, which educates him and unwittingly allows him to learn the criminal trade from a Sicilian godfather. Both of the top winners were purchased during the festival for North American release by Sony Pictures Classics. 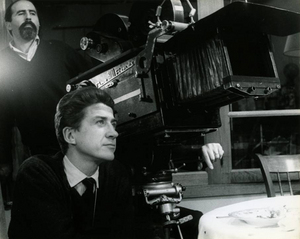 There was a prolonged standing ovation when the jury awarded a lifetime achievement award to Alain Resnais, 86, one of the founders of the French New Wave, generally credited for launching the modern era of filmmaking.

It is exactly 50 years since Resnais' classic "Hiroshima, mon Amour" was nominated for the Palme d'Or, and 41 years since he led a director's strike that shut down the festival in a protest against its conservative tastes in film. In this year's festival Resnais' latest film, "Wild Grass," was a popular favorite. It shows how a series of accidental events determine the paths of lives.

Another popular winner, for the Camera d'Or, or best first film, was Warwick Thornton's "Samson and Delilah," the first film by and about Aborigines selected by Cannes. It's about a desert journey by two teenagers.

The acting awards went to performances in two of the festival's highest-profile films. Best actress was Charlotte Gainsbourg, who underwent and inflicted brutal punishment in Lars von Trier's "Antichrist," a film in which the garden of Eden seems to be hell, not heaven. Best actor was Christoph Waltz, as a snaky Nazi SS leader in Quentin Tarantino's "Inglourious Basterds," about a scheme to attack the Third Reich from behind enemy lines. "You gave me my vocation back," he said to Tarantino from the stage. 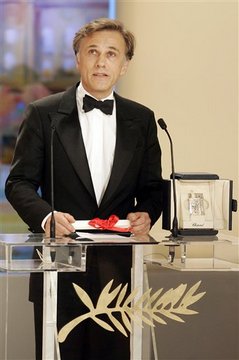 Those awards were perhaps not expected, but were well-received. Then the jury started springing surprises that didn't go over as well.

The biggest was the Best Director Award to Brillante Mendoza of the Philippines, for the very violent "Kinatay," one of the worst-received films of the festival. It involves the kidnapping, torture, rape, beheading and dismemberment of woman by members of the police force.

The announcement was greeted by loud booing as the festival's press corps watched on closed circuit TV in the Debussy theater, next door to the Lumiere, where the ceremony was held.

There were also boos for the winner of the Best Screenplay award, Mei Feng, who wrote Ye Lou's "Spring Fever," from Hong Kong, about a man hired to spy on a love affair; and for Chan-Wook Park's "Thirst," a vampire film from South Korea. "Thirst" shared the Jury Prize with "Fish Tank," a story of a troubled teenage boy, by Andrea Arnold of the UK.

None of these films was booed in the Lumiere, but reflect that most of the press would have seen all the films, and most of the black tie Lumiere audience would not have.

The jury for the Un Certain Regard section, which votes a day ahead of the Palme jury, gave its Grand Prix to "Dogtooth, by Georges Lanthimos of Greece, about three children raised by their parents in a house behind a wall and taught to remain childish, fear the outside world, and learn nothing about it. Its Jury Prize went to "Police, Adjective," by Corneliu Porumboiu of Romania, about a cop who is reluctant to destroy a life by making a marijuana arrest.

There was a Special Prize for "No One Knows About Persian Cats," by Bahman Ghobadi of Iran, about two hip-hop musicians in Tehran who scheme to gain passports to Eurpope even though they have prison records. Another special Prize went to "Le Pere de Mes Enfants" ("The Father of My Children"), by Mia Hansen-Love, about a workaholic French film producer and his family.

The judges explain themselves, part #1: The Cannes 2009 jury press conference after the ceremony: