Uptight, definitely not "Out of Sight"

Over the last decade or so, Jason Statham has been making a bid to become the next big international action movie star and has demonstrated that he has most of what it takes to achieve that lofty goal: he has loads of charisma, a sly sense of humor and is one of the few people working in the genre today who can convincingly pull off fight scenes. The only thing that has kept him from becoming a full-fledged superstar is that while he has appeared in some hits (such as the "Transporter" and "Expendables" movies) and a few cult favorites (like the demented "Crank" films), he has yet to find that iconic role that would put him over the top like Clint Eastwood with "Dirty Harry" or Arnold Schwarzenegger with "Conan the Barbarian" (1982) and "The Terminator" (1984).

Unfortunately, his latest effort, "Parker," is unlikely to do much to boost his career. It's another middling effort in which his undeniable presence is unable to elevate the usual mixture of convoluted plotting and grisly carnage. As bland and indistinct as its generic title, this is a film that seems to have been manufactured solely to play in mostly empty auditoriums for a bleak midwinter week or two before evaporating from the marketplace and the mind.

In theory, signing on for "Parker" must have seemed to Statham like a good idea at the time. The film is based on one of the books that the late, great crime novelist Donald E. Westlake wrote under the pseudonym of Richard Stark about the tough-as-nails criminal Parker, whose adventures previously appeared on the screen most famously in John Boorman's neo-noir classic "Point Blank" (1967).

"Parker" has been directed by Taylor Hackford and while his career has been on the quiet side in the last few years, he's still the person responsible for "An Officer and a Gentleman," "Chuck Berry: Hail Hail! Rock 'n' Roll" and "Ray." For a co-star, it has no less a figure than Jennifer Lopez and while some of her cinematic choices of late have been questionable, to put it politely, she has delivered enough good performances to give one hope that she will find another role that lives up to the promise she showed in "Out of Sight" and "The Cell."

Statham plays Parker, a master thief whose chief attributes are the code of ethics he lives by and a penchant for disguises of near-Fletchian proportions. Our story begins as he and a group of fellow thieves (Michael Chiklis, Wendell Pierce, Clifton Collins Jr. and Micah A. Hauptman) are executing an elaborate heist at the Ohio State Fair. Perhaps not surprisingly, the intricately-plotted caper goes sideways due to the incompetence of one of his cohorts. When Parker refuses the gang's demand that he re-invest his share of the loot as seed money for another caper with a bigger payoff, they attack him and leave him for dead by the side of the road.

Spoiler Alert! Parker manages to survive and after a little legwork learns that his former associates are in Palm Beach planning a new heist that — with its reliance on such items as booby-trapped speakers, scuba outfits and a fire truck — appears to be the most complex set of maneuvers since the Allies mounted Operation Market Garden.

Parker follows them to Florida and begins doing surveillance in the guise of a rich Texan looking to buy a house in the same area. This puts him in contact with Leslie Rodgers (Lopez), an ambitious realtor who is swimming in debt, living with her overbearing mother (Patti LuPone in what once once would have been the Lainie Kazan part). She twigs that Parker is not who he appears to be and wheedles her way into a small percentage of the prospectively ill-gotten gains. She begins to have second thoughts when she has to somehow conceal Parker bleeding in her bathroom after a brutal fight while a would-be policeman suitor is in the next room; that's Bobby Canavale in a role that looks to have been cut to ribbons in the editing.

All of the ingredients are here for a sexy, dark-humored crime film along the lines of Steven Soderbergh's great "Out of Sight," tbut they never jell into anything coherent or satisfying. Outside of a few flashes of wit here and there, blessed reminders of Westlake's gifts as a writer, John J. McLaughlin's screenplay fails to lift the crime-drama cliches above the routine.

This is Hackford's his first foray into the action genre and it becomes clear why he has avoided it. The action scenes come across as flat, uninspired and often too grisly for their own good. Worst of all, the film is flat-out dull — everything seems to take three times longer than it should and lacks the tautness a film like this needs to succeed.

The best things about "Parker" are the two lead actors. Although working with material that is lackluster even by his standards, Statham manages to demonstrate a commanding screen presence that cannot be dismissed. Opposite him, Lopez delivers one of her more convincing performances as a woman who knows she still has it, but who is also painfully aware that those days are coming to a close. This film may not contain the finest work from either star but at least they're making an effort, which is more than one can say about the rest of the picture. Statham can hope for better luck next time — or,well, there's always "Expendables 3." 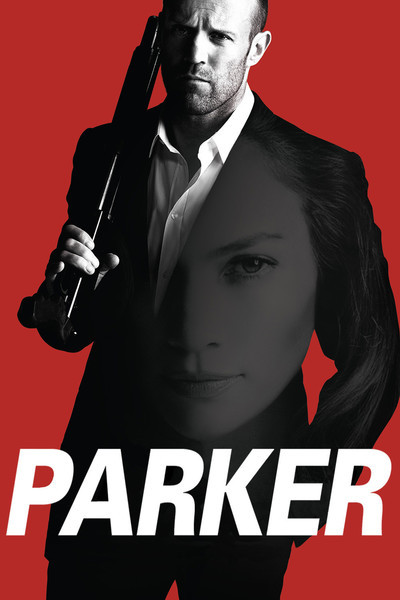 Micah A. Hauptman as Hardwicke

Based on the novel "Flashfire" by