The idea is, the Organization has taken Lee Marvin's $93,000 away from him, and he wants it back again. "I want my money back," he snarls about 14 times during "Point Blank."

There are a few questions you may stumble across in your examination of this plot, and one of them Is phrased nicely by the big shot. "Good Lord, man," he tells Marvin, "do you mean to say you'd bring down this immense organization for a paltry $93,000?" The question is more or less rhetorical, since Marvin has already knocked off most of the board of directors, several hired gunmen and a secretary or two. You'd think the Organization would let him have his $93,000, and good riddance.

But if they'd forked over, there wouldn't have been a movie, and as suspense thrillers go "Point Blank" is pretty good. It gets back into the groove of Hollywood thrillers, after the recent glut of spies, counterspies, funny spies, anti-hero spies and spy-spier spies. Marvin is just a plain, simple tough guy who wants to have the same justice done for him as was done for Humphrey Bogart. 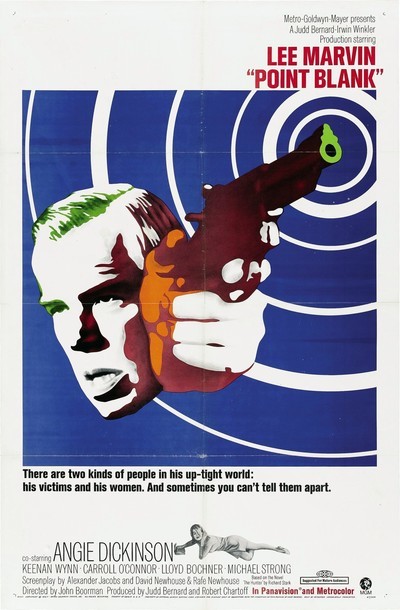