Growing old can be a bitch for anyone. But just try doing it if you are a middle-aged blonde bombshell left adrift on the outskirts of showbiz, beset by waning health and fading fame.

The curiously titled “Film Stars Don’t Die in Liverpool” focuses on the rather melancholy final days of Gloria Grahame, whose come-hither features and figure got her pegged in the ‘50s as Hollywood’s go-to femme fatale in a series of black-and-white film noirs. For a decade or so, she had quite a run: “In a Lonely Place” with Humphrey Bogart, “Sudden Fear” alongside Joan Crawford, “The Big Heat” opposite Lee Marvin and “Naked Alibi” paired with Sterling Hayden. She reached her pinnacle after claiming a supporting Oscar as a seductive Southern belle in 1952’s “The Bad and the Beautiful.” By the time Technicolor took over the silver screen, however, Grahame earned a rep for being difficult and obsessive about altering her looks. Also not helping was the tawdry talk that she and spouse No. 4, Anthony Ray, were intimate when he was 13 and she was his stepmom while wed to husband No. 2, director Nicholas Ray.

If the name fails to ring a bell, just fast-forward to the scene in 1946’s “It’s a Wonderful Life” where Violet Bick, the town flirt, flounces down the street in a fancy dress. James Stewart’s George Bailey admires her frock and she responds with a sassy flip of her curly bob, “This old thing? Why, I only wear it when I don't care how I look.”

Unfortunately, for the most part, “Film Stars Don't Die in Liverpool” steadfastly sticks to the period between 1979 and 1981, when the then-single Grahame had a fling with a British stage actor in his late 20s, Peter Turner, before she succumbed to breast cancer at age 57. As a result, career lows take precedence over the meager highs on screen, turning the film into a depressive variation of the somewhat similar “My Week With Marilyn.” Turner, whose 1986 memoir about their affair is the basis of this somber saga, is lucky enough to be portrayed with abundant depth by Jamie Bell in his meatiest dramatic role since his debut in “Billy Elliot.”

As the film opens, we see an older Grahame (Annette Bening, more vulnerable than usual while adding a breathy girlish trill to her voice) prepping backstage at a Lancaster, England theater where she is headlining as delusional matriarch Amanda in “The Glass Menagerie.” She performs tongue-twisting verbal warm-ups and tends to her makeup and hair before taking one last drag on a cigarette. Suddenly, right before the show begins, the actress crumbles to the floor in pain. Rather than remain in a hospital, she demands that the now-estranged Peter take her to his welcoming working-class family’s house (ruled by matriarch Julie Walters, Bell’s dance tutor in “Billy Elliot”) in Liverpool to recuperate.

That leads to one of several flashbacks, cinematically backlit by Scottish director Paul McGuigan, as Peter first encounters Gloria as a new resident in the shabby London boarding house where he lives. She immediately goes into vamp mode, asking if he has seen “Saturday Night Fever” before inviting him to do the Hustle with her to “Boogie Oogie Oogie.” The result is a deliriously giddy dance-off powered by mutual attraction as Peter pulls off John Travolta’s signature split. After a date to see “Alien,” Gloria delights in the infamous stomach-burst scene and later behaves as if she is in one of her old films, telling Peter over drinks, “I like habits, especially the bad ones.” But she ultimately drops the false façade to reveal that her dream is to play Juliet onstage at the Royal Shakespeare Theater—an admission that will result in an emotional highlight later on.

But save for the pair attending a revival showing of “Naked Alibi” (where it is implied that Grahame as a barroom chanteuse actually sang Cole Porter’s “Ace in the Hole” instead of being dubbed), we learn little about the star’s early history and instead focus on this odd couple. At one point, Peter visits Los Angeles and meets her acting teacher mother Jeanne (a fabulous Vanessa Redgrave)  and vindictive older sis Joy (Frances Barber) at Grahame’s cozy beachside bungalow. Jeanne notes she wishes Gloria had tried harder and performed more Shakespeare (she also gets a dig in that suggests her daughter was in the shadow of fellow blonde Marilyn Monroe). It is somewhat ironic when Peter declares that Gloria “just oozes tragic romance,” since that is the path where their relationship will soon be heading.

It is somewhat refreshing to witness a May-December romance from an older female perspective and both leads pour their hearts into their roles. But the screenplay adapted by biopic specialist Matt Greenhalgh (“Control,” “Nowhere Boy”) provides scant evidence about why we should care about Grahame to begin with and how her fate was perhaps emblematic of movie sirens both past and present. The awards season began with talk that this might be the performance that would snare an Oscar for Bening, who has yet to win after four tries and was cruelly passed by for last year’s superior “20th Century Women.” Oddly enough, Bening used Grahame’s iconic bad-girl performances as inspiration for her sultry con lady in 1990’s “The Grifters,” the source of her first Academy Award nod—and a more fitting tribute than her current release. 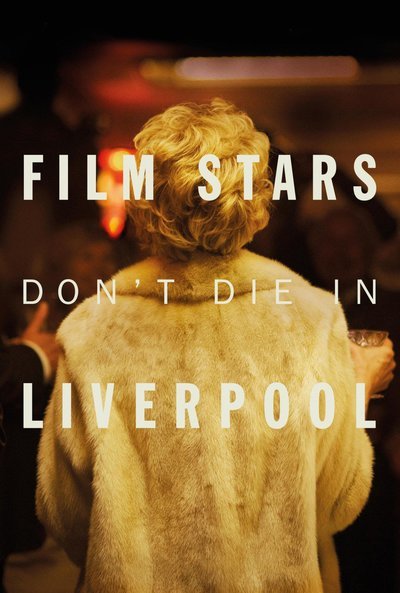 Rated R for language, some sexual content and brief nudity.

Writer (based on the memoir by)