HBO’s excellent five-hour mini-series “Chernobyl” ends with the words, “In memory of all who suffered and sacrificed.” It’s a fitting final note for a series that ably pays homage to just those people, from the workers who died in the explosion to those who fought to keep it contained to the scientists who spoke up to make sure it didn't happen again. Brilliantly structured and anchored by great performances from Jared Harris, Emily Watson, Stellan Skarsgard, and more, “Chernobyl” is relentlessly bleak, but it has a remarkable cumulative power. I found each hour more impressive than the one before it, as Johan Renck’s complex, layered vision of an entire nation altered by a nuclear event becomes more and more devastating.

At first, “Chernobyl” feels incredibly episodic. We meet various characters in the sphere of what happened on April 26, 1986 when a safety test went very, very wrong. There are the workers directly involved in the test, most of them inexperienced and uninformed about exactly what they’re doing, and led by an abusive jerk who pushes them to make mistakes. There are the local emergency responders, like the firefighters who run in to stop the flames, unaware that they’re running to their deaths. And then there are the government officials, some of whom immediately swoop in to devise cover stories to maintain the Russian image around the world, claiming that nothing too horrible really happened even as they know otherwise.

The great Harris, so underrated for years in everything from “The Terror” to “The Crown,” plays Valery Legasov, a key Soviet nuclear physicist who is the first to realize what has happened at Chernobyl, and what it means is going to happen now. What “Chernobyl” captures most of all is the events that happened after the incident to contain what could have been a much worse international disaster. Legasov sees a report of graphite outside the building and knows that the core has exploded, and, after much opposition from officials trying to claim nothing is wrong—including a version of Gorbachev played by David Dencik—is given the freedom to try to contain the disaster. After the meltdown, there were several ticking time bombs related to Chernobyl, including the likelihood of a massive explosion, the containment of the nuclear radiation leaking across Russia, and the fact that it was headed down into the water supply for most of the country.

If you’re wondering how some of these more disastrous fates were avoided, the answer is often human sacrifice. Men were forced into situations so full of radiation that the machines designed to read levels simply broke. Some of the most fascinating parts of “Chernobyl” are almost procedural in the way they detail the hurdles placed in front of Legasov and in his team, including Soviet Deputy Prime Minister Boris Shcherbina (Stellan Skarsgard) and Ulana Khomyuk (Emily Watson). Skarsgard gives one of his career-best performances as a man who has been a mouthpiece for his government for years, but realizes that party lines won’t get the job done here, and Watson finds a human core in a character who’s really an amalgam of real people who worked not only to contain Chernobyl but to figure out what happened there.

“Chernobyl” is populated by familiar faces on the fringe too, including a small role by future star Jessie Buckley (“Beast”) as the pregnant wife of one of the first responders, and a single episode masterful turn by Barry Keoghan (“The Killing of a Sacred Deer”) as a man assigned to a team that has to wander the small towns near Chernobyl to kill the stray dogs that remain after the evacuation. After all, they’re radioactive, and they can’t be allowed to live and travel to other towns. If you think that sounds blindingly depressing, you’re not wrong, but there’s an artful power to Renck and writer Craig Mazin’s approach that keeps “Chernobyl” from becoming a dirge. They add a human element to something that those of us old enough to remember watching news stories on TV have always kind of understood from a distance. Sure, we intellectually knew there were human stories involved, but “Chernobyl” takes very academic, scientific material and makes it understandable and tactile.

It helps that Mazin and Renck have a wonderful cast, particularly Jared Harris, who has played a kind of righteous intellectual before, but never more successfully than he does here. In an underrated career, this is one of his best performances, investing Legasov with a deep intellectualism that makes him both the smartest man in the room and the one who knows the real danger of what is happening. Harris finds ways to convey so much in each scene, balancing both Legasov’s commitment to doing what he can and his knowledge that he really can’t do much. As he says at one point, they’re trying to fix something that has never happened before. And you can hear the notes of despair in Harris' voice as he works to solve a problem that not only might not be solvable but has already done so much radioactive damage that it will likely kill everyone involved, including him.

“Chernobyl” may be a tough sell for HBO viewers accustomed to the more twisting and turning narratives of recent mini-series like “Sharp Objects” and “Big Little Lies.” It’s not as crowd-pleasing as those award-winners, but it’s just as accomplished. It’s incredibly difficult to mine entertainment from something as dry as the physics behind a nuclear meltdown and the governmental mistakes that both led to it that meltdown and tried to cover it up. But the final episode of “Chernobyl,” which intercuts between the hearing about what happened that fateful day and the incident itself, feels like a rewarding end to a remarkable TV journey. You should take it. 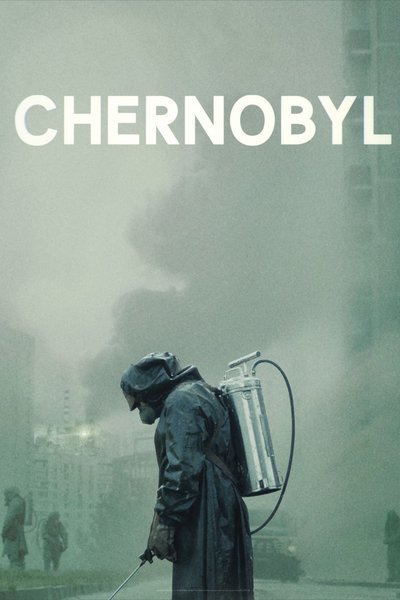