Unfathomable Life: A Writer Grieves for Her Father, Through Five Movies

Jessica Ritchey January 28, 2016
Tweet
Editor's Note: RogerEbert.com contributor Jessica Ritchey wrote this unconventional but lovely piece about losing her father last year and working through his death and the aftermath through the prism of five movies: "Blackhat," "Mad Max Fury Road," "Crimson Peak," "Creed," and "Star Wars, Episode VII: The Force Awakens." I am proud to present it here and I hope you find it as illuminating as I did, but you should be cautioned that she does discuss the ends of the films. This was inevitable and, I believe, correct, given that this piece is about the idea of life's narrative coming to a close, and what that means for those left behind.--
Advertisement
Matt Zoller Seitz

I have a crush on the actor Chris Hemsworth. That is why I want to go see “Blackhat”. Tech-thrillers aren’t really my genre but I imagine if anyone can make me interested in scenes of people typing intently it’s him.

And because it’s that kind of year, I’m waiting to see if they will be successful in digging out the malignant clump of cells growing on the right side of my face.

“Blackhat” isn’t what I’m expecting at all. Director Michael Mann’s dreamy data apocalypse reminds me of Laurie Anderson deciding to direct a Bourne movie. There’s a chill in the movie that matches the weather outside. Streams of information and cables overwhelm the screen. The characters are drowning in information. The narrative is fragmented like files on a old disk. 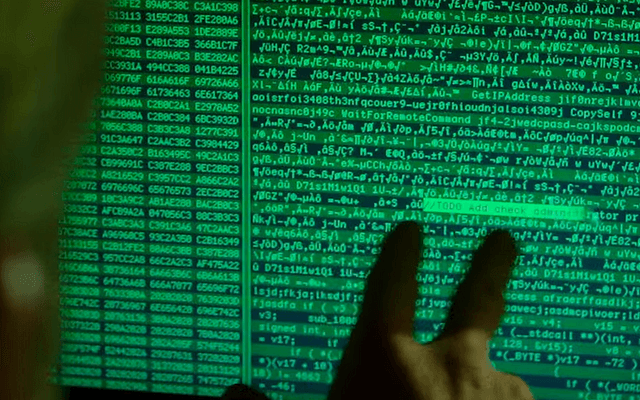 This is how memory works, especially in late winter. The cohesive story we tell ourselves falls away and all that remains is an image here, a remembered word there. We forget what the address of the old apartment was, but we remember he loved the orange kind of Milano cookies best.

After the film ends, I think for a long time about the shot of Hemsworth watching Tang Wei in the car. I think about how often love and life fold down into a memory of a gold necklace against a delicate throat. About how many things get lost or corrupted beyond recovery.

I’m not ready to lose my father. But I know he’s not really here anymore, and that as bad as this feeling of drowning in the air is, what comes next will be worse. 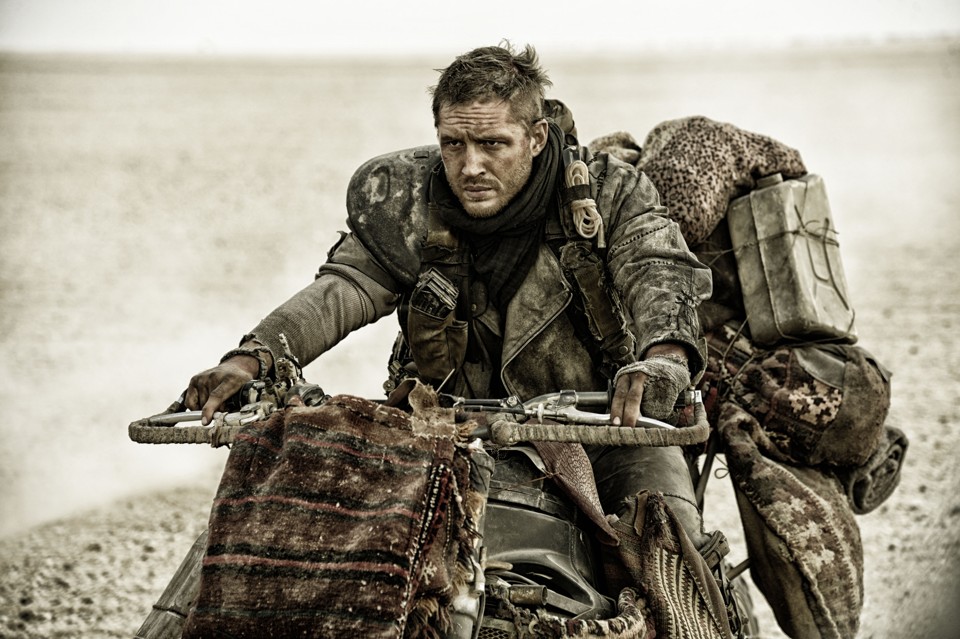 I have a hard time not touching the scar on my right cheek. It itches terribly. My doctors tell me that means it’s healing. They got all the bad stuff out.

I start to relax about that. But there’s an itch that travels. It travels up my spine, sometimes to the tips of my fingers, other times to the back of neck, the feeling that something is missing.

The itch is my missing my father. But I’m unprepared for how often it visits. I see a trailer online for "Mad Max Fury Road" and it’s upon me because I know I can’t send it to him. The movie has a good trailer, one that my father would have liked a lot.

I sell an article on Italian Post-Apocalyptic films. The itch nearly doubles me over in not being able to send my first paid byline to him.

“Mad Max: Fury Road” is not the movie I’m expecting either. It’s riotous and violent and screams in rust red and choking ochre dust. But the film’s heart is quiet and deep. It’s in the blue pools of Nicholas Hoult’s eyes. 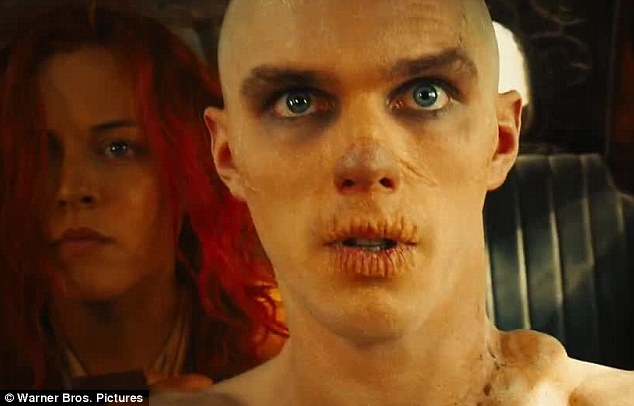 Hoult plays Nux, a “War Boy” whose only job is to get himself killed. His innocence in destruction hurts me a little bit. Over the course of his journey, he discovers that he is a human being.

I think about scars. Most of the "Mad Max" characters are covered in them. 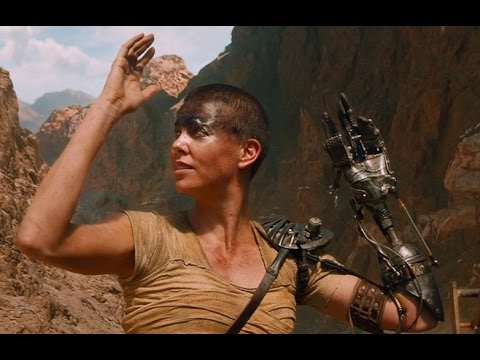 I think about the “green places” we want to run away to. Many of the characters are trying to get to a green place.

I think about what happens when we learn there are no truly safe places. How we have to decide if we’ll keep running or go back and build with what we have the best we can. The characters decide to go back and build. I’m not sure I’m ready to hear that message. My heart and mind feel a bit too much like scorched earth.

But that’s one of the film’s messages, too. That life never returns graciously, slowly letting you find your bearings. It returns demanding and hungry and thirsty. You have but time to grab your coat and follow.

But I’m not sure I don’t want just want one more night on the road, in the endless quiet of nowhere. 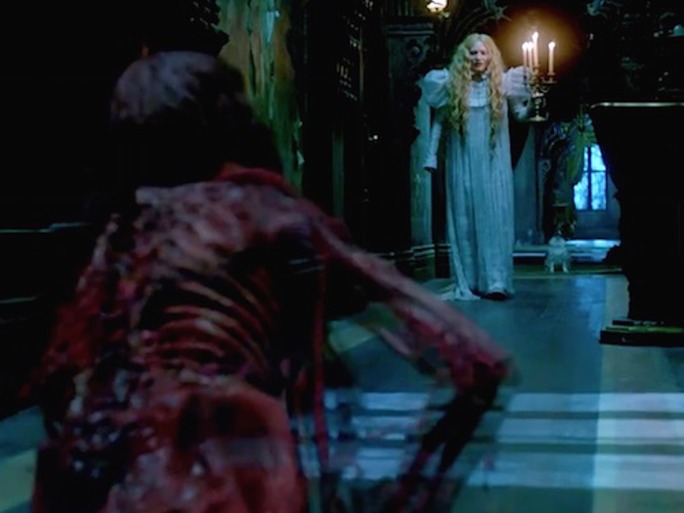 The scar on my cheek has faded to a faint line. October means I’m in the mood for ghost stories. Guillermo Del Toro is one of my favorite filmmakers and I’ve been looking forward to “Crimson Peak” for months. I’m expecting lush visuals and a sympathy for his monsters as well as his heroines.

But I’m knocked for a loop for how much “Crimson Peak” is about fathers and daughters. And what happens when a father, a good father, a kind father, is taken from you.

Mia Wasikowska's Edith has to learn to survive on her own, and thwart a plot against her life. Edith is a writer. It’s her ability to arrange the pieces into a coherent narrative that aid her escape from the decaying memory palace that is her new husband’s estate. Allerdale Hall is death and grief that can’t let go. A home fit only for the dead.

Edith ends the film with a gash across her cheek. 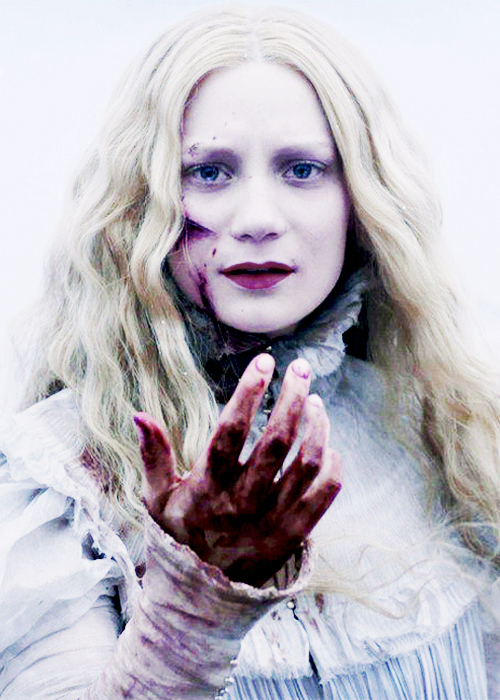 She’ll have a scar for the rest of her life.

But she will be alive to let it heal. If we take the closing image at face value, Edith turns her harrowing experiences into her first published novel.

I’ve been published several times by the time I see "Crimson Peak." I’m starting to feel like real writer at last. It haunts me, though, that so much good news can come with the bad. I can’t share my upturn in fortune with the person I want to most.

But that’s starting to feel like something that can be carried. There’s lots of space to think about this in the watery shadows that flicker over the film’s walls. 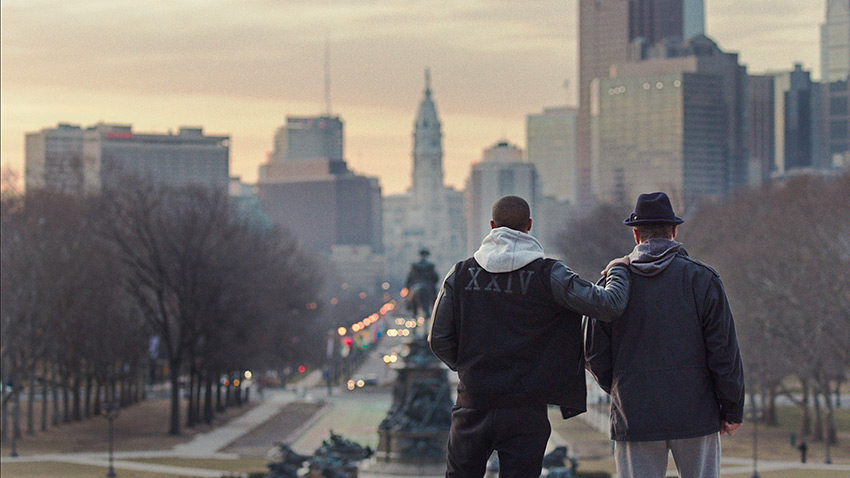 I was doing all right until the ending.

Watching Sylvester Stallone as Rocky struggle to get up the steps of the Philadelphia Museum of Art in “Creed” smashes the equilibrium I've been building up over the last few months. The unwelcome memories come flooding into my mind’s eye.

My dad having trouble climbing up the hills at the Kitty Hawk national monument on the Outer Banks of North Carolina, and how my sister and I helped him make it to the top. But more than that, how we laughed and cheered at the top and watched the ocean down below for a long time.

And it’s not just Stallone who wrecks me, it’s the radiant Michael B. Jordan as Adonis Creed. He helps Rocky up the steps and stands beside him as they contemplate the view.

The chilly morning air is pierced with that sweet sadness of memory and mortality. The two men don’t even have to say much to each other. They can feel in the air the import of what has happened between them over the course of the film. They know Rocky is in his twilight years while Adonis’ future is just starting.

The end of something is always the beginning of something else. And that hurts like hell to realize, sitting in the dark. 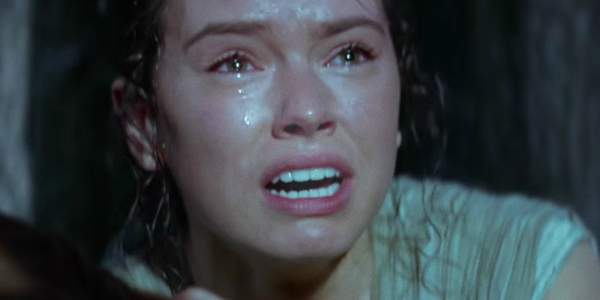 It’s not quite a year yet. I’m not ready for it to be a whole year yet, because while “time heals all” is a filthy lie, distance fades the details.

I don’t want to forget the smell of his aftershave, or the Tony Hillerman novels on his bookshelves. Or the fact that “Star Wars” was one of his favorite movies.

I had stopped trusting “Star Wars” after the prequels, but the trailers for “The Force Awakens” slowly reeled me back in. And no, “The Force Awakens” was not at all I was expecting. I didn’t anticipate that it would be so much about what happens when we are left behind. and how we make sense of the wreckage, and make it through.

I could feel my heart breaking at Carrie Fisher and Harrison Ford still being able to find that chemistry of two people who drive each other crazy but can’t stay away from each other. I ached at how good the new faces were, and at realizing how my dad I would have talked about Daisy Ridely, John Boyega, and Oscar Isaacs for hours afterward.

In the final scene Daisy Ridley’s Rey flies over a beautiful, desolate stretch of islands I recognized instantly. The location they used for the ruins of an ancient Jedi temple was Ireland’s Skelling Islands—in particular, Skellig Michael, which has the remains of a medieval monastery. 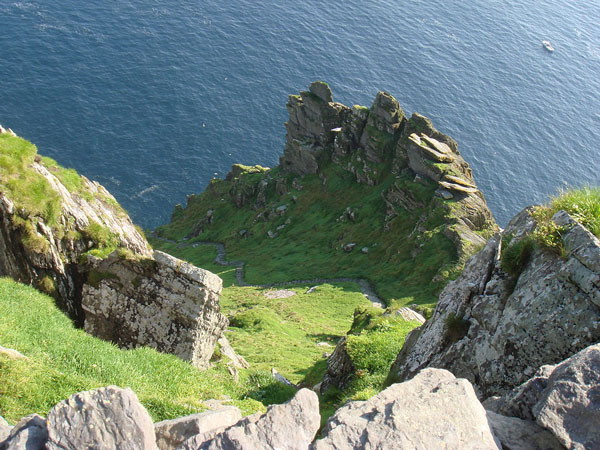 I had seen photos of it in a book of sacred Irish places my father had. He was Irish American to the core. My sister and I kept trying to take him to the ancestral homeland at least once.

He never made it.

At the end of the film, Rey lands and begins to make her way up the endless row of steps. I thought I could feel the salt spray of the sea on my face, but I realized I was crying, hard.

I thought about how damn stubborn my father could be. And how incredibly generous. And how much he would have loved this movie.

Rey makes it to the top where a long missing character is watching the waves beat against the rocks. The film's closing image is of Rey holding out his lightsaber to Luke.

The look on Ridley’s face shatters me.

The look on Mark Hamill's face shatters me again.

The pleading in her eyes. The hope, the need that this man who is, if not her father, then a fatherly figure, will come back to the Jedi, to her. And Luke's look of sorrow because...he can’t? He won’t?

I start to laugh under my tears as I realize this damned director is going to cut to black before I get an answer to that question.

And as the camera begins to pull back I’m grinning like a madwoman. Because I realize my father has been watching this movie with me.

My father taught me how to watch movies, how to love them.

I’ve been watching movies with my father’s eyes this whole time.

The camera pulls back further dwarfing the two characters on their little island in the sea.

Lines from a favorite poem come to me, a poem by Poland's Wislawa Szymborska about an island utopia where, strangely, all the footprints point back to the water.

“As if all you can do here is leave
And plunge, never to return, into the depths.
Into unfathomable life.”

The end credits music starts as I begin to collect myself.

I keep thinking of the ocean. Of the Irish folktales my father would tell me about it. How all life comes from it.

I will never reach its source.

It will claim me, as it does all living things.

But I understand now the relationship doesn’t have to be the clinging-to-driftwood-numb survival. I can point the bow of my ship to the horizon. I can find safe harbor, at least for a little while.

I can never feel all right about losing my father. But I can write about it. Make him a little less gone every time I do. And I can keep going to the movies.

I stay until the last note of music fades over the end credits.