Since its premiere at the Cannes Film Festival in May, László Nemes’ “Son of Saul” has been one of the most discussed films of 2015. In the debut project, Géza Röhrig mesmerizes as Saul, a member of the Sonderkommando at Auschwitz in 1944. The Sonderkommando were the Jewish prisoners forced to help the Nazis in their final solution. They would clean up after mass murders in the gas chambers and help dispose of bodies. After one session in the chamber, a boy miraculously survives for a few minutes before being killed by the Nazis. Saul becomes convinced that this boy is his son, and he is determined to give him a religious burial. Shot entirely in forced perspective, in which we see nothing other than what Saul can see, and often just focus on his face, “Son of Saul” is an exhausting, gut-wrenching film that also stands as one of the most essential pieces of cinema of the last few years. Its young director and star are witty, passionate, and still somewhat embarrassed at all of the attention their masterpiece has received. We'll have a theatrical review this week but here are my thoughts on the film from TIFF.

The Golden Globe nominations came out yesterday [and you were nominated]. How does that feel and what does that mean to you?

LÁSZLÓ NEMES: It’s an important subject. It’s good to have as a first-time director from Hungary. You can get someplace with ambition and new approaches. The film can affect people. That’s something that’s also very reassuring. It means other people after me can try to find new voices and new ways.

It strikes me as the kind of project that can’t possibly work without the right lead, so how did you two come together?

LN: I knew him from before. I thought he should be in my film. I didn’t know for what part. I auditioned him for Abraham. In the casting process, he was also playing Saul. It was very striking in that position. And that was the beginning.

So was it a visual thing as much as anything given how much time we spend on Saul’s face in silence?

LN: It was striking to see him. He was, in a way, already [Saul]. He could feel this man in a very intuitive manner. 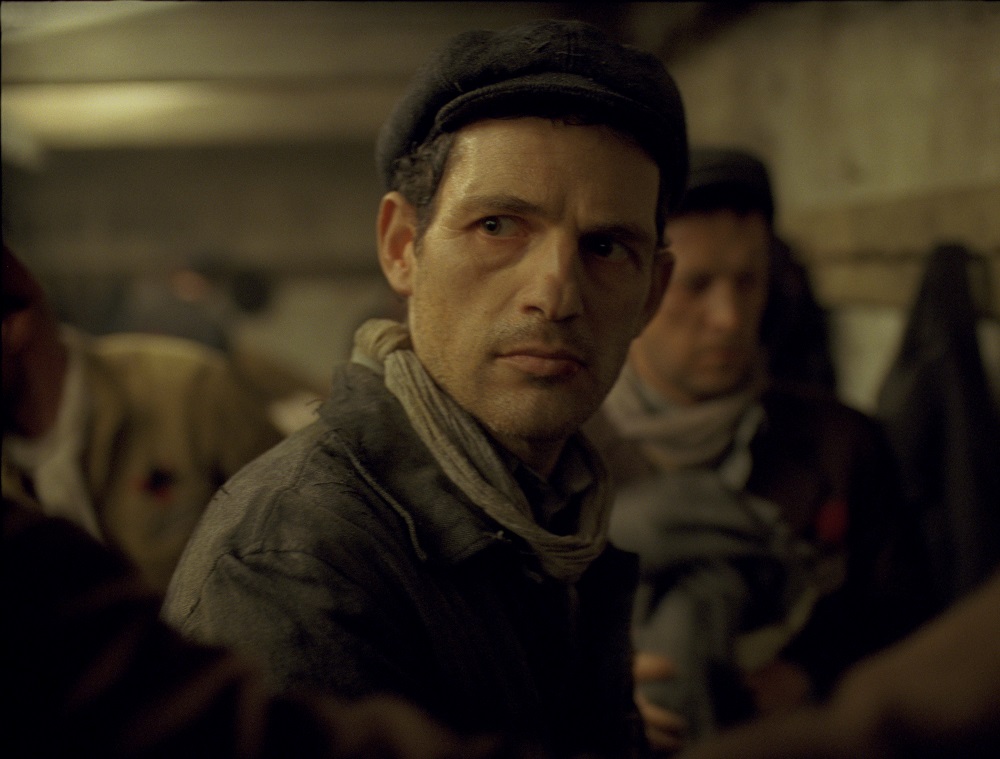 How did you get there?

GÉZA RÖHRIG: I fell in love with this script. I was determined to be a part of the movie in any capacity. It’s a must-be-made movie. Even if I could just be there doing the shooting—I just felt the importance of this movie. I thought it was coming from a different angle.

How did you prepare?

GR: People say “how did you prepare,” they always assume that you’re fully-charged and preparing for the role. I like to say “I got prepared,” I’m not so sure how. To read a lot, to think a lot, to put together the pieces. Basically, I wanted to know from midnight to midnight what was it like.

LN: I think you had 30 years of preparation.

GR: Yeah, I had a personal connection with the subject matter decades before the shooting. Specifically, Saul Auslander and being a part of the Sonderkommando, I really wanted to dig into the realities of this world.

When you dig into the realities, both of you, is it difficult to leave on the set? Is it a difficult existence to live with?

LN: For me, it was very demanding. It was very intense. The first day I got on the shoot, I thought I would never start, let alone finish. After a while, you get used to everything. We were in a real place.

GR: A whole lot was on the shoulders of Laszlo, but, for me, the shooting was the best part. When you rehearse, you are very vulnerable. You’re not very in control. You’re not sure what part of you is going to be shown. By the time of the shooting, you better know what part of you is going to be shown. Less risk during shooting. Afterward, it was a very hard time to adjust back to my normal life. It’s still going on. It hasn’t fade completely—just to see people throw half a sandwich into a garbage can. Why? What? It felt like this 21st-century life is much more an illusion. 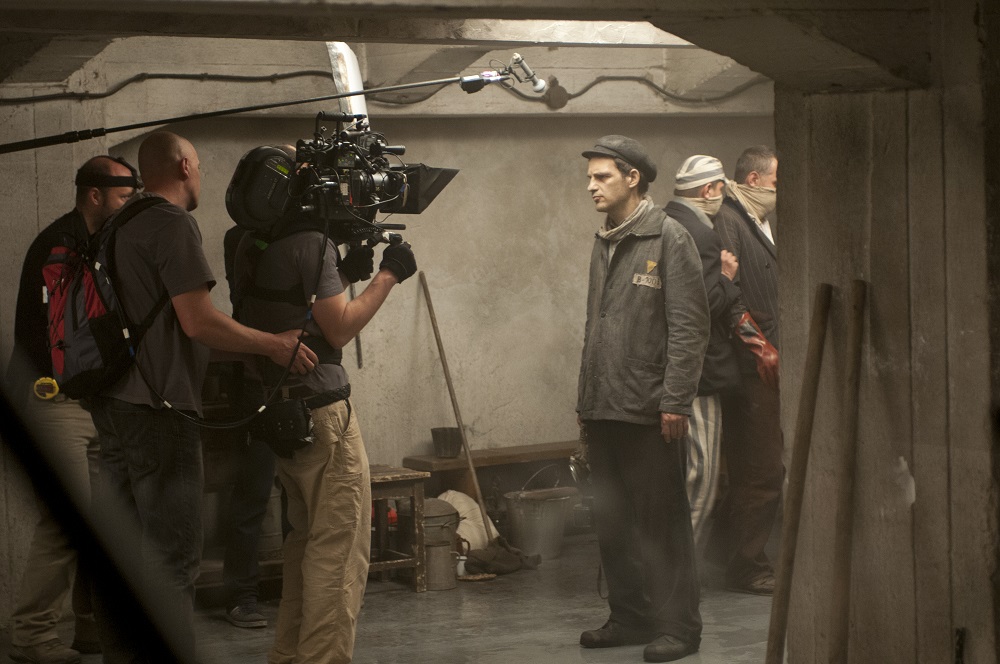 Do you also feel a certain sense of responsibility, more than another project, “to get it right”?

GR: Yeah, of course. I think that oftentimes the subject matter was treated in a way that was not dignified. This is a topic that has been used and abused. Even well-intended. I think that one of the new elements here is that we are not focusing on the exception—2 out of 3 Jews died and most movies are about the lucky third. We wanted to make a movie about the norm.

LN: You have to be very conscious of the ethical issues. The thing is that the Holocaust became an abstraction. I wanted to put the individual at the center of it and say something to the viewer directly, and communicate with the viewer to make him or her understand something about nature of suffering.

Was the formal perspective restriction always part of the project?

LN: Of course. There was no way we would make this film in a classical way. I don’t believe in coverage. I believe in the directorial point of view and directorial choices. The story has to be told in a certain fashion. You don’t direct on the editing table. More, in this project, we knew that it needed…it’s included in the script—the way we film it was infused in the text. We knew it. We wanted to make this portrait of one individual to narrow the field of vision because we wanted to rely on the audience.

What’s the technical difficulty of that? Of the unbroken shot? For you as well, Geza, to not get the break of a cut? Or was it not as technically difficult as I imagine.

LN: It was extremely difficult (laughs). What the shots themselves communicate. Technically, this is the most advanced form of filmmaking that I have encountered.

Because it’s all happening.

LN: It’s all happening. That was an incredible ambition, but it pushes everybody to give the best. But we wanted to immerse the viewer in the world. We wanted to make it understandable in an immediate way that the individual is limited. The individual doesn’t have access to a flow of information. Unlike Holocaust films or period dramas, we are very much in a world of limitations and in a world of lack of knowledge of frenzy and that had to be included. For us, to immerse the viewer, we wanted to create these long shots that made time and space organic, and to be shared with the main character. We actually had the cast and crew immersed in this world. Everyone had the feeling that this was happening. Also, we shot on film, so it gives value to the moment. It gives value to every second of it. 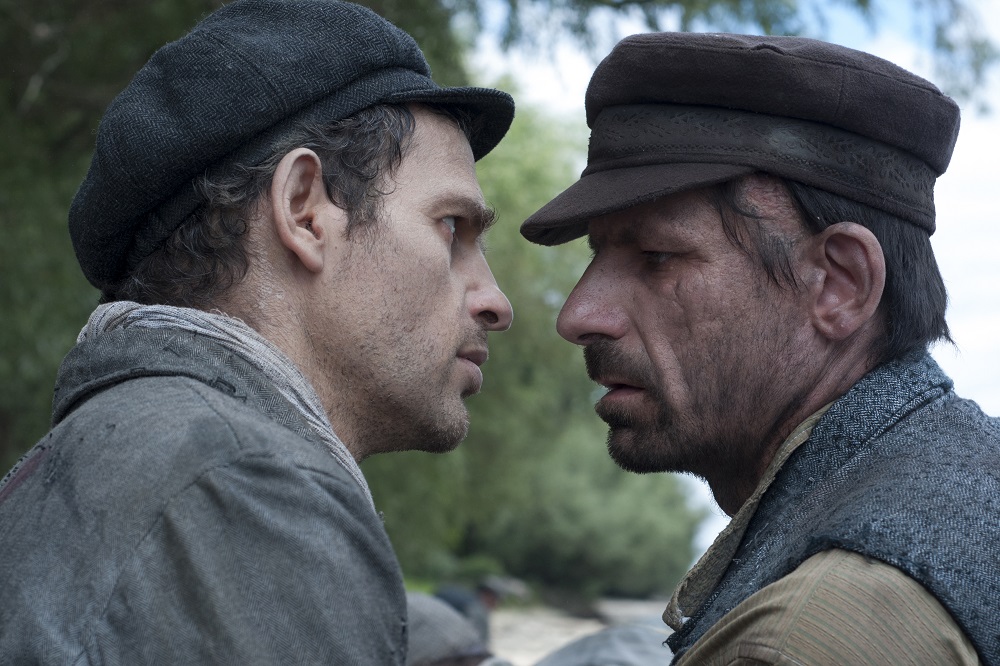 It has to be nerve-wracking as an actor to get every beat right in this long, unbroken shot.

GR: That’s true, but my recollection of the shooting was that I needed to be left alone to a certain degree and Laszlo understood that. I really was focusing on my part. Not to become Geza, at least not during the day.

LN: We didn’t talk that much.

GR: There was no need.

LN: Even after the shoot, I felt it was better.

Did you talk a lot before?

Then you just trust he knew what you wanted?

GR: He had the post production and the sound design too. In so many ways, what I had to face was only part of it.

Why film? Why is that important?

LN: For many reasons. I could take on an entire interview. The fact that we’re losing film, especially in projection, we’re losing a great achievement of civilization. A still image and darkness make up 50% of the experience. The still images become movement in your head. That’s the magic of cinema. That’s part of the experience. If there’s no magic of cinema, you only have the plain imagery of television. We are moving more and more towards a world devoid of meaningful experiences. We’re going to the surface. When you put audiences in front of a 35MM projection of my film, they can have a very visceral reaction. It’s very different. I will have this crusade. If I as a first-time filmmaker in Hungary can shoot my first feature on film and we have 50 prints in the world and 20 in the U.S., I will fight for it. This is something meaningful. I’m fighting for the audience. And, let me tell you, the young generation of filmmakers are very sensitive to it. There’s digital fatigue. When you can do everything, you can actually do nothing.

This is forever? You’ll always shoot on film?

LN: Let me tell you. Let me put it this way: If I have to shoot on digital, I will not make the film.