James Gray on His Personal Vision For "The Immigrant"

In the U.S., James Gray’s debut "Little Odessa," which combined a crime drama with a tale of the strength of family ties, largely got lumped in with the tidal wave of post-Tarantino genre films. Gray’s subsequent follow-ups, "The Yards" and "We Own the Night," earned him more respect, particularly in France, but for me, the director didn’t really find his own voice until his past two films, "Two Lovers" and "The Immigrant." Without the baggage of genre tropes and the reliance on male misbehavior that usually comes with them, it’s easier to see what’s distinctive about Gray’s work. As I suggest in the following interview, Gray’s first three films feel like the work of a devoted cinephile, while "Two Lovers" and "The Immigrant" draw much more from lived experience. "The Immigrant" chronicles the difficult assimilation of Ewa (Marion Cotillard), a Polish emigre who arrives at Ellis Island with her tubercular sister and is helped out by Bruno (Joaquin Phoenix), a seemingly benevolent dance club owner who turns out to be a pimp. Rejected by her family, Ewa gets involved in a love triangle between Bruno and his magician cousin (Jeremy Renner). Shot with muted colors and a sepia tone by ace cinematographer Darus Khondji, "The Immigrant" evokes Kenji Mizougchi’s sorrowful tales of women forced into prostitution, yet it also draws directly on the experiences of Gray’s grandparents, Russian Jews who emigrated to New York in the early ‘30s. It’s his best, most personal film. Given the film-geek nature of much of Gray’s oeuvre, I thought it would be interesting to conduct an interview discussing his inspirations and influences.

To me, your first three films feel very grounded in ‘70s American cinema. Do you think there are more subtle influences that people tend to overlook?

That’s a great question. Well, I would think so. If I had to say, a certain obsession with European and American movies of the ‘50s. Certainly, a lot of people have compared them to Sidney Lumet films from the ‘70s. I have an incredible respect for him, but I never viewed them as inspirations. They were always meant to feel like Italian films from the ‘50s. "The Yards" is completely ripped off from Visconti’s "Rocco and His Brothers." So I’ve certainly stolen from many other places. I love John Ford, particularly his ‘30s and ‘40s films.

Well, Visconti was a big influence on Coppola when he made "The Godfather," and "The Searchers" influenced Paul Schrader’s script for "Taxi Driver."

Really? I never knew about that. That’s interesting. I would say that "The Searchers" works in a very strange way - for me, at least - because I found it corny and there were things in it that I really didn’t like and then the ending came. It was the greatest ending I’d seen in my life. I didn’t understand how the film worked. I almost didn’t like it as it was going on, but in the end, it had this unbelievable effect. It became very rewarding for me. I know that Scorsese loves "The Searchers." You’re certainly right about Coppola with Visconti, with "Rocco" and "The Leopard." All these influences become part of a big soup that you draw from. 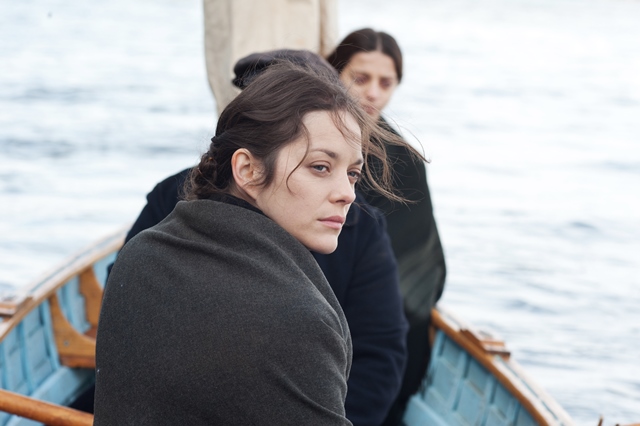 Several of your films explore the theme of people feeling trapped by their families and wanting to rebel but not being able to do so successfully. Without wanting to pry too much, is there an autobiographical root to this theme?

It didn’t start out as a conscious theme, but it must be there. There must be some level of real familial language. I know this sounds like a lie, but I never sat down and said "I’m going to express this part of me." Clearly, what has happened over the past four or five films is that somehow it gets revealed. The idea that the family is this locus of support but can also hold you back and keep you down makes for good drama. It was never a conscious thing, but it’s there. It must be autobiographical.

"Little Odessa" is an explicitly Jewish gangster film. "Two Lovers" deals with a Jewish man’s attraction to Gentile women. Even in "The Immigrant," where the protagonist is Catholic, she becomes involved with two Jewish men. How important is your Jewish background to your filmmaking? In American cinema, Judaism is usually expressed only in comedy.

That’s very true. I don’t know why that is. I guess Hollywood history explains it. A lot of the studios were founded by Jews and there was a degree to which they wanted to hide their Jewishness and make a more mainstream product. There’s never really been a tradition of making films about Jewish themes or using Judaism as a constant. Comedy stems from a Borscht Belt or vaudeville tradition. The idea of a certain Jewishness to my movies is extremely important. I’m thinking consciously about things that didn’t originally come to me that way. I suppose I’m always trying to break down the wall between my characters and myself. I’m trying to make the film as expressive and personal as I can, even if I can’t explain, for example, how important it is for me to be Jewish. It’s important for me to try to remove the wall and reveal myself in the hopes that it’s interesting. Being Jewish is part of who I am. That’s why I had the cops badmouth Joaquin’s character and call him a "kike" {in "The Immigrant."} There was such self-loathing there from the beginning that winds up making its way into who he was as a person. The key to humor is often self-loathing or sarcasm. In a sense, that’s how self-loathing is made palatable.

There’s an interesting article about Adam Sandler in "New York" magazine which talks about his humor as an expression of self-loathing.

I don’t know if you’ve ever had the fortune or misfortune of hanging out with famous comedians.

They’re really dark and angry people. Some of the best ones are that way. There’s a thing about having to cope with a tremendous sense of inadequacy and self-loathing through flippancy. Look at Richard Pryor. There’s a lot of self-loathing and anger in his work, along with genius. So that’s probably why it made its way out in comedy, but I didn’t follow that route. 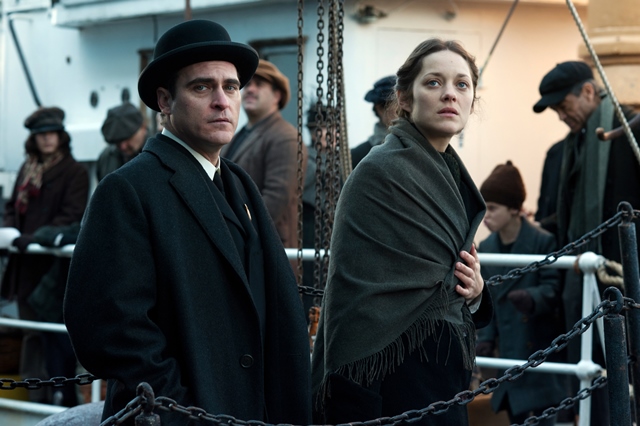 It’s interesting to me that you made "Little Odessa," because in American cinema, Jews are almost never allowed to get violent. The biggest exception I can think of is "Once Upon A Time In America."

Which was not made by a Jewish guy. There was some distance. He was an Italian. It’s very interesting. I’m not sure I know why that’s true. I’d say again that studio heads in the ‘30s and ‘40s were doing everything they could to assimilate. But something like "Scarface," which was clearly about Al Capone, stars Paul Muni, who was a Jewish fellow. In a way, it does a disservice to whitewash some of our history and feeds into the stereotype of the nebbishy, wimpy Jewish guy. I can’t stand that. It’s not the whole picture. Just as it’s a stereotype to perceive blacks as angry pimps, surely its horrendous to see stereotypes of Jewish people going {adopts whiny voice} "I’m called Myron." They’re horrible stereotypes. Meyer Lanksy was a Jewish guy, so there’s a more complicated and interesting experience out there.

How closely did you draw on your grandparents’ experience in "The Immigrant"?

Incredibly directly. The stories about Ewa not knowing how to eat a banana or looking at the plate of spaghetti with meatballs and thinking it’s bloody worms come from them. The monologue that Marion has in the church about the ship from Europe all comes from my grandparents telling me about their experience. The attitude of the customs officials at Ellis Island and neighborhood people came from my grandfather. Maybe I got some details wrong because they’re both dead and I couldn’t consult them. They’re actually in the movie. You see a photograph of them. All of that stuff is autobiography.

Your first three films seem very cinephiliac to me. "Two Lovers" and "The Immigrant" seem much closer to real life. Would you agree with that?

I would agree with that assessment 100%. I think that’s why I like this and my previous film better. But it’s not necessarily because I’m just a film nerd, which I am. It’s because in order to get a film made, you have to put a film in some kind of recognizable context for people to give you money for it. If I had tried to start out my career making "The Immigrant" or "Two Lovers," I never would’ve been able to do it. Can you imagine a pitch meeting for "The Immigrant"? It would be crazy. When I’m 23 years old, I can say that I want to make a film about Russian gangsters who kill people, and investors say "Oh, that’s sexy." So I was able to start building a career only because I could work in a genre context. Since I’ve been able to have a tiny bit of freedom, the films have owed less to movies, because I’ve tried to cut myself off from them. I’m sure I’m going to steal from them anyway, because it’s part of my DNA. "Two Lovers" steals from "Vertigo," "Rear Window" and Kieslowski’s "A Short Film About Love," but apart from "Vertigo," none of that was conscious. For this movie, people say "The Godfather II" and "America, America," but really, the stories are nothing like that. "The Godfather II" just shares the same remote area. "America, America" is about a guy who comes from Turkey and winds up at Ellis Island at the end. It’s very important to be myself. To whatever degree I’ve done that, it’s great. I’m not sure that I have.