On the fourth day of the 2015 Fantasia Festival’s Frontières market, writer-director-producer Graham Reznick is still energized, and still eager to share what he calls his “hilarious elevator pitch” for his new project “The Designer.” “It’s In the Mouth of Madness meets Short Cuts meets eXistenZ... meets Citizen Kane.” And though Reznick says this with a smile, he’s not kidding.

On the market’s first morning, Reznick stood beside his producing partners, Peter Phok and veteran horror filmmaker Larry Fessenden (both from the production company Glass Eye Pix) and told an auditorium full of industry types his plan for a kind of interwoven omnibus film, about a reporter investigating the mystery of a missing video-game inventor. When they finished, Reznick, Phok and Fessenden walked across the street to two adjoining classroom spaces at Concordia University, where for the four days of Montreal’s Frontières, they and 19 other sets of writers, directors and producers sit at small tables and take meetings—20 minutes at a time.

By design, Frontières is an inversion of the usual Hollywood power-dynamic. After making their initial pitch en masse, filmmakers spend the weekend entertaining distributors, financiers, casting agents, and post-production houses, in what’s been likened to a “speed-dating” spin on deal-making. People with money and resources approach the artists with ideas for how they can help. And when the bell dings, they all shake hands, and rotate to another table.

The Frontières market is one of the major ways that Fantasia Fest has been setting itself apart from the dozens of other genre-focused film festivals that keep popping up around the world. Begun in 2012, Frontières aims to be like the Sundance Institute, but for artists who prefer horror and action pictures to muted family dramas and quirky comedies. According to the market’s director Lindsay Peters, “We’re working to build a community—a circuit.”

Writer-director Todd E. Freeman and his co-producer Lara Cuddy know what that’s about. They came to Frontières for the first time last year with their project “Love Sick,” an expansion of a short they’d landed in “The ABCs of Death 2.” They took a shot at Frontières because, according to Cuddy, “We already had the budget and the schedule, we had the cast attached, we had promotional photos, we’d done effects tests. We thought, ‘We've got all this stuff, let’s just put it all together and go and see what happens.’” What happened was that they walked away with something pretty close to full financing; and the Portland-based duo are due to start shooting “Love Sick” in Ontario early next year. 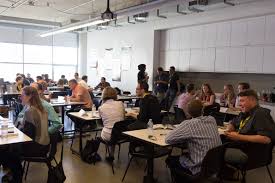 In the meantime, rather than sitting idle, Freeman and Cuddy hurriedly polished up a script for another film, called “The Beautiful”: a racially tinged “southern gothic” drama. They did this mainly because they knew they were coming back to Fantasia, and wanted to have a good answer to the question, “What’s next?” But they ended up landing “The Beautiful” in Frontières too, and shot a proof-of-concept trailer so that they could get the market wheels rolling, Last year, all they really needed was money. This year, they’re getting a fuller sense of all that Frontières has to offer, and have been listening to suggestions about casting and special effects. In just two years, Freeman and Cuddy have represented the gamut that Peters says she wants Frontières to run: from films that are barely out of the word-processor to projects that are just a couple of pieces away from being ready to roll.

Even though Frontières is working toward its own network of alumni, it’s not that common for filmmakers to come back in consecutive years. Frontières is competitive—so much so that Fantasia has added a second edition in Brussels, headed up by Julie Bergeron. (“There was a need for it,” Bergeron says. “Of course, there are many fantastic film festivals everywhere, but organized as a market, this is the only one.”) Only twenty projects are featured in each, and during their four-day weekend, in addition to the initial pitch and the whirlwind sessions of meetings, the filmmakers can participate in seminars focused on specific aspects of the movie business, and targeted networking “power hours” that force people to work past the usual cocktail party cliquishness. (Though Frontières features plenty of cocktails, too.) 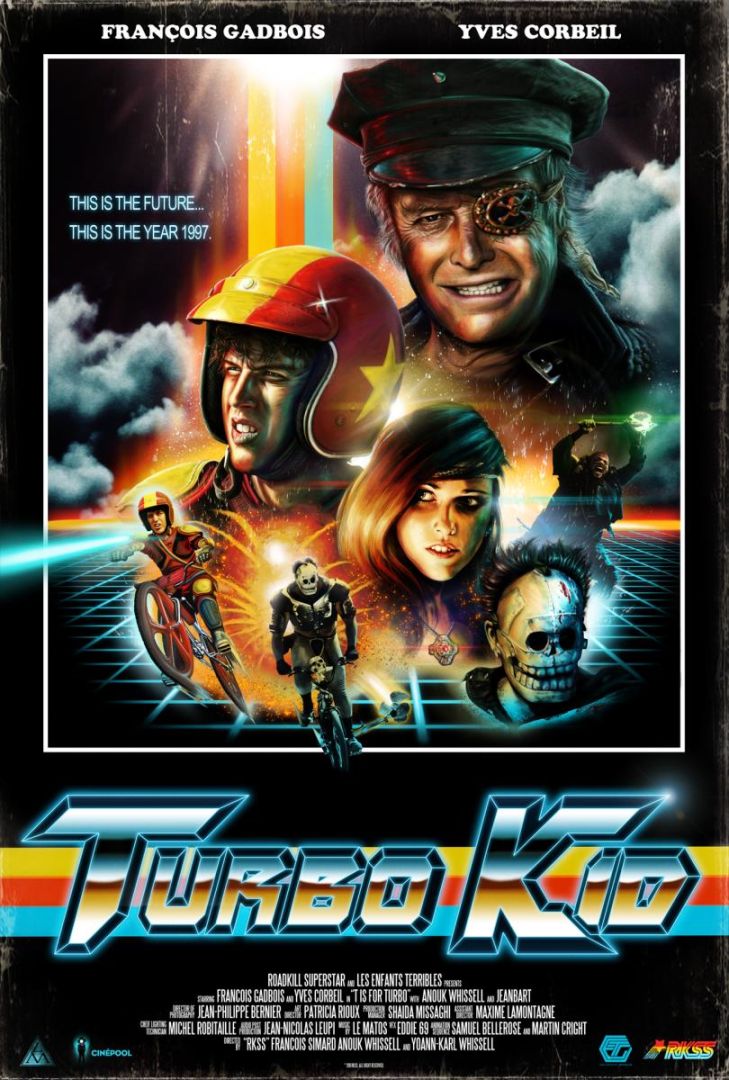 For Reznick, who’s been active in the movie business for over a decade, Frontières has been a new experience. “I'm used to pitching one-on-one and kind of reading people and giving them a sense of the story,” he says. But there he was on Thursday, explaining “The Designer” to a crowd, which included everyone else with a project in the market. He loves that after giving his spiel once, he didn’t have to repeat it to every new person who showed up at his table. “Everyone’s on the same page,” he explains.

One new wrinkle for the 2015 Frontières was an emphasis on works-in-progress—some from earlier markets, and some just from Fantasia-friendly artists. At a Saturday morning event, four sets of filmmakers showed footage from movies in various stages of completion, from the documentary “78/52” (an in-depth historical and critical analysis of the shower scene from “Psycho”) to the genre-bending “Bad Blood” (a lysergic horror/detective hybrid about rapidly mutating “were-frogs”). Then there are the completed films that came up through the market, like the 1980s sci-fi throwback “Turbo Kid,” which was a part of the very first Frontières in 2012 (after being born of a short in the first “The ABCs of Death” anthology). After a successful festival run that kicked off earlier this year at Sundance, the creators of “Turbo Kid” took a victory lap of sorts at Fantasia, with a sold-out screening on Thursday and a “how we did it” panel on Friday.

This is all partly an extension of what Peters means when she talks about building up a Frontières community. Reznick says that he was encouraged to enter the market this year by Phok, who attended the Brussels edition earlier this year and was so excited by what he saw that he wanted to be a part of it. As Freeman explains, there’s an element of support and renewal to Frontières, especially for those who attend Fantasia every year. “Everyone sort of meets back up here to see what’s coming next,” Freeman says.

But there’s also a real effort being made here to change the way that all the components of the filmmaking process interact. One of the goals trying to make the process more efficient than even the recent crowd-funding craze (which is often more about accumulating money than in using it wisely). Reznick admits that he and his Glass Eye cohorts came to Frontières mainly seeking financial backing, since they already have a network of collaborators and partners that can get a movie made. But he adds, “The interesting thing about this market is not what we came here looking for, but what we’ve learned we actually need.”

The team behind “The Designer” have talked with agents who could possibly get a bigger-name actor to do a few day’s work in one of the film’s many small roles, to help raise its profile. And they’ve talked with players in the foreign markets, who’ve given them some idea of what they can do to make “The Designer” easier to sell abroad. 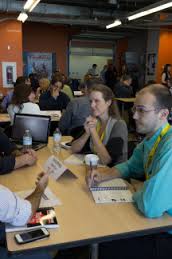 “It’s not that it's going to affect necessarily the content of the film,” Reznick says. “But just getting involved with international sales people ahead of time means that I know when we make this movie it’ll be seen in France, or wherever. Which is great, because making movies in a vacuum is not a great way to do it.”

Unlike Sundance or the Toronto International Film Festival—where distributors sometimes try to shut out all other bidders by making pre-emptive offers—Frontières is more like an ongoing conversation, which might blossom into something days, months, or even years after Fantasia ends. On day two of this year’s Frontières, the wrestling-themed horror project “El Gigante” sold to Raven Banner Entertainment, but those kind of announcements are rare, at least during the fest. (Peters notes that after the “El Gigante” announcement, the sales action heated up more than it ever has at Fantasia, but a lot of that’s being kept private for now.)

Instead, the vibe at Frontières is more social than mercenary. On the last day of the market, Reznick confesses that he’s talked so much that his throat is sore, and he jokes that, “Someone needs to invent a pill that makes your voice not disappear during a film festival.” But he’s also certain that he’s accomplished something here. Even if nothing immediately comes of the 20-minute blitz-meetings and cocktail party chit-chat that he and Fessenden and Phok have done all weekend, “It’s still a win.” At the least, they’ve met people who might be able to pitch in on the next Glass Eye project.

“And why not hear their ideas?” Reznick says. “It all only helps.”