Agnès Varda, the great filmmaker and key trailblazing figure in France's Left Bank movement, will become the first female to receive an honorary Palme d'Or from the Board of Directors of the Cannes Film Festival. Varda will receive the prestigious accolade during the Closing Ceremony of the festival's 68th installment on Sunday, May 24th. In light of the three directors who have previously received this award—Woody Allen in 2002, Clint Eastwood in 2009, and Bernardo Bertolucci in 2011—Varda has quipped, “And yet my films have never sold as much as theirs!” The award is given to renowned directors whose works have achieved a global impact but who have nevertheless never won the Palme d’Or.

A photographer, screenwriter, actress, director and visual artist, Varda is a versatile genius whose insatiable curiosity has led her into a wide variety of projects, each of which she somehow turns into gold. Born on May 30th, 1928, she studied photography at the Avignon Festival, where she was mentored by Jean Vilar. She chose two actors from the French People’s National Theatre—Sylvia Montfort and Philippe Noiret—for her first feature film, "La Pointe Courte," which was edited by Alain Resnais. In retrospect, everything that would later make the New Wave such a success can be detected in this 1954 work. 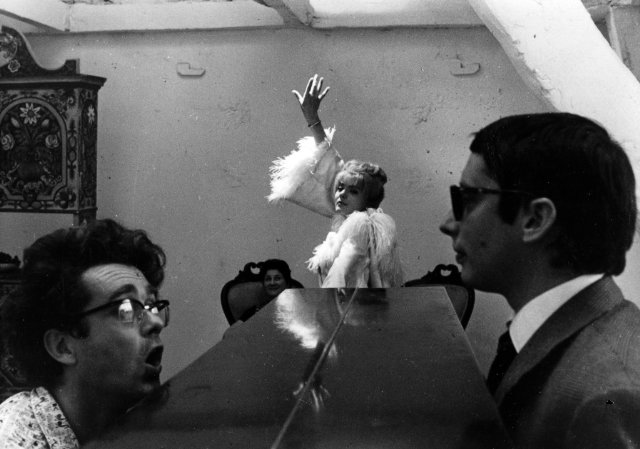 But it was in 1961, with "Cléo from 5 to 7" that Varda first came to prominence. She then won official recognition in 1965 when the Prix Louis-Delluc was awarded to her film "Le Bonheur" ("Happiness"). A born maverick and inspired by her travels and spontaneous whims, Varda moved at will from short to long films and from documentary to fiction, covering every subject under the sun: "Mur, murs," "Daguerréotypes" and "Jane B par Agnès V" reveal the extent of her poetic imagination while her fictional work, including "One Sings, the Other Doesn’t" and "Vagabond" (Lion d’or in Venice in 1985), offer up uncompromising takes on everyday social reality.

After the death of her life partner, Jacques Demy, she made three films in his memory, including the very moving "Jacquot de Nantes." In 2000, she made "Les Glaneurs et la Glaneuse" ("The Gleaners and I"), alone while utilizing a digital camera, and in 2006, she turned visual artist-cum-set designer for an exhibition dedicated to her at the Cartier Foundation, entitled l’Ile et elle. Two years later, her autobiographical work "Les plages d’Agnès" ("The Beaches of Agnès") picked up the César for best documentary.

In his four-star review of the 2008 film, Roger Ebert wrote, “Dear Agnès Varda. She is a great director and a beautiful, lovable and wise woman, through and through. It is not enough that she made some of the first films of the French New Wave. That she was the Muse for Jacques Demy. That she is a famed photographer and installation artist. That she directed the first appearances on film of Gérard Depardieu, Phillipe Noiret—and Harrison Ford! Or that after gaining distinction as a director of fiction, she showed herself equally gifted as a director of documentaries. And that she still lives, as she has since the 1950s, in the rooms opening off each side of a once-ruined Paris courtyard, each room a separate domain. That is not enough, because her greatest triumph is her life itself.”

As an emblematic figure and artist unlike any other, she serves as a role model for the younger generations: her work and her life are infused with the spirit of freedom, the art of driving back boundaries, a fierce determination and a conviction that brooks no obstacles. Simply put, Varda seems capable of accomplishing everything she wants.