"Mondo Bava," the Quad Cinema's new retrospective of movies directed by Italian filmmaker Mario Bava, poses an interesting challenge: what qualities are uniquely “Bava-esque”? His films formative stylistic rigor and a unique visual style that has influenced filmmakers like Martin Scorsese, Quentin Tarantino, William Friedkin, Tim Burton, Dario Argento, John Carpenter, Joe Dante, Sean Cunningham and many more. And there are common thematic preoccupations, character traits, and narrative tropes that run throughout his genre-spanning filmography. But did Mario Bava, a filmmaker who frequently shrugged off praise for his work, have a unifying vision? What did Bava achieve in his films beyond crafting indelible set pieces, and a myriad of invisible technical innovations?

The Quad's programmers showcase Bava's versatility and range as a director just by including work from multiple genres, like "peplum," or sword-and-sandal ("Hercules in the Haunted World," "Erik the Conqueror," "Knives of the Avenger"); "giallo," or murder-mystery ("Blood and Black Lace," "The Evil Eye," "A Bay of Blood"); and western ("Roy Colt and Winchester Jack"). But in addition to his work in the director's chair, Bava took on various roles behind-the-camera, including cinematographer, screenwriter and special effects creator. But many of the technical contributions that he's credited with were achieved through collaboration with artists like cinematographer Ubaldo Terzano, and special-effects designer Carlo Rambaldi.

Bava was the first Italian director to extensively storyboard his films, as he did with "Black Sunday," his first solo directorial credit. He chose and had final say over many creative decisions on his productions, especially the careful blocking and lighting of his films, and the use and creation of many maquettes and multi-layered matte paintings. But Bava was famously shy, and did not always take credit for his various artistic contributions. He took after his father Eugenio in this way, as Bava expert Tim Lucas exhaustively details in his definitive biography All the Colors of the Dark. Eugenio was also a sculptor turned filmworker that contributed to such historic Italian films as "Cabiria" and "Quo Vadis."

Eugenio's roles on various films was not limited to cinematographer or special effects but also to direction and screenplay-writing. He innovated several techniques, like a "reflex camera system" that allowed camera operators to see with precision, using a complex series of mirrors, exactly what they were shooting. But Eugenio never patented his inventions, and was loathe to boast about them because, as Lucas writes, "[Eugenio] held the conviction[...]that artistic talent was a blessing from God and should only be used in the service of God, or in the service of one's fellow man, and never for personal glorification[...]to place one's own name before, or on equal footing with, the work itself, he considered a form of sacrilege." 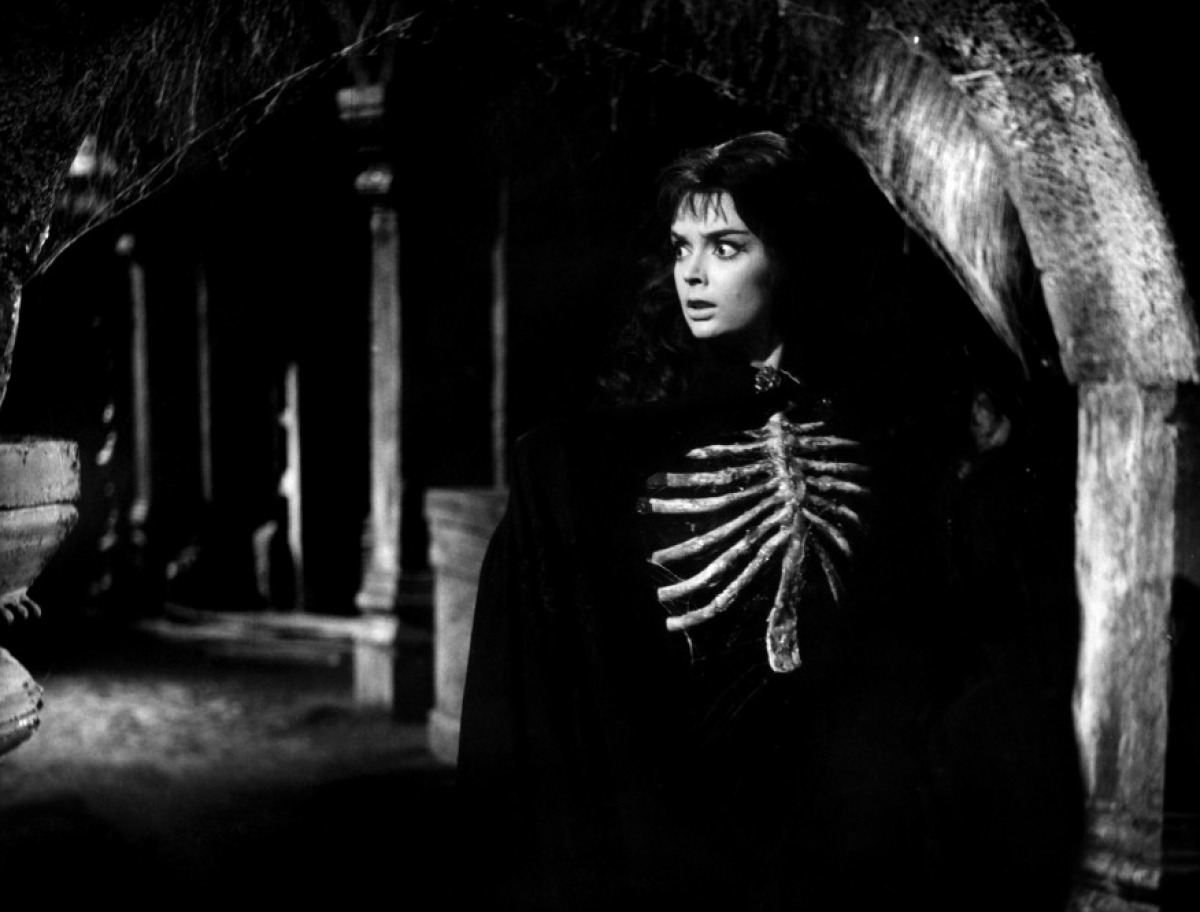 Mario admired Eugenio, and was every bit his father's son. He started his filmmaking career as a troubleshooting cinematographer who went on to finish directing a couple of troubled productions like "I Vampiri," "Caltiki, The Immortal Monster," and "The Giant of Marathon." Bava's problem-solving skills are ultimately what led Gallatea studio executive Nello Santi to offer him carte blanche to make "Black Sunday," a very loose adaptation of The Viy, Nikolai Gogol's classic novella. But Bava's contributions to a film like "Black Sunday" are simultaneously considerable, and hard to pin down. We can say that Eugenio contributed some of the film's signature look since he contributed a number of practical effects and props for Mario's debut, including the famous Iron Maiden-like Mask of Satan that is hammered onto actress Barbara Steele's face in the film's iconic opening scene. And production designer Giorgio Giovannini, who created many of the film's forbidding sets for its shoot on the Titanus Appia Studios soundstage, deserves credit as well. Cinematographer Ubaldo Terzano would also have a decisive role in determining the film's look, which was inspired partly by the darker scenes from "Snow White and the Seven Dwarfs" since Italian horror films were not common or influential in Italy at the time.

Eugenio, Terzano and Giovannini would have decisive roles in a number of future Bava films, including "Black Sabbath," "The Girl Who Knew Too Much," "Blood and Black Lace," and "Planet of the Vampires." But again: what is Bava-esque style if not the expression of its director? Many Bava films concern the decadence and ruthlessness of the upper classes, and the unreliable nature of appearances. His protagonists often uncover vast conspiracies that implicate people they thought they knew, or precipitate the repetition of grisly historical crimes. The superstitious and easily suggested often fall prey to the cynical, and jaded. Mirrors and the glassy surface of water are common visual themes since the former casts an unbroken reflection, while the latter's surface can easily be disrupted by the introduction of anything from a dead fly to a skipping stone. Sex appeal is often palpable, though Bava did not relish filming nudity or the sex act. And violence is a constant presence. Anyone can die at any time, including actors and characters that Bava leads viewers to think are safe. Life is full of many such cruel ironies. 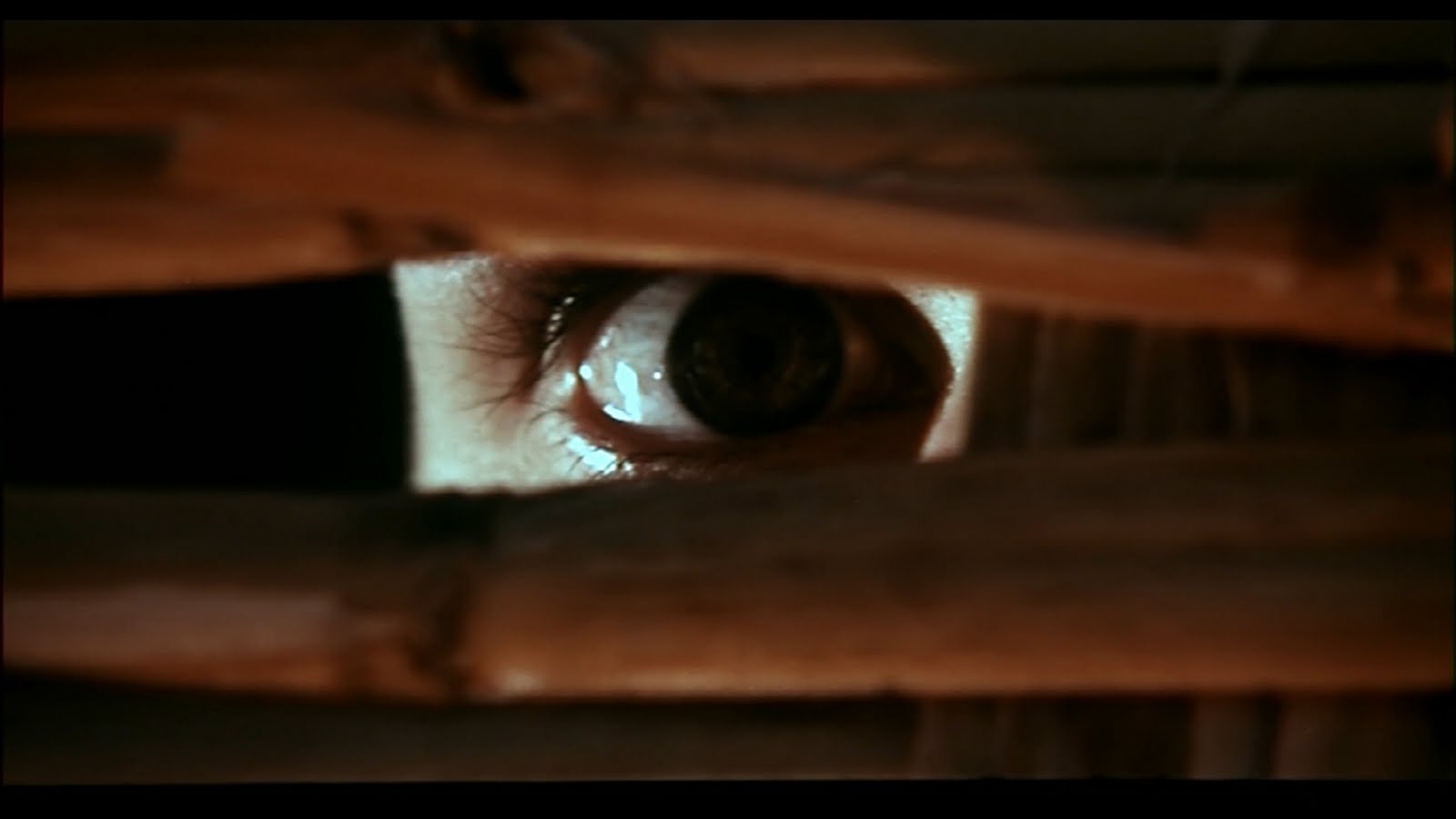 Horror is, in this context, cathartic, but only to a point. It's a means of sustaining a certain mood, and exorcising demons that Bava, who by most accounts was a good-humored, reserved man, could not otherwise express. Bava took pleasure in the act of doing, and wore the failure/successes of his films lightly. The screenwriters of "A Bay of Blood," the film whose domino-style series of murders was a huge inspiration on "Friday the 13th," remember the delight that Bava took in listing various ways to kill his characters, including impaling two lovers with a spear as an entomologist might pin down a beetle (just like the makers of "Friday the 13th, Part 2" would later do). And indeed, many of the most memorable scenes in Bava's films are more concerned with ambiance and mood than with psychological complexity or character development. Lucas likens Bava to jazz innovators Miles Davis and John Coltrane in that given their mutual ability for "breaking away from the traditional strictures of melody and rhythm to explore the possibilities of mood, invention, and atmosphere."

So, it's no wonder that when we think of Bava, we often think of magenta and turquoise lighting, lithe tracking shots, eye-catching crash zooms, and subjective point-of-view shots. Bava's films are, if judged solely on the complexity of narrative development and character depth, not especially remarkable. But when you consider the way that they are about what they are about, you will find Bava to be a challenging modernist whose chosen field happened to be genre cinema. He conjures dread simply by following an actress down a claustrophobic hallway. He creates the illusion of infinite space using dollies, and crane shots, and boundary-pushing use of negative space. And then he reminds viewers of the limits of their vision by blocking our view of events using sculptures, ornate furniture and other obstacles. For "A Bay of Blood," Bava went to a florist to buy more plants and trees to populate the title location. He was, according to Lucas, much more comfortable working on soundstages so as to better control the composition of his films' environments. But the exterior shots in "A Bay of Blood," "Lisa and the Devil" and "The Girl Who Knew Too Much" prove that Bava could just as easily find menace and dread in the real world as in artificial landscapes.

Then again, while Bava was serious about his trade, many of his movies are undercut by macabre humor. The last killers standing in "A Bay of Blood" are children, and, as Lucas points out, they get to maintain their innocence since they think that the parents that they just shot down are only "playing dead." Then again, many Bava characters are victims of their own greed, or conspiracies. There are often morals guiding these films, even in "Danger: Diabolik," a rococo comic book adaptation about a professional thief. By letting John Phillip Law's masked criminal wink at viewers after being drowned in liquid gold, Bava reminds viewers that his movies are all in good fun. But it's telling that Bava, as film historian Troy Howarth argues in The Haunted World of Mario Bava, leaves Diabolik buried alive. 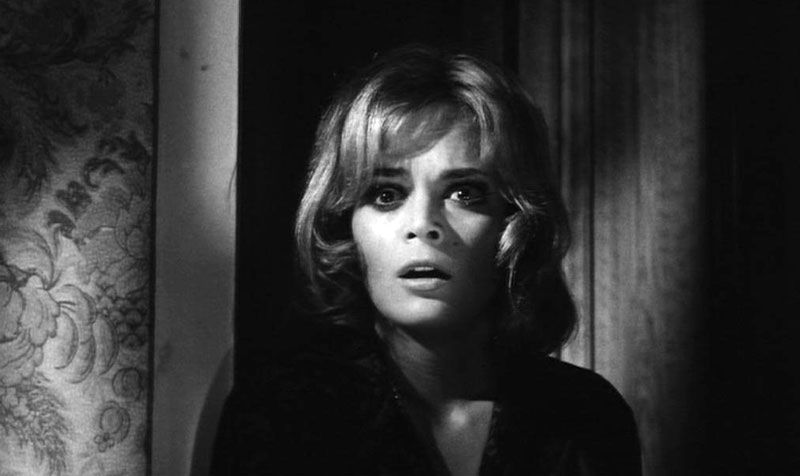 You can also find incredible displays of Bava's technique outside of the thriller/horror genre in films like "Knives of the Avenger," "Planet of the Vampires" and even "Danger: Diabolik," the latter of which is the only Bava-directed film to be riffed on in cinematic variety show "Mystery Science Theater 3000." You'll find several techniques that are just as good as signatures in these films, like Mario's use of the Eugenio-created water lens that signaled characters' transitions into daydreams, hallucinations, or other projections of their subjective mind. You'll also find your eyes poring over Bava's advanced mise en scene, or the way he arranges objects within his camera's frame.

Bava is a master filmmaker, even if his films sometimes feel slight. The trick to appreciating his films is to meet them at their advanced formal level. They are not exercises in style over substance, but rather products of a filmmaker who saw genre films as a vehicle for stylistic advances. Learning how to watch for Bava-esque qualities will, without undue exaggeration, retrain your brain to see movies in a garish new light. They'll also encourage you to build your own canon of favorites since his work is so diverse, and eclectic. Bless the Quad for their new Bava series, a fine opportunity to beat the heat, and revel in the uniquely cinematic ecstasies of a master craftsman.

Mondo Bava runs at the Quad Cinema in NYC from July 14-25. For more information, click here.