"Jeff Nichols brings 'Loving,' 'one of the most pure love stories in American history,' to Cannes": As reported by Chris Knight of National Post.

“It isn’t often that a question at a press conference proves as telling as the answer. But that was the case Monday at the Cannes Film Festival after the world premiere of Jeff Nichols’ film ‘Loving,’ about a mixed-race couple, Mildred and Richard Loving, who were threatened with jail time and banished from Virginia for getting married in 1958. The Lovings were the subject of a Life magazine photo essay at the time, and a Supreme Court case that ultimately struck down prohibitions on mixed-race marriages. ‘I was surprised what a big emotional impact it had on me,’ said Chaz Ebert, prefacing a question to Nichols. ‘In the black community, growing up in Chicago, I remember those pictures in Life magazine. I remember the stigma of not just interracial marriage but interracial dating. And in law school, Loving v. Virginia was one of the biggest cases I studied before I did some civil rights litigation.’ In addition to her law degree, Chaz is well known as the wife of film critic Roger Ebert, from 1992 until his death in 2013. She attended Cannes for many years with him. This is her fourth such festival without him. ‘Loving’ is a quiet film, focusing closely on the couple, played by Australian actor Joel Edgerton and Ireland’s Ruth Negga (soon to be seen in Warcraft). Edgerton noted the absence of high-fives in the courtroom, or a big party to celebrate the victory. ‘A lesser screenwriter … might have rearranged the truth to make it more Hollywood. There was something very simple about the truth.’” 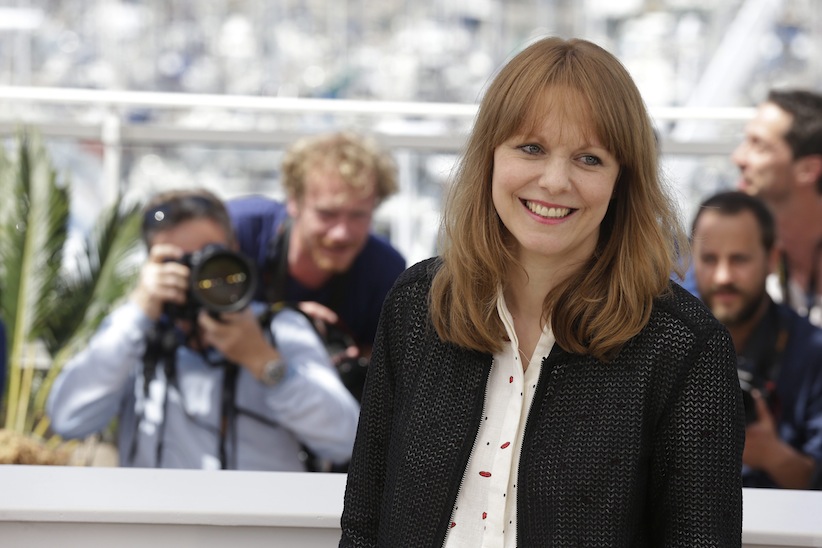 "'Cherchez la femme' in Cannes": At Macleans, Brian D. Johnson reports on the fight for gender equality in cinema.

“Cherchez la femme, that retro French slogan, has taken on a whole new twist in Cannes. Women have never had trouble finding the spotlight at this, the mother of all film festivals, from actresses on the red carpet to a vintage image of Marilyn Monroe or Faye Dunaway on a festival poster. But finding female directors is another matter. In both 2010 and 2012 there wasn’t a single film made by a woman considered worthy to compete for the Palme d’Or. Last year, there were two. And at the current 69th annual edition of Cannes, among 21 features in the main competition, there are three, still a paltry share. But this year, issues of gender politics have leapt to the fore, with women stirring things up behind the camera, in front of it, and in the conversation. Although it’s too early to be making Palme d’Or predictions (at the midway point in the festival), one of the competition’s three female-directed movies appears to be one of the most popular contenders so far: ‘Toni Erdmann,’ a moving and hilarious father-daughter comedy by German filmmaker Maren Ade. Audience reaction to the film went through the roof, with spontaneous eruptions of applause midway through both the press screening and the black-tie premiere. There is even a cautious festival buzz about possibility that Ade could become the second woman in Cannes history to win the Palme, after Jane Campion who won for ‘The Piano’ in 1993. But winning for a comedy is even rarer in Cannes than at the Oscars, never mind a comedy by a woman.” 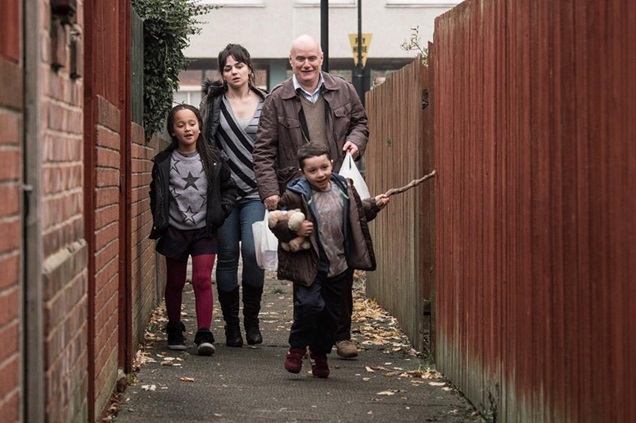 “[Gleiberman:’] Well, Peter, we’re six days into the festival, and as always the holy grail I’m searching for is a movie that wows me as a work of art, but that also looks like it can wield a significant impact in the world beyond Cannes. Last year, two such movies played early on in the festival: Todd Haynes’ ‘Carol’ and ‘Mad Mad: Fury Road.’ This year, I don’t think there’s been anything comparable — Woody Allen’s ‘Café Society,’ for instance, which was the opening-night film, is one of his suavely crafted but minor ersatz-romantic baubles. For me, though, the closest thing to the ideal I’m talking about has probably been Ken Loach’s ‘I, Daniel Blake.’ It’s the story of a Newcastle carpenter who’s falling between the cracks of the British welfare state, but it’s really about something more global: the fraying of the social safety net in our time. It may be the first Loach film that, I think, can speak to a relatively wide audience in a crowd-pleasing, populist way.’ [Debruge:] ‘It’s funny to encounter a movie like ‘I, Daniel Blake’ at Cannes — not surprising, mind you, since Loach (now 79) has sort of a standing invitation to premiere whatever he makes in competition, but funny in that Cristi Puiu (the great Romanian director of ‘The Death of Mr. Lazarescu’) essentially told the same story — about how a decent man is let down by ‘the System’ — better 11 years ago, but is now here with a new and far more challenging work, ‘Sieranevada.’ Loach, like Allen, seems to have slipped backwards into easy, Hallmark-caliber treacle. ‘Sieranevada’ is one of a trio of films in competition whose running time veers dangerously close to three hours, and in its own way feels like a riff on a film by a more nuanced British realist. That would be Mike Leigh’s ‘Secrets and Lies.’ At any rate, it’s my least favorite of the three slice-of-life epics on offer, the other two being Maren Ade’s ‘Toni Erdmann’ and Andrea Arnold’s ‘American Honey.’” 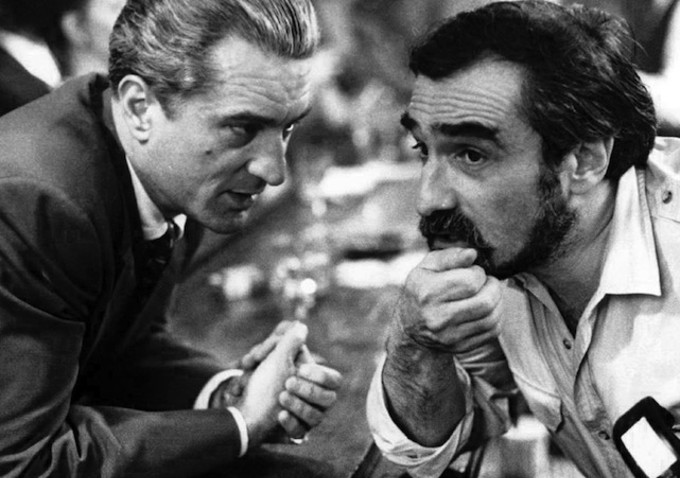 “It’s a question, as always, of supply and demand. There are plenty of low-budget indie movies available, but higher-quality, mid-budget, more commercial fare aimed at general audiences is hard to come by. And so in recent years the market has radically shifted. Now companies have to buy at earlier stages, hoping to affect the productions to a degree, but mainly they have to place their bets ahead of the competition. The great reveal at Cannes — the most surprising buy of all — was STX Entertainment acquiring international rights before production had even begun of Martin Scorsese’s ‘The Irishman’ in the Cannes market. No footage. Scripts have been passed around, not final. Just a handful of semi-attached major movie stars —Al Pacino, Harvey Keitel, and Robert De Niro, who was saluted by the festival Monday night with a screening of Weinstein Co.'s mainstream Roberto Doran biopic ‘Hands of Stone,’ co-starring Edgar Ramirez—and auteur Martin Scorsese directing a mob hitman script by Oscar-winner Steve Zaillian (‘Schindler’s List’). And this was on top of paying $9 million for U.S. and foreign rights to Aaron Sorkin's directorial debut, poker movie ‘Molly's Game,’ starring Jessica Chastain and Idris Elba.” 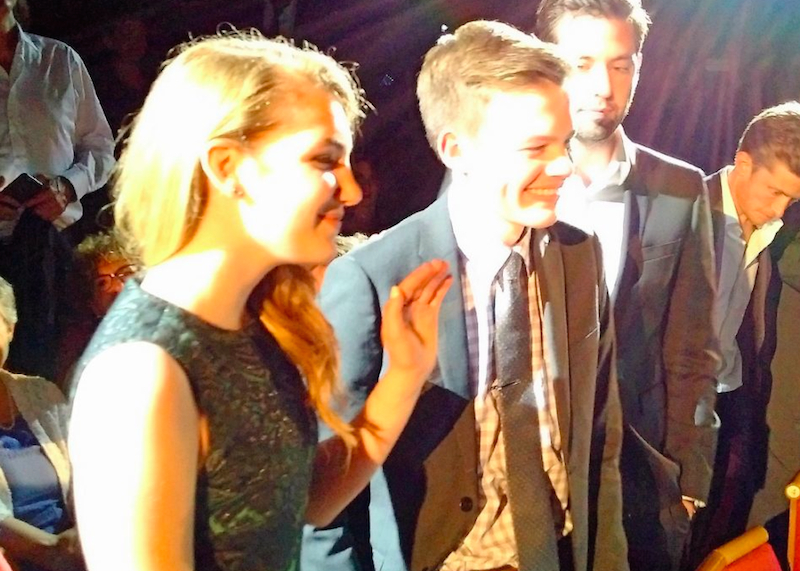 “Morlando draws great performances out of his two young leads, Quebec’s [Sophie] Nélisse and America’s [Josh] Wiggins, who are like fugitives out of a French New Wave film, discovering love while also hatching a plan on the run.They’ve had to suddenly leave their rural homes, in the mythical U.S. state of Great Lakes (according to car licence plates), because Jonas has grabbed a big bag of cash from Casey’s abusive bad-cop dad Wayne ([Bill] Paxton), after furtively witnessing a criminal betrayal that turns into a bloodbath.The two teens take off, with Casey’s dog in tow, but Wayne isn’t far behind. Neither is the chief (Colm Feore), Wayne’s police superior but equal partner in malfeasance. The road ahead has twists and so does the story. As good as the two teen actors are — Nélisse, 16, reminds me of Anna Karina from Jean-Luc Godard’s ‘Band of Outsiders’ and Wiggins, 17, is like a young Matt Damon — they’re almost outdone by the menacing brilliance of seasoned players Paxton and Feore, who don’t often do villains this hiss-worthy.Paxton is particularly good at being bad, as Director’s Fortnight artistic chief Edouard Waintrop observed in a pre-Cannes interview.He quoted Alfred Hitchcock in observing that ‘when you’ve succeeded in creating the bad guy, the movie has a chance to be a good one. And we can tell you that Bill Paxton in ‘Mean Dreams’ makes a wonderful villain.’” 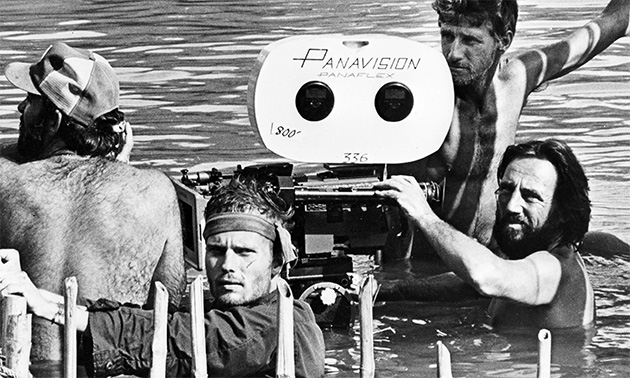