Christopher Lee rarely played the good guy, hardly ever got the girl, and more often than not did not live to see the end credits. And yet audiences were drawn to him, and sometimes found themselves rooting for his characters to triumph over the heroes.

Lee passed away at 93. In a career that spanned eight decades and saw him working practically up to the end of his life, he appeared in close to 300 films that ranged in quality from masterpiece to virtually unwatchable. No matter how bad the film might have been, however, his undeniable screen presence—the hypnotic eyes, the sonorous voice and the imposing height—and ability to bring a tinge of menace to even the most implausible of scenarios made him an icon to several generations of film fanatics, many of whom would grow up to make films that they could then cast Lee in as tribute. To them and all other fans, his loss is a cruel blow that is only partially alleviated by the fact that he was able to leave such a long and rich screen legacy behind.

He was born on May 27, 1922, in England, to a career military man and an Italian countess. After attending school and working as an office clerk, he enlisted in the Royal Air Force during World War II and also worked for British Intelligence. After the completion of his service, he used a family connection to join the Rank Organization, one of England's leading film production outfits, and began training as an actor. He made his screen debut in 1947 in the melodrama "Corridor of Mirrors" and over the next decade or so, he made a number of relatively undistinguished appearances in films such as Laurence Olivier's "Hamlet" (1948), "The Crimson Pirate" (1952), "Moulin Rouge" (1952), where he played Georges Seurat, and "Beyond Mombasa" (1956). During this time, he also worked as a voice artist dubbing foreign-language films into English, including Jacques Tati's "Monsieur Hulot's Holiday." 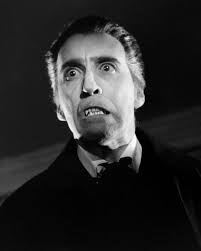 Lee complained that he was oftentimes shut out of good parts because of his 6'5" height, but, in 1957, he would get his first big breakthrough in a role in which his stature would prove to be an asset rather than a liability—the monster in "The Curse of Frankenstein," upstart studio Hammer Films' attempt to reinvigorate the classic story with gaudy colors and gore. It proved to be a huge hit around the world and much of its success was due to Lee's performance. Like Boris Karloff before him, he recognized that the monster was more of a victim than a villain (that would have be Dr. Frankenstein, played here by Peter Cushing, who would be a frequent co-star of Lee's over the years) and found sympathetic notes that lent an oddly human quality to a creature who was, in the end, a collection of spare parts.

The next year, he would return to Hammer to revive another iconic horror character, Dracula, and the result, "Horror of Dracula," would go down as one of the greatest vampire films of all time, and make him an international star. Like "The Curse of Frankenstein," this film was also presented in full color (the first time for a Dracula film) and with sexual and violent material brought to the forefront. Despite abundance of heaving bosoms and dripping blood, Lee once again stood out thanks to his very physical and overtly sexual approach to the part. His work in the role was as distinctive as the legendary Bela Lugosi's, and all the more impressive since he did not have many lines. (His initial appearance ranks right up there with Orson Welles' in "The Third Man" as one of the great character entrances in screen history.) 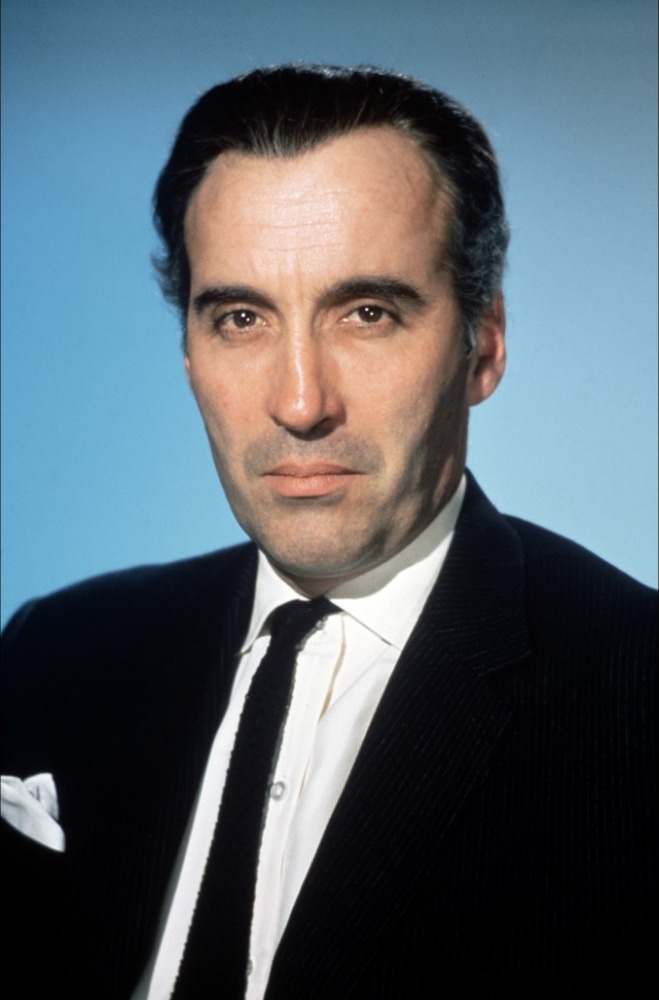 From that point on, Lee worked steadily in films made in Europe and America, ranging from big-budget spectaculars to low-budget oddities. To go through them all here would be an impossibility, but there are some obvious highlights. In 1959, he completed the horror character trifecta by taking on the title role in Hammer's version of "The Mummy" and then played Sir Henry Baskerville in "The Hound of the Baskerville"—this would begin a screen association with Sherlock Holmes that would see him playing Holmes in "Sherlock Holmes and the Deadly Necklace" (1962) and in a couple of TV movies and his brother Mycroft in Billy Wilder's "The Private Life of Sherlock Holmes" (1970). He turned in one of his best performance for famed horror director Mario Bava in the dark and kinky "Whip and the Body" (1963) and played Sax Rohmer's immortal villain Fu Manchu in "The Face of Fu Manchu" (1965), a character that he would play in five more films. He portrayed Rochefort in the hit 1973 film version of "The Three Musketeers" and would return to the part in "The Four Musketeers" (1974) and "Return of the Three Musketeers" (1989). Later in 1973, he would appear in one of the best films of his career as the leader of a deceptively benign Scottish island community in "The Wicker Man."

Around this time, he moved to America and tried to shift away from cheap horror films into more respectable material, although he would still turn up in the likes of 1977's "Meat Cleaver Massacre." Lee got to go up against James Bond in "The Man with the Golden Gun" (1974) as the superfluous-nippled assassin Scaramanga, and while the result was one of the lesser films in the series, he was great nevertheless. Lee was one of the passengers trapped under the sea in "Airport '77," and hosted an episode of "Saturday Night Live" that included a sketch that found him portraying Death and trying to explain the concept to a little girl. He was part of the all-star cast assembled by Steven Spielberg for his World War II comedy epic "1941," and to see him, Toshiro Mifune and Slim Pickens together in the same frame—doing dialogue humor, no less—is an astounding sight to behold.

In the 1983 Gothic horror-comedy hybrid "House of the Long Shadows," he appeared alongside such fellow genre icons as Cushing, Vincent Price, John Carradine and Desi Arnaz Jr. In that same year's musical-comedy-superhero epic "The Return of Captain Invincible," he played a super-villain out to destroy the titular hero (Alan Arkin). He worked so often (he made no less than nine films in one year twice, in 1955 and 1970) that it seemed as if he never turned down a part. But he did say no to a few, including Grand Moff Tarkin in "Star Wars" (which went to Peter Cushing) and Dr. Loomis in "Halloween," a decision that he would later call the biggest regret of his career. 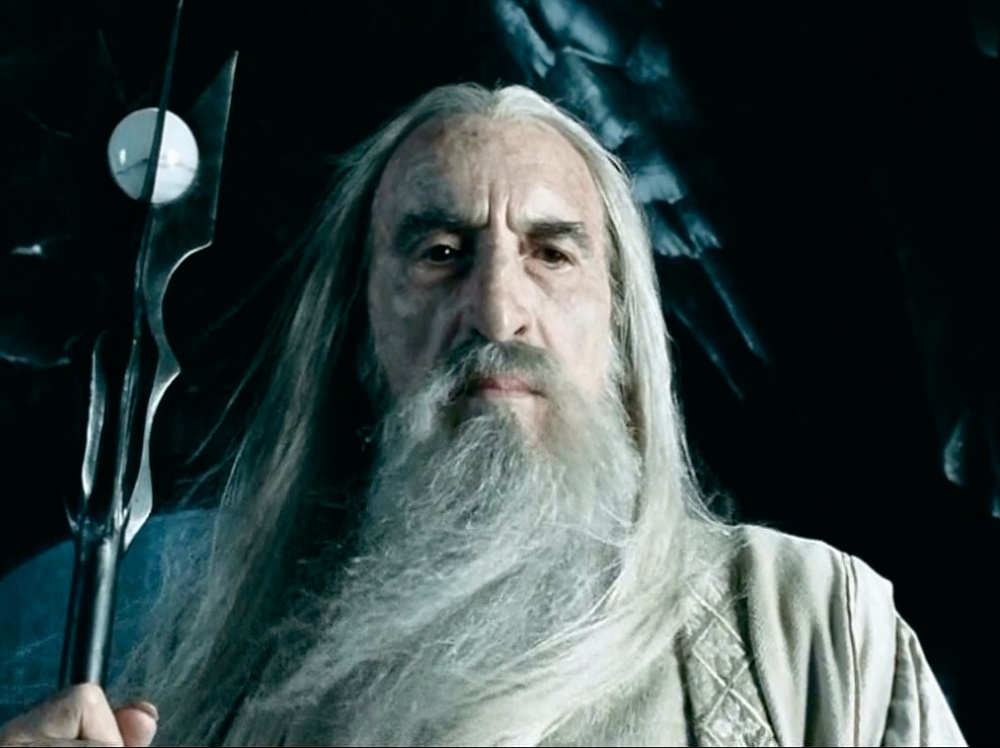 Lee's work over the decades earned him a large and loyal fan base, and when some of them went on to make films of their own, they would oftentimes cast him as a way of paying tribute. John Landis included him in "The Stupids" (1996) and "Burke & Hare" (2010) and interviewed him for his book "Monsters in the Movies." Joe Dante brought him in as a mad scientist in his hilarious "Gremlins 2: The New Batch." Martin Scorsese cast him in a brief but memorable role in "Hugo" (2011). Of these collaborations, the most notable was the one that he formed with Tim Burton that led to his appearances in "Sleepy Hollow" (1999), "Charlie and the Chocolate Factory" (2005), "The Corpse Bride" (2005), "Alice in Wonderland" (2010) and "Dark Shadows" (2012).

At an age where most actors would have retired, Lee topped off his career by appearing in two of the biggest film franchises of all time. Peter Jackson brought him in to play Saruman in the first two parts of his "Lord of the Rings" trilogy, "The Fellowship of the Ring" (2001) and "The Two Towers" (2002)--unaccountably, Jackson deleted Lee's scenes from the theatrical release of "The Return of the King" but, after no small amount of outcry, restored them to the extended version--and brought him back for brief appearances in the "Hobbit" prequel films "An Unexpected Journey" (2012) and "The Battle of the Five Armies" (2014). He also finally got his chance to make his mark on the "Star Wars" universe as Count Dooku in "Attack of the Clones" (2002), "Revenge of the Sith" (2005) and "The Clone Wars" (2008) and while those films were generally dire, his lightsaber battle against Yoda in "Attack of the Clones" is one of the few genuine highlights of that trilogy.

The films might not have always been wonderful, but you never saw him slacking, and as a result, he could make a bad film into something tolerable, at least while he was on the screen, and a good film into something great. As someone who grew up watching his films (and who was once lucky enough to meet him when he came to serve on the jury at the Chicago International Film Festival one year), I can assure you that while he may not have been a movie star in the classic sense, he was one of the great screen presences of all time, and he will be truly missed.